The Greek state budget for 2017 (draft tabled to Parliament on Monday 3/10) envisages an economic growth rate of 2.7% and a primary surplus of 1.80%, slightly higher than a target of 1.75%. The primary surplus is expected to reach 0.63% of GDP this year, surpassing an initial target of 0.5%, and to rise to 1.80% of GDP in 2017. Finance Minister Euclid Tsakalotos stressed that the new budget signals the return of the Greek economy to positive growth rates. 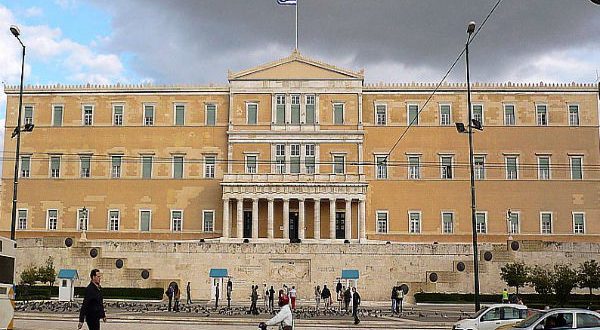 The implementation of a key project in the goverment’s strategy for growth, the new Development Law (passed by the Greek parliament this June) has started, as professionals and business owners are invited to apply for government funding as of October 12 for the first four (of a total of eight) key schemes of the law: General entrepreneurship, engineering equipment enhancement, new independent small and medium-sized enterprises, and major investments. The new law aims to generate more than 11 billion euro in private investments by 2023, by providing incentives to the private sector in the form of a tax exemptions, cash grants, leasing subsidies and subsidies for job creation costs.  Emphasis to cash grants will be given in enterprises operating in the ICT and agrofood sectors.

In recent interventions to the press, Economy, Development and Tourism Minister Giorgos Stathakis and Finance Minister Euclid Tsakalotos have outlined main elements of the framework that aims to steer the Greek economy back to growth.

Boosting exports is the cornerstone of the development of the Greek economy and can contribute to exiting the crisis, Economy Minister Giorgos Stathakis said in an interview with newspaper "Avgi" (11/9). The minister talked about the government's plan to boost exports and argued that the previous policy of "internal devaluation" has failed and has only helped to exacerbate the crisis.

According to minister Stathakis, the lack of an export-orientated strategy is largely dlue to mistaken economic and strategic choices in 1980-2010, when the Greek economy was trying to adjust to a newly globalized market. During that period, growth was based on domestic consumption, the construction sector and the expansion of service sectors in the Balkans and elsewhere. This model proved to be un-sustainable in the long run; the Greek economy could not adjust to the global challenges and this lead to de-industrialization and to a relative stagnation in the agricultural sector.

Paradoxically, as the minister argues, even after full integration into the European economy and accession to the Eurozone in 2000, the Greek economy did not show the improved export performance that was recorded in other economies, even in the European South. Greek economy was squeezed from countries with lower labor costs and it we were able to upgrade our technology. This, according to the minister, stems from several factors: The relatively small size of enterprises, the lack of synergies, the incomplete modernization of public administration, the oligopolistic structure of many industries and the parasitic connection between the state and private companies in a variety of sectors, which were practically closed markets and sustained low competitiveness.

Today, exports of goods and services are only 10% of GDP, while the average in the EU is 25% and in Germany it is 50%. The Greek tourism and the maritime industries account for a 10% average of GDP.  Taken together with other exports, they manage to finance imports (30% of GDP) and give the image of an almost balanced balance of Payements. More specifically, in the first semester of 2016 we are witnessing see a marginal improvement in exports to the EU, a marginal decline in exports to third countries (the influence of Russia, Ukraine and some other countries is important) and in any case, a decisive improvement in the overall balance of payments, due to the low price of oil.

The minister believes that “boosting exports is a cornerstone of the development of the Greek economy and can contribute to exiting the crisis. The governments of the 2010-14 period sought to create a comparative advantage by lowering production cost, through the infamous ‘internal devaluation’. Although real unit labor costs did fall dramatically (by almost 10 percentage points compared with the EU average), the crisis actually worsened as domestic demand received a crushing blow.”

Minister Stathakis says the government is now adopting a more balanced mix of budgetary policy, with stable public spending, a fairer distribution of the tax burden and a coordinated development policy which channels investment resources thus: To very small enterprises and startups via the NSRF; to SMEs in productive and innovative sectors via the Development Law and to major strategic investments via the Juncker Plan and other financial instruments. “Together with the substantial improvement in the economic climate after the completion of the first evaluation, I believe that we are on our way to the gradual recovery of the economy.” 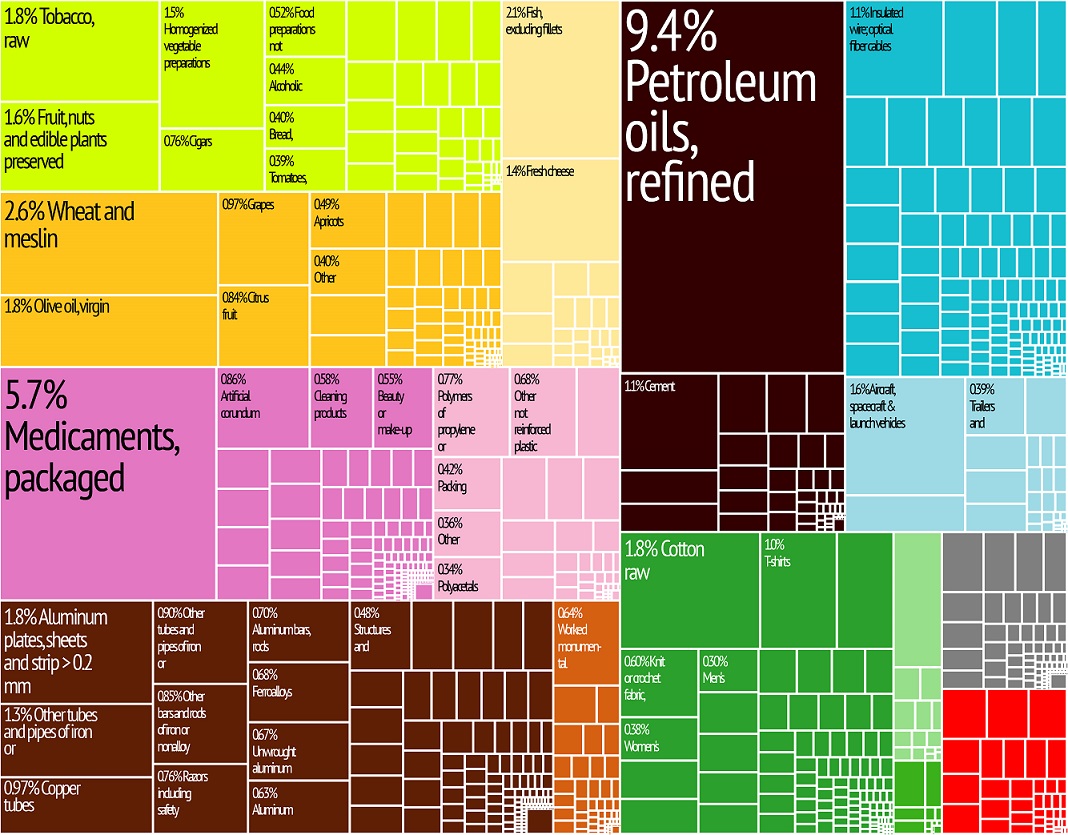 The minster underlines that the reorientation of the economy towards exports cannot happen from one moment to another. In the short term the available financial tools (NSRF, Development Law) will be utilized in order to direct resources to sectors that tap into the high-level skills of the country’s human resources. Using these tools government plans to support extroversion, strengthen innovation and cultivate the Greek brand abroad. In the medium term, the establishment of the Council for Development and the implementation of the Development Plan that is being finalized now are institutional interventions that can contribute significantly to the reorientation of the economy.

Apart from the Development Plan that focuses on competitiveness and innovation, the effort to boost the Greek “brand” abroad will be based on the countries human capital, either as workers or as businesspeople.  The minister underlines that “we believe that the comparative advantages that we should showcase are the highly skilled human resources of the country, the shift towards high-value-added activities like agrofood and innovation and technology industries. Our objective is to stimulate exports of goods and services: the international orientation of some key sectors creates sustainable investment and economic prospects. For example, construction companies now have 50% of their activities abroad, new small ventures in the agrofood sector aim at international markets and many startups aspire to be international ventures.”

Finance Minister Euclid Tsakalotos, in his recent opinion article in newspaper "Kathimerini" (3/10), co-written with Werner Hoyer, president of the European Investment Bank, also focuses on Greece’s human capital: “In Greece, 20,000 homegrown research professionals emigrated during the five years to 2014, the worst of the country’s financial crisis. We want them to come back, and we want young new scientists to see their future at home, where they can contribute to the innovation that will drive growth in the decades to come. For this reason the Greek government partnered with the European Investment Bank, contributing 60 million euros and 180 million euros respectively, to the Hellenic Foundation for Research and Innovation. The foundation issues its first call for research proposals this month and will fund the work of talented young Greek scientists over the next three years.”

Tsakalotos argues that to build a strong future for Greece, we must promote a culture of innovation that – backed by good financial regulation and investment – creates opportunities for entrepreneurs while it also supports the aspirations of small-business owners. In collaboration with the Greek government and with a view to nurturing such innovation culture, the European Investment Bank has established this year a dedicated Investment Team for Greece, and has reached an exposure to the country equal to 10 percent of the country’s gross domestic product. The European Union’s Investment Plan for Europe is also important, because it is specifically geared toward investment in innovation, with particular focus on small and medium-sized enterprises. 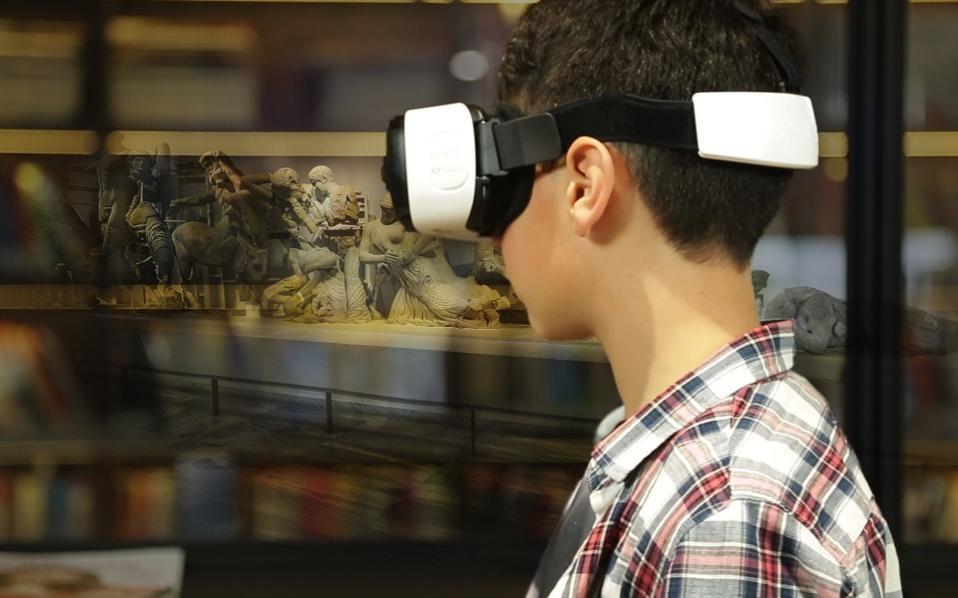