The Euro-Mediterranean Summit of Economic and Social Councils and Similar Institutions that took place on 24 and 25 October in Vravrona, near Athens, gathered together Economic and Social Councils, representatives of employers' organizations, trade unions and NGOs from more than 30 countries to discuss their role in addressing the specific challenges facing the Euro-Mediterranean region.

The Summit was organized by European Economic and Social Committee and the Greek Economic and Social Council with the aim to promote a greater understanding of the main issues affecting organized civil society in the Euro-Mediterranean region and to enhance interregional dialogue. This year, the Summit focused on the following topics: Promotion of legal migration; women participation in labour force and women's entrepreneurship; organized civil society and climate change in the view of the COP22 and the coordination of social protection systems.

"In order not to treat only the symptoms of the problems, it is essential for the cooperation between the EU and the southern Mediterranean countries to be based on a true collaboration, one of equals, which include organised civil society effectively" said Georges Dassis, EESC President in his introductory statement.

"The role of social partners and councils in promoting the acquis communautaire is of paramount importance", declared Prime Minister Alexis Tsipras on opening the conference. The Prime Minister also underlined that Europe's cohesion will be judged by its ability to face with solidarity and effectiveness the three parallel crises unfolding right now; the economic crisis, refugee crisis and the external and internal security crisis,  adding that "a Europe à la carte, that some of our partners unfortunately support, in reality means 'non-Europe'". 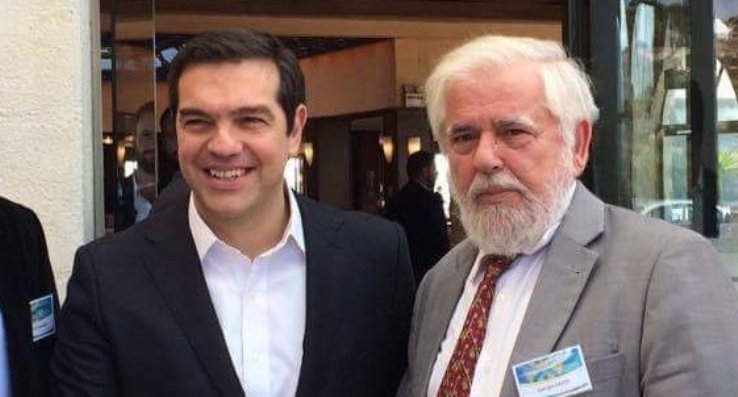 The topic of mobility was central to the Summit and the participants highlighted the importance of not only promoting legal migration to Europe but also ensuring that labour migrants have their social security rights protected during their career even if when they work in several countries. The key role that women can play in creating jobs in the Mediterranean region was also underlined.

The meeting concluded with the adoption of a common Final Declaration, which underlines Euro-Mediterranean civil society’s commitment to the promotion of legal migration, social protection, the enhancement of women entrepreneurship and the inclusion of civil society organizations in the creation and implementation of politics on climate change and in the European neighborhood policy.

Specifically on the issue of social security and coordination of social security systems, the participants underline that the global economic crisis of recent years has made more urgent the need for social protection in times of economic uncertainty, low growth and growing inequalities. Furthermore they emphasise that in view of growing labour mobility, efforts and commitments in the area of social security coordination are required in order to safeguard the entitlements of migrant workers from southern Mediterranean countries who might work for a period of time in the EU and to protect EU nationals in their work outside the EU; highlight that the promotion of social protection together with inclusion and the fight against poverty are among the areas of action and objectives to be developed by the European Union within the framework of the ILO.

Earlier this month (03.10) a conference organized by the Greek Economic and Social Committee (OKE) with the EU2020 Steering Committee -in collaboration with the EESC- titled “Reforms needed to re-launch the Greek competitiveness” took place in Athens. The conference, an initiative of the Greek ESC President George Vernicos, focused on  reinforcing the Europe 2020 strategy and giving civil society a stronger role in said strategy. The conference, which gathered together members of the EESC and OKE, alongside representatives from the government, the social partners and the civil society, provided a unique opportunity for consultation regarding the socioeconomic reforms that Greece needs to carry out: the need for a new business environment and the social aspects of competitiveness, with a focus on employment, social security and the status of social services.

The EESC president Georges Dassis stressed the importance of the social dialogue between the stakeholders, noting that it is paramount to find common ground in a number of priorities in order to further promote the ongoing reforms. Moreover, he stated that Europe 2020 is an essential tool for all the citizens but especially for the young people that needs to be re-launched and offer programs such as the vocational and professional training. Finally, president Dassis referred specifically to the initiatives taken by the EESC in response to the economic crisis, amongst them its Opinion on the mutualisation of public debt. 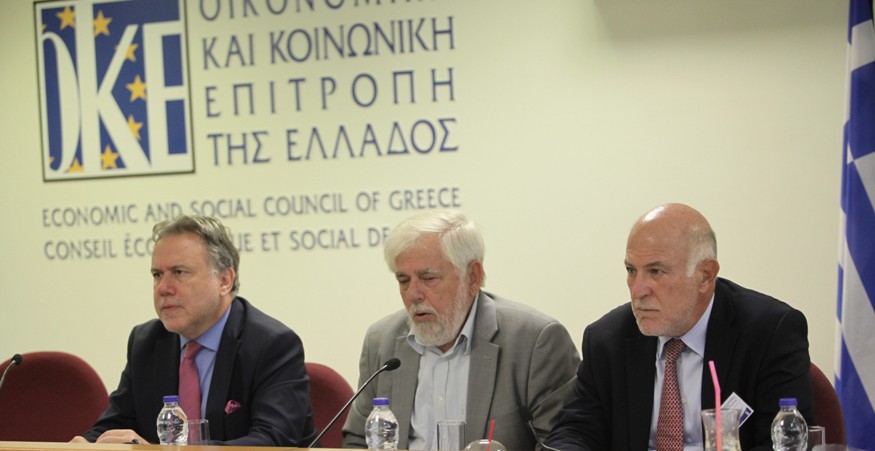