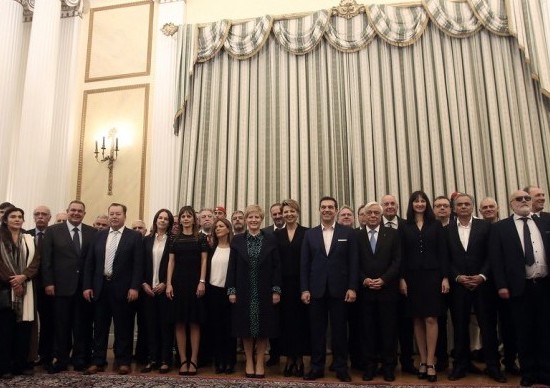 The composition of the new cabinet was announced on Friday, Nov 4. It numbers 18 ministries and 48 ministers, of whom 15 new, while 11 ministers from the old cabinet have been replaced. The new cabinet was sworn in before President Prokopis Pavlopoulos on Saturday afternoon at the Presidential Mansion, in the presence of Prime Minister Alexis Tsipras.

Speaking after the swearing-in ceremony, Tsipras said the government has an opportunity for a new beginning to fix the problems of the Greek economy and return to growth. “We have the opportunity for a new beginning, to achieve the necessary impetus that will help us complete the last critical steps of a marathon which will allow us to reach a glade. The glade of growth, which is forecast to be very high for 2017, but ‘heaven helps those who help themselves’,” he said.

Digital Policy, Telecommunications and Media Minister Nikos Pappas said on Saturday outside the Presidential Mansion where he was sworn-in at his new post, that the government will help the country exit from the crisis and set it on a path towards growth. Olga Gerovasili, the new Administrative Reconstruction Minister, told ANA earlier that the new government’s aim is to promote stable policies for economic growth, debt relief and social justice. 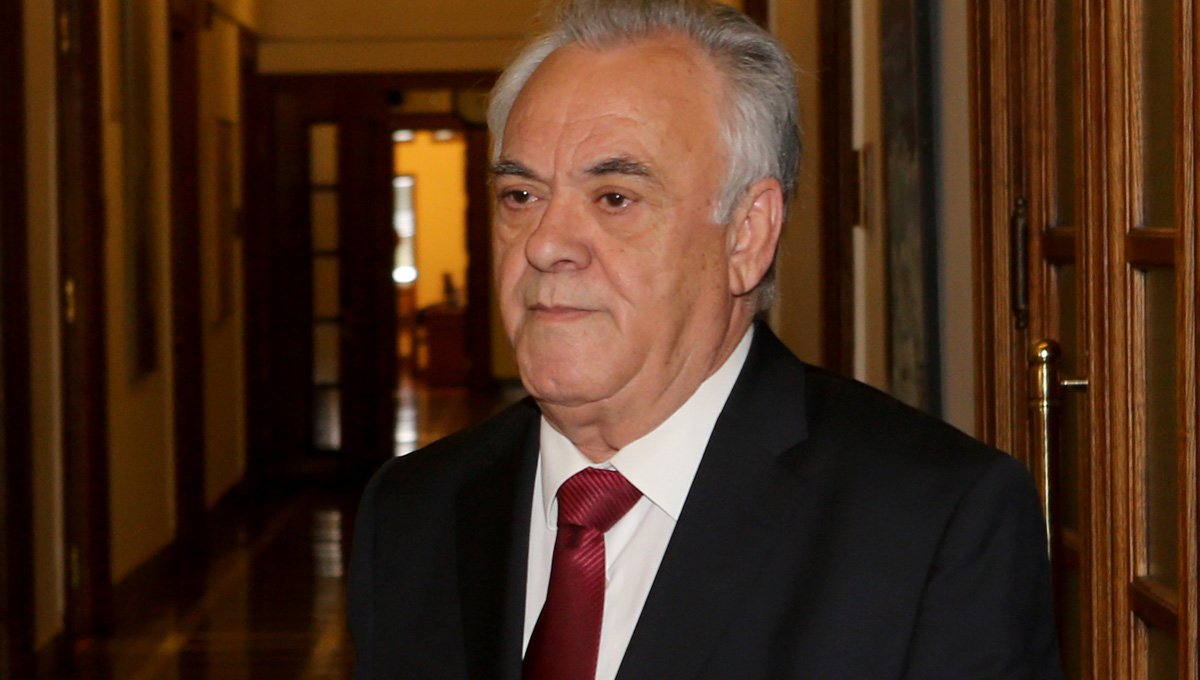 Government vice president Yiannis Dragasakis said in an interview with Realnews Sunday newspaper that SYRIZA's aim is to operate as the backbone of the new social and political alliance that will get the country out of the crisis and of the memorandum. Asked if Greece will be in position to enter the markets in 2017, Dragasakis said that this could happen soon with the settlement of the debt and Greece's participation in ECB's quantitative easing programme. Asked whether it is better a ''heroic exodus" (of the government) if the pressure continues by the lenders, he said that in his sense there are no "heroic exoduses" but struggle to the end.

“Nothing has changed and nothing will change with this government”, stated New Democracy spokesman Giorgos Koumoutsakos on Sunday, Nov 6, while PASOK said in an announcement after the first meeting of the new Cabinet on Sunday that SYRIZA-ANEL bankrupt government can't get the country out of the crisis and the memoranda. The new cabinet will not provide any solutions to the country’s problems, Communist Party leader Dimitris Koutsoumbas said on Saturday, Nov 5, adding it was a communication tactic of the government to try to restore its public profile.

Many foreign media comment that the reshuffling shows the government’s wish to speed up reforms in order to speed up the evaluation process. According to the Guardian and Reuters PM, Alexis Tsipras, has reshuffled his government to boost bailout reforms in the hope of getting the EU to agree to critical debt relief by the end of the year, while Bloomberg comments that Tsipras wants to turn around his political fortunes and work toward better terms from creditors by naming new ministers. 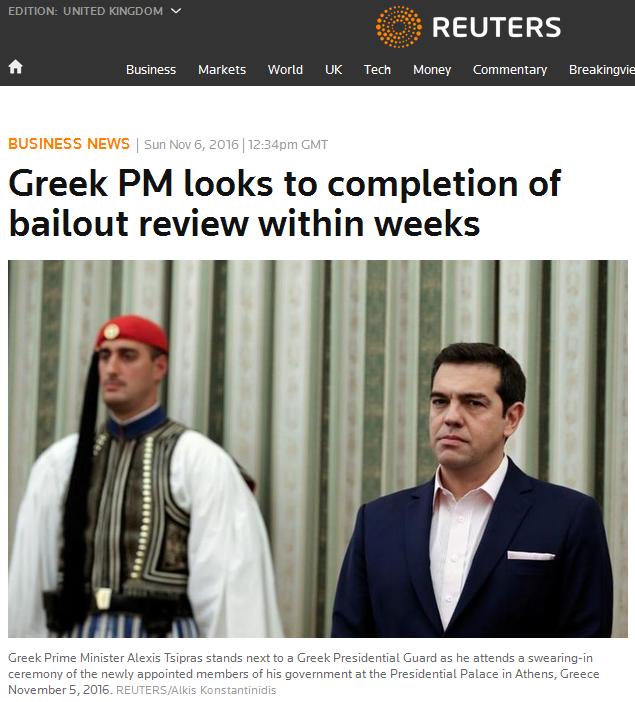