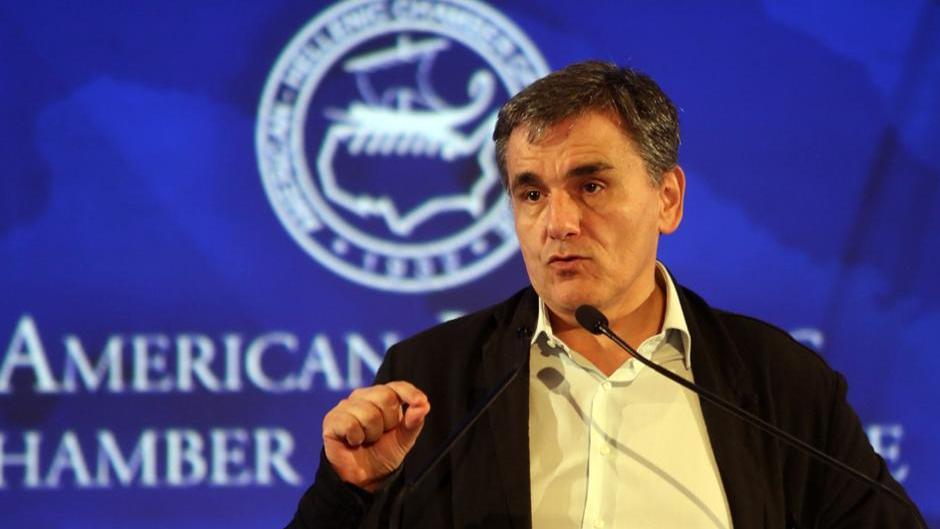 Finance Minister Euclid Tsakalotos on Monday 28.11 proposed the lowering of primary surplus targets by one percentage point in 2019, after the end of Greece's adjustment programme in 2018, from 3.5 pct of GDP to 2.5 pct of GDP. Addressing the American-Hellenic Chamber of Commerce’s The Greek Economy Conference: Greece and the Global Disruptive Environment in a keynote speech (“The Greek Debt: Accelerating the Turnaround of the Greek Government Finances”) he stressed the estimated 1.8 billion euros lower surplus targets will save should be spent exclusively on boosting competitiveness, by lowering the taxes and contributions paid by small and medium-sized enterprises:

"Some countries say that Greece's biggest issue is not its debt but competitiveness," Tsakalotos said, referring to comments by German Finance Minister Wolfgang Schaeuble last week. "If Greece's problem is competitiveness, I can't think of a better measure than reducing its surpluses. My proposal is the following: Let's agree to lower the primary budget surplus target to 2.5 percent from 3.5 percent and the Greek government will ensure that the full one percentage point difference will be allocated to tax relief for small and medium-sized companies ... to boost competitiveness." Euclid Tsakalotos also clarified that "fiscal space" created by tackling tax evasion and illegal trade will be spent on social actions, while that from reducing primary surpluses will be spent on growth. "If the primary surpluses are not reduced, the compromise between the International Monetary Fund and the Europeans will on us and the Eurogroup will say, pass more measures. That is neither honest, nor does it make economic sense. We have implemented the programme to the letter. Greece cannot adopt any more measures," he said. 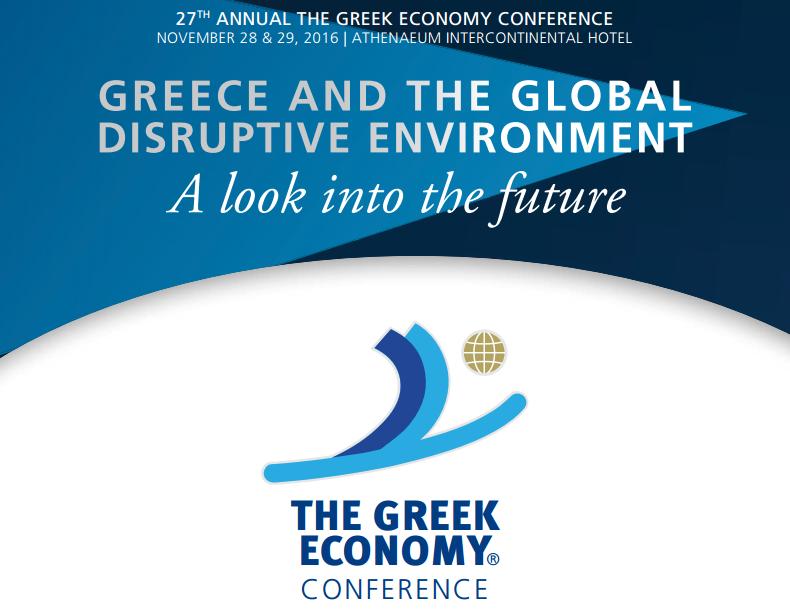 Tsakalotos said the next month will be the most crucial after July and August 2015, since without a conclusion of the second review, there will not be a solution on the debt and Greece will be unable to join the ECB's quantitative easing programme. Ultimately, this will prevent attempts to essay forth into the markets in late 2017 or early 2018, when the current Greek programme officially comes to an end, he said.

Greece will legislate based on best practices in the EU

Finance Minister identified three main issues in the talks with Greece's creditors, starting with the reforms and fiscal targets for 2017-2018. Tsakalotos noted that Greece's reform programme over the past year had been unprecedented, touching on all aspects of the economy and the state, while expressing some impatience with the International Monetary Fund's (IMF) "scepticism" about the "quantity and quality" of Greece's reforms. He pointed out that, regarding labour issues, the Greek government was "negotiating entirely within the memorandum we signed in 2015, that Greece will legislate based on best practices in the EU." He also pointed out that the "Committee of Wise Men" had supported government positions on collective bargaining and mass layoffs. Tsakalotos criticised attempts by European institutions to "negotiate outside EU best practices" in this context, noting that they should "not consider that a country in a programme also has reduced rights." "The reason why we want collective negotiations is so that workers can also partake in the benefits of recovery," he added, noting that the 'centrifugal' forces now seen in Eurozone were caused by the workers' sense that they do not participate in growth.

Another issue, Tsakalotos said, was the fiscal gap arising in the 2018 primary surplus target (3.5 pct of GDP) due to the implementation of the Social Solidarity Income benefit. He said this distance had been successively covered and did not now exceed 0.1 pct of GDP. He also pointed out that total social spending per capita in Greece was low by European standards, not exceeding 65 pct of the EU average and 55 pct that in Germany. "We are not, therefore, generous; we are among the lowest in this area. And growth cannot go hand in hand with inequality and social exclusion," he said.

Regarding the 2019-2020 primary surpluses, Tsakalotos reported that Greece, the IMF but also several European countries considered that primary surpluses of 3.5 pct will be hard to sustain for several years."The IMF says that this is also its own analysis, because it creates recession and austerity. But the IMF also says that if the Greeks agree to high surpluses, we will require more measures of them....instead of facing up to the big countries in Europe who resist measures for the debt, they are targeting Greece, which is in a weak position," he said.

On the debt, Tsakalotos reported good progress on the short-term measures and said the Greek government was "waiting with great interest for the discussion after December 5 on the medium-term and long-term measures." He said the government's intention was for the three 'aspects' to tie in together, so the IMF could make a decision.

Few people now believed that the Eurozone was going through "golden times," Tsakalotos added, and one of the reasons was that it showed itself unable to solve problems and preferred to "kick the can down the road". "If they do this again for Greece, this will not only be bad for Greece but for the entire Eurozone. Success is when you give a country a clear corridor and when you show the people that the solutions include them," he concluded.