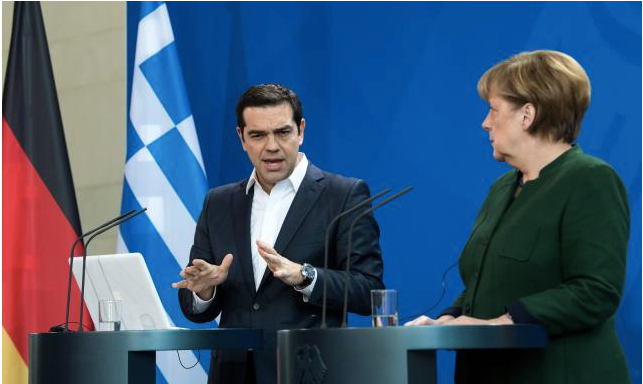 The Greek government is determined to defend the rights of its people and not bow to measures that perpetuate austerity, Prime Minister Alexis Tsipras told lawmakers at the 5th conference of the Party of the European Left in Berlin on Saturday Dec 17. “We are determined to promote the rights of the Greek people. We’re determined not to abandon our people to ‘yes-men’ who support continuing austerity for many years,” he said on his second day of his visit to the German capital where he met with Chancellor Angela Merkel and other top German officials and lawmakers.

PM Alexis Tsipras defended the government’s decision to announce bonuses for low-income pensioners and a suspension of VAT increases for islands affected by the refugee crisis, saying they did not run counter to the country’s commitments. “Our creditors must keep in mind that the Greek people have made many sacrifices and now it is their turn to fulfill their obligations. They should implement the short-term measures for the debt and open talks about lower surpluses,” he continued, saying that creditors and the International Monetary Fund cannot exclude Greece from the labour laws applied in the EU.

Back in Athens, 195 MPs approved the government’s proposal to allow 617 million euros to be distributed among pensioners who earn less than 850 euros per month, with the retirees on the lowest incomes receiving the most. In an interview with Athens News Agency, Parliament President Nikos Voutsis commented on the dispute between the International Monetary Fund (IMF) and European Union institutions over the Greek programme, saying it was an attempt, led by Germany's Finance Minister Wolfgang Schaeuble and the Dutch in Europe and Poul Thomsen in the IMF, to "crush Greece between the elephants."

According to Nikos Voutsis, nobody now considered that Greece's debt was sustainable, or that sustained primary surpluses of 3.5 pct over several years were realistic. They all understood, by contrast, the realism of the FinMin Euclid Tsakalotos' proposal that a part of the surplus go toward boosting competitiveness, growth and for the relief of socially disadvantaged groups. All sides also understood that the country will not be able to reliably tap the markets after 2017 unless it enters the ECB's quantitative easing programme, he stressed.

Secretary General for Fiscal Policy Franciscos Koutentakis, in an article published in Wall Street Journal (Dec. 12), pointed out that “The government took more fiscal measures than necessary and imposed an excessive negative effect on real economic activity. Less money in private pockets results in less private spending, lower economic activity and diminished growth rates.” Koutentakis explains why refunding the excessive surplus back to low-income individuals, who have suffered the most during the crisis, is better than clearing arrears or spending on public investment and infrastructure. According to Koutentakis, low-income individuals have a higher propensity to consume and in that way the boost to private economic activity would be substantial.

For the second consecutive year, Greece has achieved its goals in terms of tax collection. How fiscal policy implementation supported that effort?

Fiscal policy has been implemented according to the agreement between the government and the creditors' institutions. We designed and successfully implemented a package of measures that delivered a better fiscal result than anticipated. From the revenue side, this was the outcome of improved tax compliance and better-than-expected economic activity. From the spending side, it was due to the disciplined stance of the fiscal authorities that did not allow deviations from spending ceilings.

The announcement of the low-income pensioners’ bonus increased skepticism regarding the dependability of the government. What do you say? Why the redistribution of wealth is important for the government?

The government has a specific political orientation that favors the bottom-end of the income distribution. Moreover, poor people tend to spend a higher proportion of their income, hence a transfer towards them has a substantial positive impact on economic activity. The specific decision of the government is fully consistent with clear political priorities and sound economic reasoning. It does not imply any risk for the achievement of the fiscal targets and does not violate the programme commitments. 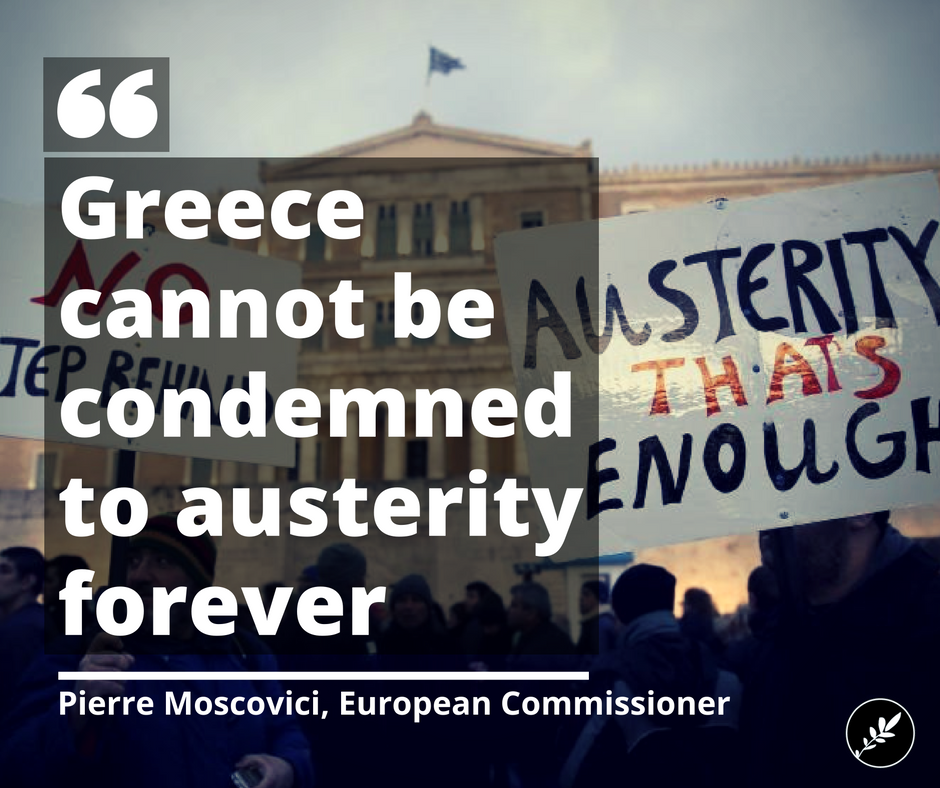