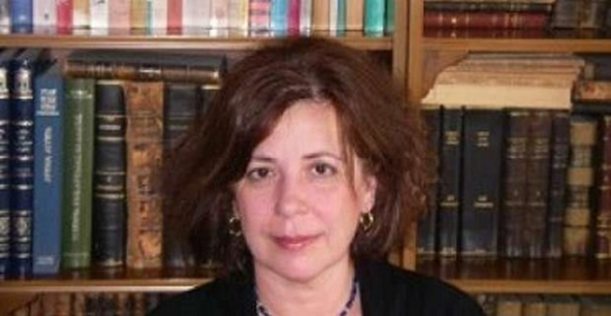 Professor Ifigeneia Kamtsidou, President of the National Center for Public Adminstration (EKDDA) gave recently an interview to newspaper Epohi (23.04) on the Greek goverments' plans for public admininstration and the welfare state. Kamtsidou points out that even if creditors are trying to impose failed policies of neo-liberal orthodoxy, it is possible to develop a parallel program that could reorganize the primary sector and diversify the country´s productive model, thus creating conditions for rebuilding social institutions. She argues that even though the social policies the goverment implements right now are designed to basically help those who are in extreme poverty, one of the main goals that the government must set and pursue is to regenerate the welfare state for the whole society.

Ifigeneia Kamtsidou believes that the Greek state is not overgrown, on the contrary, many agencies are understaffed. However, it indeed has been wasteful and mismanaged in some cases, and that is why the rational reorganization of services across the public sector is a very important step, and one the governement is already implementing in the case of healthcare services. Another example is the law passed for the establishement of a decentralized, integrated system for citizen communication with the administration. Finally, Kamtsidou heralds the National School of Public Administration and Local Government (ESDDA) as a flaghsip of this effort to re-organize the public sector, because its graduates are public officers who can effectively manage public affairs and also possess a wider understanding of the importance of state-citizen relations.

Read below excerpts from the interview*:

We do not know yet the outcome of the negotiations between Greece and the creditors. Could you comment?

Evaluating the negotiations between Greece and the international creditors has been and remains an extremely difficult process, as on the one hand, the creditors are trying to impose failed policies of neo-liberal orthodoxy, and on the other hand the government and the people are trying to defend the welfare state and the rule of law, the possibility of democratic governance of the country. It is very difficult for the government to enforce its own policies in the context of the impending agreement.  Economic relations are globalized, and hence cannot be controlled by a national government; furthermore, Greece is particularly dependent on financial aid. This, of course, does not preclude in principle, the development of a parallel program that would reorganize, for example, the primary sector, diversifying the productive model and creating conditions for rebuilding social institutions.

How about tackling the Greek people’s biggest problems, such as unemployment, disposable income, education, health? Has that possibility opened up?

Experience shows that reliable and rational management of public finances allows for the development of social policies that counterbalance austerity measures, and could also form a base for rebuilding social welfare. If there is a rationalization of finances, if we effectively use European funds, if corruption is eradicated, welfare state institutions can be regenerated and thus large categories of population that have suffered drastic reductions in their income could regain access to health, social security, education, etc.

SYRIZA was called upon to rule without any government experience and under the pressure of very tough negotiations, so governance in the first few months had some gaps or failures. However, today, two years after the government took office, government officials have gained experience, and SYRIZA has become fully fledged a ruling party.

The criticism it receives for the policies it enforces is partly justified: policies of a minimal welfare state are what is being implemented at the time: that is, policies that help only those who are in extreme poverty. The welfare state, however, has a broader mission: it takes care of society as a whole and designs policies to redistribute wealth. This is one of the main goals that the government must set and pursue.

Let's look at the government's work on Public Administration. What has changed?

It would not be safe to carry out an evaluation of the effectiveness of public services during the last two years, when there were dramatic events, we had three elections, and the country was at risk of fiscal suffocation. It is, however, necessary with the conclusion of the negotiations that reforms in the public sector become a priority. For, although some legislative initiatives have been completed, such as the one for filling public sector positions of responsibility, they have not been implemented and thus have not produced any results in the administrative structure.

This delay is due first of all to inertia within administrative mechanisms and secondly, any reform must be adopted by the people it concerns. It is not so simple for a heterogeneous body of 500,000 civil servants to embrace the necessity of change without hesitation, especially when it deals with deeply rooted problems. However I believe that with SYRIZA in government, its tradition of protecting rights and respecting each individual's value has influenced the attitude and practices of Public Administration, turning it more citizen-friendly.

How true is the critique from the right that the Greek state is big, wasteful etc?

Comparison with other European countries shows that criticism of an overgrown state is a myth. On the contrary, there are several agencies that are understaffed. Moreover, we must not forget the specificity of our island country, with some very poor regions, where, without state intervention, any development would be impossible. The study of the Greek state shows the following: public administration has indeed been wasteful, and there were few cases of mismanagement. In the past two years, efforts have been made to reform important public services such as healthcare. The rational reorganization of services across the public sector is a first and very important step.

The government should create structures that either protect social rights or grant access to basic goods to all members of society. This means that ministers should not simply legislate measures, but also implement mechanisms to ensure better citizen service. For example, law 4369/16 foresees a decentralized, integrated system for citizen communication with the administration. According to this law, a department for the reception of complaints, suggestions and opinions of the citizens would be established in each ministry. This decentralized structure, to which the citizens will have free, unobstructed and easy access will be coordinated by the Public Administration Observatory, which will operate within the National Center for Public Administration.

The National Center for Public Administration, where the School of Public Administration belongs, is the strategic human resources development organization for the public sector. It has two major educational activities: on the one hand, the production of fast-track executives, on the other hand the training of all employees. Its mission is also to carry out studies to support public policies. Finally, innovative workshops provide the opportunity for a structured and open dialogue among Public Administration officials, political leadership, and representatives of social actors. The School must be the flagship not only of the National Center, but of the whole of Public Administration. Because the graduates of the School are the public officers who can effectively manage public affairs, but also possess a wider understanding of the importance state-citizen relations. This is the big bet for the School and the Center: we want the executives to be trained in the next academic years to be the carriers of a new concept for the administration, as a protector of citizens’ rights and the common good.