Alternate Foreign Affairs Minister on the Malta Agreement, Labour Relations and the formation of a new social majority in Europe 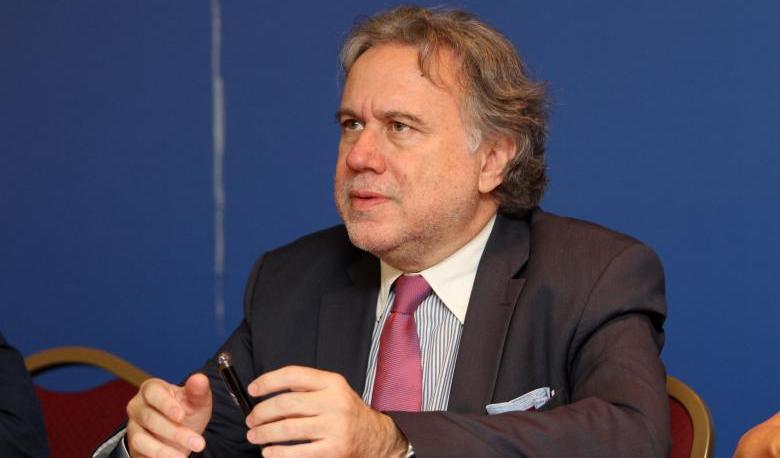 In his interview with Epohi daily (The best possible agreement under the current circumstances, 20.4.2017), Alternate Foreign Minister for European Affairs, George Katrougkalos underlines that the agreement reached at the Eurogroup meeting in Malta as regards the conclusion of the evaluation of the Greek adjustment programme on April 7th was the best possible in order to avoid an endless negotiation and that the measures to be adopted for 2019 will be neutralized by positive counter measures. He rules out the fourth memorandum scenario as a development no one wants. He stresses the Government’s emphasis on social justice and the formation of a new social majority in Europe.

The main points of the interview are:

Last week, a political agreement for the conclusion of the evaluation was announced. According to Finance Minister Euclid Tsakalotos, it includes some difficult points. What do you think about it?

It is the best possible agreement under the current circumstances. The International Monetary Fund (IMF) had unreasonable and in bad faith demands in bringing back, e.g., the pensions issue which was settled during the first evaluation. It was not, of course, something we did not expect from the IMF, because in the course of the negotiations it displayed extreme neo-liberalism that was systematically harsh on all social matters. Under these circumstances, and given that Europeans have virtually granted the right of veto to the IMF, our choices were either an endless negotiation or a compromise. In order for the compromise to be honest and acceptable, it had to include our initial goals, which we finally achieved; which means that, contrary to the Fund's demands, there will be no austerity measures for 2017 and 2018, which would strangle the economy while it is recovering. And it seems that today all conditions for significant growth exist.

Secondly, after 2019, these measures, which we would never have adopted on our own, will be counterbalanced by counter-measures so that positive measures will neutralize the negative ones. The devil, of course, hides in the details. These positive measures should be designed to protect the most vulnerable so as to have redistributive benefits for the poor, and not for the rich as the IMF wants. 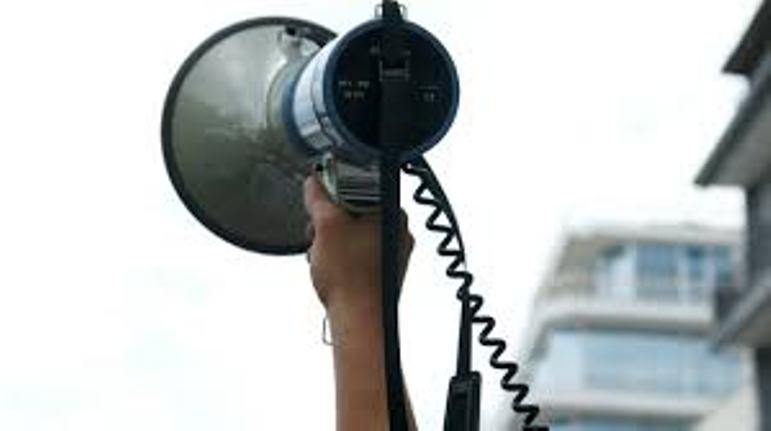 The devil hides in the details

Minister of Finance Euclid Tsakalotos also stressed that in order to eventually reach an agreement, it should include medium-term measures relating to the debt issue. However, the German Finance Minister Schaeuble suggests this discussion should take place after the end of the programme. Is there a chance that the deal does not succeed?

There should indeed be commitments for more specific measures on debt. The riddle of the Greek economy cannot be solved; it can’t return to positive indicators if this issue is not settled too. We hope for a package deal. Even Schaeuble does not suggest discussing the debt issue after the end of the programme; he has accepted the concept of a framework agreement.

He said, however, that we have a political agreement and the technical details remain to be seen. Could they be hiding new requirements?

I said myself that the devil hides in the details. But the political agreement sets the limits that exclude this danger. I think we are indeed at the end of the tunnel, in the sense that nobody wants to drag the issue any further, except the extremist players who cannot stand a left wing government in a European country.

However, both Greek and German press persist on the probability of a fourth memorandum.

Even Schaeuble has ruled this out. There is no such case. This scenario is held by the “troika of the interior”, which has its own agenda, far from national interests, but also those who do not want, as we said, a left wing government in Europe. It is not a scenario seriously discussed because no one wants it - and more than anyone, our government doesn’t want it, since we plan to be freed from inspection at the end of 2018. Nor does any other European country wish to ask its parliament for more money for Greece.

What has happened with social security and pension policy? Why has the issue returned to the negotiating table?

The implementation of the social security- pension law has just begun; it has not yielded results as yet. The only reason that the issue has resurfaced is the IMF's bad faith tactics. Moreover, what has not been understood even in our own camp, due to the propaganda from the other side, is that the main contribution of the reform was its intervention in the structure of the system, the restoration of its balance in terms of social justice. What were the fundamental principles of the law? To have the same rules for all and to estimate contributions on an income basis, rather than on a virtual one, as was the case in the past. This is precisely why the reform has resulted in a reduction of contributions for 80% of the insured.

The second positive structural element was the introduction of the national pension into the poverty threshold, precisely so as to protect the most vulnerable section of the population. These issues are already an institutional acquis and are not affected by the agreement. What is affected is the personal difference allowance that we had secured as a transitional measure for pensioners, until new pensions which have been linked to the GDP growth rate rise together with the economy and reach a balance with the old ones. This is now back on the table, due to IMF’s bad faith. It remains to be seen how it will conclude, because it has to be discussed at a technical level.

There was a battle on labour issues. Collective bargaining will be applied in 2018 and there will be changes regarding trade unions. How restrictive will they be? And what other actions could be undertaken to protect workers, for example, from undeclared labor?

On labour issues, we were able to resist all IMF reactionary demands and we are free to move on to our fundamental demand, which is collective bargaining, so that Greece returns to European normality in August 2018. We didn’t accept any substantial limitation as regards workers’ rights, although some things, i.e. unionist leave, could be rationalized. You're right, though. The labour ‘jungle’ is due partly to the dissolution of workers' rights from a legal point of view, whilst what’s left of legality in the field is not implemented and many employers exploit workers, breaking the law. Several employees work twelve hours and are paid for four. That is precisely the reason why one of my own priorities, which has been adopted with even greater emphasis by minister of Labour Efi Achtsioglou, is to strengthen the Labour Inspection Body (ΣΕΠΕ).

You have said many times that the government is trying to show class bias. Has it succeeded?

Our attempt so far has been to share the burdens of the crisis in a fairer manner. That's why we’d better not talk about class bias, but social justice. The huge bet however is not simply to share the burdens better but to have growth in order for the benefits to be shared by all the Greek people. That is why we aimed for and succeeded in having an eighteen-month period without measures, in order to overcome this seven years austerity darkness. We should keep in mind that for two years we have been striving in this direction, under constant political duress, and always trying to reach a compromise so that the burden does not fall onto the weakest. We however were unable to do change the recipe, so to speak, because we lacked the financial terms for that. Now is the chance and I think that this will also reverse the overall climate.

Towards the formation of a new social majority in Europe

This is not our own vision in its breadth, but a rough draft of what we can realistically pursue today. It is the lower common denominator we can pursue, under the current correlation of power, for a more social Europe. We are making an effort together with the Social Democrats and the Greens to create a new social majority in Europe. A hope for a different policy is born from the re-orientation of the social democrats, abandonment of the "big coalition" with the neo-liberals and the distancing from neo-liberal orthodoxy.

Besides, neo-liberal policies have yielded inequalities explosive enough for even the elites themselves to have begun worrying about the long-term resilience of the system. If these policies continue, they will break Europe. These inequalities do not only exist within the states, there are inequalities extending between the states of the centre and the periphery and these are not sustainable in the long run. So the withdrawal of the Social Democrats from their steady alliance over the last few decades with the Right is partly due to selfish reasons, understanding that their absolute identification with neo-liberalism leads to their political dissolution. But they have a sense of self-preservation and of the system. The big bet for us, as we are not systemic but on the contrary want to change the system for the benefit of the people, is how we can pull off the reversal of neo-liberal policies in order to practically create prospects for something better.

What is the ultimate role of the Southern EU Countries Summit for Europe?

It is important, because the second, third and fourth biggest economies in Europe take part in it. It is therefore a strong block of countries capable of reorienting the EU. We do not wish to be an anti-Visegrad block; we want the voices of the South, which are additionally much more progressive than the European average, to be heard in the debate about the future of Europe. If we compare the proclamations of Athens, Lisbon and Madrid with the corresponding European Council decisions of the same period, they are clearly more progressive, even though in the Southern EU Countries Summit leaders of countries that are neither left-wing nor social-democrats also participate. The key is to highlight the social dimension in the debate on Europe. Another aspect is the solidarity developing between these countries as a result of the frequent contact and communication between their leaders on a variety of issues, as for example the support for Spain's position on Gibraltar, precisely because we believe we need to show solidarity to a country with which we potentially share the same interests. 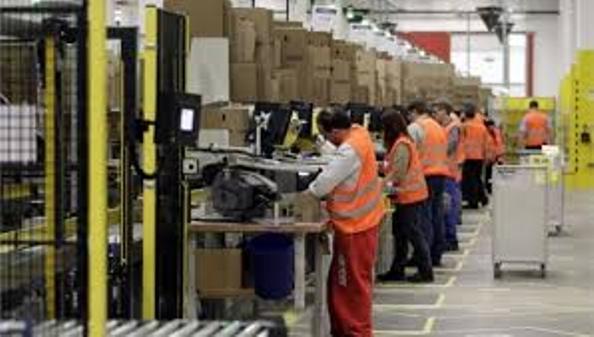