Growth should Benefit Society as a Whole 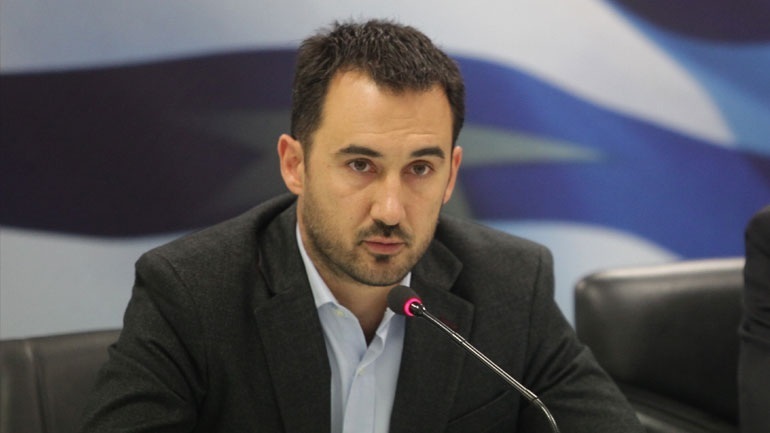 We have redesigned all NSRF (National Strategic Reference Framework) programmes by setting as key condition the creation of new jobs and opening them up to dynamic productive groups with no access until now, says Alternate Minister of Economy and Development Alexis Charitsis in an interview with Avgi daily newspaper (07.05.2017).

An economy tailored to the needs of people rather than people adapted to the needs of the economy to the point of physical and mental exhaustion. This is how the government determines ‘socially fair growth’, says Haritsis, underlining that the benefits of growth should chiefly affect workers and the social majority.

The main parts of the interview are:

Now that the adjustment programme negotiations are gradually concluding, what is the government timetable for growth?

Obviously, the completion of the assessment and the overall agreement, which lie ahead, create a new, more positive environment for the Greek economy, making growth the central priority. But we at the Economy Ministry have already methodically implemented, since the beginning of our term of office, an overall developmental plan designed to advance the economy into a new dynamic and extrovert productive model.

With a range of initiatives in the financial field, such as innovative financial instruments and the new Development Law, as well as major legislative interventions as for instance the laws we voted on simplifying and speeding up the processes for setting up and licensing businesses and the out-of-court debt-settlement mechanism, we are forming the appropriate conditions so that upon the completion of the evaluation, the accumulated dynamics of the economy are released.

What are the premises of “Fair Growth”, according to the Ministry of Economy and Development?

Contrary to the dominant neo-liberal model of development, which is based on the constant compression of labour cost, the Greek Government wants an economy tailored to the needs of the people rather than people adapted to the needs of the economy, till they reach physical and mental exhaustion. Hence, socially fair growth means that its results are primarily directed at the workers and the social majority, not just the wealthy. It also means that labour and social rights are secured.

That is why we have struggled with the institutions so as to bring collective agreements and the European acquis back to labour relations and that is why we redesigned all National Strategic Reference Framework (ESPA/NSRF) programmes, setting as a key condition the creation of new jobs and opening them up to dynamic production groups that lacked access till now. And when I say jobs, I mean stable jobs, with decent pay and full insurance rights.

According to the market, enterprises cannot endure the scale of taxes and levies. Would you like to comment?

The credence that growth rates are directly linked to low tax rates is not verified either theoretically or empirically. If this were the case, places such as the Cayman Islands and Liberia would be growth champions. On the contrary, as is commonly accepted, investments need a stable tax and institutional framework, with simple and transparent rules and procedures and, of course, clear priorities to direct investment to areas with the highest productive and development footprint. These are ensured through the new Development Law. Beyond that, the private sector recovery entails a number of other conditions, such as a sound banking system that will steadily finance the economy, a modern and credible public administration and the efficient and targeted use of all available financial resources. The Ministry of Economy moves in this direction from the beginning and the results so far are very encouraging.

What are the tangible results in the economy from the management of the NSRF programmes during the first two years of SYRIZA government and which are the future priorities?

We fully exploited the resources of the previous NSRF 2007-2013 programmes and in 2016 we achieved an extremely high absorption rate of the new NSRF. These resources kept the economy up and allowed the completion of critical projects pending for decades, such as major highways.

Given the absorption capacity in this new period we further focus on the qualitative aspects of our interventions. Our priority is to strengthen small and medium-sized enterprises through development and a strong sector of social and solidarity economy, to revitalize manufacturing and industry, aiming to create integrated value chains and linking productive activity to research and innovation.

In addition, unlike our predecessors, we focus on targeted small and medium-sized core infrastructure projects across the country, which should have been implemented decades ago. These projects contribute decisively to improving the quality of life of local communities and unlock the development potential of each region.

Read also: Alt. Minister of Economy & Development: The Challenge is to Reverse the Consequences of the Crisis