Rhodes Conference for Security and Stability 2017

The Rhodes Conference for Security and Stability 2017 will take place in Rhodes on 22 and 23 May, with the participation of Foreign Ministers and high-ranking officials from states of the Arab World, the Balkans and the southeastern Mediterranean.

This Conference is a follow-up to Foreign Minister Nikos Kotzias' initiative, inaugurated last year in Rhodes (8-9 September 2016), with the aim of establishing a forum that will deal with the current problems of the wider region of the Eastern Mediterranean and create a positive agenda for cooperation among the participants. Facing major common challenges,   many of the region’s Foreign Ministers will have the opportunity to discuss not only current geopolitical and security-related issues, but also to exchange good practices and establish synergies on a variety of matters of mutual interest, such as education and culture, environment, energy and transports.

Overall, the Greek government has currently rolled out 12 international initiatives to build peace and cooperation networks in the region - apart from the Conference of Rhodes and the Forum of Ancient Civilizations – which include: the Conference of Athens on Religious Pluralism in the Middle East; the new tripartite meetings of Greek-Cypriot cooperation with Lebanon, Jordan and Palestine and the qualitative upgrading of these shapes with Israel and Egypt; the Quartet of Thessaloniki for inter-Balkan cooperation; measures building confidence with FYROM; and the coordination of 4 Balkan EU member-states.

Towards a new framework for security and development in EastMed

The theme of the upcoming Conference is "Live and Work Together in Peace and Stability", in line with the paradigm set by Helsinki Final Act (1975), which has gradually given birth to OSCE.  It is in this framework that the “Rhodes spirit” has been already set, showing Greece’s multidimensional approach to international affairs and displaying the country’s pivotal role in regional cooperation, security and development.

Greece wants to shape a new security architecture in Southeastern Europe and the Eastern Mediterranean. As Foreign Minister Kotzias had streesed during OSCE Ministerial Council in December 2016 "...in order for us to exercise a better policy in the Middle East, we think that we should establish an Organization, in the Eastern Mediterranean and the Middle East, along the lines of the one we have here in Europe and North America; that is, the OSCE. We should move the structures we have created and consolidated here in Europe, since the mid-1970s, to this region, which is currently the most unstable region in the world. Thus, we think we should talk with all of the Arab countries, and Israel of course, about how we can create such an institution. We are trying to create a preliminary structure: We organized the Rhodes Conference, at which European and Arab states met and endeavoured, jointly, to set up a similar institution."

The Rhodes Conference is expected to include, among others, the Foreign Ministers of Bulgaria, Slovakia, Cyprus, Egypt, the United Arab Emirates, Lebanon, Tunisia and senior diplomats of Saudi Arabia, Oman and Kuwait

See also: The security architecture in the East Mediterranean at the heart of the Rhodes Conference (22-23 May); Ancient Civilizations Forum in Athens; International Conference for Religious and Cultural Pluralism in the ME; Foreign Minister Kotzias’ Press Conference at the Rhodes "Conference for Security and Stability" (09.09.16)

Hellenic Post draws inspiration from the Rhodes Conference for Security and Stability 2017 and spreads the message of the "Spirit of Rhodes" around the world: 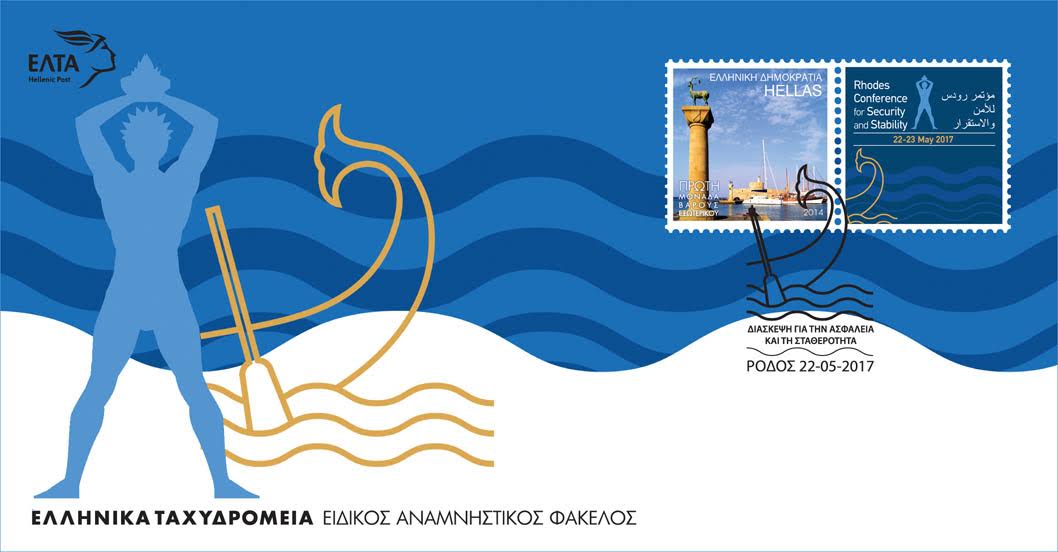