We will not accept any proposal with no final solution, gov’t spokesman says 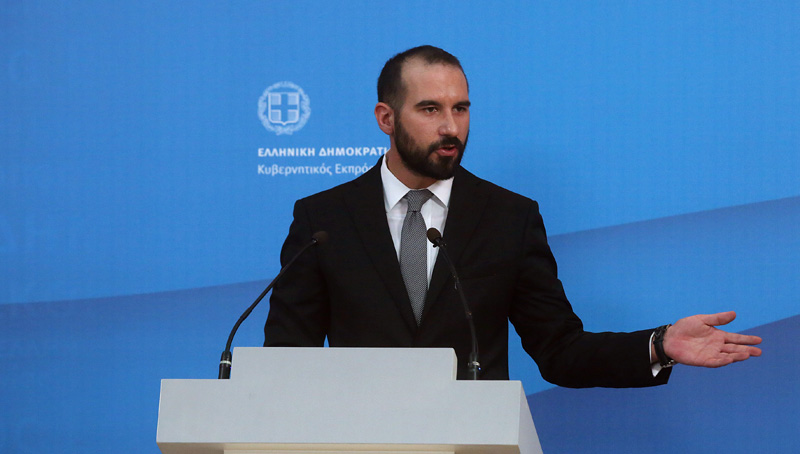 "We have made clear that we will not accept any proposal that will not provide a definite solution and does not guarantee Greece's viable return to the markets" stated State Minister and government spokesman Dimitris Tzanakopoulos in an interview with the Sunday edition of Avghi newspaper (We will not accept any proposal with no final solution / Δ. Τζανακόπουλος: Δεν θα αποδεχτούμε μια μη οριστική λύση, 4.6.2017). "The government and all parties involved in the Greek programme are working so that a solution can be reached by the upcoming Eurogroup of June 15. “Besides, it was Eurogroup itself - with a joint communiqué- that set the meeting of June 15 as a milestone" stressed Tzanakopoulos. He reiterated Prime Minister Alexis Tsipras' position that if there are no measures for debt relief by the end of the current adjustment programme, then the austerity measures that were recently voted in Parliament will not be implemented.

These measures were deemed necessary only by the IMF, as a prerequisite for its participation in the programme. So, if the Fund decides to withdraw, then the entire programmed architecture and the financial mix needed to achieve the goals set will be put back on the negotiating table.

Besides, you know that almost everyone, our lenders, international analysts, the international press recognize that Greece has done what it had to; now is the time for the Eurogroup to assume its responsibility towards Greece.”

“The momentum for reaching an agreement is there" Tzanakopoulos said, adding that "the only reason for this not to happen right now would be political. I don't want to believe that there are lenders that do not want the successful completion of the third programme. Some believe that Germany does not want Greece to exit the crisis. I am not one of those but Germany must prove it in practice,”.

“There is no issue of exceeding any limits. Greece simply requests that the partners adhere to was was agreed to and provide a clear solution to the debt issue. We understand and respect that our lenders operate under political constraints, but  it is up to them, and especially Germany, to understand our own social and economic constraints.” Tzanakopoulos concluded.