Minister Nikos Pappas: “The return to markets is a tool. The aim is fair growth" 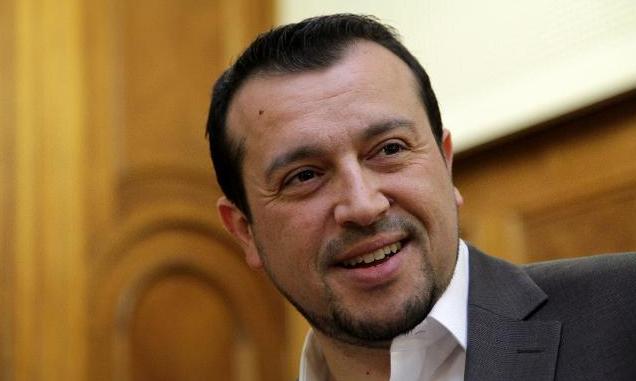 “The return to markets is just a tool. The aim is fair growth," Minister for Digital Policy, Telecommunications and Media, Nikos Pappas, said on Sunday, June 11th, in an interview with the Athens Macedonian News Agency (ANA), regarding the government's proposal to link debt repayment to growth.

Asked whether a solution will be reached at the Eurogroup of June 15th or the European Summit on June 22, the Minister said it wouldn’t be a surprise to him if the solution were reached on June 22. With regard to the French proposal to link debt repayment to growth, he stressed that “it is a proposal that we have formulated ever since we were in the opposition. It has a rationale that is contrary to the one that has prevailed so far, i.e. of remaining in austerity to pay debts, even if you fall into recession. The new proposal suggests that only if the economy grows will you pay debts. With this proposal, the economic rationale is reversed. This proposal gives priority to growth and job creation. Debt must not hinder growth. Our country has reversed the recession trend and the steady decline in employment. This is also reflected in the 0.4% growth in the first trimester of 2017, the fall in unemployment to 22.5% in March, the 26% exports increase in the same month, as well as the increase in jobs by 89,534 in the private sector and so on. Now is the time of Europe, not just of Greece. It is time for our European family to leave behind the big problems that have plagued it in the last decade”.

He reiterated that the return to the markets is just a tool to achieve fair growth, which is the main target of the Government. The proposal to link debt repayment to growth means that the debt will not hinder growth and that it will be smoothly financed either by public, institutional or private lending.

Nikos Pappas stressed that political agreements should be prominent in Europe. He underlined that one of the government's assets is its international coalitions, referring to supportive statements by the President of the European Commission, Jean – Claude Juncker, the European Socialists, the leaders of the countries of the South, members of the European Parliament, international media and European syndicates, including many from Germany.

Asked whether the negotiations are related to the German elections, he said that "a state, a partner cannot wait for the conclusion of a long electoral procedure in another EU member state. Furthermore, it cannot accept the export of a political crisis."