Conference: The Future of Broadcast Radio in Europe with DAB+ 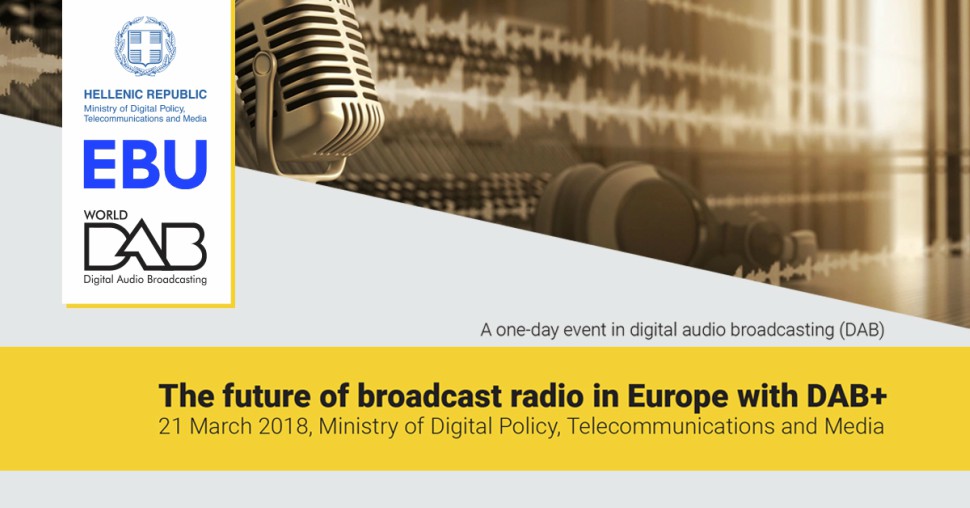 The Ministry of Digital Policy, Telecommunications and Media organised a one-day conference on the future of radio in Europe, in the new era of Digital Audio Broadcasting (DAB). The event brought together representatives of telecommunications and broadcasting authorities and other key agencies from Greece and Europe, who spoke on issues such as the future of radio in Europe, the current transition from analogue to digital radio and the position of Greece within these developments, drawing from the European experience.

Greece is now entering the digital era in radio broadcasting: On January 5, 2018, began the first test DAB+ digital radio broadcast, with seven radio programmes broadcasting, with the use of a single DAB+ multiplex, based on the facilities of the Hellenic Broadcasting Corporation (ERT). Also in January, the first legislation regulating digital radio was passed, and the Hellenic Telecommunications and Post Commission (EETT) announced a tender for nationwide and local DAB+ services, with licenses to be issued in May 2018. On this occasion, the event marked an effort to launch a crucial dialogue, focusing on these new technological developments. 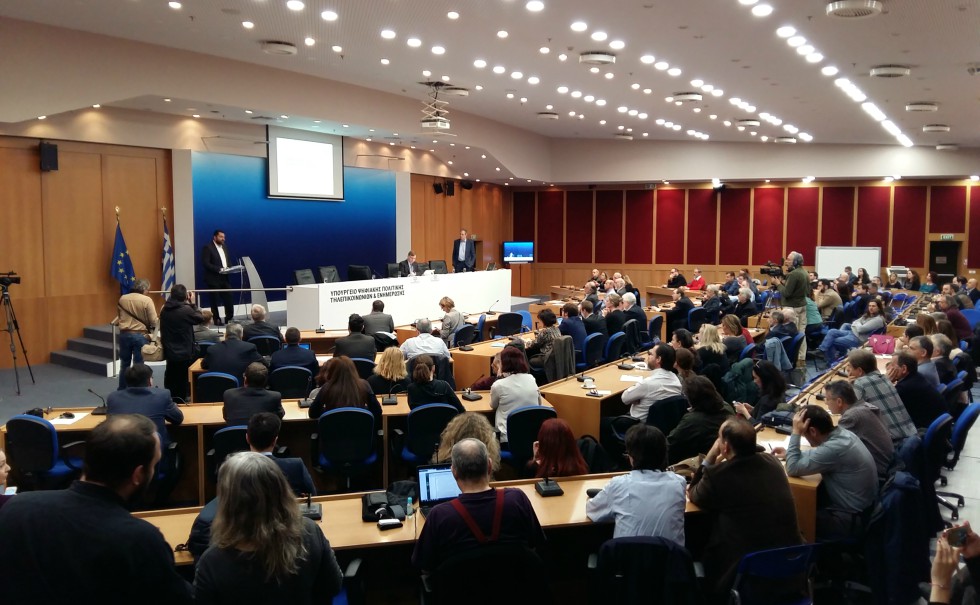 Appearing on video conference, Mariya Gabriel, European Commissioner for Digital Economy and Society, spoke of radio as an essential component of information pluralism in Europe: citizens consider it the most trusted source of news, and it keeps its local character covering, at the same time, subjects of common European interest. For the European Commission, stated Gabriel,  it is essential to facilitate the wider circulation of content across Europe, and thus they support innovation initiatives for media, promoting them and also taking legislative action, so that new audiences can be reached through a better use of technology. As she said, the approach must not be from a technical point of view alone, but also from a political, economic and social standpoint.

In his speech, Lefteris Kretsos, General Secretary for Media and Communication at the Ministry of Digital Policy, Telecommunications and Media, stressed the importance of digital transition for Greece. He spoke about the first ever legislation of digital radio in the country: the Greek DAB+ frequency and transmission sites map, which was published in January of 2018, and considers two national DAB multiplexes, one for the public broadcasters (ERT) and one for commercial stations, and up to six regional multiplexes. According to Kretsos, ERT is about to start the first pilot DAB+ transmission in Thessaloniki, after the first trial in Athens. Expressing his optimism due to the fast progress that has been made, he explained that there is still a long way to go, to make Greece an established market for digital radio. 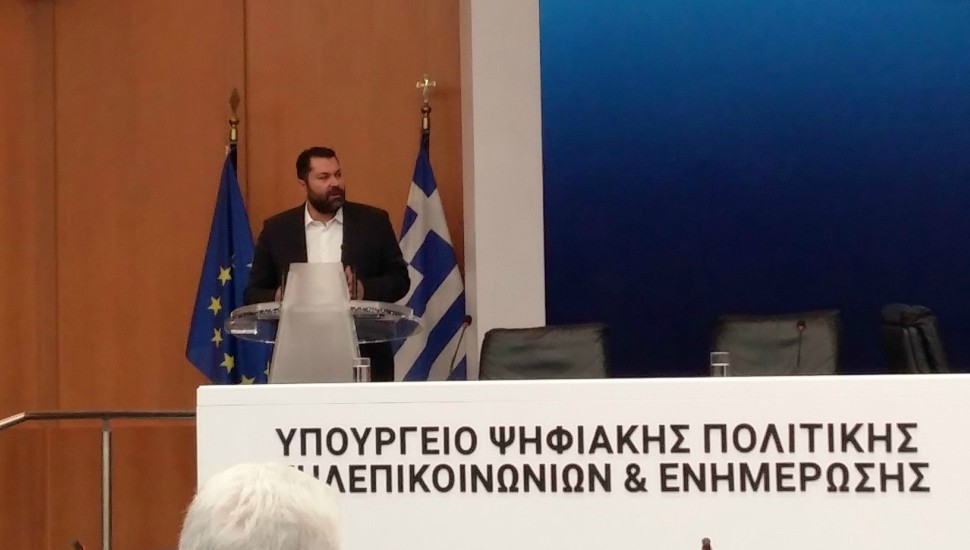 Keynote speeches were also given by Patrick Hannon, Chair and President of the Steering Board at WorldDab, the global industry forum for digital radio facilitating the adoption and implementation of broadcast digital radio based on DAB / DAB+, and Graham Dixon, Head of Radio at the the European Broadcasting Union (EBU). Demonstrating the quick expansion of digital radio across Europe during the last few years, Hannon underlined this technology’s numerous advantages, such as the significantly lower cost of digital transmission compared to analogue radio, the ability to launch national stations and, especially for Greece, the improvement of reception quality. Dixon, as well, listed a number of advantages of using DAB, such as the much wider spectrum allowing the emission of many more programmes, reaching niche audiences and also serving special purposes, as in the case of an emergency or the coverage of an important event.

Following that, representatives from radio, telecommunications and audiovisual agencies from the UK, Norway, Germany, the Netherlands, Italy and France spoke on European perspectives and Greece's place in the development of the radio landscape, drawing on their experiences from the process of radio digitisation. All keynote speakers also answered various questions posed by the audience.