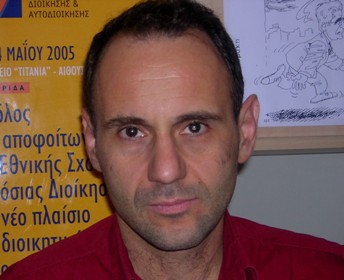 Konstantinos Papadimitriou holds a degree in Law and has studies in Administrative Science and Pedagogy. He has worked as a special scientist to the Ombudsman (2000-2015), a Director of the National School of Public Administration (2015 -2017) and is now appointed  as the Secretary General of the newly established ministry of Migration Policy. Papadimitriou spoke to Greek News Agenda* on the challenges of creating a ministry of Migration Policy in the midst of a migration-refugee crisis, on the main axes of Greece's immigration policy, on funding and NGOs, the future of migrant and refugee policy in the EU and finally, on the persisting challenge of reforming the Greek public administration.

The Ministry of Immigration Policy was created in 2016. What were the challenges of creating such a ministry in the middle of an unprecedented escalation in the refugee crisis?

The challenges were great and pressing, creating a new "public problem", so the Greek State did what it was supposed to do. It set up a new complex structure to address the multifaceted problem it faced in shaping and implementing appropriate public policy. The new structure established was on a  ministry level, because this is the level of administration that affords  the necessary autonomy to co-operate on an equal standing with numerous other players / actors in the field (EU, international organizations, foreign embassies, other Greek ministries, local authorities, NGOs, etc.) as well as the quick reflexes required by refugee flow management. The fact that this year's (2018) budget for the Ministry of Immigration Policy amounts to EUR 65 million, while that of the Ministry of the Interior, from which it originated, is under EUR 30 million and that its existing employees number 700 while there are 600 employees at the Interior Ministry, all demonstrate that choice to establised a ministry for immmigation was correct.

Of course we can, and the main axes of the national immigration policy are referred to in broad lines in our ministry’s enactment law. Greece remains a state that, above all, respects and protects human dignity, and, in addition, has all the characteristics of a modern, open, liberal and democratic society. In practice, this means that we welcome all those who arrive to us as persectuted (either because of political persecution or poverty), we recognize them through identification procedures, we examine their applications / needs in an impartial way within the rule of law, and do what our own our institutions and values demand (protection of human dignity and fundamental rights, social-human solidarity, free development of personality,  protection of public order and state security) in conjunction with our international obligations (granting asylum to those entitled to international protection, hosting a number of refugees-immigrants, etc.).At the same time, we are developing a special policy for the social integration of people who, in one way or another, have come to live in our country, so that their coexistence with Greek citizens be harmonious and mutually constructive.

In the whirl of managing the refugee issue, migration issues (residence permits, citizenship, social inclusion) have become of secondary importance. Is this now changing?

It was a necessary focus. However, efforts have already begun to balance the various public policies that constitute the mission of the ministry. Thus, a draft national strategy for the social integration of migrants legally residing in the country has already been drafted and is soon being streamlined for the necessary approvals and then for implementation.In the same vein, an electronic residence permit has already been instituted and implemented, while the further development of the ministry's administrative capacity, which is in progress, will allow us to further computerize / automate the system and expand it. While we currently have limited resources in computer systems (MIS) that are support by a small IT team, we soon expect to receive and install new IT systems for financial and personnel management that we have acquired as well and the recruitment of 10-15 employees with the corresponding skills.

We often see comments in the foreign press from European officials that, although Greece has received so much funding for refugees, the structures are significantly lacking. What would you answer to this?

The EU has indeed paid large sums of money to deal with refugees-migrants. However, these sums, provided mainly by theDirectorate-General for European Civil Protection and Humanitarian Aid Operations (GD ECHO), have been channeled to the many organziations involved (UN High Commissioner for Migration, International Migration Organization - IOM, various NGOs, which are generally not known for their sound financial management…) and not only to Greek governement bodies. But among the latter, the most important resources have been given to the Ministry of National Defense, which has contributed and continues to make a decisive contribution to the effort, while resources have also been provided to the Ministries of the Interior (Citizens Protection) and Shipping. Already, with the extension of the competence of the Ministry of Immigration Policy and the assumption of an increasing share of responsibility, a more targeted and controlled funding of the relevant activities has been launched and promoted. Further developing the administrative capacity of the Ministry of Immigration Policy, the activities of which are subject to all the rules of sound financial management and economy-efficiency, is the best response to how well the Greek and European resources are being used. 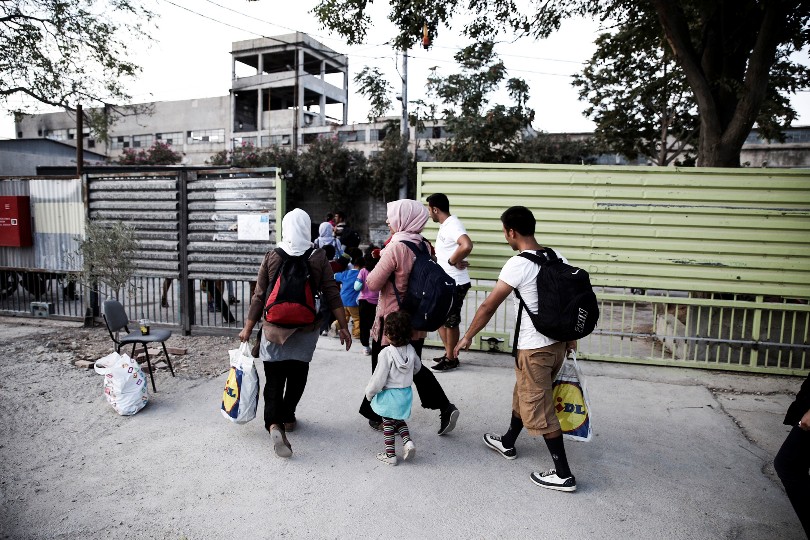 Plenty of NGOs are active in helping refugees. Is there any control over the quality of the services they provide and the management of the money they receive from the state?

We have now overcome the initial stages (summer 2015-summer 2016), when anyone who could contribute arrived and started operating on the field, almost without any control. The newly organized Ministry (since October 2017) has set up and maintains an NGO Registry, which has registered about 50 organizations while several other applications are pending. Those not listed may not enter and operate within the reception / hosting centers. The upgrading of our Registry that is already underway provides the ability to evaluate and expel from it any NGOs that do not meet the specifications and the conditions under which they must act.

The resettlement policy has stalled in the EU, mainly due to reactions from Visegrád Group countries. With the recent election of populists in Italy, how do you see the future of migrant and refugee policy in Europe?

You are right in both your initial observation and apparent concern. Some Eastern European countries show a remarkable lack of solidarity but also a claustrophobic mindset that’s sadly reminiscent of the past. The humanity and ethos exemplified by the people of Greece during the 2015-16 refugee crisis did not seem to sway some governments (Hungary, Czech Republic, Austria), whilst lately Italy has also been showing similar negative trends laterly. What’s worse is that even in a powerful country like Germany, the issue of migrants and refugees appears to be dangerously undermining the stability of the government. In any case, problems of such complexity and sensitivity must be on the one hand tackled with tools of similar complexity and on the other by politicians with a high level of emotional intelligence. And while I am confident for the first, i.e. possessing the required tools both for analysing the problem as well as finding the ways and the resources to deal with it, I am not so certain about the second, which makes me sympathise with the concerns and wariness of many others involved with the issue. I hope, however, that in the end what will prevail in the EU will be values and not numbers, and that it will be fully understood that we are dealing with real people who have real problems at a specific point in time and do not merely constitute "refugee flows".

You have served as Director of the National School of Public Administration (2015-2017) and your doctoral dissertation concerns the organization of the state. How would you evaluate the changes that the adjustment programmes have brought to public administration? What are the most serious problems that remain?

The decades old -since the 1990s- request to rationalize the organization and operation of Public Administration, the so-called "Administrative Reform", after being mishandled for 15 years by previous governments (whether PASOK or ND or their coalitions) , after the loss of significant resources without considerable results, was further denigrated by way of its inclusion in the agenda of adjustment programmes. As such, the completely necessary Administrative Reform, thanks to the governments of the 2010-2015 period, was associated with redundancies, the abolition of departments and the general contraction of the state. As a consequence efforts made after 2015 have had enormous difficulty in being accepted.

In any case, the whole enterprise of Administrative Reform,  instituted with Laws 4369/2016 and 4440/2017 has begun bearing fruit since the winter of 2017/2018, with the meritocratic selection of Directors-Generals and the setting on course for the equivalent selection of directors and heads of departments. During that same winter, new, more complete organizational charts were drawn up for the ministries, enhanced with detailed job descriptions that are digitally posted etc. We are also seeing employee mobility implemented for the first time in the public sector. However, the most crucial aspect of reforms in our country, namely the reduction of political influence over public administration and the emergence of competent technocrats at the top of the administrative hierarchy (i.e. the replacement of politically appointed secretaries-general by competent functionaries) has yet to be put in place, Thus we cannot yet talk of having achieved our main goal, which is changing existing mentalities.