Government spokesman Dimitris Tzanakopoulos on the measures against catastrophic fires (24.07.18) 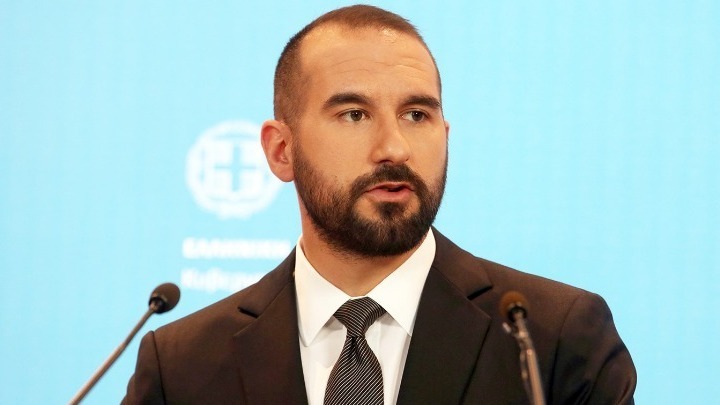 "A major effort is being made by the entire state mechanism to deal with the repercussions of yesterday's catastrophic fires," government spokesman Dimitris Tzanakopoulos said on Tuesday July 24, from the Fire Brigade Operations Centre.

Tzanakopoulos stressed that "the situation is still critical," adding that "beyond the firefighting operation, a contingency plan with the input of many ministries has been implemented." Tzanakopoulos informed that "a parallel emergency plan is underway with the mobilisation of the Ministry of the Interior and the Police, as well as the Ministries of Health, Transport, Defence, Marine and Environment and the Attica Region". Regarding the injured, the government spokesman stressed that "so far (Tuesday 24 July 2018, 12:58), 156 adults have been hospitalised, of which 11 are in serious condition, while 16 children have been hospitalised but are out of danger."

In detail, he said that "since yesterday, all available units of the Ministry of Health have been mobilised in Attica. In particular, there were continuously available 38 ambulances, four mobile units and two special disaster response units."

He also informed that "at this moment unfortunately the number of dead people has reached 50 (Tuesday 24 July 2018, 12:58). The Fire Brigade, in co-operation with the police, continues the difficult task of recording the damage."

Finally, the government spokesman made known that the prime minister spoke with the President of the Republic of Cyprus Nicos Anastasiades and the Bulgarian Prime Minister Boyko Borisov and is expected to have a conversation later with Turkish President Recep Tayyip Erdogan and French President Emmanuel Macron.