“Nothing and nobody will be forgotten” PM Tsipras says in televised address after fires (24.07.18) 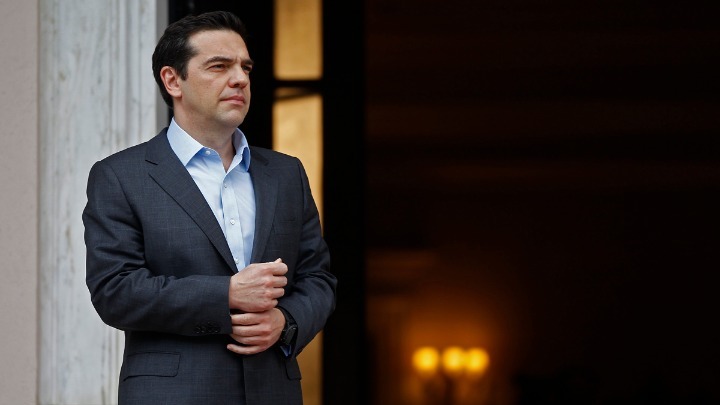 “Nothing and nobody will be forgotten. Nothing and nobody will be left without help and the assistance of the state. But also, nothing will left unanswered” Prime Minister Alexis Tsipras said in a national televised address to the Greek people on Tuesday, after the devastating fires that left at least 80 dead (Wednesday 14:30) and hundreds injured.

The entire message of the Greek prime minister is as follows:

There are no words to describe the feelings we are all feeling at these hours. The country is living through an unspeakable tragedy. Dozens of human lives have been lost and this is unbearable for everyone. More so for families who have lost their loved ones but also for those of us who are in positions of responsibility. For those who understand that there is nothing more valuable than human life.

Today Greece is mourning. And in the memory of those who were lost, we call three days of national mourning. On the other hand, we must not let grief overcome us because these hours are hours for effort, for unity, courage and above all solidarity. Only in this way, all together, we can stay upright in the face of this tragedy. Greece is going through a great ordeal. At such times, there are no differences. Their time will come and we will look - with respect, I hope, for the dead - at the hows and whys of what happened. It is now the time to mobilise and struggle. To strive to save what can be saved, strive to defeat the fire, strive to find missing persons, to not mourn other lives and soothe the pain of those who have been afflicted. With absolute respect and deep recognition: To our fire-fighters, they fought an incredible heroic fight. The rescuers of the EKAB ambulance service. To the men and women of the Armed Forces, the Coast Guard and the police that yesterday saved hundreds of human lives. With immense respect for the thousands of volunteers who are present at this time.

Nothing and no one will be forgotten. Nothing and no one will be left without help, without state assistance. And nothing will be left unanswered. Finally, I would like to warmly thank all the foreign leaders who have been expressing their solidarity and offering their help. Greece is going through one of its toughest moments. We thank them that their thoughts are with us. With unity and faith in the forces, we will stand upright.