Greek PM: "Greece has achieved a "clean exit" from the bailout programme" 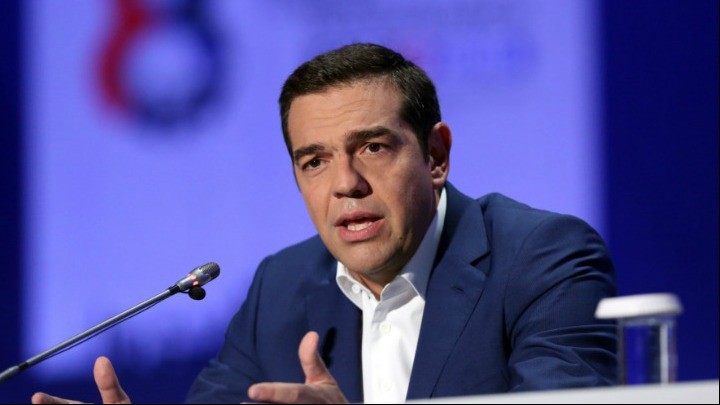 At a press conference held at the Thessaloniki International Fair (TIF) on Sunday 9 September, Prime Minister Alexis Tsipras underlined that on the previous day “we presented our plan, our vision for Greece in the new era, and in this overall framework we included the essential relief and social support measures that will alleviate the pain and correct the injustices of the financial adjustment programme era”, according to an AMNA report.

The Greek PM also noted that the package of measures he announced for the next three years was balanced and will boost Greece's growth pace.
Highlighting the importance of the 30-billion-euro "cash buffer" agreed with Greece's partners a year ago, Tsipras said that this ensured Greece will not need to resort to markets for cash during times of high market turbulence.

The Greek PM also emphasised that Greece has achieved a "clean exit" from the bailout programme without any "hidden memoranda" and was on a path to growth, having regained its credibility.

As for pension cuts, he noted that if relevant data indicate, as he expects, that the Greek economy will exceed primary surplus targets in 2019, then the argument for extra cuts, championed by the International Monetary Fund, will be invalidated.

Regarding his announcement of an increase in the minimum wage, the PM noted the Federation of Hellenic Enterprises (SEV) was only one of the social partners and that the rest had been more open to this proposal.

Regarding upcoming elections, Tsipras noted that his “basic strategic choice” was to run the full government term of office and appeared confident that SYRIZA will be re-elected in October 2019.

On the Prespes Agreement and its importance for Greece, Alexis Tsipras noted that the Agreement signed by Greece and the Former Yugoslav Republic of Macedonia (FYROM) will be brought to the Greek parliament for ratification as planned, adding that he is absolutely convinced that a majority of Greek MPs will vote for it.

The Greek Prime Minister ruled out the prospect of a referendum in Greece noting that the country is neither changing its name, nor its constitution. The agreement, he underlined, will give a substantial boost not only to Thessaloniki, but also to Greece, on its way to a leading role in the Balkan Peninsula. 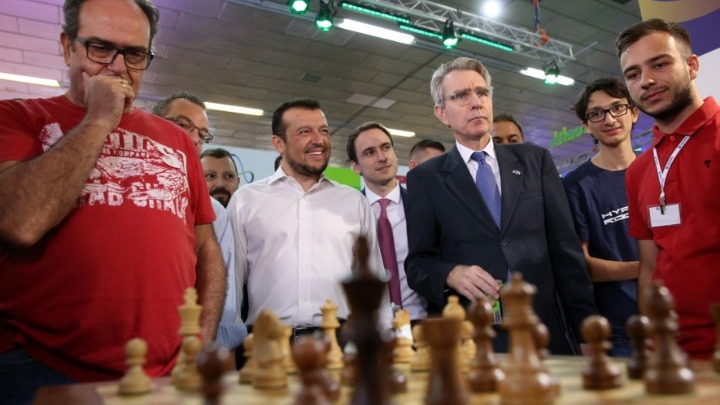 AMNA also reported that at the official inauguration event of the "Digital Greece" pavilion at the Thessaloniki International Fair (TIF), Digital Policy, Telecommunications and Media Minister Nikos Pappas told start-uppers that they are “the ambassadors of a new Greece”, adding that the state will stand by their side ensuring that their “wonderful ideas can travel...and make everyone's lives better."

In his address, Nikos Pappas predicted that the Digital Greece pavilion will become an institution at future TIFs and that "we will be even stronger next year", urging startups to make the most of their contacts and presence in Thessaloniki.
"You cannot imagine how important the signal you are sending everywhere is," he added, noting that the period of media invisibility of this dynamic sector is over, with images from the pavilion flooding the media and the web.

The event was attended by deputy Digital Policy Minister, Lefteris Kretsos, and the US Ambassador to Athens Geoffrey Pyatt, as well as the Deputy U.S. Chief Technology Officer and Deputy Assistant to the President at the White House Office of Science and Technology Policy, Michael Kratsios, who were representing the US as the honored country at TIF 2018.

The US ambassador hailed startups as a hopeful sign for the future of the Greek economy, saying it was "fantastic to see this energy and innovation" and congratulating all involved in setting up the pavilion presentation. He expressed the US Embassy's interest and support for such initiatives and noted that he has been visiting innovative start-up companies in Athens, Thessaloniki, Patras and Ioannina for two years.
"Of one thing I am convinced: that this is one of the great secret success stories of Greece," he added.

The Deputy U.S. Chief Technology Officer Michael Kratsios said that the US supports startup culture and has great interest in them, adding that cooperation in this area should be continue.