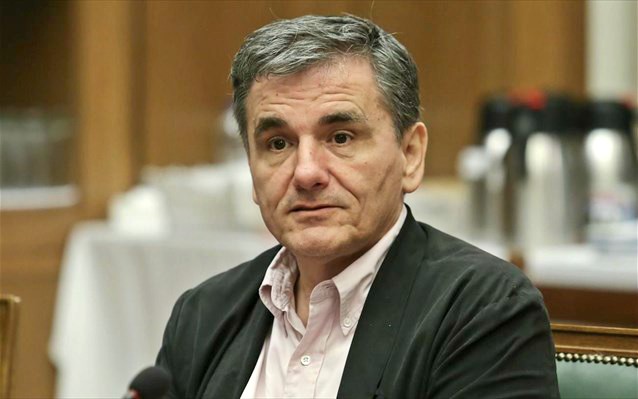 In an interview with Thanasis Tsiros for naftemporiki daily, Finance Minister Euclid Tsakalotos noted that "We will have new easing of capital controls very soon", adding that "with this new easing we will complete the second pillar (of regulations) concerning cash withdrawals and the opening of bank accounts, and we will enter the final phase for the full lifting of capital controls, the third and final pillar... concerning restrictions on moving capital abroad " (Reuters).

Also, the finance minister said that prime minister’s' pledge to reduce property taxes will manifest itself into an average 10-percent reduction in the overall tax (ENFIA) for 2019, and up to 30 percent for 2020.

“The figures add up”, Euclid Tsakalotos underlined, explaining that “they add up because we have taken as calculating basis the financial area which we have already agreed with the institutions and are included in the mid-term program.

Tsakalotos said that the government’s target is “3.5 percent primary surplus” and in parallel to conclude the reforms the government has already launched.

Asked about Berlin's position on the issue of pending pension cuts, Tsakalotos replied:"We're now operating within a framework based more on persuasion than imposition".

Finally, Finance Minister appeared optimistic as regards the course of investments, quoting OCDE figures. Moreover, he expressed the belief that there is room for the creation of 600,000 new jobs over a period of five years “in an environment with improved labour rights and worker’s negotiation power”.

The interview was the first after Greece’s exit from the third memorandum bailout last month.