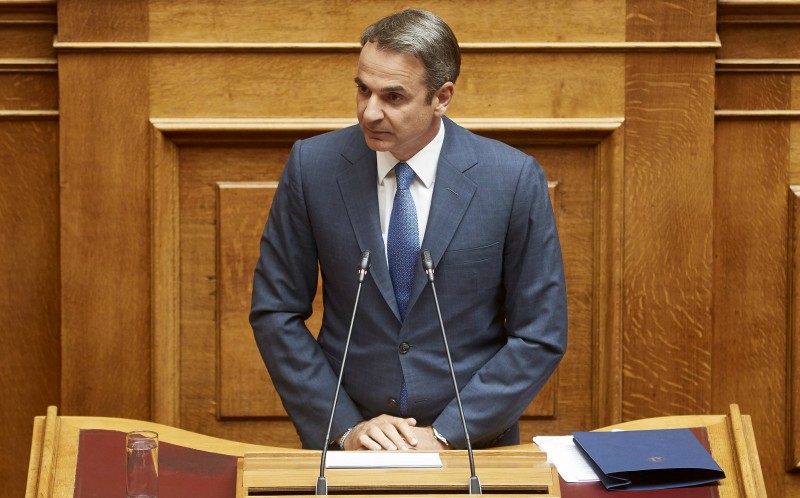 Greek Prime Minister Kyriakos Mitsotakis announced the complete lift of capital controls on Monday, during a debate in the parliament on a draft data privacy bill.

“Today I am announcing that yet another of our electoral platform pledges is being implemented and indeed ahead of schedule. In cooperation with the Bank of Greece we are completely restoring normalcy in the movement of capital. At last today a protracted cycle of insecurity is ending definitively and a new cycle for Greece’s future is beginning,” the PM stated.

According to sources, the institutions ratified the relevant amendment last Saturday.

Kyriakos Mitsotakis also praised the justice minister for the "spirit" of the draft legislation, which he hailed as an important step for modernisation, growth and social responsibility that will protect citizens and especially minors.

Athens had imposed capital controls in June 2015 as Greece was embroiled in dispute with its lenders over bailout terms and its banks were bleeding cash.

At the time, the European Central Bank decided to pull the plug on emergency funding to Greek lenders, forcing a three week shutdown of banks and a 60 euro per day cap on cash machine withdrawals. The restrictions have been gradually eased since then, but restrictions on moving money abroad had remained.

"Capital controls are now in the past," the PM stressed, adding that this was done in collaboration with the Bank of Greece.