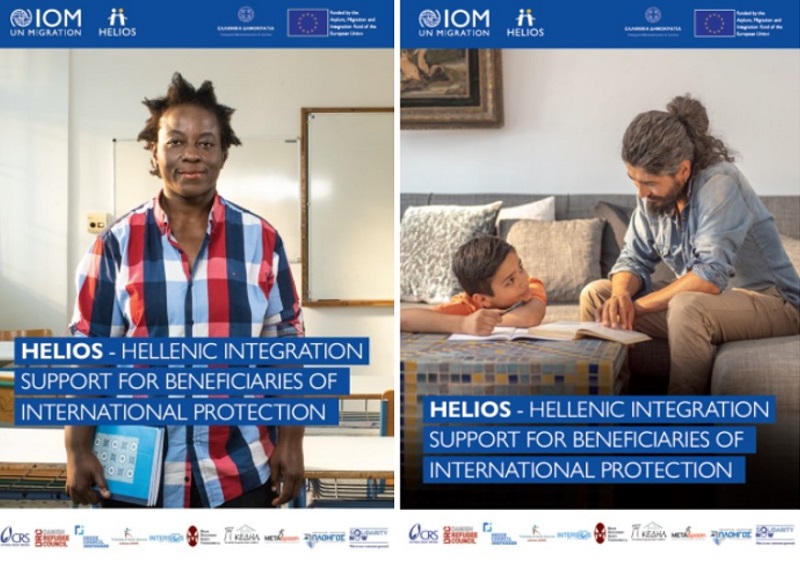 Smooth integration and coexistence between refugees and local communities are the main goals of the HELIOS project recently launched in Greece, as the country in recent years has been receiving thousands of migrants and refugees with a peak during 2015-2016.

The HELIOS project is implemented by the International Organization for Migration (IOM) in cooperation with the Ministry of Migration and Asylum and the funding of the Directorate-General for Migration and Home Affairs of the European Commission (DG Home).

The main pillars of the project include accommodation support, Greek language courses and employability support as the inclusion of refugees to the Greek society are for the benefit of both sides. In close collaboration with national authorities and experienced Partners the HELIOS project supports the integration of beneficiaries of international protection currently residing in temporary accommodation schemes into the Greek society, through the following components:

• Integration Courses: Conduction of Integration Courses within Integration Learning Centres set-up across Greece consisting of modules on Greek language learning, cultural orientation, job readiness and life skills.
• Accommodation support: Supporting beneficiaries towards independent accommodation in apartments rented on their name.
• Employability support: Provision of individual employability and job readiness support, including through job counseling, access to job-related certifications and networking with private employers.
• Integration monitoring: Regular assessment of the integration progress of the beneficiaries to ensure that they will be in a position to confidently navigate through Greek public service providers once they will exit from the HELIOS project and start living independently in Greece. 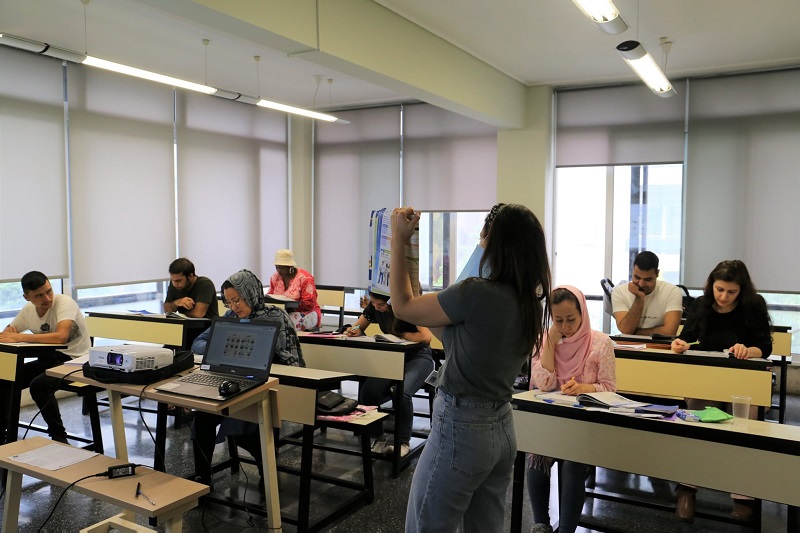 The objective of the project is to increase beneficiaries’ prospects towards self-reliance supporting them in becoming active members of the Greek society, while establishing an integration mechanism for beneficiaries of international protection.

According to IOM data from July 2019 up today, 18,947 recognized refugees have enrolled in the HELIOS project, while 6,115 of them have signed new lease agreements for apartments rented in their own name. It is worth to highlight that from June 2020 - after the decision for the exit of recognized refugees from the accommodation facilities - until 9 October, 4,428 beneficiaries of the project have been registered with new rental contracts.

The project also includes a program of sensitization of the host community through the organization of workshops, activities and events, the production of a nationwide media campaign to create exchange occasions between the hosting and the hosted communities, while highlighting the value of the integration of migrants into the Greek society.

Integration efforts through education and training are essential not only for refugee’s inclusion in Greek society but also in every EU country where they could be relocated, in the future. Effective management of migration and asylum policies in the EU also depends on the effective social inclusion of refugees and migrants through the osmosis with the European societies participating and contributing to the well-being of the communities ensuring thus the social cohesion.

The new EU pact on Migration and Asylum

A new pact on Migration and Asylum was proposed on the 23rd of September by the European Commission requiring approval by the European Parliament and member states at the European Council. The proposal sets out improved and faster procedures throughout the asylum and migration system and makes efforts to set in balance the principles of fair sharing of responsibility and solidarity. Through improving cooperation between the countries of origin and transit, ensuring effective procedures as well as successful integration of refugees and return of those with no right to stay, European Commission’s proposal is trying to introduce a comprehensive European approach to migration.

Greece during negotiations on Commission’s proposal -as a frontline country like Italy or Spain still bearing the brunt of migrant/refugee’s arrivals- will support its fundamental positions asking for mandatory relocations and solidarity insisting on fair sharing of the burden between all the member states that will balance the responsibility borne by the first host countries.