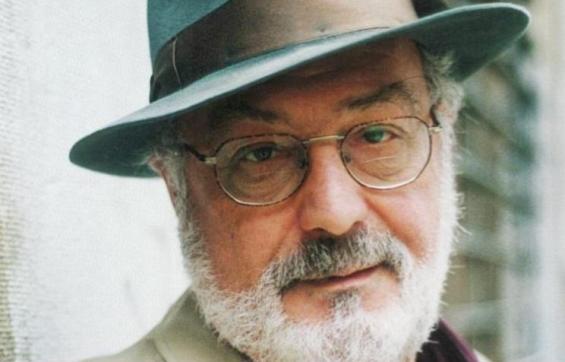 Born in Lamia in 1937 Kostas Georgousopoulos is a prolific figure for Greek theatre. He is a theatre critic, writer, translator and versifier. In 2008, he was awarded the Grand State Prize for Literature for his complete work.

In an interview with Greek News Agenda, Griechenland Aktuell and Grece Hebdo*, Georgousopoulos takes us to a journey on the History of Modern Greek Theatre, stressing that It took modern Greeks a very long time to recognize tragedy as their own creation and to find ways to represent it. He also stresses the presence of prominent contemporary Greek playwrights and expresses his disappointment that Greek theatre doesn’t get sufficient amount of promotion.

Can we go over a brief history of Modern Greek theatre since the establishment of the Greek state?

Since the establishment of the Greek State we have an official history of theatre, but Greek drama precedes this. First of all we have that giant of Greek theatre, Spyros Evangelatos, who unearthed plays of the 14th and 15th centuries. Greek theatre thus goes way back, but we obviously had to discover it all over again from the start following the establishment of the Greek State, because the Ottoman rulers had put an end to theatre. But it wasn’t the Ottomans alone; we need to tell a few truths about the Orthodox religion, which was under the influence of Oriental tradition, i.e. the Judaic point of view (Old Testament) was quite strong. Let's not forget that we experienced Iconoclasm and Iconolatry - and what does this mean? We do not attend, we do not imitate, "thou shalt not make unto thee any graven image"; not only were there no theatres, there were no icons or statues, everything was destroyed, including the paintings of the Church at that time, as Orthodoxy detested imitation.

John Chrysostom attacked the theatre from the pulpit, but he also imparts valuable information. He preached against makeup, but there are contradictions. When Basil (St. Basil the Great) and his brother Gregory (St. Gregory of Nyssa) came to Athens, they watched Greek tragedy. They returned (to Constantinople) amidst a crisis regarding Church attendance. There were shows and entertainment in Constantinople at the time, people did not go to church, and a way had to be found to attract the public back to Church. And then Basil, who had seen tragedy performed on stage, sat himself down and wrote the Liturgy, which imitates ancient Greek theatre: not only architecturally, as with the three gates for example, but also with the periaktoi, namely the moving icons, the left and right psalterion (chanting podium for chanters), the soleas (extension of the sanctuary platform) etc.

This aside, however, there is darkness, no development. Whilst Europe has a rich history of theatre, we had no such tradition and mechanically imported the aesthetics and practices of European theatre, and most of all Italian theatre. There was however the Ionian and Cretan theatrical tradition (from 16th cent.), which was closer to Europe’s. It took us a very long time to recognize tragedy as our own creation and to find ways to represent it. Europeans did not understand or appreciate the chorus, and they wrote tragedies without one. It was beyond comprehension for them that great passions could unfold right before the audience and be judged by it. And that was precisely the gift, the pride and glory of Greek Democracy: European theatre confined itself within walls in living rooms, where no one knew what was happening outside, and it took Europeans ages to discover the democracy of an open-air exposition of human passions under the open sky.

What is the place of Modern Greek drama today?

Our theatrical resources are quite significant, meaning not only ancient Greek theatre but also playwrights of the late nineteenth and early 20th centuries like Gregorios Xenopoulos, as well as the post '50s dramatists, with the most prominent being the group led by Iakovos Kambanellis. There are a dozen or so playwrights who are in no way lesser than their major European counterparts. Europe has no post-war theatric tradition; we do, with writers such as Kambanellis, Yiannis Chrysoulis and Giorgos Maniotis who have an important body of work that was also staged during the years of the military dictatorship (1967-1974). There would be no point to my job if it did not support and promote Modern Greek theatre; that is also the mandate of the 1930 Act of Establishment of the Greek National Theatre by then Education Minister Georgios Panandreou. Its chief purpose was the initiation of the Greek public into world theatre and the support of Modern Greek theatre. That was how things were in our time. And in those difficult years for the Greek people, perceptions, resistance and moral confrontation with the Junta passed through those great works of Kambanellis, Pavlos Matesis, Yiorgos Dialegmenos, Kostas Mourselas. These works were staged at the time, and were also televised by state broadcasters; but now this is no longer the case, and I could very well denounce this. It cannot be possible that Matesis, Mourselas, Loula Anagnostaki have passed away, and none of their work has been staged by the National Theatre. It is unbelievable - considering especially e.g. that the Royal Court in England staged Sarah Kane’s work when she was just 21 years old. 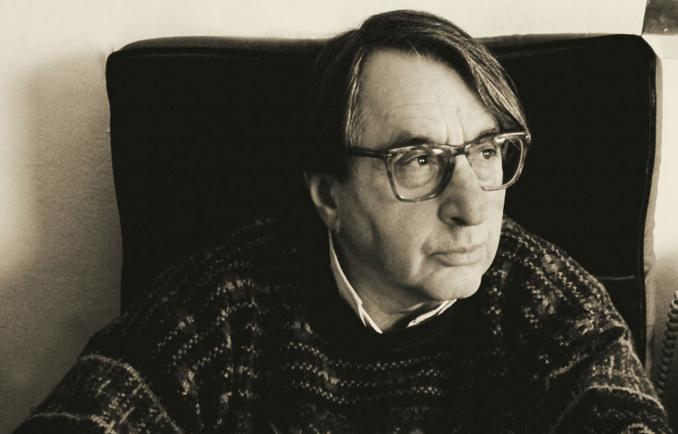 The crisis has brought about a social reshuffle. Is this reflected in contemporary theatre? Hasn’t there been also a gradual depreciation of revue theatre?

You’re touching on a matter of huge significance. A characteristic feature of our theatrical history has been revue theatre. It was critical, but it has disappeared. Revues were a major Greek genre. There is no such thing in Europe, but it became obsolete because of television.

Then came the periodic press and morning shows, altering in the process the substance that was the subject of satire. As regards the theatre-crisis of today, the State bears responsibility for ending state subsidies. I was behind the establishment of subsidies, I founded DIPETHE (Municipal and Regional Theatres), which focused on the Greek repertoire and relied on grants for independent theatre, whilst theatre companies dedicated to great theatre were formed: Spyros Evangelatos’s Amphitheatre, Giorgos Michaelidis’s Open Theatre, the Theatre of Antonis Antipas, the Theatre of Giorgos Armenis - these no longer exist. They all performed from the Greek repertoire. Stoa Theatre and Karolos Koun’s Art Theatre were giants in the field of Greek repertoire. They don’t stage as many Greek plays anymore. There are very good Greek plays, lying in shelves. 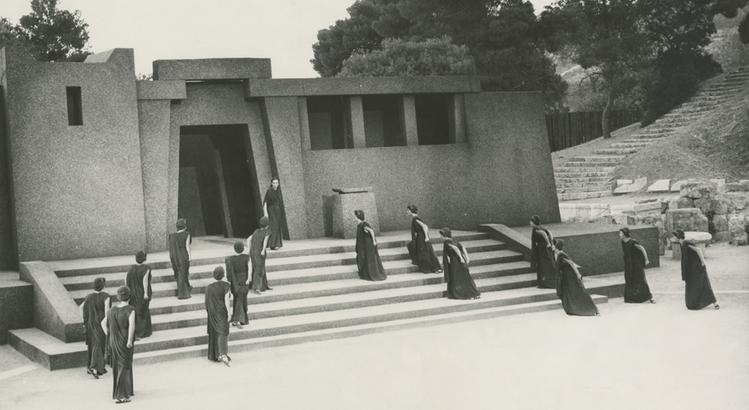 I was fortunate enough to be at the premiere of the Epidaurus festival in 1954, to see Hippolytus directed by Dimitrios Rondiris, and since then I have been involved with Epidaurus for over 60 years. I have seen everything, and on each occasion I witness with sadness a slump. Until 1960 there was an ancient drama team at the National Theatre, people who were exclusively engaged and preparing the summer Epidauros Festival from September.

Does Greek theatre today hold a place in world repertoire?

It could indeed hold a place, and a distinct one. About eight or nine years ago, the Hellenic Ministry of Culture commissioned the Society of Greek Playwrights to select 30 Modern Greek drama works to be translated into European languages. I was president of that committee; we chose 30 works and they have been translated. But there is a catch: The Ministry of Culture would have a 50% stake in the production cost of these Greek plays i.e. contribute as much as the foreign company staging the play. This however has never been realized, as the Culture Ministry has never come forth willing to contribute such a budget to a foreign theatrical company. Kambanellis was staged in Russia by the Moscow Art Theatre, alternating with Chekhov. This could have been happening with theatres throughout Europe because we have all these works, translated, and available on the website of the Greek Playwrights Society.

The crisis has brought Greece to the forefront, along with an interest as to what the cultural product of this crisis will be. Greek cinema is blooming; couldn’t it be the same with theatre?

Certainly it could, but it is a question of policy. When it comes to theatre, we don’t have, for example, the kind of policy that we practice for the promotion of our ancient heritage. Why can we not subsidize an American theatre company stage a Kambanellis play as we do with an exhibition of sculptures from Tegea in New York? We have thrown our weight behind the promotion of our antiquities which are a huge thing, but we have other treasures as well, such as great music and art. For several years, Greek music (especially during the years of military rule, 1967-1974) has been conquering audiences around the world; that’s when Manos Hatzidakis, Mikis Theodorakis, Yannis Markopoulos became known. There is no such cultural diffusion nowadays. 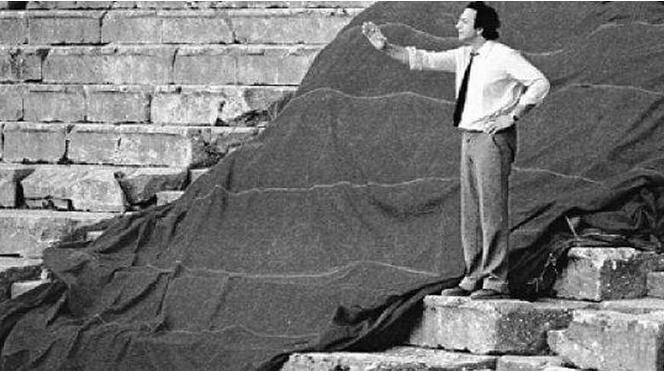 Does Greece generate more theatre groups than it could hold?

I have nothing against this. We are a society suffering from self-promotion syndrome. You cannot deprive someone from wanting to come out centre stage. There is a multitude of theatrical groups, a thousand different shows performed every year, 1,000 different productions; this does not happen anywhere else in the world. I do not think it is bad, but a kind of non-professional approach has been set in motion as these kids often put money out of their pockets in order to go up on stage. This is amateurism. I cannot reconcile with the idea that we could perform without stage sets. It would be more honest to admit that "these are the means we have, come and see us if you like". You cannot perform Chekhov without sets, when Chekhov, as a naturalist, has 4 sets. When all is played out in the same setting without scenery and props, then the essence of the play has been lost.