Born in 1964 in Athens, the famous greek painter Maria Filopoulou studied painting in Paris at the Ecole nationale supérieure des beaux-arts under Leonardo Cremonini, during the period 1984-1988. She continued with postgraduate studies at the same school, with a schol­ar­ship of the French Government, during the period 1988-1989 (lithography under Αbraham Hadad). Her works are to be found in the National Gallery, in the Greek Parliament, and in private museums and collections in Greece and abroad. She has received numerous awards and recongnitions for her work. 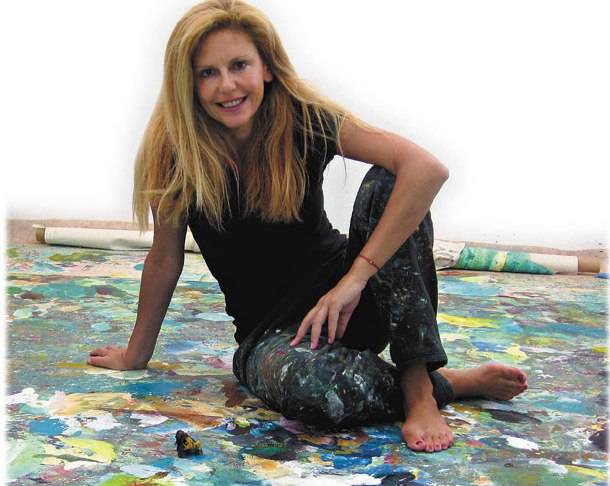 In an interview with Greek News Agenda*, Maria Filopoulou talks about her work, her artistic choices, and her preference for themes related with water.

You are considered one of the most important representatives of contemporary representational art in Greece. Would you like to tell us what prompted you to express yourself through painting?

Since I was a kid I’d paint everything in the house, the interior of the cupboards, any surface I could find, but I had never imagined that I would actually become a painter as no one in my family had anything to do with the arts. I was preparing to take entrance exams for the architecture, when one of my teachers in freehand drawing suggested that I take fine arts exams. In the summer of that year, I went to a fine arts workshop where right from the start I fell in love with painting. I chose  painting by instinct, not by reason. 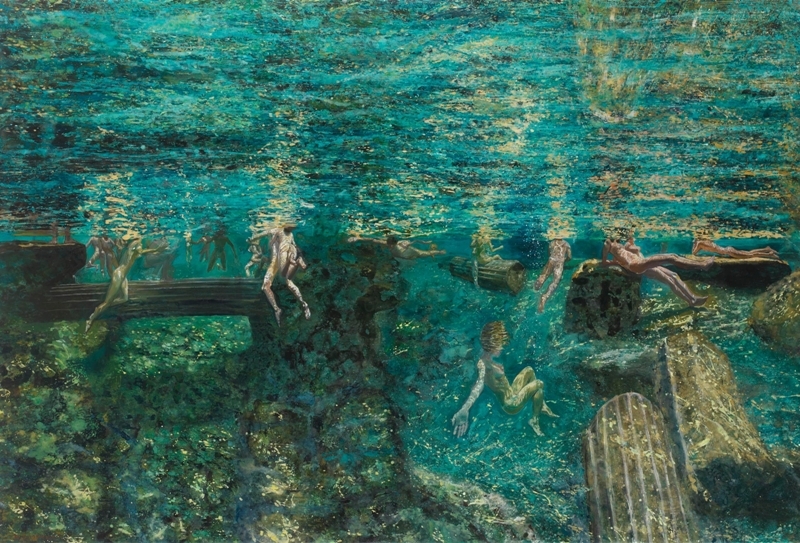 Why did you choose representational art?

I paint by observing the visible and presenting my own reality, the way I see the world. I insist working on canvas because despite its two dimensions it enables me to express myself. It thrills me to create a three-dimensional image on a two-dimensional medium. This is the magic of painting. When I paint, I lose myself in the journey of the process, during which paths and insights emerge that I had not imagined before. This self-awareness venture is what keeps my passion for painting fervent.

A recurring element in your paintings is water. What does the sea and water in general represent for you?

My first subjects were house interiors, glass partitions, iron stairs, greenhouses, and then I literally went to sea; I could not get enough of the subject!

I’ve loved the sea since I was a child. It is my freedom and my obsession, which, if anything, is growing more pronounced over time. I paint Edens I have personally experienced, happiness, relaxation, union with nature, the eroticism swimmers feel in the water; a happy interval that may have preceded or followed a difficult or unpleasant experience. I believe all our existence is a delicate balance of the awareness that happy moments are precious which we must recognize and value.

Thus I paint the boundaries of happiness isolated from the “before” and the “after”; there is no time, only place. Water is an antidote, a small homeland we carry within us, in which we can always go and find ourselves again.

In nature I find fullness, serenity and freedom, and it is this feeling that I want to convey through my works. 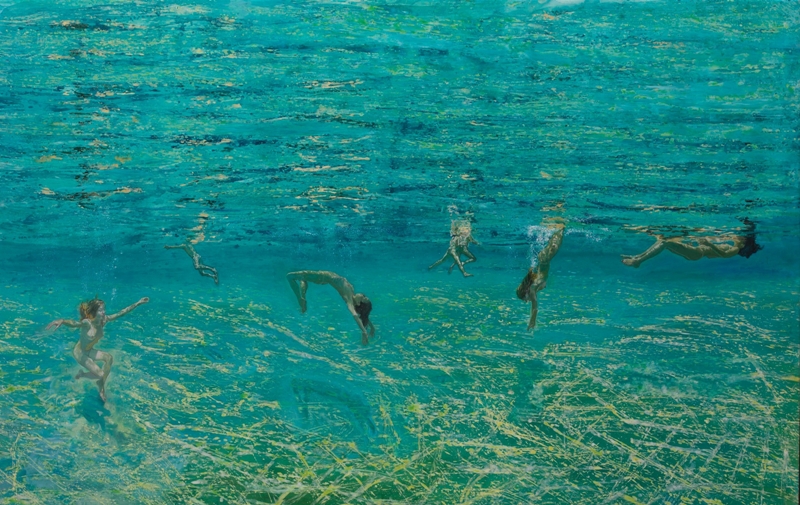 You almost always paint on large surfaces. Would you like to tell us something about this choice?

I mainly paint large surfaces because it feels as if I enter them. When I paint I feel like I am setting a stage in which I live and I want to challenge the viewer to come in and share my experience

Do you think that Greeks are art lovers? In what sense do you think interest in the fine arts has been affected by the financial crisis we experienced in recent years?

I believe that the art going public has grown considerably in recent years. There is evidently a huge difference since my first exhibition in the ΄90s. During the “good times” before the crisis people got used to visiting art shows and this habit stayed with them. Despite the crisis, you see people filling art galleries and theatres, because they need art in their lives. 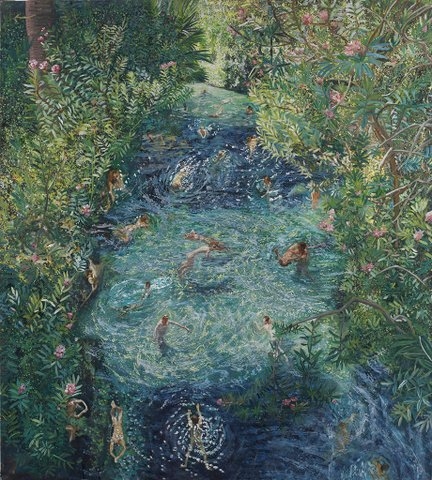 What are your plans for the near future? Are you preparing a new exhibition?

On March 20, I will present a retrospective exhibition at Sotiris Felios’ art space, “The other Arcadia" foundation. I will have a selection of my works from every period with various subjects, including Glass Partitions, Stairs, Greenhouses, Seas, Swimmers and Waterfalls.

Read also on Greek News Agenda:
Arts in Greece | Alexandros Psychoulis on the idea of symbiotic bliss & the reality of working as a visual artist in Greece
Arts in Greece | Nikos Gyftakis’ Liquid Reality
Visual designer Charis Tsevis: “Education is our only weapon and best hope for the future”
Arts in Greece | Kostis Georgiou: “Art’s purpose is to provide a zone of unlimited paths”