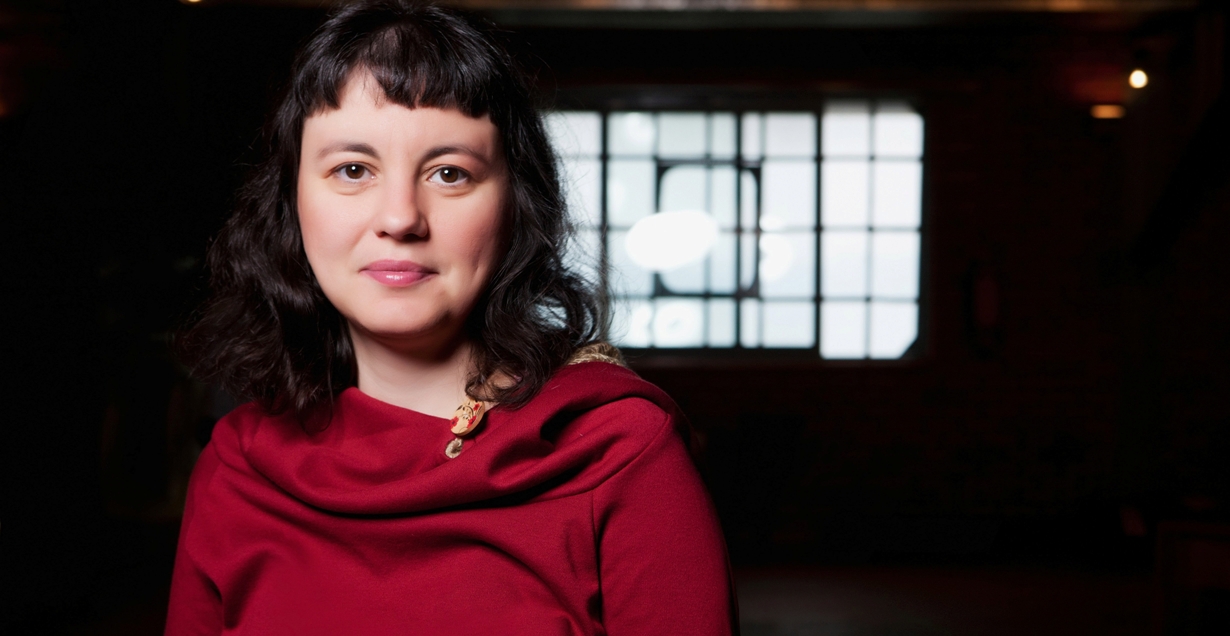 “When we were watching these movies we were looking for something we hadn’t seen before. We unanimously agree that one film challenged us to see in a new way, and we were seduced by the surprising humanity of its difficult characters. The direction was assured, its tone unique, and we look forward to seeing Elina Psykou’s next work” said the Tribeca Film Festival International Narrative Feature Competition Jury President Willem Dafoe, awarding the Best International Narrative Feature Award to “Son of Sofia / Ο Γιός της Σοφίας”.

Born in Greece in 1977, film director and producer Elina Psykou studied filmmaking and sociology in Athens and continued her studies in cultural history in Paris. Her first feature, "The Eternal Return of Antonis Paraskevas", won the Works in Progress Award at the Karlovy Vary IFF in 2012 and premiered at the Berlinale Forum in 2013. Her second feature, "Son of Sofia", has won so far the Works in Progress Award at the Les Arcs EFF in 2015, the Special Jury award at the Los Angeles Greek Film Festival, the CICAE - Art Cinema award at the Sarajevo Film Festival and the Grand Prix of the International Film Festival “Eurasian Bridge” in Yalta. 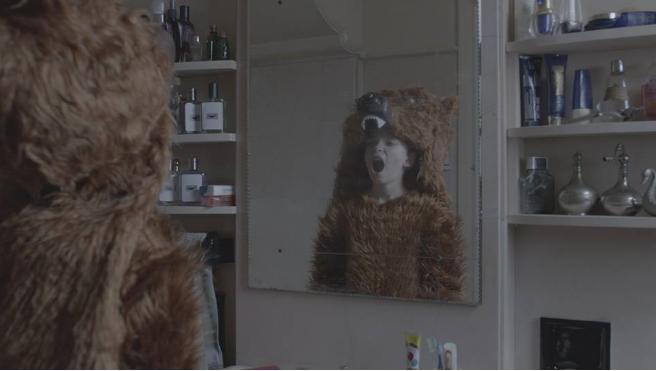 Influenced by Ingmar Bergman, Rainer Werner Fassbinder, Austrian contemporaries Michael Haneke and Ulrich Seidl as well as Sofia Coppola, Elina Psykou sets a scenery of magical realism in her “Son of Sofia”, a coming of age film about 11-year-old Misha who arrives from Russia in Athens, during the 2004 summer Olympic Games, to live with his mother, Sofia to find out that there is a father waiting for him there. While Greece is living the Olympic dream, Misha will get violently catapulted into the adult world, riding on the dark side of his favourite fairy tales.

Interviewed by Greek News Agenda* Elina Psykou talks about the ever present protagonists of her films, location and television, stressing that she is intrigued by the interaction of her characters with space, which brings forth feelings of loneliness and alienation. At the same time, Psykou explains how space in “Son of Sofia” excites her young protagonist’s fantasy which has a catalytic role in his formation of identity. Psykou also emphasizes that she believes in the power of emotions as it is the only weapon we have against the hostile environment of the crisis. Asked about the term weird wave used by critics to describe the new generation of Greek filmmakers, she says that exploring weirdness is one of the main elements that prompt her to make films, but it does not constitute a canon among her peers. 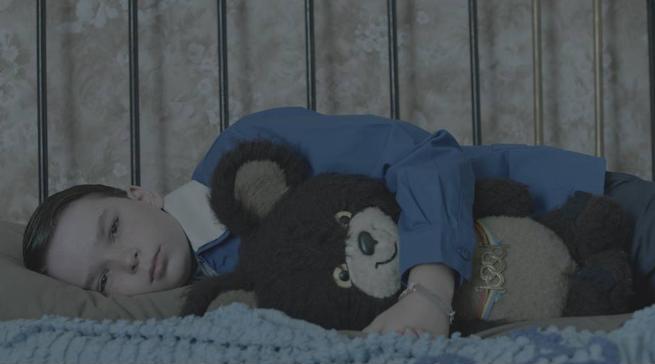 How does the enclosure of the heroes in a dark apartment work in the “Son of Sofia” plot and its balance between magical realism and social criticism?

The main location in both my movies works like an additional character. In my first one, it is an out of action empty hotel somewhere in the countryside and in this movie it is a big old apartment in the centre of Athens. It is like the fourth character next to the three main protagonists. As locations are so important for me, the selection of them is one of my main priorities during the pre-production and it is a procedure that usually lasts a lot of months. But also during the shootings, I am interested a lot in the way that characters interact with space. So, the exact position of each one character inside a room and finally inside the frame plays a great dramaturgic role. In this way, the enclosure of heroes into immense places adds to the dramaturgy. Moreover, isolation and loneliness are the emotions which dominate all my movie characters and these emotions become more intense via their interaction with the locations. Fantasy can be there explored. Long corridors, locked doors, empty rooms can create a magical realistic set, which can excite feelings and the imagination. Finally, all these huge and often dark spaces carry a past luxury, a splendour that doesn’t exist any longer, something that works like a metaphor for the past glory of our society and country. So, in “Son of Sofia” magical realism meets social observation (not criticism) in a dark old apartment. 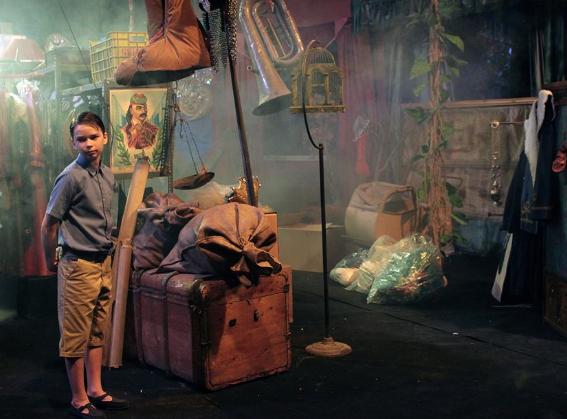 Misha, the protagonist of “Son of Sofia”, is an 11 years old boy. He is at this sensitive age, that he is no longer a kid, but not yet an adolescent. In this age, his identity is still under construction. At the same time, as all of the same age, Misha has a great fantasy. He uses his fantasy to escape from reality, to confront his fears, to find solutions and answers to his questions. At all crucial moments of the narration, at all turning points for Misha, his imagination is there to give him courage to continue, to show him the path, to make him stronger. After the end of each magical moment, Misha makes some more steps towards adolescence; he approaches adult life a bit more. His fantasy’s sequences form his identity, they work like transitions. At the end of the film, Misha will not be a kid any more, and the ages of innocence would have been passed for ever. 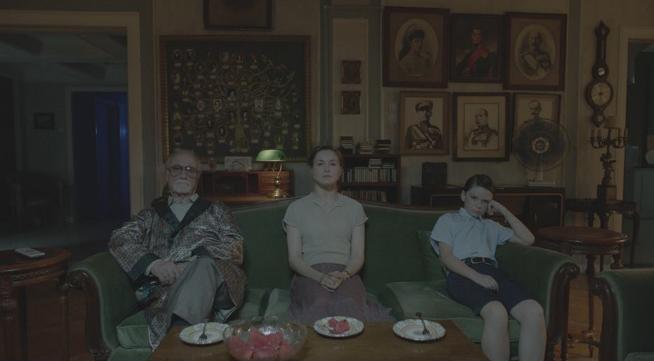 As you have said in an interview“, for me, TV is like a personal obsession. I like to use it in most of my works”. How does it affect the protagonists of your films?

You can say that TV, like locations, is also a character in both my movies. Some of my heroes work or used to work on TV as journalists, show presenters, even as extras in TV series. My heroes also watch a lot of TV, which is their way to be informed, to be amused, to be educated. It is their job, their everyday life and company, but also their illusion. In all ways, it is a constant presence in their whole lives.

You keep your distance from your heroes, allowing the spectator become the creator of meaning. Are human beings capable of building deep emotional ties in the hostile environment of the crisis?

It is true that I keep an emotional distance from my heroes - because I don’t want to criticize their actions - but in the end I believe my movies explore and provoke emotions and have something deeply human.

The era we live in is strange. The more people struggle to cover their basic needs, the more it becomes difficult for communication and expression of feelings. Every one of us becomes more and more introvert, sinking in our own problems and anxieties. Moreover, the antagonism between people becomes more evident. Nevertheless, I believe in the power of emotions, and that the only weapon we have against this hostile environment is our feelings. 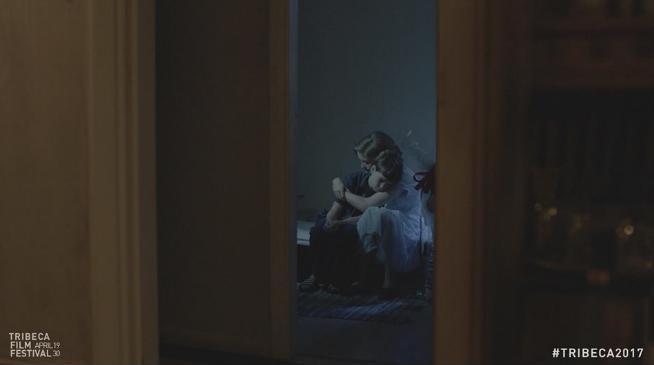 Contemporary Greek cinema has gained momentum and critics talk of the New Greek Weird Wave. Nevertheless, none of the Greek directors seems enthusiastic about the term Weird. What do you think about that?

Personally, I don’t believe in labels like these. This kind of classification helps journalists and film critics to categorize movies, making their job easier. There are many talented Greek directors, with no common characteristics, with different styles in terms of narration and aesthetics. There is no common philosophy between them, like there was in Danish dogma for example. As far as I am concerned, of course I am part of this new generation of Greek filmmakers, but this doesn’t compose a school or a wave.

As to the term “weird”, for me, it is not a taboo, I like weirdness and weird characters, there are a lot of them among us, and in a way, this is one of the main reasons I make movies: To explore weirdness and darkness in the common people’s everyday life. As weirdness was in my mind before journalists discovered and named it, for me it is a lot more than a term, it is my code for understanding life, communicating, laughing and crying. Finally, you can also find weirdness in some old Greek movies and not only in last years’ productions; there is weirdness in world cinema too, not only in Greek.

I am working on my first documentary Europe, Oh Europe which is already supported by Creative Europe and Eave. It is about five Europeans, who, due to legal restrictions in their countries, seek to cross European borders to accomplish their dreams of gay marriage or fertility treatment and find solutions to their life struggles through abortion, euthanasia and cremation. I’m also writing the script for my third feature.

Read also: Elina Psykou’s Interview with Cineuropa: “It is a game of metaphors and symbols”, “Son of Sofia” Synopsis and cast, film review by Cineuropa, Little White Lies: 25 new films by female directors you need to see, Variety film review, Let the movies move me film review, and Psykou’s interview with Marvin Brown.