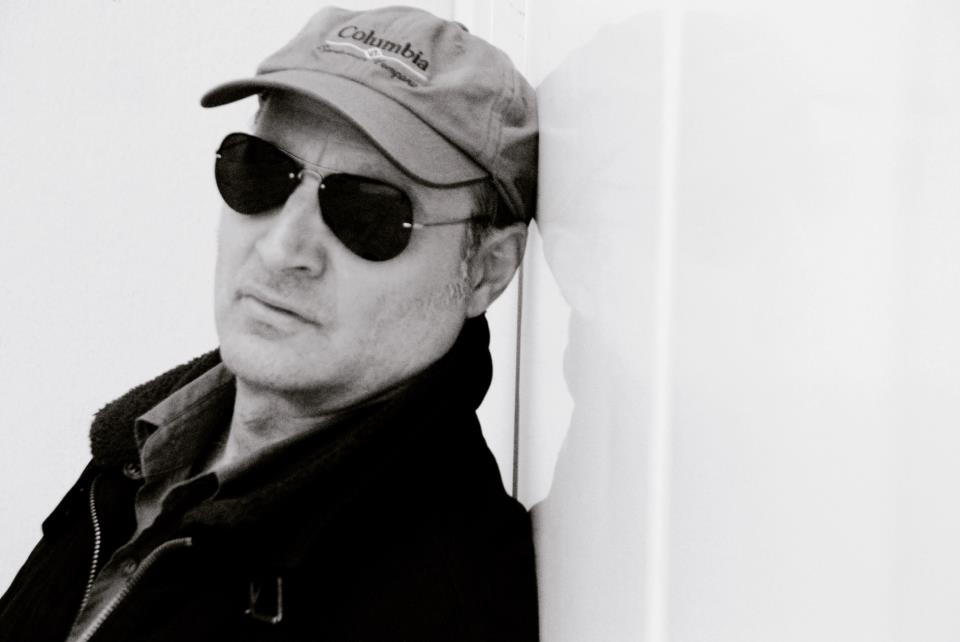 Born in Athens, Dimitris Athanitis studied cinema and architecture. Member of the European and Greek Film Academy, he has directed seven feature and three short films. His last film “Invisible” (2016) won 14 awards and screened at more than 35 film festivals. His debut film “Addio Berlin” (1994) won Jury’s Prize and Critics Mention at the Thessaloniki International Film Festival (TIFF) for its innovative style, while his second feature “No Sympathy for the Devil” (1997) was nominated for Best Feature Film and won the Best Actress Awardat TIFF. “2000+1 Shots” (2000) was placed by Australian film critic B. Mousoulis among the 10 best films of the year for the Senses of Cinema film journal. His 2012 film “Three Days Happiness” won 4 awards and showed at more than 20 festivals.

Greek News Agenda interviewed* Dimitris Athanitis in connection to his film “Invisible”, a tough urban western focusing on the unequal battle fought by 35year-old factory worker Aris against injustice after being fired without notice. Shocked and unable to react rationally, Aris decides to take justice into his own hands, when his ex-wife appears unexpectedly leaving their 6 year-old son with him. Athanitis explains how he has woven a dense narrative on clearly cinematic terms which follows the protagonist’s gradual loss of contact with reality. He underlines that he is interested in exploring his characters’ desires and thoughts, going under the surface, beyond conventional distinctions between “good’ and “bad” and that his films always include social criticism, despite appearances to the contrary.

Asked why he chose Aspropyrgos, an industrial area on the outskirts of Athens, as setting, Athanitis replies that it is an area that fits into the notion of invisibility around which the film revolves, in the sense that it has lost its place in society, as is the case with the central character, as well as his son who is being ignored by both parents. Finally, Athanitis invites the reader to a view of his personal journey in filmmaking through twenty five different encounters, from the 80’s to the present, as laid out in his book “Secret encounters”.

“Invisible” is an innovative combination of genres, combining social drama with noir and western elements and an enigmatic, open ended plot. How do you think these elements contribute to the narration?

“Invisible” is in a way innovative in combining elements from different cinematic genres but it is mainly the ending of the film that brings something really new. Ιn this long, almost endless sequence, there are three plot twists which strike hard at the audience. The viewer feels lost with all the twists and turns and has to think to put the pieces together. The decisive factor is that “Invisible” combines reality with elements of fantasy. The film begins describing Aris’s cruel reality and step by step lays out what goes on inside his mind. This is the key to also understanding the ending. 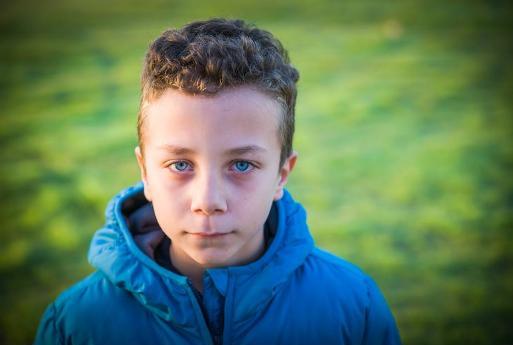 On the other hand, it is important to observe that underneath the simple surface lies a narrative condensed, enriched with two and three stories running at the same time. Although Aris is always kept in frame, we can also follow his kid’s story, which is as important and complicated as his own. We also observe in an abstract way, as described through cinematic language, the complicated existence and relations of other characters around Aris.

There is underlying social criticism in your work. Would you like to elaborate?

In my films I am interested in scratching well under the surface. I want to go beyond the characters’ social façade, to see what they really want, what they think, far beyond the artificial distinction between “good” and “bad”. Finally, my films make a strong social comment despite appearances to the contrary. The plot of my first short film “Philosophy” - shot in 1993 when the war in Sarajevo had just begun – deals with the expansion of war in the Balkans, the collapse the Greek economy and the declaration of bankruptcy by the President, leaving philosophy as the only possibility left that’s cost free. The film won the Best Fantasy Film Award at the Drama Film Festival. A few years later, the film proved to be prophetic. 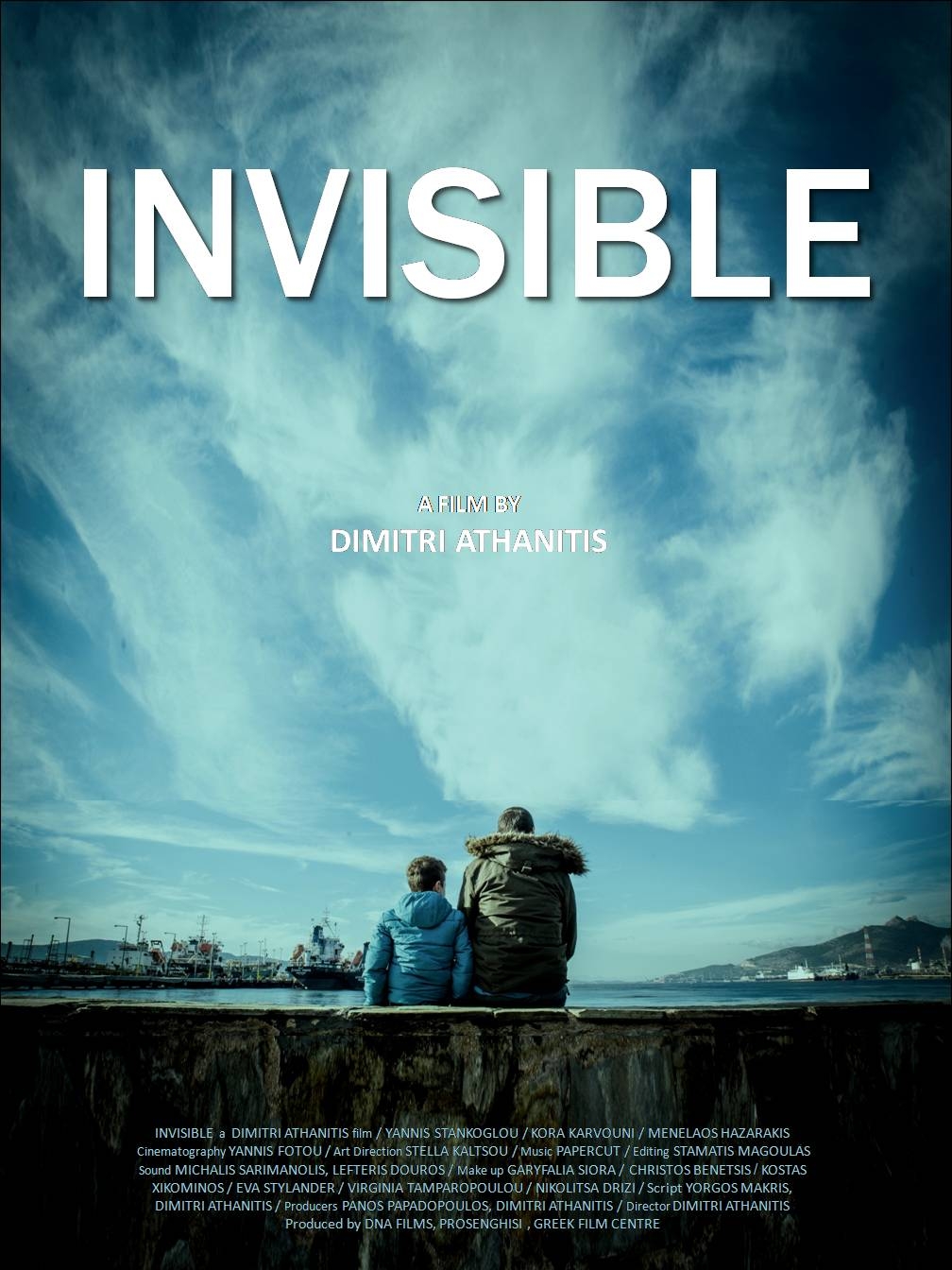 The city is a protagonist in your films. Why did you choose Aspropyrgos as a background in “Invisible”?

My six previous films were shot in central Athens and they focused on city life. Aspropyrgos however is not really that far away; it is just a decadent industrial area on the city’s outskirts and I felt that it was the right setting for my story. Moreover, although this area is so close to the city, it remains invisible to the people, as Aris remains invisible for his employer and as the kid feels invisible in the world of the adults.

How do film makers deal with the economic crisis? Are they intimidated by it?

The crisis has proven to be productive in a way. It gave more space for creativity and made clear how urgent it is to make films. So, I am optimistic. 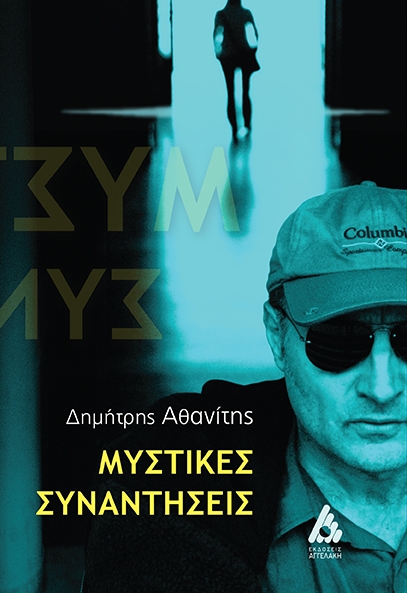 Would you like to tell us a few things about your book “Secret Encounters”? What do these encounters offer the reader?

“Secret Encounters” relates to my encounters with some extraordinary people in the course of my cinematic journey all these years. There are stars like Ben Gazzara and directors like Chabrol or Kakoyannis, writers, singers, fictional characters, chess players and even some unknown persons. There is a challenging mixture of characters and at the same time my own personal voyage in filmmaking through twenty five different encounters from the 80’s to the present. This book is an expedition involving people, places and times and constitutes an anthology of extraordinary people and a personal mythology at the same time.

The only I can say is that a female character will be at the centre of my next film, which will be in black and white, and it shall be shot far from Athens.