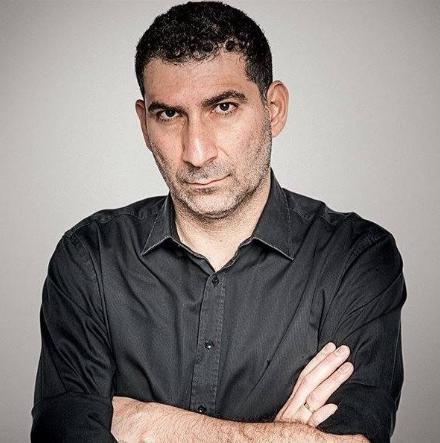 The sun never shines for Yannis Economides’s film characters. Lumpenproletariats suffocating in small apartments, surrendered to their fate and instincts, unable to reflect on the conditions of their own existence. Economides says he loves them, but why does he put them through extreme situations?

Yannis Economides was born in Limassol Cyprus. In 1987 he moved to Athens to study filmmaking. After making short films and documentaries, he wrote and directed his first feature film, “Matchbox” (2002). His second feature, “Soul Kicking” (2006) and his fourth feature, “Stratos” (2014) premiered at Cannes Film Festival and the 64th Berlin International Film Festival respectively. His third film, “Knifer” (2010), won seven Hellenic Film Academy awards, including Best Film, Best Director and Best Screenplay. Each of his four films has won the Greek Film Critics Association Award for Best Greek Feature Film. In October 2016 he made his theatre debut at the New Stage of the National Theatre in Athens, directing his own play Sleep, Stella, Sleep. He has appeared as supporting actor in several Greek films as well, including Fatih Akin’s latest film, “In the Fade” (2017). He is currently preparing a new film, “Ballad for a Pierced Heart”.

In his interview with Greek News Agenda*, Yannis Economides explains that putting his characters through extreme situations serves as a means of exposing their inner thoughts, noting that he is interested in the dark areas of human nature, with Greek reality always in focus. He makes clear that he is not interested in analyzing and deconstructing the Greek family as an institution, which serves as a mere canvas in his films. Elaborating on the traits of his distinct cinematic style, he emphasizes his persistence on realistic representation and his loving gaze for all his characters, the good and the bad. Finally, Economides expresses disappointment in that although contemporary Greek Cinema has gained international critical acclaim, it does not have a political impact on Greek society. 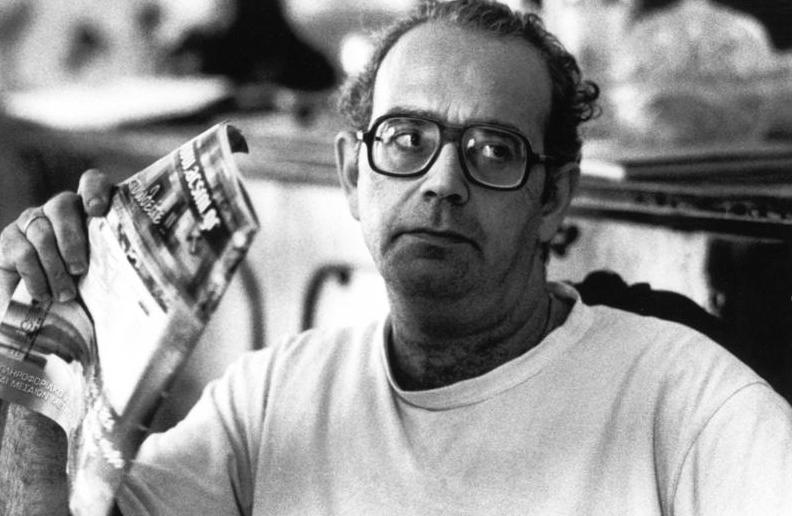 Do your heroes represent extreme cases?

I don’t think they are extreme cases; what is extreme is the circumstances I put them through. They represent the average Greek inside out, and what he or she have made of their life and country. I put my characters through extreme situations to shed light on them, to expose through these extreme situations how they think, how they feel and their dark sides, in which I am particularly interested.

How do you build these characters and what are the reasons for their poor judgment and misery?

I build my characters through observing people around me. I’m not interested in the reasons why something happens as much as what comes next. As an artist, I work with the human condition, human nature. The darkness of the human soul has been ever present. There is no reason why. That is how human beings are and jealousy, hatred, arrogance, avarice are archetypical facts of human nature. I try to shed light on the Greek version of all this.

In your films, you work a lot on deconstructing the traditional family institution which is a source of neuroses. What are the maladies of the Greek family that make it a place of oppression?

Actually, for me the Greek family is a pretext. It is the canvas on which I draw my dramatic composition to depict human darkness. I do not make social cinema. My films deal with humans and the depths of their souls. I try to follow a Shakespearean path of characters and dramaturgy. Critics may see different things in my work. The family is what it is. I’m not interested in analyzing the facade of contemporary Greeks. What I am interested in is how people evolve in this environment through what is happening to them. 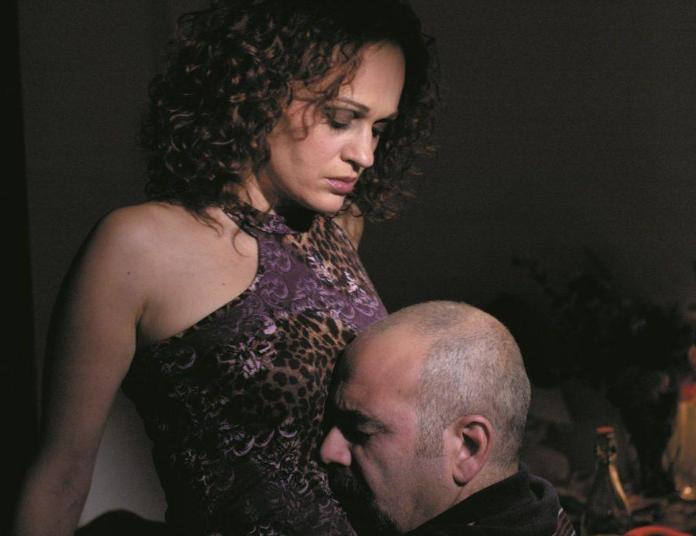 It is evident that in my films there is no Virgin Mary or the old fashioned model of the self sacrificing or submissive woman that used to exist some decades ago. They are dynamic in a bad sense and their distinctive feature is that in order to survive in a men’s world, they foster male behavior; that is what happens to women in the Western world. They are aggressive. I’ m not being judgmental. Since women have an equal role in society, at least in Western societies, they have chosen to adopt male behaviour. It’s not my job to examine or evaluate this. I’m interested in what this generates; and its product is violence, which is necessary for life to go on. I don’t judge my female characters. They are trapped and they have to find means of survival from what surrounds them. They will either surrender and die or find a way out. That’s the way things are.

I like the way you put it. What is crucial for me is the accurate representation of reality, the way I understand it. I try to construct a story as it would happen in the real world. I add humour and extraordinary characters in the plot, the signature dialogues you mentioned, but there is always one principle that has to be obeyed: realism. I don’t do films that belong to an unreal sphere, which are not relatable with the audience, no matter the viewer’s social background. There is also one distinctive feature that I am especially proud of and that is the love with which I embrace all my characters. I see my characters in a loving way regardless of whether they are good or bad. I feel for all of them. I don’t examine them as guinea pigs in a cold laboratory, neither am I experimenting on them. I try to recreate what they go through. And maybe that is the reason why the actors liberate themselves and put that extra something that’s engraved on the film. 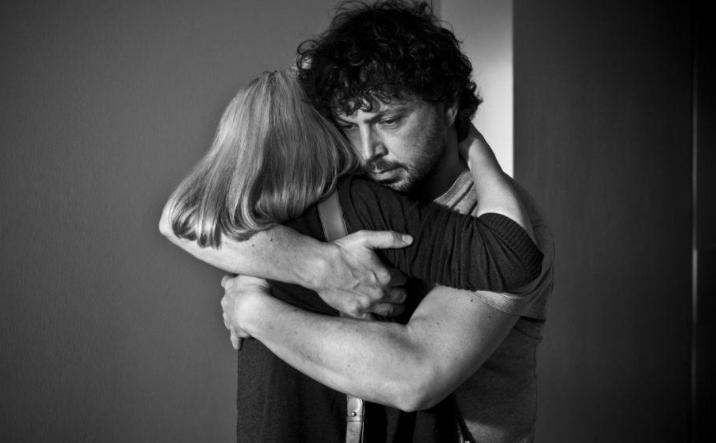 There are characters in your films, such as the youths in the work place in “Soul Kicking” that are violent, racist and blind as far as their own existence is concerned, and maybe this is where followers of the extreme Right come from.

This is a very accurate observation. In my films, I’d predicted that the wasted energy of these young people is on the verge of finding and fitting into the ideological mold of the extreme Right. They are trapped in a dead end job, all the energy of their youth is going down the drain. They could be working somewhere else and be useful, be happy, but this is not the case. They work where they work, they are unhappy and they have to find a scapegoat for their misery.

What is the role of the city in your films?

In my first films it is decisive. The city causes suffocation at least in my first two films “Matchbox” and “Soul Kicking” in a way that is implied and reflected upon the characters. After the Knifer I have widened my frame bringing small town Greece into the discussion. So yes, the role of the city is decisive. I should make clear that I’m not interested in morality tales. Ever since my first film, I’ve been trying to dive deep inside my characters. I’m not underestimating morality tales, which is a genre with its own difficulties, and I respect immensely the poetic ethography of Otar Ioseliani, but my work is different.

You have been directing for the second year in a row at the New Stage of the National Theatre in Athens your own play Sleep, Stella, Sleep. Was the transition from cinematic to theatre conventions difficult?

It was a great experience for me. It was the first time I worked in theatre, I was lucky enough to work with an amazing group of actors and I was offered freedom of expression. Theatre is much more direct. It’s liberating that you don’t have to go through the ordeal of finding funding. It’s much easier to stage a play for the theatre.

You mentioned the difficulties of funding. Has the fact that you are an established film director made it easier for you to find access to funding?

Things remain the same, both in Greece and abroad. Making a film has never been easy. On the whole, things get harder every year, not only in Greece but in Europe as well. It’s difficult to find funding, especially for a Greek film, with Greek actors, shot in Greece and according to some standards.

You are a pioneer within a generation of directors that critics have described as the renaissance of Greek cinema, a cinema that is subversive and has brought Greek cinema into international focus.

So what? Greek cinema has no impact in Greek society. Greek films do not constitute a social and political fact for Greeks, as used to be the case with Angelopoulos’ and Voulgaris’ films in the 70’s. Their films were discussed by students, movements and the audience. In the 70’s, cinema was something that concerned Greek society, it wasn’t something outside it. Contemporary Greeks don’t give a damn about Greek cinema. It’s not the same for Greek theatre, which has its public and is revered by Greeks. And it’s not the audience’s fault. It’s the filmmakers fault. They have not managed to engage the audience and gain its trust and respect. The audience is lost in its own problems and struggles.

I don’t know what kind of stories contemporary filmmakers want to tell. I don’t know if they are only interested in international film festivals. For instance, why do the majority of Greek films have an English title? This doesn’t happen with other countries. It’s OK to find an English title when your film goes to a festival abroad, but why make a Greek film, in the Greek language, with an English title? Would acclaimed playwrights as Dimitris Kechaidis or Giorgos Dialegmenos give an English title to his plays? Once in a while there is a point in using an English title, as is the case with Vassilis Katsikonouris’ “Arizona Dream”, but it shouldn’t become the rule. Authenticity is needed if Greek society is to be shaken and moved. Thus to be honest, I don’t see any point in winning awards at Festivals. The issue for me is for films to have an impact on the community, in real life. Now is the time for artists to make their point; if not now, when then?