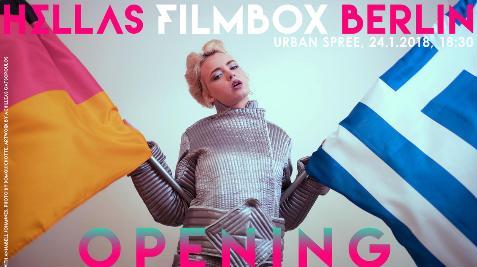 Hellas Filmbox Berlin is a Greek film festival established in 2015 to highlight the current, highly artistic Greek film scene and present it to a German audience as an affirmative artistic response to the wave of negative coverage of Greek news in Germany that was threatening to influence people's perception of the country.

Hellas Filmbox Berlin 2018 kicks off on Wednesday, January 24, 2018 at 19.00 with a multifaceted artistic event that will include short talks, interactive presentations by programmers and guests, performances etc. The opening of the third edition of the Hellas Filmbox Berlin will be preceded by the vernissage of Hellas Artbox Berlin: pop-up exhibition a group exhibition of 13 artists that is part of the Film Festival for the first time. In the 2018 Festival edition, changes will be introduced as the Festival extends its spectrum to include more forms of art. It is going to take place in a new venue, the Urban Spree, an alternative cultural space in Freidrichschein area.

The main event in the Festival’s programme is Box Talks a series of dialogues between Greek and German directors, inviting the audience to a live interaction. The first Box Talk, titled “Every time film” will feature Oscar winner German director Volker Schlöndorff and Yannis Sakaridis, moderated by festival director Ioanna Kryona. In another Box Talk titled “The Passion of Survival,” participants are documentary director and academic Eva Stefani, musician and film director Alexandros Vulgaris (known as “The Boy”) and Friedrich Liechtenstein in a discussion moderated by Carl von Karstedt. New Cypriot cinema will be the theme of the Box Talk between Greek Cypriot directors and German Wave journalist Panajotis Kouparanis.

Keeping up with previous editions, New Vision is a section in which exceptional films from art, experimental and animation genres are promoted. It includes three feature films with “Lines” by Vassilis Mazomenos among them and ten short films including “Ethnophobia” by Joan Zhonga. The films will competefor the best Film award. 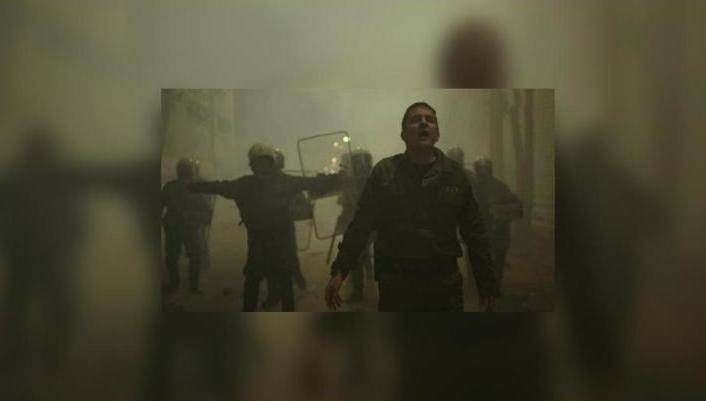 The Documentary section includes 5 documentaries directed or co-directed by women, including “Alki’s Long Walk” by Margarita Manda. Seven feature films will be projected, apart from the 30 feature films that were shown in the historic Babylon Cinema for the Warm up event of the Festival (1-17 January). The programme includes a lot of side events that will offer a glimpse to the wider Greek art spectrum.

The closing event of Hellas Filmbox Berlin 2018 includes the film award ceremony, a concert by “The Boy” and an after-show party. Before that, well-known German composer, author and songwriter Konstantin Wecker and Greek filmmaker Zafeiris Haitidis will get into conversation with each other, moderated by journalist Elisa Simantke in the context of Box Talks.

The festival focuses on Greek art, the concept of Greekness and the dialogue between Greece and Germany.  How does German society perceive Greece? Did you notice any change during the years that the festival takes place?

The festival was very well received from the beginning and beyond our expectations, considering that it is a new event in the city. It made a very good impression and caught the attention of German media, since we started at a time when Greece was in the news - although in a negative sense. We hope, through cinematic experience, to have achieved a certain change of that kind of perspective and indeed enforced a cultural dialogue. Though, one shouldn't overlook that we are talking about Berlin, a multicultural city, where the audience is already politically inclined and curious about different cultures. So I cannot saythat Filmbox had the potential until now to intervene and alter the way the Germans view us, but I can certainly confirm that a lot of German Berliners seem excited that it is taking place and are making sure to book their tickets on time.

Which changes have been introduced in the 2018 edition of the Festival and what is the rationale?

The 2018 Filmbox is not a film festival in the strict sense; it is more an event which offers insight into different aspects of the current Greek creative culture, from cinema to music and visual arts. The idea is to give space not only to filmmakers but also to artists in the broader sense to exhibit their work in the German capital and exchange experiences with their German colleagues. Historically, Berlin remains a city in a state of constant cultural flow; trends and ideas come and go, leaving more or less important traces behind, which contribute to this formation of identity process, which never ends in Berlin. As a Berlin-based festival, our intention is to be part of it, be integrated into this particular profile of the city, which makes it a special place for creative people. 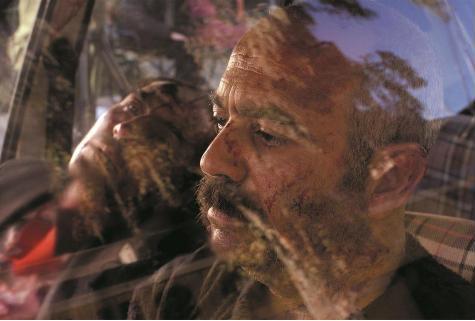 What are the criteria of film selection?

Apart from their artistic value, a very important aspect is to offer the German audience insight into Greek society through the perspective of filmmakers. It has been almost ten years since the beginning of the crisis and filmmaking couldn't but be affected by the situation. Greece – though considered as a part of Europe – is depressed beyond belief and there is a lot of misleading information about this topic in the German media. Since cinema is the most popular storyteller of our time, we decided to give a voice to Greek film right in the middle of Europe. For that reason, the selection consists of films about subjects the German audience would not be able to approach in a different way, a Greece that wouldn't be visible otherwise.

Which are the highlights of this year’s edition?

For me, the most exciting section of the 2018 edition is the Box Talks. The cultural “dialogue” between Greece and Germany will happen through the actual exchange between Greek and German creators on stage, and the audience will be part of it as well.

What is your vision of the Festival in the future?

In order to support Greek cinema, the next step is to develop a film market, which will help Greek filmmakers meet the German industry and promote their projects that would also enable coproduction options. The German press once called Filmbox “the small Greek Berlinale” and this was inspiring enough for us to think of the market aspect, which will actively contribute to the production of Greek films.

** The Festival is sponsored, among others, by the Greek Embassy Press Office in Berlin.