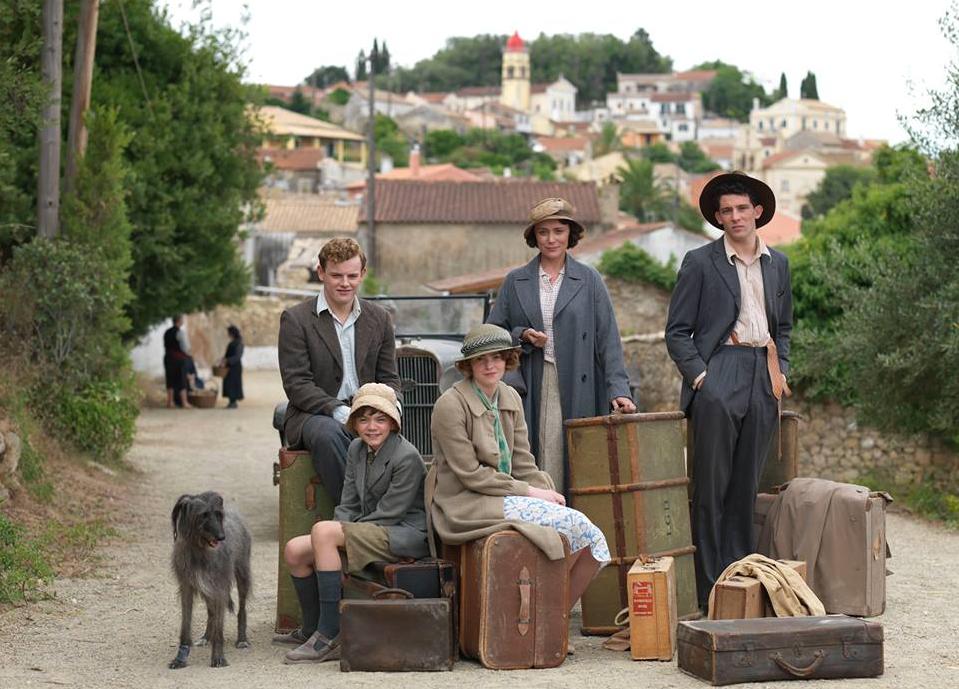 Based on Gerald Durrell’s most famous book “My Family and Other Animals” where he narrates his idyllic, if oddball, childhood in the Greek island of Corfu, a drama series commissioned by ITV Channel to acclaimed screenwriter Simon Nye, entitled “The Durrells”, began airing on 3 April 2016. The series is mainly filmed on Corfu.

The series begins in 1935, when Louisa Durrell suddenly announces that she and her four children will move from Bournemouth to Corfu. Her husband has died some years earlier and the family is experiencing financial problems. A Homeric battle ensues as the family adapts to life on the island which, despite a lack of electricity, is cheap and an earthly paradise.

“The Durrells” was met with great success as a British TV series. What do you think is the secret of its success?

Family – real family that everyone can relate to. Simon Nye comes from a large family and so draws on this experience when writing the scripts. This mixed with humor, nostalgia and the wonderful community and setting that is Corfu is hard to beat.

Why have you decided to film the series in the natural setting of Corfu instead of a studio or a place somewhere closer to London?

There is nothing quite like the real place. Corfu is so integral to the story- it’s a character in itself. Though we scouted other locations we kept coming back to Corfu.

What was the response of local authorities and the locals to your decision to film a British series in Corfu? Did they welcome your project? Were they helpful?

Everyone was very helpful, and the support has only increased the longer we have been there. We have worked with local teams to build a filming infrastructure that did not exist before and now it feels like going home and revisiting friends and family.

In your cast there are many Greek actors. What are the challenges of cooperating with multicultural and multilingual actors in a British series?

The cast are all so brilliant it really does not feel like a challenge. The emotions we are working with are human and that provides the groundwork we need. It’s one big, multicultural family.

You filmed the “Durrells” during the most acute phase of Greek crisis. What challenges did you have to face?

The fluctuating exchange rates were problematic, and we had to take cash out on a regular basis due to problems transferring large amounts of money. But we’ve made it work and it’s been worth it.

Do you think TV dramas appeal nowadays to the public more than reality shows?

TV dramas are definitely gaining in appeal these days, especially compared to film. The long format suits intelligent and complex story telling, and the public love that.

Both the “Downton Abbey” and the “Durrells” refer to the first decades of the 20th century. Is it by coincidence? Do you think that dramas related to this historically critical period have greater appeal to the public or does the social context of that time offer more directorial alternatives ?

The early 20th Century setting certainly provides an opportunity to enter into the richness of nostalgia – it’s far enough away to be ‘other’, and just close enough to be within family memory. By setting a show in the past it also helps crystalize what really matters.

In reality though, it is the stories and the characters (beyond their contexts) that attracts us – so maybe it is just coincidence.

You are a famous producer for making successful, outstanding TV dramas. Have you ever thought to get involved in cinema drama productions?

At the moment we have some film projects on our slate at Sid Gentle. What’s important to us, however, is that the medium suits the story be it film or tv.

Recently a new law voted by the Greek Parliament offers tax relief to productions filmed in Greece. Given this would you consider to start a new project in Greece?

Absolutely. It’s a wonderful country to film in with kind, warm and talented people. They’ve been incredibly welcoming to us so we would always consider coming back. Hopefully with another series of the Durrells. We adore Greece and particularly Corfu.

Source: Press Office of the Greek Embassy in London 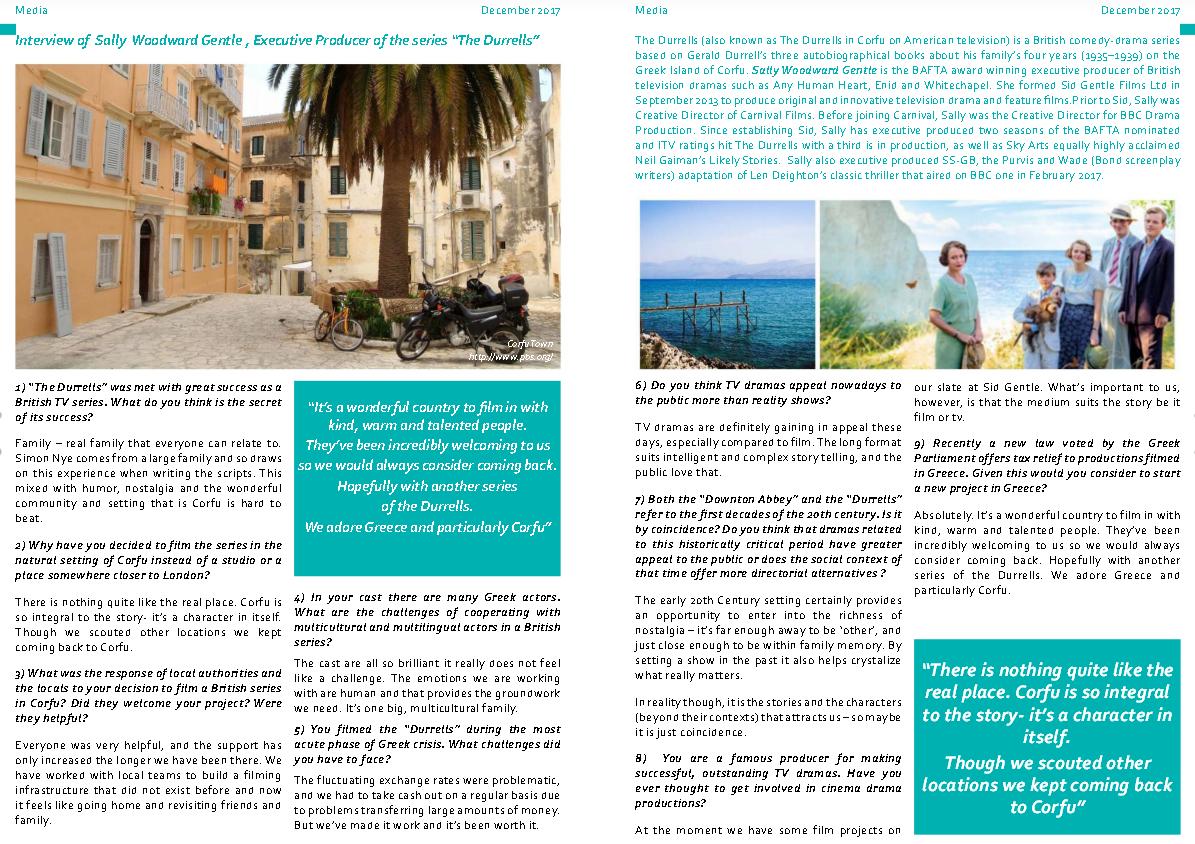 Read also about "The Durrells" via Greek News Agenda: Meet “The Durrells” in Idyllic Corfu!; View the trailer: “The Durrells” and go behind the scenes to discover more details about the series

Read about the General Secretariat for Media and Communication of the Ministry of Digital Policy, Telecommunications and Media initiative for the enhancement of audiovisual production in Greece: One more reason to film in Greece: A new legal framework of economic incentives