Filming Greece | Everything you wanted to know about the 20th Thessaloniki Documentary Festival: Interview with Dimitris Kerkinos

Dimitris Kerkinos studied film at the University of Manitoba, Canada. His Ph.D dissertation was on “Society and Cinema in Cuba of the 90s” for the Department of Social Anthropology at the University of the Aegean, Greece. He joined the Thessaloniki International Film Festival in 1999. Since 2002, he has been programming the Balkan Survey Section; he's also Head of programming for the Documentary Festival since 2016.

Interviewed by Greek News Agenda* Kerkinos talks about the highlights of this year’s Thessaloniki Documentary Festival (2-11.3.2018) and reflects on the current status of Greek documentary since the establishment of the Festival in 1999 on the occasion of the Festival's twentieth anniversary.

What is the structure of this year’s Festival edition?

As every year, the Thessaloniki Documentary Festival turns its focus upon the world that surrounds us and draws from its diversity and experiences. Through the selected films, the Festival programming aims to see beyond the surface of things, to reconstruct the reality which is creatively elaborated by film directors, enabling audiences to see a different picture than the one shown in mass media. The Festival also aspires to make spectators contemplate on issues that, in one way or another, are of interest to them.

Could you name some Festival highlights?

Regarding the international programming, we will screen 164 foreign films, 27 of them short. There will be 20 premieres - 8 world, 4 international and 8 European. We will also screen 78 Greek films, 25 of which are short. The main Festival tribute is to the prominent French film director Agnès Varda with ten documentaries. Her latest film, “Faces, Places”, shortlisted for the Academy Award for best documentary feature, will be the opening film. There will be a tribute to anthropologists – filmmakers Verena Paravel and Lucien Castaing- Taylor with six films, in the Film Forward section. There is also a tribute to the year 1968, with films that either depict the events that marked this legendary year or try to reevaluate its legacy. 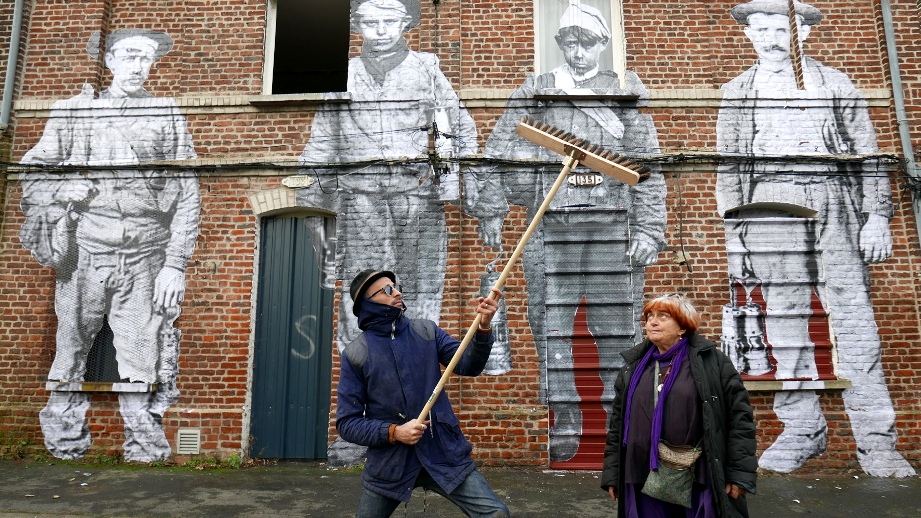 We are focusing on independent American filmmaker Sara Driver in the Carte blanche section. Carte blanche is a new initiative, in which the honored guest is invited to select some of his/her favorite films. This year’s Carte Blanche is the second of its kind at the Documentary Festival: the first was given to Dimitris Eipides. Sara Driver has chosen eleven important films. We have an all-night Marathon with music films about music bands of the 90’s. The International Competition section that presents the first or second film of directors, includes eleven films, two of which are Greek. And along come thematic sections: "Kaleidoscope", which includes personal stories and portraits, "Human rights", "History and Memory". "Habitat" screens environmental films but also films about the way humans intervene culturally on the environment. "Film forward" is a section comprised of films that experiment with form. We also have sections about Music, Cinema, Food and Children. Finally, the "Greek Panorama" showcases this year’s Greek documentary production, while, the "Brave New World" section will focus on films about technology and innovation.

This year’s edition hosts the films of many important filmmakers, including Claude Lanzmann’s “Napalm”, Frederick Wiseman’s “Ex Libris: New York Public Library” and Abel Ferrara’s “Piazza Vittorio”. There are two films by Barbara Kopple, “This is Everything: Gigi Gorgeous” and “A Murder in Mansfield” and the latest film by Denis Côté, “A Skin So Soft”, Radu Jude’s “The Dead Nation”. We will also introduce filmmakers who are unknown to the Thessaloniki audience, such as Emmanuel Gras (“Makala”, which was awarded in Cannes Festival last year), Mila Turajlic’s “The Other Side of Everything” (Best Feature Length Documentary at IDFA) and Toni Ziera’s “Filmworker” among others.

What are the film selection criteria?

We are interested in films that highlight important contemporary social issues in an original cinematic way. We look for films that promote the art of documentary and showcase the new trends of the genre. Our intention is to open up to as many subject themes as possible. 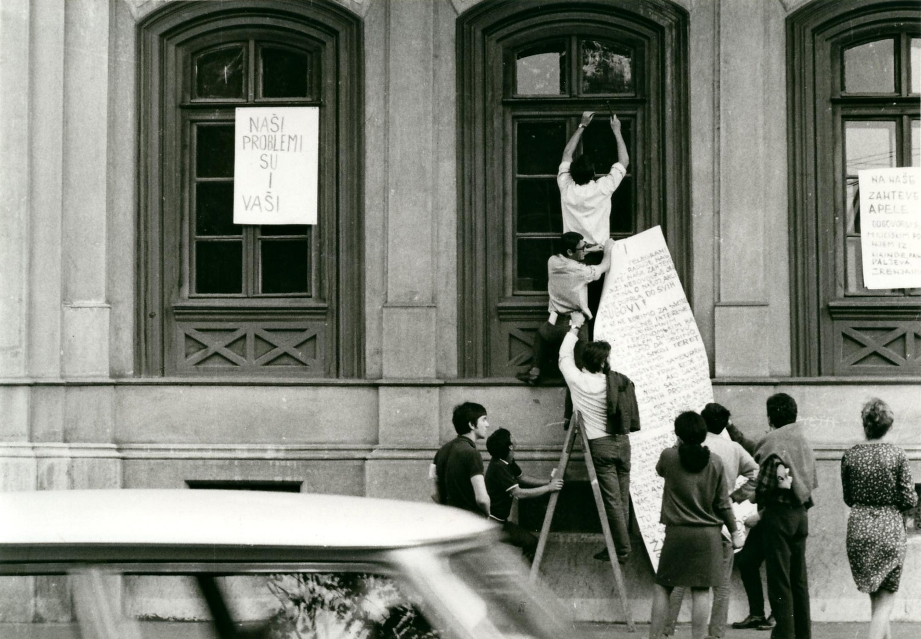 It is the twentieth anniversary since the establishment of the Festival in March 1999, by Dimitris Eipides. What can you tell us about its evolution?

The festival has come a long way. I remember when the Festival had just been established, many could not understand what kind of films it would screen. Would it be some kind of National Geographic films? Would it be boring “educational” TV-like films? Back then, people could not imagine that documentary is a dynamic genre that can embody a different approach and use a creative narration that differs from the standard journalistic TV documentaries. During these twenty years, the festival has promoted the work of many renowned documentarists and has introduced to its public the films of many other important filmmakers. The Festival has thus played a major educational role and familiarized its audience with the new trends of the documentary genre. Nowadays, we can safely state that there is a highly educated public that appreciates documentaries and, to a certain extent, may prefer them to fiction. It’s been a long and creative course, and this year that we celebrate its twentieth anniversary we are very happy that our Festival is enjoying such a high international status.

Would you like to say a few things about the industry segments of the Festival, Doc Market and Docs in Progress?

The Festival, besides showcasing films and presenting the work of important filmmakers, has an Industry section as well, the Agora: the "Doc Market" that promotes films that are part of the program but also includes docs that are not part of it; the "Docs in Progress" segment that gives the chance to sales agents, distributors and festival programmers to discover first feature films from the Balkans and the Mediterranean countries; and the "EDN Pitching Forum" that presents projects from Europe and all over the world. Moreover, the Agora brings together Greek filmmakers with foreign producers and professionals, in an effort to help them find resources, collaborate in co-productions, in short, to find the means to complete their projects or promote their films. We can thus say that the Festival has decisively contributed to raising the production and quality standards of the Greek documentary. It’s not only the films screened that offer Greek filmmakers the opportunity to see how their peers abroad approach their themes; many professionals from all over Europe, the Mediterranean but also from the USA visit the Festival, both for the films and the "Doc Market". This proves that the Festival has gained recognition over the years. 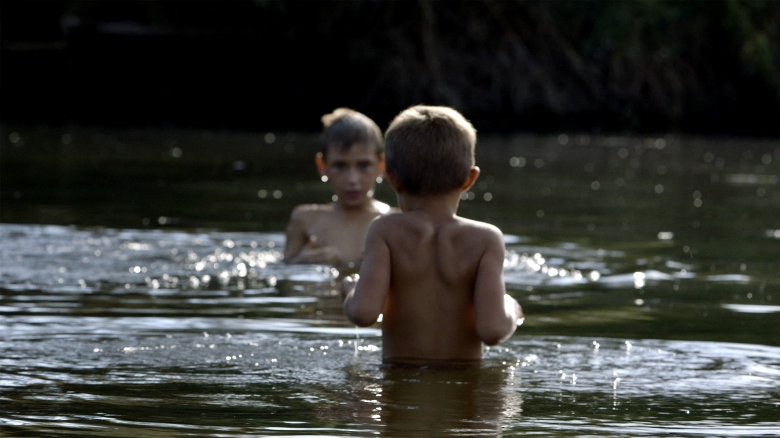 No, there are no institutional links. People that are involved in other festivals may visit Thessaloniki and see the films. There is a dialogue between the Festivals, but not on a formal basis.

How does the Greek documentary fare in the Balkans?

Greek documentaries are blooming, both in quality and quantity. The number of productions as well as their quality has shown a significant rise. In the past, most Greek documentaries had a mainly journalistic TV approach and were produced having TV in mind. Nowadays,  Greek documentarists are more daring and more international in their themes. They work on their subjects in a more creative and cinematic way, attracting not only the interest of TV but also of important festivals – which pay greater attention to cinematic language, to the way a filmmaker treats his or her subject. Their participation in acclaimed festivals is definitely an indicator of the quality of their films - which manage to present strong themes with artistic originality. Documentarists such as, Kimon Tsakiris, Apostolos Karakasis, Eva Stefani, Angelos Rallis, have been selected by IDFA, the most prestigious documentary festival in the world. But apart from them, there are more filmmakers whose work has attracted the attention of international festivals not only in the Balkans (as Dimitris Koutsiabasakos’ “The Grocer” which was screened in Sarajevo) but everywhere in Europe: for example, Christos Karakepelis’ “The House of Cain” premiered at the Berlinale while “Raw Material” at the Karlovy Vary Festival. Angelos Abazoglou’s “Mustafa’s Sweet Dreams” or “To the Wolf” / “Sto Lyko” by Aran Hughes and Christina Koutsospyrou or Evangelia Kranioti’s “Exotica, Erotica” and “Obscuro Barocco” all premiered at Berlinale. “Obscuro Barocco” was also awarded the Teddy Jury award at the 68th Berlinale. Marianna Economou’s “The Longest Run” in Leipzig, Maria Kourkouta’s Return to Aiolou Street in Oberhausen and Spectres are Haunting Europe in Jihlava International Documentary Film Festival and CPH:DOX, just to mention a few. 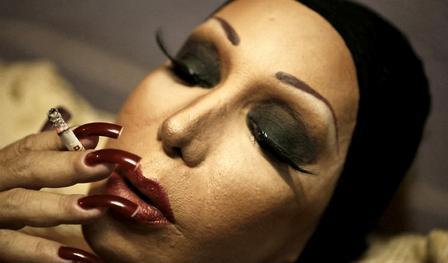 Could you name five of your favourite Greek documentaries?

Did the flourishing of Greek fiction film during the last years somehow influence the Greek documentary genre?

What some critics called "Greek Weird Wave", concerned mostly Fiction. The films of the Weird Wave stress the personal over the political or the social, they are interested in a micro, rather than a macro history and are indifferent to the issue of Greekness. They record society’s pathogenesis and carry out a direct attack on its values. They highlight decayed foundations, hypocrisy, the lack of social vision, problematic functionning of families, contemporary identity and moral crises, the quest for a new (male or female) identity. They also involved a major shift in cinematic language. Up to that point there was a trend that followed Angelopoulos’ aesthetics, that is, historically oriented cinema that was poetic, allegorical and introverted. This has changed with Yorgos Lanthimos’ emergence. Contemporary Greek films use realism as a starting point in order to push it to its limits or to experiment with different forms, creating stylistic and hypbrids of genres, making purely arthouse cinema that has assimilated its influences. But all these changes in cinematic language were expressed mainly in fiction films and not in documentary. There wasn’t a similar change in Greek documentary as regards to the cinematic language. There are original and very creative Greek documentaries but there is not a distinctive wave, a distinctive style as is the case with Weird Wave.

During the last years digital technology has made filming easier. Has it influenced Greek documentary?

Digital technology has indeed made filming easier, but this cuts both ways. Anyone can make a documentary nowadays. The advantages of digital technology are very important, as they have lowered the cost of filmmaking, but the most important factor is still talent and skill; a talented director with a personal vision is still necessary for a good film.