Filming Greece | “Olympia” a documentary on Olympia Dukakis: meet the director and producer 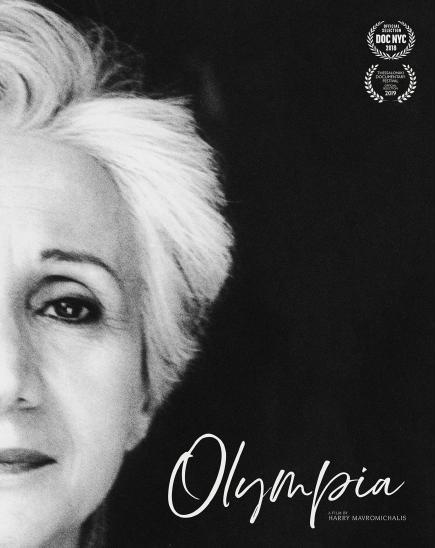 How has a girl of Greek origin invented herself through the years to become an acclaimed and respected actress and a social activist in the USA? The 21st Thessaloniki Documentary Festival (TDF) which is being held from the 1st to the 10th of March 2019, will screen “Olympia”, an enlightening documentary about the life and the decades-long stage and screen career of Greek-American Oscar-winning actress Olympia Dukakis. Beginning when she turned 80 and through the course of three years, the camera follows Dukakis to rehearsals and family meetings, as well as her traveling throughout Greece. Gracious and real, the star doesn’t shy away from intensely personal revelations about herself.

Interviewed by the Greek Press Office in New York*, Anthoula Katsimatides, Executive Producer of the documentary film ‘Olympia’, and Harry Mavromihalis, Director of the film, talked about what makes this poetic journey in search of one’s place in the world relatable to a big audience.. 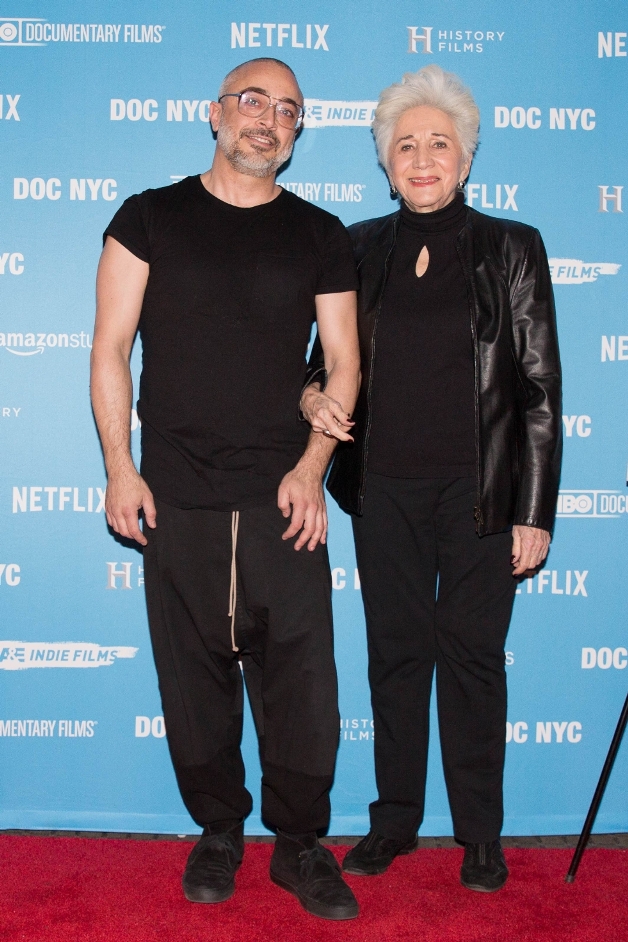 Why and how were you involved with the project?

Harry Mavromihalis: I came up with this idea when I met Olympia. I invited her to an artists’ and directors’ workshop in Cyprus and she accepted, so I met her in Cyprus where we spent 2 weeks together and got to know her… I always loved her as an actress and personally I was fascinated to meet her. A year later, I approached her for the documentary and eventually she accepted…

Anthoula Katsimatides:   … even though it was hard to convince her!

Could you tell us more about your relationship with Olympia and give us some details on the moviemaking?

A.K.:   Olympia was always been my mentor. She was teaching a workshop in my acting school. And when I learnt that there is a Cypriot filmmaker filming Olympia, I loved it.

H.M.:   So, I went with my camera and filmed Olympia for 3 years in Los Angeles, Toronto, Cyprus, Greece. Olympia went back in Greece with her daughter and granddaughters to show them her mother’s and father’s village. Her mother is from Pelopi, a small village near Mani…

A.K.:… and her father is from Lesvos, where is a street named Michael Dukakis, after her first cousin who was running for president in the USA. So, Harry followed Olympia around for three years with money from his pocket, traveling. He also had to play the role of journalist; asking questions in order to get her reveal her true identity. It worked very well because the film is such an authentic representation of the woman Olympia is. The feminist, gay rights activist, an immigrant story comes true, it’s a film about those things and so much more… Based on people’s response to the film it’s definitely a film that will make you laugh, make you cry a little, a touching film which sometimes showcases Olympia’s funniest side; and also, the wildest spirited way, and her love of her ethnicity. 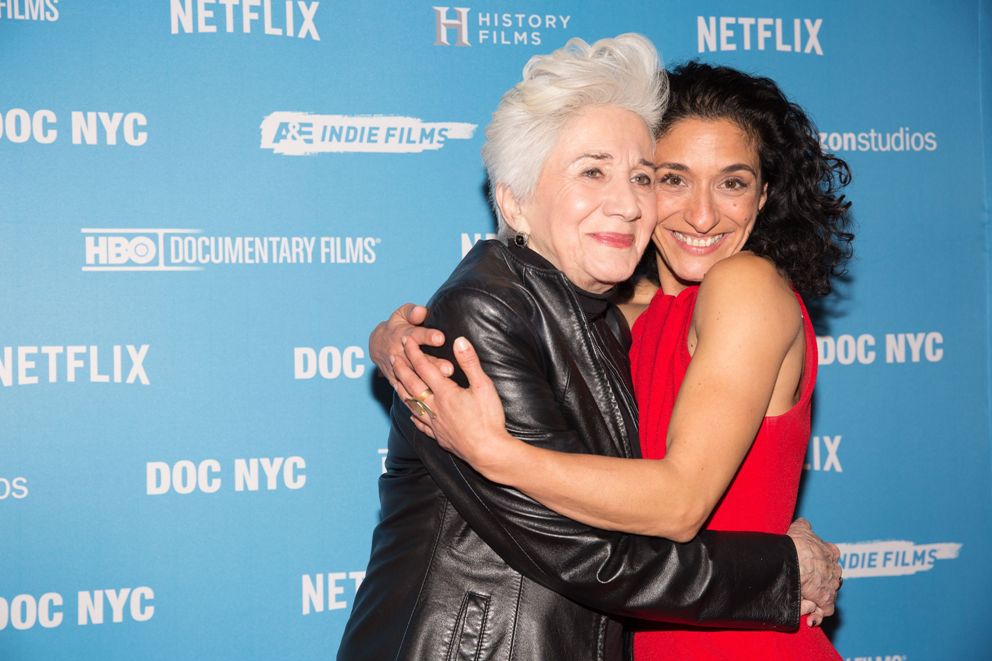 Can you elaborate on Olympia’s career, her vision and passion with theater and cinema?

H.M.:   A lot of people speak about the famous star which speaks at that age so freely about sex, drugs, about suicide.. She opens up, she allows us in, she touches us. When she was in Greece she went to Epidaurus and it was amazing seeing her navigate around the ruins and figure out where were the people, when she (as Clytemnestra) addressed them, how the ancient world works. To me, it was fascinating.

A.K.:   To me it still is fascinating her love for theater where she began her career, that made Olympia win an Oscar as supporting actress. Her love for theater is related with her Greek origin. It is wonderful and inspiring that she could go from theater stage to the accomplishment of winning an Oscar. So, we show her essential shelf and her authentic style.

How have her Greek origins and the Greek tradition influenced her?

H.M.:   What is important for the Greek American audience is that Olympia had to struggle with the principles and values her parents brought with them from Greece, a conflict in her life between these values and what she wanted to be as a young girl, to define herself as a woman in a man dominated environment where the women been seen and treated as inferior and could not do things that boys were allowed to. She had to fight for her right of equal treatment as a woman.

What are the plans for the film’s screening in the USA and Europe?

H.M.: We’ ve finished the film and we wanted to disseminate it as much as possible, and the way to do that is through festivals. So we submitted the film to several festivals. For the USA the world premiere took place in New York last November, where Olympia and her friends live. It was an extremely successful premiere. In Europe we had to choose a place for the European premiere, Cannes, London, etc. We chose Thessaloniki Documentary Festival, because it makes sense but also because it is a very successful festival, we applied there and we were accepted. So, on March 2 the premiere will take place in Olympion Cinema in Thessaloniki. And there will be a second screening 2 days later, at a smaller theater.

A.K.:   So, we have 2 screenings and we hope that our folks from Thessaloniki and the surrounding areas will come and support. We will be there and we would like to talk with them about the film. We also plan to submit our film to other festivals domestically in USA and around the world. It’s not just a story for Greeks. It’s a universal story, Olympia is a universal woman. There were many Greeks in the premiere in NY and there was a standing ovation. She is like an icon for Greeks though actually many younger Greeks didn´t know about her, this younger generation was impressed to hear her story. 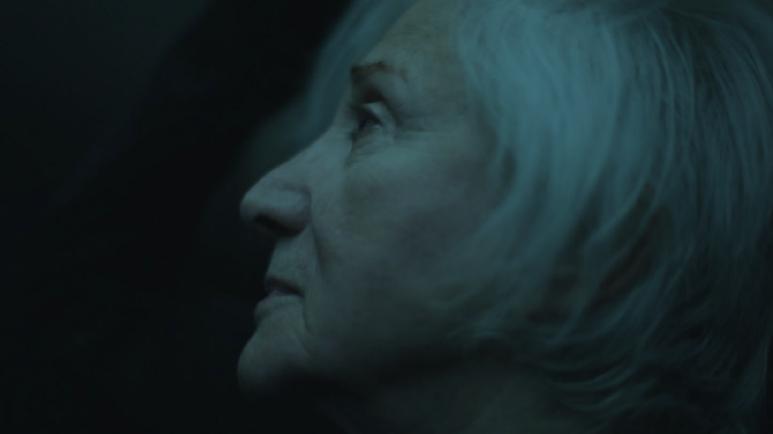 Could you tell us a few things about yourselves, your work and career?

A.K.: I have been an actress for the last 10 years. I have been on television shows, some films, two years ago I worked in Greece for the Smaragdis’ film about Kazantakis, I loved to work in Greece. But Olympia documentary touched me, because she, as an actress, as a woman, as a Greek American, as my mentor may be like a grandmother figure, she was very dynamic. That’s why I loved her, when I met her, that’s why I wanted to be a part of that film. I didn’t know exactly what my role would be, but since I had the experience and skills, I decided to be the executive producer and I used my passion for that, especially in raising money for the film.

H.M.::   Currently my goal is to promote the film apart from big cities like Los Angeles, Chicago and Boston, especially in small towns across America for one-night screenings in order to be watched by as many people as possible, people that don’t have access to the big cities’ theaters. Festivals will help, but it’s not a commercial film for all theaters. I am trying to raise money for those screenings. At the same time, I am trying to raise money for my second documentary.