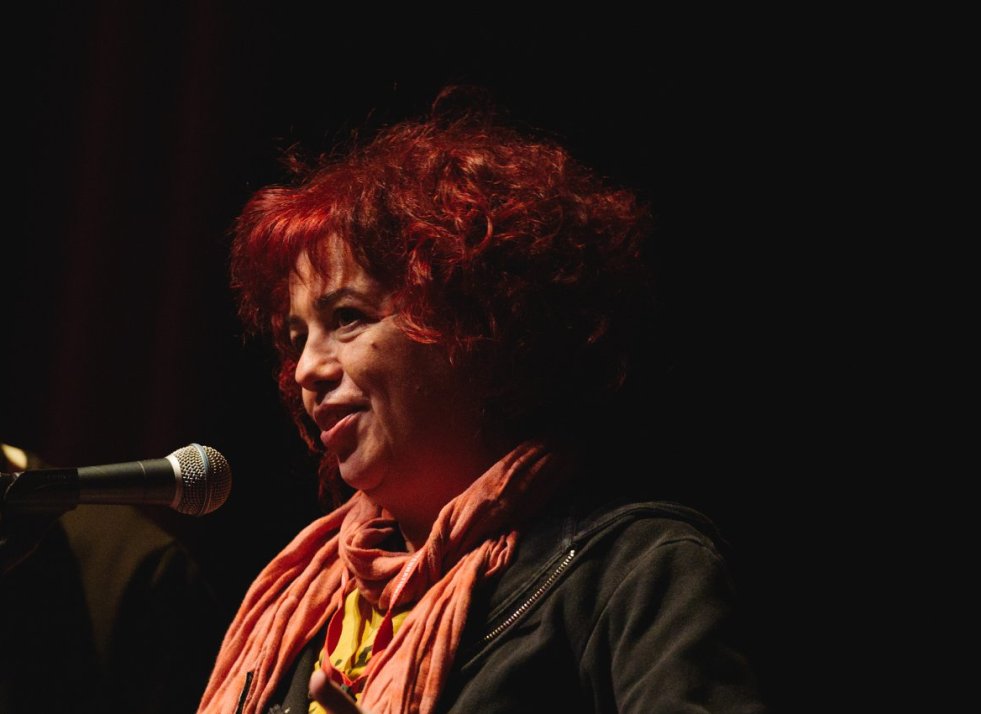 There is no deus ex machina for the characters in Maria Lafi’s film “Holy Boom”. In fact there is no God at all in this dark drama where multiple storylines interweave to bear witness to the eternal race between human cruelty and kindness as the protagonists fight to survive during orthodox Easter. The lives of four strangers, who live in the same neighborhood in the currently downgraded area of Patisia, change dramatically when, on Palm Sunday, the neighborhood’s postbox is blasted just for laughs by Filipino teenager Ige. Documents of vital importance to all of them have been destroyed: Lena and Manou’s LSD stickers, a letter to Thalia from her abandoned child and Adia’s birth certificate. The consequences are relentless: Lena and Manou are chased by the drug dealer who wants his money back. Adia, an illegal immigrant, is now alone with her newborn child, forbidden to even identify the corpse of her husband, who has just died in a car accident. Ige tries in vain to be accepted by the local community and Thalia, who is watching everyone in the neighborhood, has lost her only chance of finding happiness.

Maria Lafi talks to Greek News Agenda* about how she combined the "Holy Boom" photography and soundtrack to underline the protagonists’ strive for survival, character building inspired by real life incidents and the perils of finding co production from Greece, Albania and Cyprus.

While Greece has been at the center of the storm because of the refugee crisis, you return to the issue of economic immigrants’ integration in Greek society. Do you feel the situation in Greece is as gloomy as in your film?

There have been economic immigrants in Greece since the 60’s, but Greeks also immigrated from time to time. People move around the world in search of a better life, this is a game that is not always won and there are collateral damages in everyone’s plan. The thing is that I live in the same neighborhood the film was shot. I can understand these characters; I see them, hear them. They somehow chose to immigrate or their parents did and they ended up in this city. There are second generation kids born in Greece that don’t have an identity card or other documents and that have also lost their cultural identity since it’s too difficult to keep their own customs and language. The situation is not gloomy only for immigrants. I feel that soon half of the planet, probably we too, will have to move away, because of the climate change.

In “Holy Boom” your characters are experiencing an Easter with no Resurrection. There is a strong feeling of tragic irony enhanced by music and photography. Would you elaborate?

I always wanted to make a film about Easter time. I consider this period as a childhood memory that stayed with me. The truth is that religion is not my cup of tea but I find the visualization of these customs attractive. The story takes place during Holy Week and this gives me the opportunity to make a comment of how hypocritical religion and religious people can be. On the other hand, Easter somehow marks the new life the spring gives birth to.

The idea about the soundtrack came up from the very beginning. Writing the first scenes of the screenplay I was thinking: what if we used an adaptation of Easter hymns? I consider rock music as war music and I liked the idea of a warlike adaptation of a Christian hymn! The film characters are in the middle of their own war for survival, so this kind of music can underline their goals and needs. Our composer, Lakis Halkiopoulos, is very open minded and immediately understood what I was looking for. I wanted the film photography in the same direction: Dirty, dark and always unsteady as our heroes’ war and world. I was lucky because we were on the same page with my collaborators on the visualization of this film. 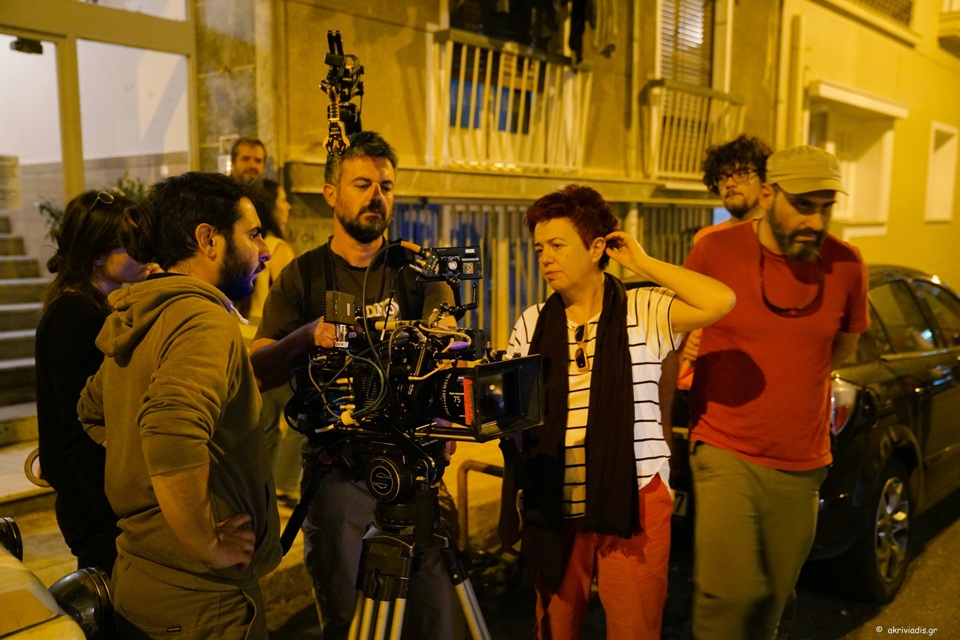 In your film you create a psychological space for the viewers to inhabit, letting them feel the characters’ distress. What were the means you used to that end?

The realistic photography of the film makes the audience feel the danger. The stories are based on true facts that I used to build my story, starting from a teenage boy from Afghanistan who got blasted from a stray bomb he accidentally found in a garbage bin, looking for food, (this incident took place on Palm Sunday of 2010), to mothers who have no one to look after their kids while they are at work and end up giving them sleeping pills or whatever… These are true stories. No matter how extreme they may sound, since they’ve happened in real life, they have the power to be on the big screen.

How did you work on building realistic film characters?

By observing people. As I said, I live in this multi-cultural area the film takes place. I always wonder how my neighbors make ends meet. I suppose I’m a little bit like Thalia, I see and hear people without talking about them. And I’m always making up stories for everyone… It’s a kind of a mind game for me.

Is the film story related to the controversies of life in Greece or could it take place anywhere else?

I think that such stories happen all over the world. Greece is not the only country hosting immigrants. If you remove Easter from the story, which is a subplot anyway, you can find similarities with a lot of Western countries. The fact that people from all over the world that I meet in the festivals tell me that they see similar situations in their own countries, shows that this story is global and the problems of the people are the same, no matter where they’re coming from or where they’re heading.

“Holy Bloom” was your first feature. Could you tell us about its coproduction adventure?

From the beginning we had in our mind that this is a film that could find a coproduction in several countries. The film characters offered certain flexibility in the sense that we could choose their origin. We had discussed about it with the producer, Lillete Botassi from the very beginning. We were also lucky because co producers Bujar Alimani and Tefta Bejko liked the script and we also knew each other, since Bujar and I have met in festivals in which we participated with our short films. Also Christina Georgiou from Cyprus took a liking to the project from the very beginning. We’ve met in some Script Workshop, working on different projects. That time I was working on “Holy Boom” screenplay and Christina almost immediately said that she wanted to be part of this production. I know that it may sound easy, but, believe me, it’s not. In order to manage to have such kind of coproduction you must fill dozens of papers and bureaucracy is enormous. Also for small countries like Greece, where the money you can find is not enough, getting in some kind of coproduction, is a solution. 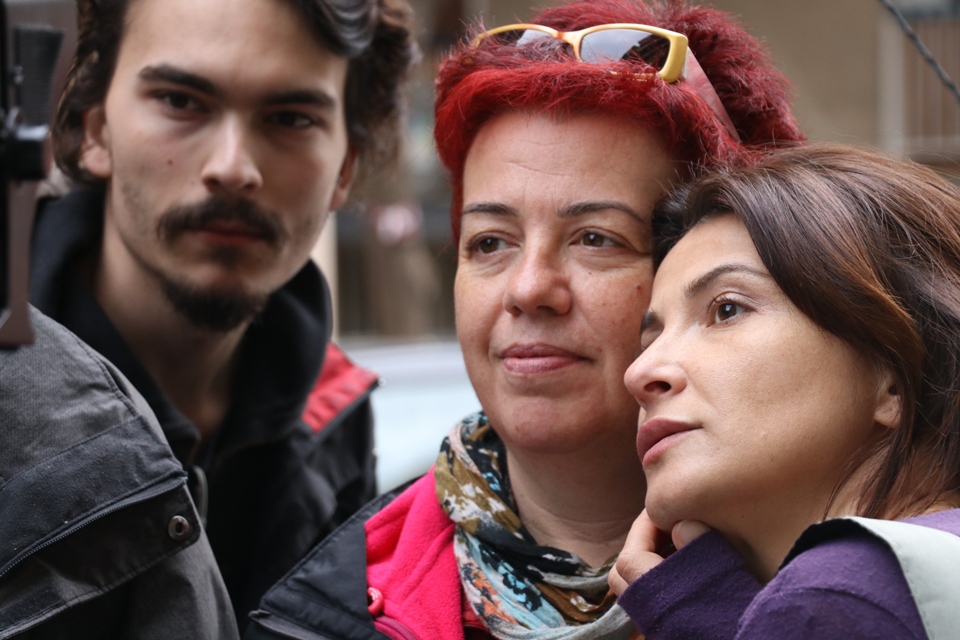 I’m writing a new script with Christina Georgiou. We hope that somehow this new story will become a film. It’s a difficult and peculiar story too. But still, if you don’t have an interesting story, what is the purpose of getting in this huge adventure of making a film after all?