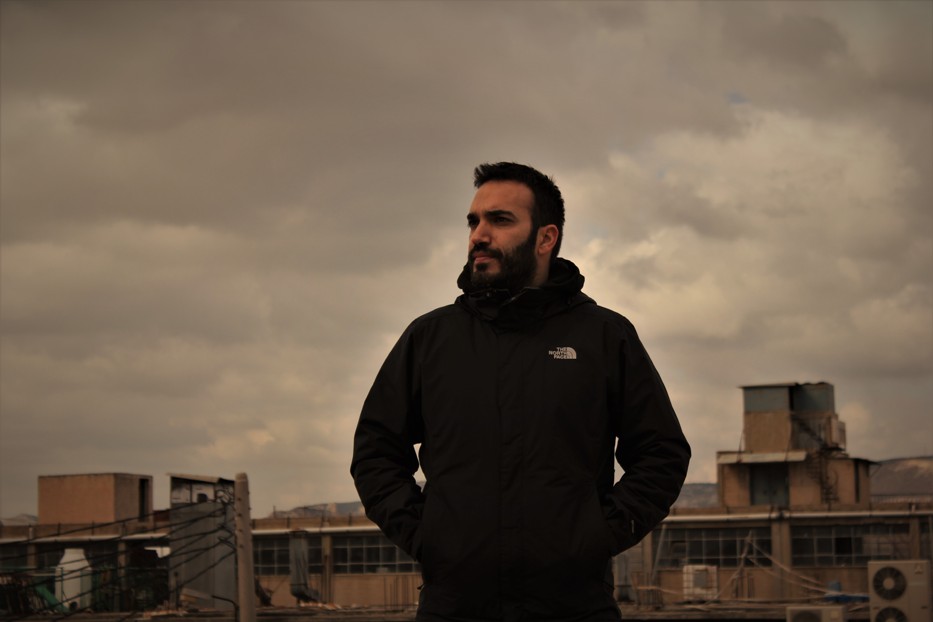 As the 42th edition of the Short Film Festival in Drama is due to begin on September 15, Greek News Agenda interviews* Yorgos Teltzidis, writer, director, award winner and Jury member of the Festival. Born in Thessaloniki, Teltzidis has studied film and European Culture and written and directed a number of short films, documentaries, and commercials. He has also participated at the Berlin and theSarajevo Talent Campus and Zurich Film Festival Master Class. Six of his scripts have been funded by the Hellenic Broadcasting Corporation (ERT) and the Greek Film Centre.

In 2012 he received the best documentary award at the Drama International Short Film Festival for his film “Pure radio”, concerning a radio station where young addicts workas part of their therapy. In 2013, at the same festival, he won the Pan-Hellenic Film Critics’ Association award for his script for “Generator”, where a heavily indebted shop owner accepts defeat in a society set ablaze by the economic crisis in Greece. “Generator” was directed by Nikoleta Leousi.

His next short film “Dye” (2015), about a family which sees an opportunity for a slight improvement in their dire economic situation by selling an apartment that they have rented to an immigrant, was nominated for the Hellenic Film Academy award. In 2016 “Dye” won the best short film award at the Hellas Berlin Filmbox festival. His latest short film, “Dam” (Fragma) (2017), about a young woman who doesn’t know what will become of her dog as her family is forced to leave their home due to the construction of a dam, won the Best Southeastern European Film award at the International Short Film Festival in Drama and was nominated for the Hellenic Film Academy award.

Teltzidis likes to tell stories about people in free fall. Whether his broken characters are situated in miserable interiors or under the beautifully shot open sky, their common ground is their inability to find comfort and understanding. In his interview with Greek News Agenda Teltzidis explains what attracts him to his dark stories, how he feels about Greek short films. He also highlights his interest in issues of identity, loneliness, the fragmentation of the middle class, the morality of the petty bourgeoisie and violence in all its forms and why he uses his characters as a canvas to depict and exorcise his fears, fears that may be shared by other people too. 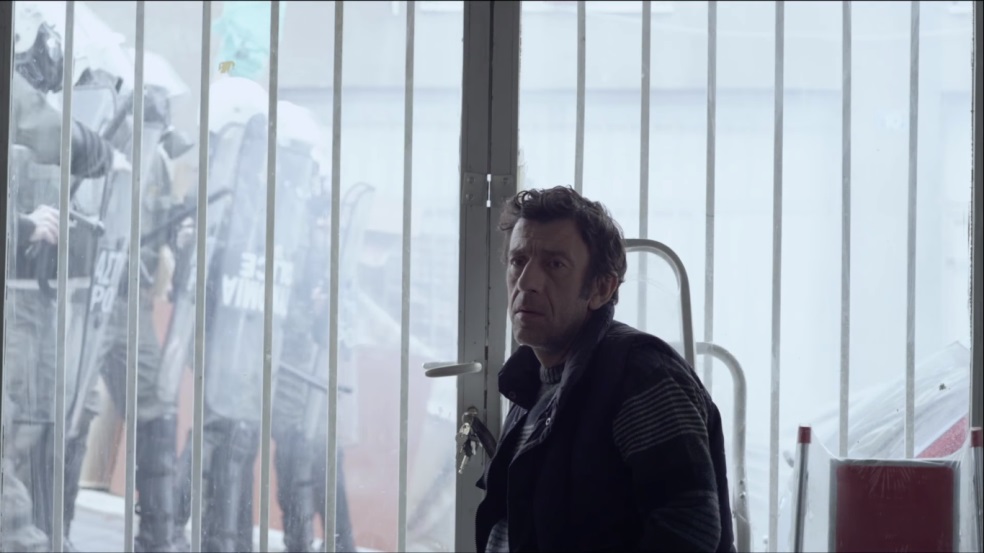 Political commentary underlines your films, especially “Generator” and “Dye”. Do you feel you were a product of the crisis?

It’s true that political commentary underlines my films, but for me it serves only as a starting point. I use the socioeconomic background to build a narrative structure about the archetypal conflict of the individual against fate and not in order to point out a specific political standing. When cinema becomes a political manifesto, it loses its charm of suggestiveness. Anyway, filmmaking in a country dominated by low brow culture and cheap esthetics is, in itself, a profound political act. Issues of identity, alienation and loneliness, the fragmentation of the middle class, the morality of petty bourgeoisie and violence in all its forms are concepts that existed before the economic crisis, concepts that I always go back to. This means that even if I had begun making films before the crisis, I would make the same stories and I would be fascinated by the same characters.

In your film «Dye” you study how people of a marginal social milieu can be led to racist behaviour. Would you like to elaborate?

Coming out of the economic prosperity bubble, the middle and lower middle class lost their political ground and the first victim in its recovery efforts was the foreigner, “the other”. Thus deep-rooted racist perceptions became the field where casual fascism was cultivated as a response and as potential violent action against the other, in the form of coercion and expulsion of the helpless. This is what I was interested to explore in “Dye”, i.e., how a fascist behaviour is engendered in a typical petty bourgeois Athenian apartment. I wanted to avoid the clichés that you would probably expect to see in a short film of this kind, such as muscled men with shaved heads and tattoos. I started at the core and the breeding ground that generates them, which are the people next door.

There is a socioeconomic dimension evident in most of your films. Your protagonist in “The Dam” is a tomboy; her father is angry and resigned, and most of your scripts are about middle aged men in dead-end situations. How does harsh reality influence gender identity in your work?

The setting of the “Dam” is the cinematically unexplored Greek countryside and its codes, where patriarchy is still strong and evident in the lives of people, resulting in the entrapment for both sexes and erecting limits and barriers to free self determination that are difficult to overcome. The female protagonist is trapped in such a situation and is forced in a sense to lose her identity, while she is driven towards a violent and blurred coming of age. The socio-economic aspect lies in the construction of the huge dam, which, as a symbol/transmitter of coercion and violence of the strongest to the weakest, in the name of development, forces the inhabitants to abandon their home. It's true that I like writing stories about middle-aged men whose lives have reached a kind of stalemate, but after the “Dam” I began to explore younger characters and their passage into the adult world.

There is a prevailing sense of loneliness and alienation in your works and neither family, nor friends or romantic relationships seem able to offer any answers or comfort to your characters. Are they incapable of connecting or are they crushed by circumstances?

The characters in the stories I write are in a sense alienated, unable to communicate effectively, but still with every move they desperately ask for human contact. They are victims of an inescapable past that remains forever present. I am deeply influenced by the work of writers such as Tobias Wolff, Raymond Carver, John Cheever and Breece D’J Pancake. The latter especially has played a catalytic role in shaping the emotional mechanism of my characters. I was influenced by his detached narration, aimed at a calmer observation of human despair which, as it remains untreated, turns into cruelty and inability to communicate.

How do you incorporate your fears in your stories and how do you work on their visualization?

As I like to say, we are probably writing about what we fear we are or will become, and writing is a healing process in our attempt to exorcise these fears.

You have served as a member of the jury of the Drama Short film Festival. How do you feel about contemporary short film production?

Last year I was Member of the Jury of the 41st National Short Film Festival in Drama and this year I took part in its pre-selection committee that chose the film lineup that we will see in Drama this September. Having a good idea of domestic short film production in recent years, their number exceeds 200 per year, andI can say with confidence that the biggest problems lie with scripts and acting, with some notable exceptions. The technical aspect of filming has improved greatly. I believe that a great number of cinematographers and sound technicians can easily stand up to demanding international productions.

I’m currently in the pre production process of my new short film “Felix”, which is funded by the Microfilm programme of the National Broadcaster (ERT) and I have already set sail for my first feature film, whose treatment has been selected by the Mediterreanen Film Institute and is in the development process.

At the same time, the Long Shot Films Production Company, of which I am a co-founder, has just completed its first short film titled "Vouta" (Dive), scripted by me, directed by Dimitris Zahos and funded by ERT’s Microfilm programme; and two more Long Shot films are in the preproduction process after having secured funding from the Greek Film Centre and ERT.