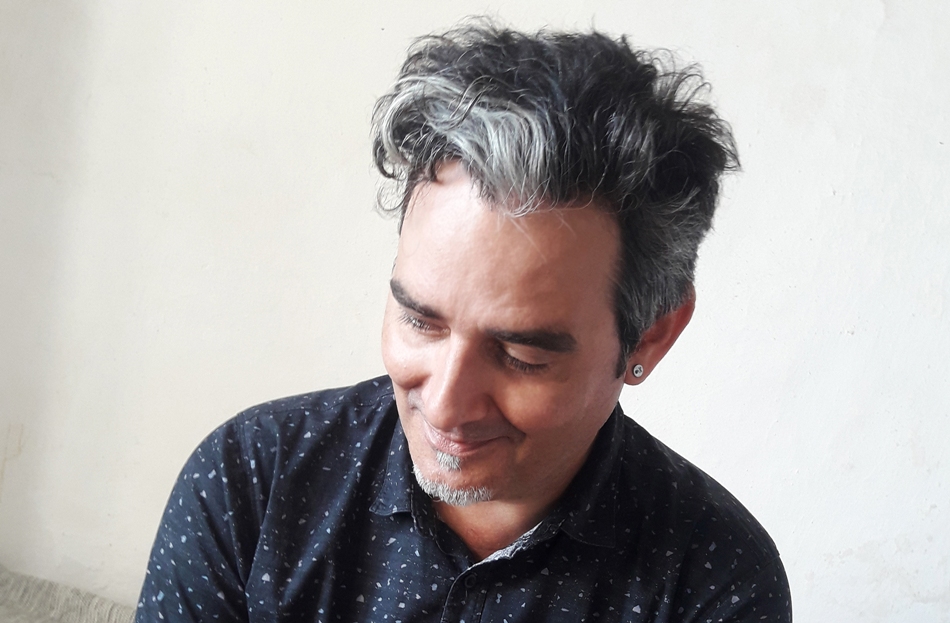 Wouldn’t it be nice if everyone was able to move freely from one relationship to another, not caring about other peoples’ feelings or consequences? This has been the case so far for Aris, the protagonist of “Not to be Unpleasant but we need to have a serious talk” (2019) written and directed by George Georgopoulos. Aris (Omiros Poulakis) has everything going for him. Following a cutthroat approach in his working environment as well as his personal affairs, he has been enjoying life as a carefree womanizer and his boss’ (Vaggelis Mourikis) pet. His luck is about to change when he discovers he is a carrier of a sexually transmitted virus that is lethal only for women. But he is also the only hope for a curing vaccine if he finds which one of his ex-girlfriends had the first viral strain.

Giorgos Georgopoulos has studied directing at the School of Cinematography and Television Likourgou Stavrakou, in Athens, Sociology at Universita Roma I: "La Sapienza" and European Culture at the Hellenic Open University. He has worked as Director of Photography in numerous classic Greek films, and as a film editor, director, and producer, mainly of TV commercials, documentary films and educational TV series for the National Broadcaster (ERT). His filmography includes two feature documentaries, “Education for whom” (2015), which was shot in Kenya and “The Outcasts” (2012). "Tungsten" (2011), his first full-length film, shot in B&W, won four awards at the 6th Cyprus International Film Festival (Best Film, Best Director, Best Screenplay, Best Editing), Best Film award at the 8th Transilvania International Film Festival and the Special Mention Prize at the 18th Festival International du Cinéma Méditerranéen de Tetouan in Morocco. His second feature fiction “Not to be Unpleasant but we need to have a serious talk” was awarded theJ.F.Costopoulos Foundation Award at the 60th Thessaloniki International Film Festival.

Georgopoulos creates a brilliant dark comedy that takes place in the near future, where people have more and more technologically advanced methods of communicating, but less communication and feelings towards each other. Interviewed by Greek News Agenda* George Georgopoulos stresses that he is always interested in blurring the line between the victim and the perpetrator (as was the case in his first feature "Tungsten") that often exists in human relationships. He also elaborates on how he used the locations of Maroussi and Mesogeia to create the sense of a Greek dystopian city, his artistic choices, and challenges and why he tries to understand even the creepiest of his protagonists. 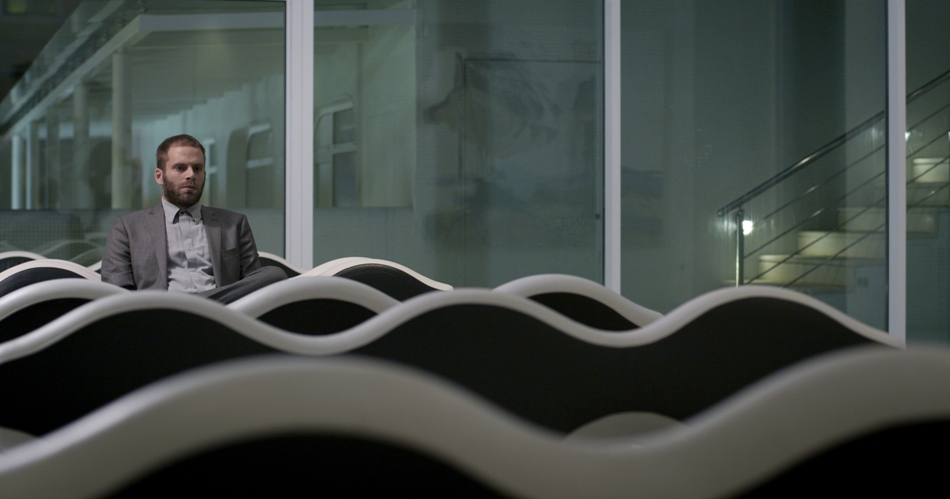 Your film talks about the pain we cause to our fellow human beings. Are women the only victims in real life? Could the protagonist be a woman?

The film talks about the pain we cause to others but also to ourselves, because I’ m sure that the main character doesn’t feel happy deep inside, and he comes to a point of realisation in the end. I guess that everybody can be a victim and perpetrator at the same time. Even though I always try to blur the line between these two when I make a film, I believe that they coexist. There is no woman in this film either that was forced to be with this guy: they are attracted to him; they made a choice. And he is not the best person in the world. But I guess most of us were attracted to the wrong person sometime in the past.

I have thought many times how this film would be if the main character was a woman. I have even thought that it would be fun to make both versions. And even more fun if the female version was directed by a woman. I can imagine that a story with such a negative female character as a protagonist may lead to various misogynistic reactions by some of the audience. It would be truly interesting and eye-opening. 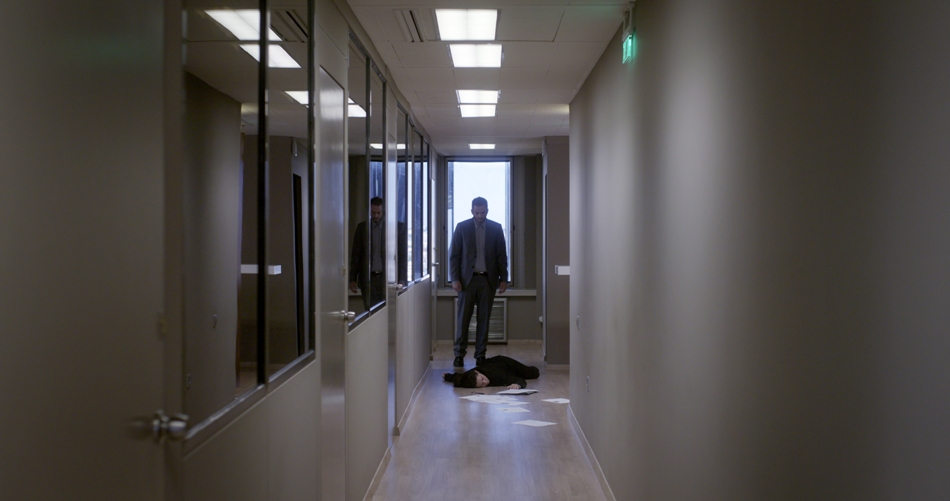 How did you work with location and the DoP on the construction of a dystopian city in the near future where people and feelings are unimportant?

The film is shot mostly around the northern suburbs of Athens and Mesogeia. I was born in Marousi so I know these suburbs quite well. There are certain areas that in my view look like a business environment that was planted in the wrong place, especially after the tough years of the crisis. It is a combination of corporate architecture and abandonment. We didn’t have to change many things in order to make it look dystopian. But anyway we had the most awarded VFX studio in Greece (Yafka) as co-producers, and they took care of every detail. The most important thing was to find the right angles. Christina Moumouri (the DoP) and I visited the locations many times before shooting in order to do so. And sometimes, when location becomes a priority, you have to sacrifice some other things, such as e.g. the sound, which needs to be dubbed if you want to shoot close to a highway like Attiki Odos. But the biggest problem was that every day we had more than one filming location. We always had to move from one place to another (sometimes three locations in a day) and that is a big waste of time in a day of filming. It can destroy your schedule and make your budget explode. 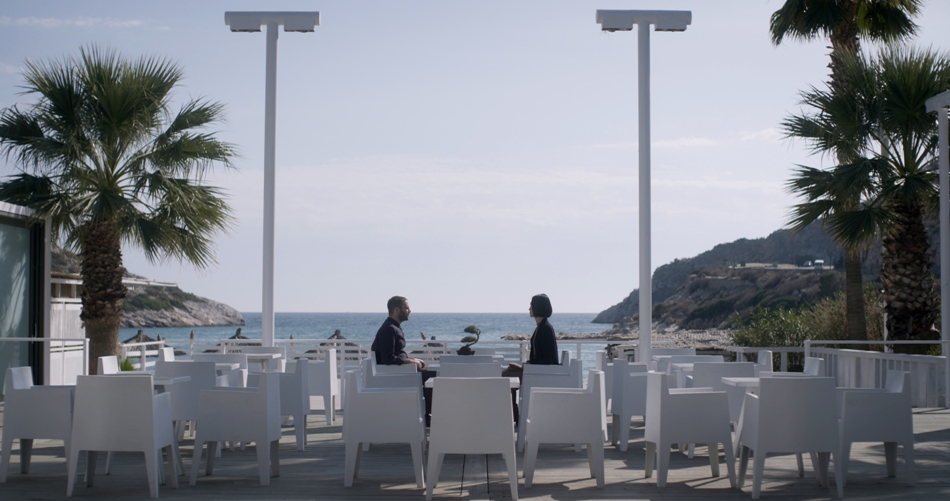 Omiros Poulakis, Mari Yamamoto, “Not to be Unpleasant but we need to have a serious talk” (2019)

In your film, there are quite many plot twists and a rather open ending. Could you elaborate on these choices?

The film is based on a completely linear story. But the linearity of the story is bi-directional. Our protagonist has to return to his past in order to move on and solve his case. Every step of his journey is like a piece of a puzzle. Without twists, these pieces are numbered. I don’t think there is fun completing a puzzle with numbered pieces. Twists are a way of breaking with this linearity.

I don’t consider the ending as open, in the sense that the plot comes to a conclusion. There is nothing more to find. I just decided that the final act should follow a more existential path. I wanted the main character to feel small when he is facing the gigantic consequences of his behaviour. 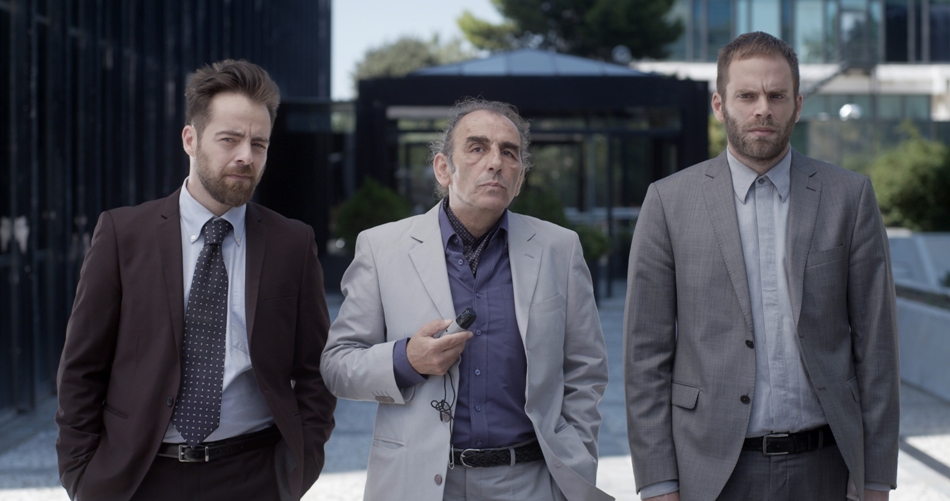 Your protagonist, to put it as gently as possible, is not exactly a nice person. Does he stand for: a. the man of the future, b. an exceptional creep you love to hate, c. the alpha male – a champion of toxic masculinity or d. the average male?

I really hope he is not the average male. For sure he is full of toxic masculinity but in a more manipulative way, I think.  But he is also a man trapped between two worlds that work in completely different ways. His career world, however, wants him to be competitive, tough, and relentless in order to get his trophies. On the other hand, the world of human relations needs him to be an emotional, tender and giving person in order to have friends, a family, etc. But human behavior doesn’t come with a switch button. And the problem for him starts when the values of corporate culture start dominating his entire life. He becomes ruthless and sees people as trophies. He gets joy through conquering. To be honest, I wouldn’t hang out with this guy, but when you are making a film you have to find ways to understand even the worse characters of your story. 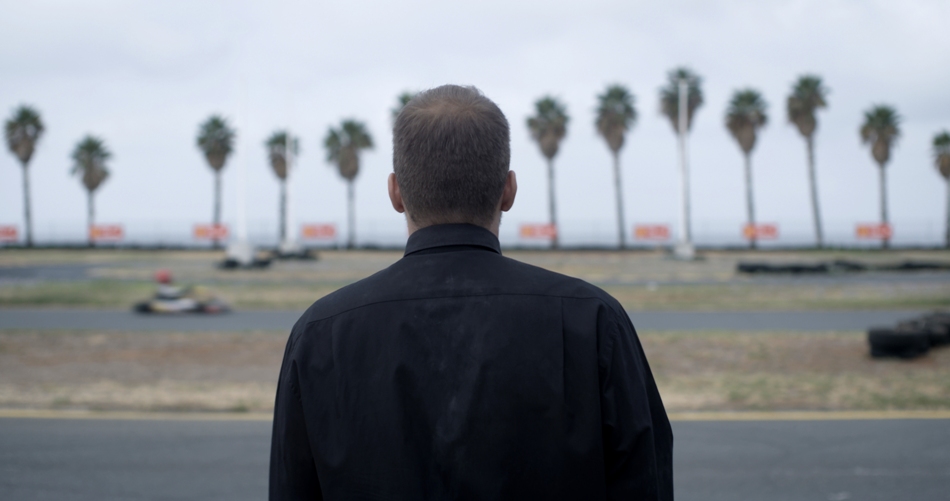 Is love impossible or not and why?

Love is not impossible of course. It is out there waiting for us, and it is great to give and take. But this film talks about a world where love is absent or not expressed. And a film cannot talk about everything. 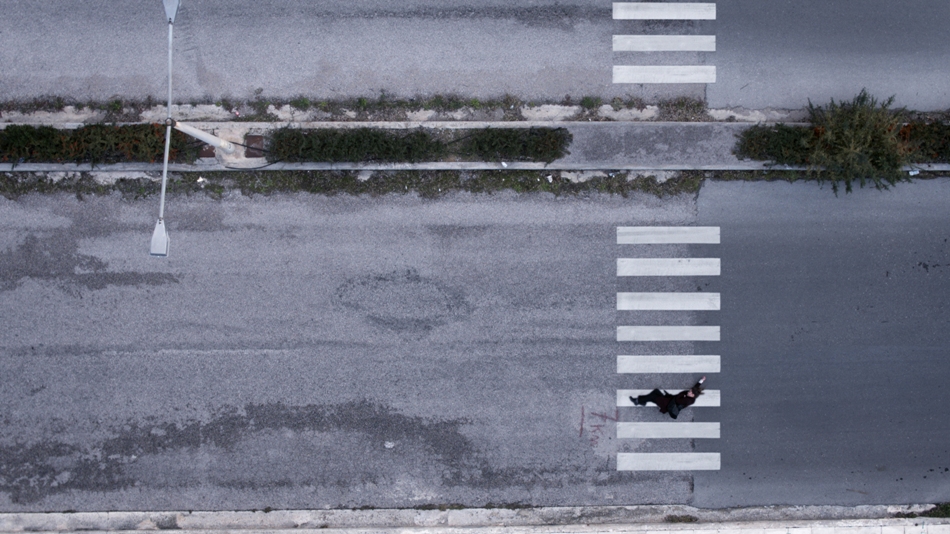 What were the difficulties of funding your project and what are your future plans?

We had the usual difficulties any film project may have, and more perhaps because it was difficult for one reading the script to pick out the comic elements of the story. Everyone perceived it as pure drama, and this story is far scarier as a drama. Moreover, the universe of the film wasn’t described in detail in the script, so readers couldn’t exactly imagine how this thing was going to look. I am going to be really more careful with these two problems in future scripts.

My next project is a teen sports movie. It’s the story of a teenage female judo-athlete who is going to try to qualify for the next Olympics. It is a coming of age film focused on the relationship between the girl and her sensei. The script was selected for the2017 Faliro House - Sundance Mediterranean Workshop, where I had the chance to work on it with some really great filmmakers. It is going to be a Faliro House production and that makes me feel great.