Filming Greece | Digger: Georgis Grigorakis and the fragility of the lone rider 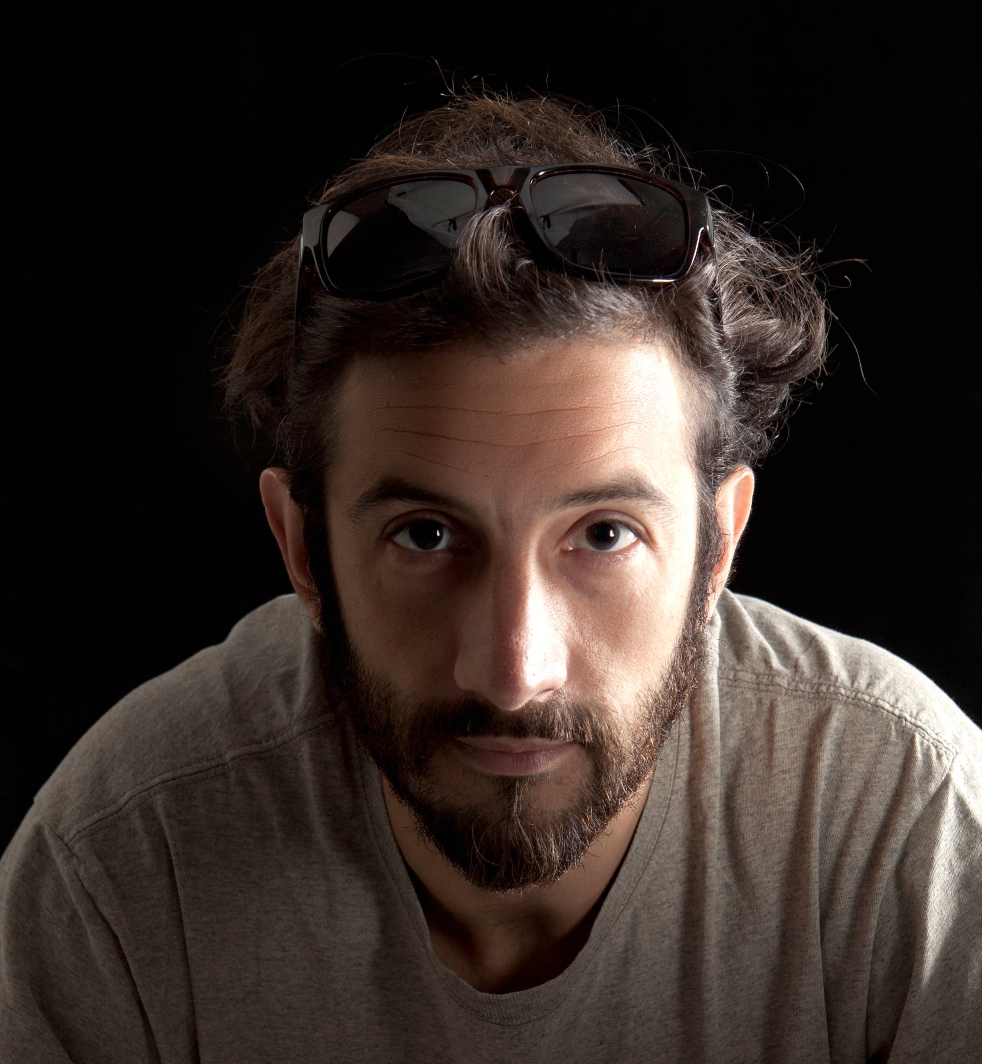 “Digger” by Georgis Grigorakis is a contemporary Western about a native farmer who lives and works alone in a farmhouse in the heart of a mountain forest in Northern Greece. For years he has been battling with an expanding industrial Monster digging up the forest, disturbing the lush flora, and threatening his property. However, the greatest threat yet appears with the sudden arrival of his son, after a twenty-year estrangement. They become enemies under the same roof and confront each other head-on, with nature as their only observer. Father and son must however work together in order to prevent the for-profit industrial gobbling up of the living land that they inhabit.

Georgis Grigorakis is a writer/director based in Athens. He studied social psychology in the UK before completing a master’s degree in film directing at the National Film and Television School (NFTS). Since 2007 he has written and directed 11 short films, which have been screened at over 100 film festivals around the world, winning numerous awards. His debut feature film, "Digger" (2020) was supported by the Nipkow Programme Fellowship, the Sundance Screenwriters Lab and the Cannes Festival Cinéfondation Residency. It premiered at the 70th Berlinale, where it received the Art Cinema – CICAE Award and was then honored with the Best Actor Award at Sarajevo IFF. The film continues to screen at renowned international festivals around the world. In his interview with Greek News Agenda*, Grigorakis explains how he subverted the narrative codes of the Western genre to produce an alternative cinematic text on male fragility in “Digger”.

Although your main character is “a lonely guy with his horse and his shotgun” fighting in a harsh environment, I think that one of the prevailing themes in the film is the notion of male fragility. Am I right?

The idea for the story began with a lone character that lives like an outlaw by his own codes. The forest he lives in protects him, and he protects it. At the same time, he fights the industrial Monster that eats away the land he is on and threatens his property.

Land ownership, family legacy, social tension, and violence around the main character allude to the idea of a Western, so we put the story in this context, and played with some elements of the genre. The landscapes, the aesthetic and the rhythm of the abandoned countryside of the Balkans, the rough and unfriendly looks of people living there, is also reminiscent of Western themes.

The intention though was to subvert the Western elements the narrative tackles. It’s a story told from the point of view of the natives who love their land, and not of the cowboys ‘looting’ the land. The landscape is not hot and dry, but humid and cold. More importantly and against Western stereotypes, manhood is ultimately negotiated by the ability to step back, give and expose one’s vulnerability and not by being tough and striving to dominate. So you are right that the notion of male fragility is central to the story. Our characters battle with their personal monsters of egoism and domination, in order to find a common ground, a way to be together.

Digger can be seen as a dark and tender anti-hero neo-western for the relationship that two riders have, one with a horse and the other with a motorbike, who dig into the mud to find something of each other that they have long-lost. And when the digging begins, the inner landscape of the characters heats up.

The father-son relationship, as well as the relationship between man and nature, is sacred, in the sense of respect, knowledge, care, and responsibility.  The quest of a son for his father and their archetypical conflict is at the center of the narrative. Nature contributes to the result of the conflict, as it interferes actively in the end, giving the most unexpected resolution. But it is ultimately the need and decision of the two protagonists which determines whether or not they manage to bridge the gap of their long separation.

Ecology is difficult as a film subject. What drove you to mix different genres to create an ecological western?

Within the shadow of the existential threat of climate change, it has become imperative to connect human stories with the stories of this planet. In the same way that people have been asking for equality in race and gender relations, now the planet demands that we reassess and find a new balance in our relationship with the environment. The exploitation of the earth’s natural resources by corporations, which neglect environmental issues for short term profit, creates an imbalance in our relationship with our environment that is reflected in the imbalance of human relationships. The narrative digs into the two-fold nature of both humans and nature. In the film, nature and machines get to take turns in being the enemy and the savior.

Humor is evident in some of the most unexpected moments of the film. Would you like to elaborate?

Digger’s story is dramatic at its core, but it also has some comic elements. Comedy and tragedy are closely connected, and it is much closer to real-life to have both elements combined. Sometimes, whether an event or a situation is dramatic or comedic depends on someone’s point of view. It has been said that comedy is tragedy plus the distance covered from the tragic event. Humor needs and gives some distance from the drama, it puts it into perspective. I’m very happy if we have managed to succeed in bringing out some humor, as it sometimes was a difficult task to juggle and balance these different tones in the film.

Being open to humor as a tool to tell the story created the framework that allowed for “mistakes” in rehearsals or during the shooting, which were incorporated into the script adding to the comic textures. Vangelis Mourikis, the protagonist, is a very spontaneous actor and great at improvising, so there were even unscripted moments, like those in which he interacts with the animals of the farm that also created unexpected moments of humor even for us who were making the film.

Would you like to say a few things about the funding of the film?

Funding and producing the film was an uphill battle.  Funding is one of the most difficult and thorny issues in the Greek film industry, where state funding is inadequate and even more so for first-time directors. I was lucky to have producers in my corner like the director Athina Tsangari, who was the main producer in the film, and co-producers Christos Konstandakopoulos and Fenia Cossovitsa, who have in different ways all played key roles in the development of Greek cinema in the last decade. We managed to get funding from France, thanks to our French co-producer Gabrielle Dumon, and some funding from Germany thanks to our executive producer Michaele Weber. The financing of the film was completed through our co-producer Nikos Katsaounis. It was only because these people believed in this ambitious and risky project that the film became possible.

What’s next in your plans?