According to Production Guide Greece – Winter 2021, an annual publication by the Hellenic Film Commission of the Greek Film Centre, Greece is definitely a spotlight filming destination in the south-east of Europe, blessed with the friendliest light in the world, Mediterranean climate, stunning locations, versatile both in terms of landscapes as well as in architecture, a qualified industry with devoted local talent and a 40% cash rebate. In these extraordinary times, the country has coped with the pandemic efficiently and has gained praise worldwide for the collaboration between government, health experts and population. Filming continues under new government COVID-19 related protocols and procedures during shootings and preparatory tasks.

Recognizing the significant contribution of the audiovisual sector to a country’s economy, Greece introduced in recent years a “cash rebate” system providing investment incentives for audiovisual productions (film /TV/documentary/animation/digital games) for expenses incurred in Greece. A number of amendments were recently adopted to improve the existing support scheme making Greece more competitive within the international audiovisual market, along with other measures such as tax returns, reducing red tape etc. According to these modifications, the amount of cash rebate increased from 35% to 40% of eligible costs incurred in Greece, in conjunction with a decrease in specific minimum spending adapted to different audiovisual products. The cash rebate for the audiovisual industry in Greece is administered by the National Centre of Audiovisual Media & Communication (EKOME S.A.).

Up to eighteen international movies will be shot in Greece in 2021, confirming the industry’s demand for the country’s nearly endless variety of stunning landscapes and monuments, noted Director of the Hellenic Film Commission, Venia Vergou, addressing a conference organized by the School of Film at the Aristotle University of Thessaloniki, adding that the expected revenues from foreign productions in 2021 could reach 90 million euro. Vergou underlined that this foreign interest creates a “positive domino effect” that will help attract further productions. 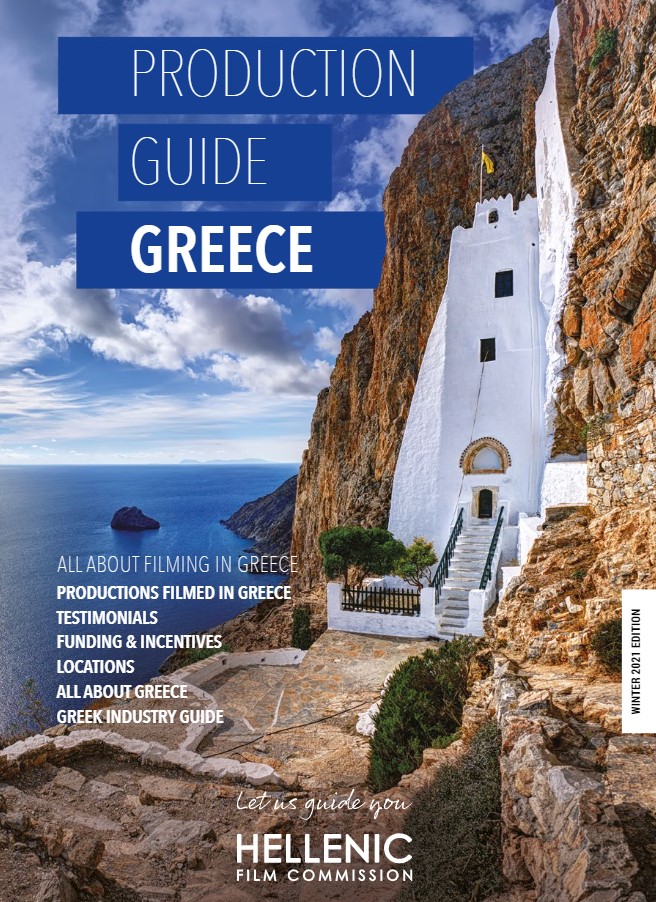 She explained that coordinated moves, and the participation in international forums, exhibitions and international markets abroad and online, due to the pandemic, showed foreigners that it is possible to continue shooting in Greece even during the pandemic. "As a result, Vergou added, not only did we not lose any productions, but we also managed to attract large productions that were scheduled to shoot in other countries.

The fact that Greece offered the highest cash rebate in Europe was a decisive factor in attracting foreign producers, Vergou pointed out. She also announced the intention of the Greek Film Centre to support producers who intend to offer apprentices to graduate students of recognized film schools of Greece both at location scouting and the production stage.

“We expect so many productions from Spring to Autumn 2021 thanks to Greece’s effective management of the pandemic”, Vergou concluded.

Stathis Kalogeropoulos, head of the Athens film office, commented that "Greece is under siege by foreign producers" and stressed that "locations are already booked for 2021 and about to be fully booked for 2022". He also referred to his experience from shooting the series "Tehran" in Athens, noting that the project attracted the interest of a major television platform and was acquired by it. It was essentially the last production shot in Athens before lockdown, while for the second season of the series the shooting will start in the summer and will last till the end of August. 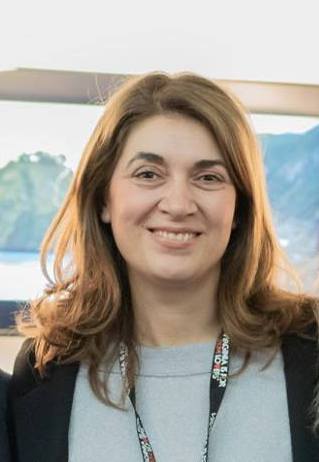 What is the mission of the Hellenic Film Commission?

The Hellenic Film Commission (HFC) is a directorate of the Greek Film Centre (GFC). It is supervised by the Ministry of Culture and Sports and subsidized by the state. The principal aim of the HFC is to promote and develop Greece as a filming destination for international film and TV productions. HFC supports international audiovisual productions planning to film in Greece as an intermediary in providing information, advice and guidance, free of charge.

This is definitely the case. Filming for domestic and international audiovisual productions was held in 2020, based on the safety guidelines for shooting issued by the Hellenic Ministry of Culture and Sports from the very beginning of the pandemic. Additionally, the Ministry issued a new set of Guidelines For Safely Conducting Preparatory Tasks For Audio-Visual Productions on 3.31.2021 concerning the arrival of international audiovisual crews.

Many films and TV shows were shot in Greece in 2020, including “The Triangle of Sadness”, directed by Ruben Östlund, Academy award winner for “The Square”. “Daughters” directed by Nana Neul, was shot in Amorgos in the summer of 2020; it was a German-Italian-Greek co-production, the first European co-production to re-start filming in Europe and the first to be shot in Greece after the pandemic. Maggie Gyllenhaal’s Elena Ferrante adaptation «The Lost Daughter», starring Olivia Colman, Dakota Johnson and Paul Mescal for Endeavor Content was shot on the island of Spetses in the summer of 2020. 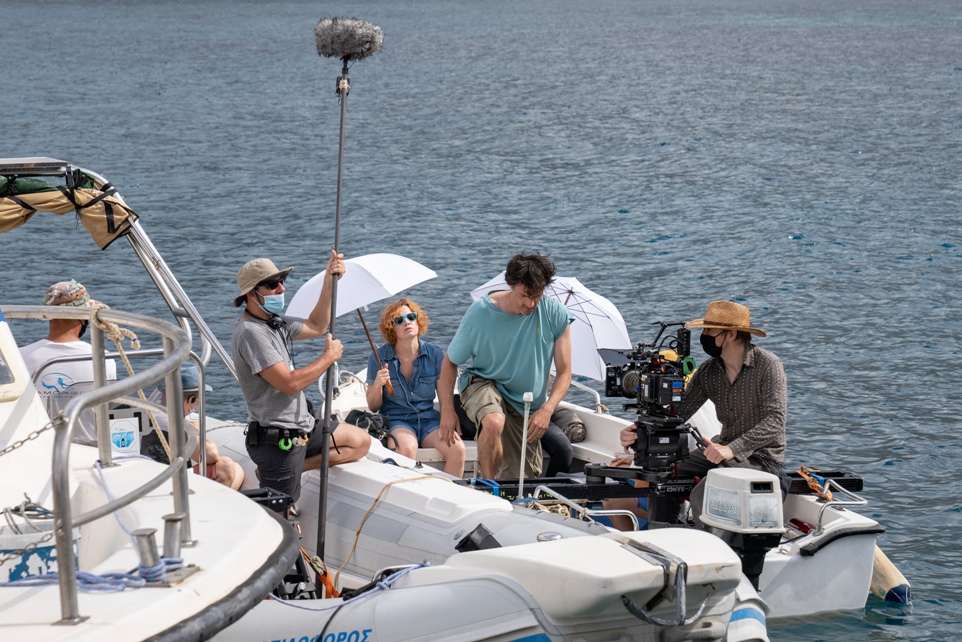 2021 proves to be even more dynamic as many feature films, TV series, reality shows travel and history series and documentaries are being shot or are about to begin.

Disney will shoot “The Greek Freak”, directed by Akin Omotoso and based on the family story of Giannis Antetokoumpo’s family before all the fame; shooting is scheduled between May and July.

The world-acclaimed filmmaker David Cronenberg is expected to film the feature film “Crimes” in July in the area of Attica.

Warner Bros is currently shooting in Crete for a Swiss TV channel.

Referring to the feature films that begin filming in late spring-early summer, their titles and country of origin among others include:

“To the North”, directed by Μihai Mincana, a co-production between Romania, Greece, France, Bulgaria and the Czech Republic. The film will be filmed over 29 days in late Spring, in ports in Romania and Greece such as Athens, Piraeus, Perama, Skaramaga, Lavrio, Chalkida.

“I Love Greece”, the debut feature film ofNafsika Guerry-Karamaounas, a filmmaker of Greek origin, will be entirely shot in Greece in Αthens, Piraeus and the island of Serifos in early summer.

“Exodus”, the debut feature film of Lebanese director Abbe Hassan that is a Swedish production, will be entirely filmed in Greece in the area of Attica.

“Voices in Deep” by JasonRaftopoulos, an Australian production 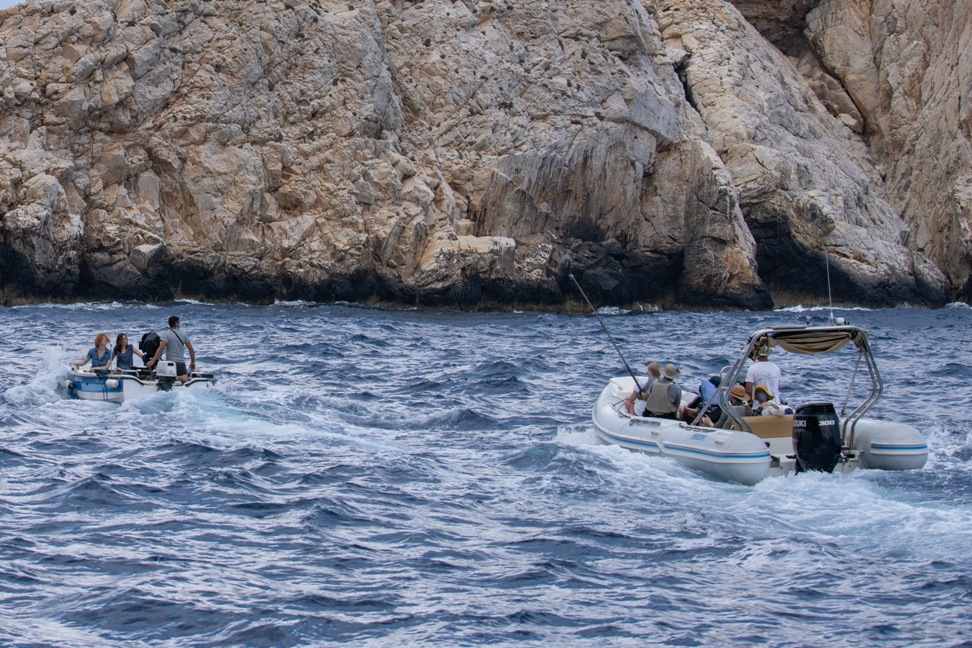 The Hellenic Film Commission recently introduced the Location Scouting Support Program. Could you tell us a few things about it?

It is an extra tool for international productions. The Location Scouting Support Program is addressed to foreign film and television projects that are interested in conducting preliminary location scouting in Greece. This specific Program will be an important tool for attracting international audiovisual productions according to best practices. Location scouting offers producers the possibility of a comparative evaluation of the advantages of each location as well as all the filming opportunities that Greece offers. The Location Scouting Support Program by the Hellenic Film Commission of the GFC, on the one hand, aims to attract international audiovisual productions in Greece and on the other hand to enhance the employment of Greek filmmakers, thus contributing to the development and improvement of the domestic human resources expertise.

Read also: GUIDELINES FOR SAFELY CONDUCTING PREPARATORY TASKS FOR AUDIO-VISUAL PRODUCTIONS – Hellenic Film Commission, Production Guide Greece - Hellenic Film Commission, New incentives to support audiovisual productions in Greece, EKOME President PanosKouanis explains why Greece is your next filming destination (and yes, it has to do with money), One more reason to film in Greece: A new legal framework of economic incentives