Think Tanks | Sotiris Roussos on the Syrian conflict, Turkey and the study of the Muslim World 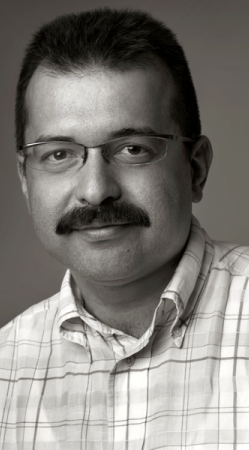 Sotiris Roussos is Associate Professor at the Department of Political Science and International Relations of the University of Peloponnese; Head of the Centre for Mediterranean, Middle East & Islamic Studies (CEMMIS), and Coordinator of the Centre for Religious Pluralism in the Middle East (CRPME).

From 1997 to 2003, he served as Senior Middle East Expert at the Greek Foreign Ministry. During the same period, he was a member of the Organising Team for the Athens Meetings between Israelis and Palestinians MPs, a member of the Task Forces for Water and Refugee Issues of the EU Special Representative for the Middle East, and the Greek representative in the Informal Group on the Religious and Cultural Aspects of Jerusalem. In 2009 he was appointed Personal Envoy for the Mediterranean Partners of the President-in-Office of the OSCE. Sotiris Roussos has written extensively on regional security and international politics in the Middle East, political Islam and the Christian communities in the Eastern Mediterranean.

Professor Roussos spoke to Greek News Agenda* about the study of the Muslim World, the Syrian crisis and its repercussions, the Islamic State, Turkey, Iran, and the European stance on the refugee crisis:

You are involved in two major initiatives in Greece regarding the study of the Muslim World. The Centre for Mediterranean, Middle East and Islamic Studies (CEMMIS) and the recently established Centre for Religious Pluralism in the Middle East (CRPME). Can you give us some more information on those two initiatives? What is their purpose?

We are talking about two distinct and at the same time interconnected initiatives. The Centre for Mediterranean Middle East and Islamic Studies (CEMMIS) has been, for ten years now, researching and reporting on the Middle East and the world of Islam. CEMMIS is the only centre in Greece dedicated to the study of the Middle East producing more than a hundred reports, bulletins and multimedia presentations. Established in the Dept. of Political Science and International Relations of the Univ. of Peloponnese and affiliated with the Athens based Institute of International Relations, it has trained more than eighty interns and researchers on Middle East Affairs.

The Centre for Religious Pluralism in the Middle East (CRPME) came to fulfill the need, highlighted in the Athens International Conference on Religious Pluralism in the Middle East, to establish a follow up mechanism in Athens, which would examine the situation in terms of freedom of religion or belief and cultural pluralism, would codify the various problems and would elaborate concrete proposals and viable solutions. CRPME's website and newsletters report on the social and economic conditions of the religious communities  in the Middle East, the cultural production, the demographic situation, the conditions under which religious rights are exercised and the relationship of these communities with the world and the communities of the diaspora.

It seems that the Syrian crisis is the result of a power vacuum in the Middle East,  which in turn is due to the transition from a bipolar to multipolar international system. Do you agree with this approach? How do you think this that this vacuum manifests on a domestic, regional and international level?

Some American analysts tend to describe this period as "politics of incoherence" meaning the transitional period when the old has gone but the new has yet to come. What we encounter is the ascent of various regional powers struggling for hegemony in their near abroad. The only and lonely superpower seems ready to accept a kind of regional hegemony while these powers cannot threat US global supremacy. In such a transitional situation, Washington can also tolerate relatively  ungoverned zones, if there are no vital American interests under threat. Syria is a case in point where the US initially allowed for regional powers such as Turkey and Saudi Arabia to take the lead.

During the Syrian conflict, the Kurds have played a key role in combating ISIS. Do you think that in the near future Kurds will have an opportunity to establish a Kurdish state in the region, one that could unite the Kurdish people leaving today in four different states?

The Kurdish autonomous self-government in Syria seems to be the only alternative paradigm to both the Arab Baathist nation-state and Islamist extremism. However, I am afraid that no major power has any intention "to die in the ditch" for the Kurds. In other words, Washington would face no dilemma if they had to choose between Ankara and the Syrian Kurds. And Russia would not alienate Iran (suspicious of any Kurdish entity) for the shake of the Kurds. It is difficult to find any trustworthy allies for the Kurds in the Syrian endgame.

The latest developments in the Syrian conflict have put Turkey in a difficult position. Do you think that Turkey can continue its aspirations to play a key role in resolving this conflict? What will be, in the long term, the consequences on Turkey’s role as a regional power?

There is no doubt that the Russian military intervention in Syria has seriously curtailed Turkey's ambition to play a decisive role in the Syrian endgame. However the country's geostrategic position, in conjunction with the refugee issue, gives Ankara a certain leverage. It seems that Erdogan will use this issue to gain not only financial aid, visas and re-kindling of the Turkey's EU Accession process but, most importantly,  the European support for a safe zone along the Syrian-Turkish borders. With the pretext of establishing a safe haven for refugees, Turkey will be free to thwart Kurdish plans for autonomy in Northern Syria.

What is the importance of PM Tsipras recent visit to Iran? Do you think that Iran is changing?

Certainly Iran is changing. The lifting of sanctions will bring serious changes in Iranian economy and society. It will terminate the conditions of the "war economy" that has shaped both politics and social hierarchies. Greece can only benefit from closer relations with Iran. Unfortunately these relations have been somewhat neglected for the past ten years and Athens has taken steps that could have been misunderstood as unfriendly to Tehran. But I am sure that the visit of the Greek Prime Minister has done a lot to dissipate such concerns and I hope that the visit is going to have the appropriate follow-up, in terms of concrete agreements and common projects.

How do you judge the European stance on the refugee crisis? Do you think that the EU relocation/resettlement proposals are viable?

The European Union sense of security was anchored on two main elements. The first was the American politico-military umbrella, which was necessary even during the post-Cold War era. The second was the interventionist welfare state, which was built due to the Social Democratic political and ideological hegemony. When both of these elements waned, they were replaced by greedy and barbarous financial markets producing a gigantic precariat, feeding individualism, social Darwinism, xenophobia and racism. Under such circumstances the refugee issue is not examined objectively, but under the pressure of social barbarism.

What scenarios do you see unfolding for the Islamic State? You have referred to an ongoing “perceptions war”, can you tell us more?

My prediction is that the Islamic State won't last more than two years. This means that there will be a military defeat in conventional terms. Even so, I am afraid that without a new home-grown paradigm of state-building in the region, the 'perceptions war' conducted by the spiritual offsprings of ISIS will last much longer. 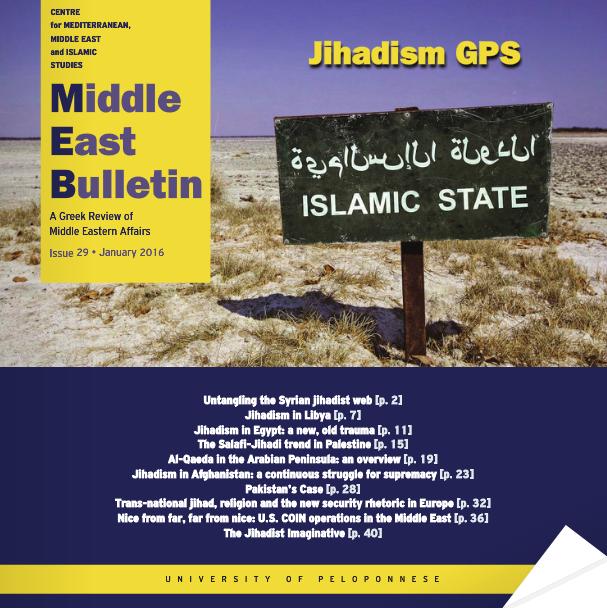