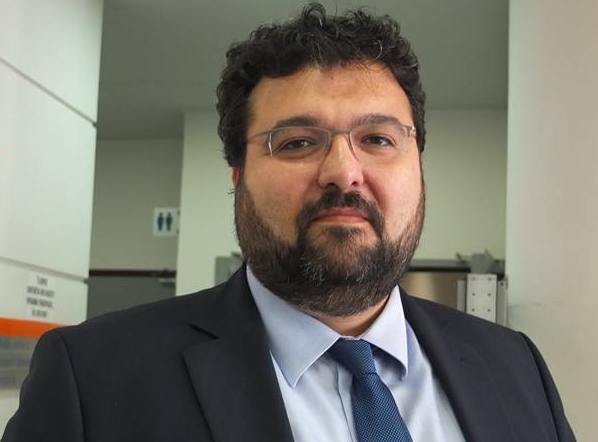 Corruption has been a recurring theme in the public debate for some years, both in Greece and abroad, with regard to the causes of the economic crisis in the country. However, according to the latest Transparency International’s Corruption Perception Index (2015), Greece has been noted as one of the top improvers among countries with a significant increase in scores since 2012, in light of the fact that the fight against corruption has become a national priority in recent years, with an ambitious National Anti-Corruption Plan (NACAP) being launched.

George Vassiliadis*, Secretary General Against Corruption spoke to Greek News Agenda** about the strategies undertaken by the Greek government in the context of the National Anti-Corruption Plan, the high risk areas, Greece’s cooperation with the German State of North Rhine-Westphalia, the importance of proactive legislation and the role of education and IT in the fight against corruption. He also shared his view on how the fight against corruption can help the Greek society progress and set new foundations for the country’s future.

Q: Could you give us some insight on the issue and explain your main duties? And what are the major strategies and actions undertaken by the government in the fight against corruption?

A: The fight against corruption was one the key pronouncements made by the government at the time of its election in January 2015, consisting of two main “components”, if we may put it this way: 1) to be able to deal with and assist audit mechanisms shed light on past cases that are responsible for bringing the country to this situation, and 2) more importantly, to develop a strategy against any legal vacuum that may lead to corruption. Thus, it is a battle for better regulation from now on so as to eliminate any such vacuums leading to the spread of such occurrences.

In this context, a three-year action plan has been developed for effective interventions throughout the public sector, as well as in the private sector. The plan includes 124 actions within public administration as a whole, affecting everything from public procurements to the operation of internal audit units inside Ministries. The implementation of the plan has already begun, the first pieces of legislation -such as the declaration of assets- have already been passed, the bill regarding the funding of political parties will be tabledin parliament shortly, as will legislation concerning public procurements and the planning of strategies in high risk areas. Generally speaking, we are in the process of huge efforts to implement this national plan.

Q: Do you single out any high risk areas; Are there topics or sectors more vulnerable to corruption than others that should be prioritized?

A: According to research, and common sense, high risk areas include the health sector, national defense procurements, public works and local administration. Specific national strategies against corruption are being developed in those areas. In some sectors, special strategies have already been deployed; in others, we will be ready to deploy them soon, taking precise action in all of them.

Q: You recently held the conference "15 months of Secretariat General Against Corruption" where you presented an annual report of your work during the past year. Could you give us a couple of specific examples of your work in practice regarding actions and operations that were so far successfully completed?

A: We focus especially in assisting audit and prosecution mechanisms in their efforts. We try to provide prosecution authorities with any available information that the government may have, as well as with technological equipment to help them carry out their work, and the same applies goes for the audit mechanism. Operating simultaneously as an AFCOS, that is the Greek section of the European Anti-Fraud Office (OLAF), we have created a network of information flow which had, as a result, in the last year alone, a 50% rise in seizures of contraband cigarettes.

At the same time and in the same context, we have tried to coordinate the audit mechanism as a whole. For the first time, delegations from different departments have come out jointly in the streets. We have used the experience we gained over the last year and a half from the legislation against the smuggling of tobacco products to create a permanent and stable mechanism for coordinating action against smuggling. All this is the result of work performed over this period. We experiment, bring new practices, legislate and try to have tangible results for the Greek people, ones that are obvious in the balance of their accounts.

Q: Following the signing of a joint declaration (January 2016), between Greece and the German State of North Rhine-Westphalia, a mission of 50 top officials from the Ministry of Finance, the General Secretariat Against Corruption and the Special Secretariat for Financial and Economic Crime Unit (SDOE) went recently to Germany (July 2016) to attend special training and exchange of expertise in issues of tax evasion, corruption and contraband. Can you tell us a bit more about this cooperation?

A: The cooperation essentially began in May 2015, when a Greek government delegation, led by me, visited the German State of North Rhine-Westphalia. We developed a relationship of mutual trust, signed a joint declaration of mutual cooperation and, as is well known, we have already received from them a list of Greek tax evaders. There is technical assistance in terms of know-how with regard to tax evasion issues. Moreover, there is continuous –if not obvious- cooperation, in the framework of Prosecution Authorities and law enforcement, as well as information exchange and know-how. This is one of the most important actions taken that keeps constantly bringing results.

Q: Improvement in legislation is one of the main pillars of the National Anti- Corruption Plan. Do you believe that it is more efficient to have proactive legislation against corruption or reactive (in the form of severe sanctions)? And what role could education play in this process?

Education clearly plays a catalytic role in the fight against corruption, which is why it is part of the national strategic plan. It is very important that all Greek students, youngsters, from the early years of school, understand the meaning of corruption, of a taxation system, of public property. By understanding, for example, what public property means, students come to realize that they have paid for their school desk themselves, and if they destroy it, then they will have to pay for it all over again themselves. Thus they become aware of and get in touch with the reality they will face as they grow older. So, we consider education as very important. In this context, we signed a strategic agreement last month with Panteion University so as to develop actions raising awareness amongst students and young people in the country on the issues of corruption.

Q: Core elements of fighting corruption are transparency and openness. How does Information Technology, with all its tools, facilitate your work? Are these tools deployed effectively in the framework of the Anti- Corruption Plan?

A: New technologies can certainly help fight these incidents. One of the biggest problems faced by Greek state apparatuses was the absence of such technologies for years. We know that the Secretariat General for Public Revenue has been developing new technologies that could minimize inspection and investigation time in tax cases. We know that we can speed up scrutiny by using data analysis and other methods, achieving in the process better results. It is thus obvious that IT plays a significant role, and in these difficult times, the Secretariat General does everything humanly possible to acquire new technology products that enable audit mechanisms, sending a clear message that things have changed and that everyone must do their part now when it comes to sharing the social burden, to the best of everyone’s ability.

Q: In your opinion, how much can the fight against corruption help the country to come out of the crisis?

A: One might expect to hear numbers but I never make comments using numbers. It is obvious that the fight against corruption can help the country given that apart from economic issues, there are also ethical issues. It is a matter of how an organized society can progress. The fight against corruption clearly helps the country move forward. It sets new foundations for the country’s future, and winning this fight obviously comes with economic benefits as well.

* George Vassiliadis was born in Piraeus in 1978. He studied Law at the Law School of Democritus University of Thrace. He then completed postgraduate studies in Information Technology and Telecommunications Law at the University of Strathclyde in Glasgow. He is a lawyer specializing in Business and Corporate Law and a member of the Athens Bar Association since 2004.