The draft law on legal recognition of gender identity passed in the Greek Parliament this Tuesday 10/10/17 with 171 MPs supporting the bill in principle and 114 voting against. Article 3, for the right of persons to change their legal gender at the age of 15, was passed with 148 votes in favour out of a total of 285 MPs present. Ruling coalition leader SYRIZA and the Potami party voted in favour of the bill in principle, as well as the individual articles. Main opposition New Democracy, Far-right Golden Dawn, the Communist Party of Greece (KKE) and the Centrists Union voted against the bill in its entirety while the Democratic Alliance voted in favour for everything except article 3, where it abstained.

Maria Yannakaki, Secretary General for Transparency and Human Rights at the Ministry of Justice, Transparency and Human Rights that intoduced the bill, spoke to Greek News Agenda*, about transgender rights as humans rights, the most important changes introduced by the new law, the problems trans people face in Greece and finally, the importance of bringing "taboo" discussions into public debate in order to challenge misconceptions and move society foward.

The legal recognition of gender identity has been a long standing claim of the LGBTQI+ community. Can you tell us why this is a human rights issue?

Social justice only stands when all citizens are treated equally and are protected as citizens; even though they may belong to groups with characteristics that differentiate them from the social majority. Such a group is our LGBTQI+ fellow citizens. There were numerous occasions where these citizens were a target of racist behaviour - be that verbal, psychological or physical abuse. Additionally, and deeper into societal justice issue: Due to the social stigma they faced if they came out, these people often suppressed their own true selves and tried to live under an identity that wasn’t their own, in order to achieve what all other citizens are entitled to, such as get a home to live in, get a job, get equal treatment in any public aspect of their lives. The core purpose of the gender recognition as law is exactly that: to abolish the administrative reasons underlying the unfair treatment of these citizens and to allow them to live their life as the person they feel they are. Respect towards human values, without any exceptions and exclusions, is the foundation of our democratic culture and it does not come a la carte, but as a duty of our State. Not a moral one, but a constitutional one. And the constitutional confirmation and protection of Human Rights is at the core of our political identity as a government. 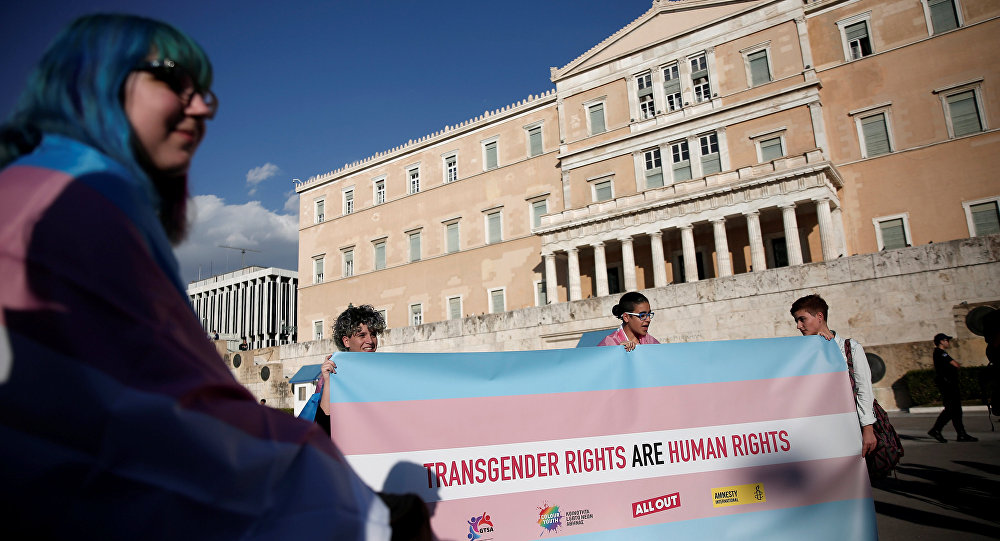 What does the bill include? Which are the most important changes it introduces?

The most important change this bill introduces is the fact that a person who would like to legally proceed to a gender transition is no longer obliged to go through a surgical operation or get medical approval to do so. The way the person experiences their gender identity, the person’s own free will, is the only factor taken into account to legally proceed with gender transition and the procedure is the same one that applies to any other case in which a citizen of this country wants to change a part of identity information, such as their name. This bill, in a few words, gives the chance to anyone who wishes to correct their “official” gender information without them having to go through an undesired sterilization or surgical process. Furthermore, the bill also includes the right of persons between the age of 15 to 17 to proceed with the correction, provided they have their parents’ or legal guardians’ consent and the approval of a medical board.

The LGBTQI+ community has expressed concerns about certain elements of the bill, such as the maintenance of the judicial procedure -rather than a simpler administrative act- and the exclusion of married people from the process. How do you comment?

The judicial procedure is necessary to keep the same procedure for all citizens who want to proceed with any kind of legal change in their identity information. It is the same procedure someone follows, for example, to change their name, even for a trivial mistake, such as a typo by a police officer taking down a name during an ID card issue procedure. Keeping this procedure for gender correction is the meaning exactly of equal treatment of citizens. Anything else would raise reasonable arguments about a la carte handling of citizen issues by the State.

Is Greek society conservative? What do you think of the level of public debate and the reactions of opposition parties and church to the bill?

I will be absolutely honest in answering this: Greek society is quite conservative, in its majority and one can easily realise that, we all live in the same country and know what we are talking about here. Our society, behind the façade of traditionalism -which helps to uphold family values and this is undoubtedly important- has also kept social groups in the dark, in closets, or simply in roles that were constraining for the persons themselves. Take for example the difficulties faced by women, in the job market, in high ranking positions etc. Greek society is not only conservative towards the LGBTQI+ people, it remains conservative in other aspects as well, despite the progress we have made along decades, after difficult battles fought by activists. And there have been tough clashes for stuff we now take for granted. Such is the case of LGBTQI+ rights as human rights.

Public debate always serves a purpose, it is very important in itself, regardless of the outcome. In our case, it was mainly characterized by loud voices raising moral issues, on the grounds of ethnic traditionalism rather than constitutional equality. But the debate itself shows how far we have come, although there remains double and triple the distance to cover. Issues that were taboo in Greek households, have now reached the parliament and are discussed in the streets. This is the biggest essential victory, because every time such a so called moral issue becomes part of the public debate, the next time it is going to be discussed, the starting discussion point will always be more progressive, people will be used to the idea of discussing such things. 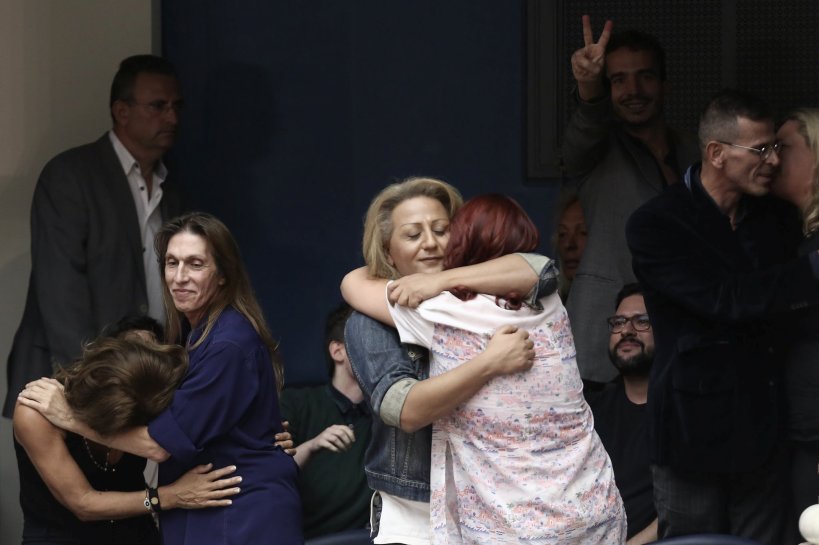 As for the opposition parties in the parliamentary discussion of the bill: All I have to say is that the moment of truth is when it comes down to a vote and hands will be raised or will stay down. When a political party claims to be pro-European, progressive, an ardent defender of human rights and this is claimed to be a core of its political identity, there is no room for cheap oppositional tactics. Human rights are protected globally and universally and cannot be measured in terms of political games.

As for the church, I personally had no illusions or great expectations for it to remain silent or even moderate, although I acknowledge the fact that not all clergy is the same. But I certainly do not see any reason why the church would be an official stakeholder in this. Faith and its practice is a personal issue, it is not to be brought up every time we try to settle civic issues. But this leads us again to what I said earlier about traditionalism and its interference in social justice issues.

It is truly horrifying for someone to realise the everyday issues trans people have to deal with, things that every other citizen takes for granted, things that are otherwise so trivial and simple technicalities, that most of us don’t even bother to think about. Transgender people face problems with simple procedures such as getting a driver’s license issued, obtaining their travel documents etc. I cannot even begin to imagine how stressful my life and everyone else’s would be if we had to face such issues every day. We are talking about people, citizens, who want to live their day to day routine like the rest of us, in the same terms the majority does. We were not letting them do even that without having to put their personal dignity aside and pretend to be someone they are not, forcing them to even dress and look like someone they are not, in order to be able to proceed with trivial issues of everyday life. Never mind the racist behaviour they occasionally faced, precisely because not even the State itself recognized till now their right to live with dignity.

As for society, unfortunately there is a very large part of it that still has not grasped the fact that gender identity and sexual orientation are two different things. The most common misconception is definitely this. There just isn’t enough information available to the people, so that they get to learn these differences, and I understand that this is partially our fault, as a State, but also a result of what I was saying before about taboo discussion issues in Greek society.

A large section of society is not deeply negative and “morally” opposed to the gender recognition law. If someone provides them with detailed information on what this bill includes and how these are civic matters, they will understand that this is about equality. Hypocrisy and fear of those different from us, the ones outside society norms will always be there. Unfortunately, there are still too many people who just don’t have the appropriate education and information about these things and we are on that, trying to make these issues visible and provide the right information to those who want to listen. I believe that a whole new starting point was set after the extension of civil partnership to same sex couples in 2015. Since then, the public debate has moved forward, even though some voices, or rather shouts, still remain the same.

How do you evaluate the government's work in the field of human rights? What challenges lie ahead?

This government is very proud to have taken legislative steps in the last 2,5 years in the field of human rights, that -otherwise unfortunately- had not been taken earlier for decades. More specifically, we expanded the application of civil partnership to same sex couples as well, enforced antiracist legislation and legislation against any form of discrimination, and formed a National Council against Racism and Intolerance to compile a national strategy for tackling and preventing these issues, in cooperation with civil society and state authorities.

Also, with Law 4443/2016 for equal treatment, we brought important changes to legislation, as the law applied to a broader frame of cases, the Ombudsman’s responsibilities increased and private sector cases could now be examined by it. We proceeded to the designation of Special Prosecutors responsible for cases of racial violence, in the cities of Athens, Piraeus, Thessaloniki, Patras and Irakleion, and to the abolishment of article 347 of the Penal Code. We took measures to make the life of prisoners better, respecting their rights as humans as well.

Last but not least, the Legal Gender Recognition bill is a Greek State law as of last Tuesday. The fight for human rights is a constant one. I’d like to say, that, as long as there is humanity, this will be a never ending fight. Are the aforementioned taken steps enough for the protection and promotion human rights? The answer is definitely “no”. But we are making progress; we are taking measures in the right direction that should have been taken a long, long time ago. When only 3 years ago Greece was the black sheep in these issues, the Commissioner for Human Rights of the Council of Europe Muiznieks remarked last summer that Greece is the friendliest country regarding human rights. We intend to remain that kind of country. 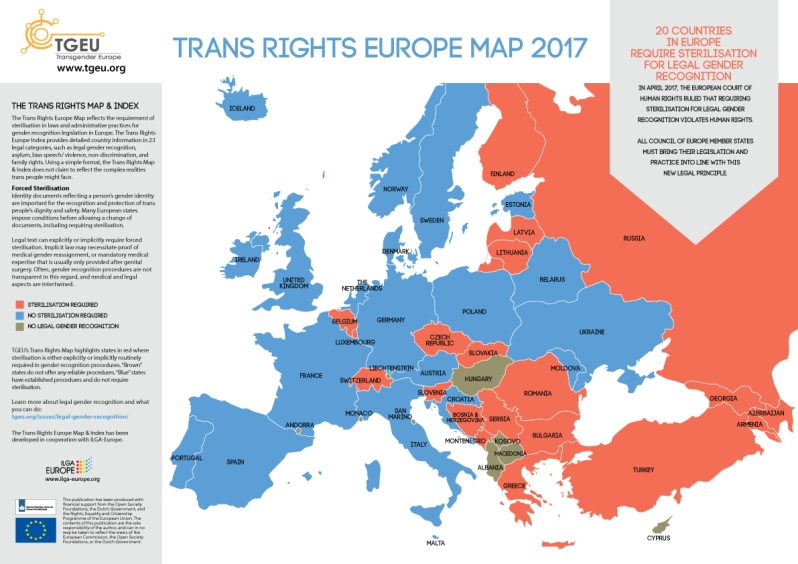