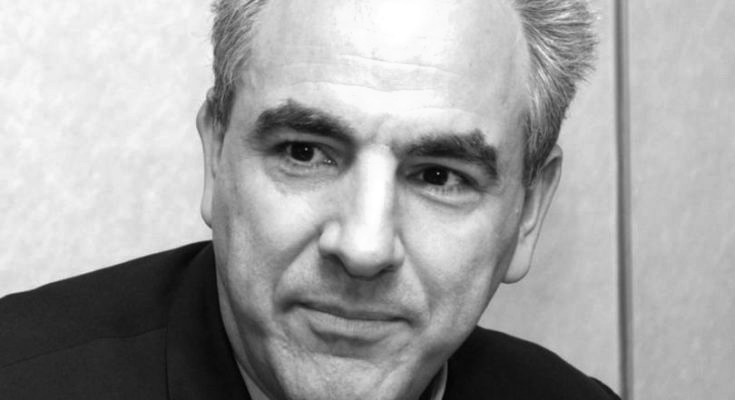 Thanos Dokos (Ph.D., Cambridge) is Director General of the Hellenic Foundation for European and Foreign Policy (ELIAMEP). He served as the Director for Research, Strategic Studies Division, Hellenic Ministry of National Defence (1996-98) and as an Advisor on NATO issues to the Ministry of Foreign Affairs (1998-1999). He has taught at the Universities of Athens and Piraeus, the Hellenic National Defense College, the Diplomatic Academy and the Hellenic National Security School.

How would you describe Greek-Turkish relations today?

Greece has moved away from zero-sum game perceptions vis-à-vis Turkey and overall, the two countries are much better off today in terms of bilateral relations (including trade and people-to-people contacts) than they were a few years ago [before 1999 to be more precise]. Having said that, neither country has moved from their firm positions regarding ‘high politics’ issues and Greece and Turkey continue to perceive each other through a Hobbesian prism. Greek policy-makers are moving away from “zero-sum game” perceptions regarding Greek-Turkish relations, but scepticism and distrust continue to linger as Turkey insists on its revisionist policies. During the last few years Turkey has been conducting frequent low level overflights of Greek islets and islands whose sovereignty Ankara started disputing rather recently. Turkey’s political objective is to promote its claims regarding maritime zones in the Aegean. Challenging the sovereignty of inhabited islands is a highly escalatory and potentially destabilising policy of brinkmanship, however.

It seems unlikely that there will be major progress in the near future in fully normalizing bilateral relations. It would be more productive if the two sides explored ideas for confidence-building measures and functional interim solutions regarding overflights, air-space violations and dogfights.

Erdogan has already visited Greece in the past. This will be his first visit as President. In fact he will be the first Turkish president visiting Greece in 65 years. What do you think about the timing of the visit and which are the expected outcomes for both sides?

The visit is taking place at a time of President Erdogan’s choice. It is probably related to Turkey’s difficult relations with the majority of EU countries, as well as the US and the resulting diplomatic isolation. A state visit to Greece would be a good photo opportunity and a successful public relations exercise for the Turkish president, who is eager to show that he is still welcomed in an EU member state, despite the bilateral problems and his authoritarian style of government. For the Greek government the expectation is that this visit and the resulting good will, in combination with Ankara’s many foreign and domestic problems will lead to a period of lower tension between Greece and Turkey and perhaps better cooperation on the migration issue. Boosting economic cooperation is another expectation for the Greek side.

Are we to expect further progress in the field of economic cooperation between Greece and Turkey?

TheTurkish side has put on the table a few potentially interesting proposals for economic cooperation. Boosting economic ties would be important for both sides, as Turkey remains an export destination for Greece whose economy is still struggling with the economic crisis, whereas the Turkish economy has been slowing down after several years of impressive growth rates. Energy is another area of potential cooperation. Already there is a natural gas pipeline linking the two countries and another one, the Trans-Adriatic Pipeline (TAP), that will carry gas from Azerbaijan to Italy, via Turkey, Greece and Albania, is under construction. The Russian proposal for an extension of the so-called Turkish Stream (another proposed pipeline) through Greece and then to other European destinations will have to overcome the obstacle of difficult political relations between Russia and the West.

You believe that Turkey still wants to join the European Union or that it wishes to establish another kind of relation with the EU?

President Erdogan has made every possible effort to cause tension with major EU countries and alienate Turkey’s Western partners and allies. As a result of undemocratic practices inside Turkey, a number of European policymakers and a majority of the members of the European Parliament have been asking for a formal suspension of Turkey’s accession negotiations. Greece is one of several EU member states believing that such a decision would be counterproductive as it would cause Turkey to drift further away from Western institutions. Turkey’s key role in the management of refugee/migration flows would make such a development rather costly for the EU. It would also be tantamount to ‘abandoning’ those in Turkey (probably 50% of the population) who are against undemocratic practices and support a closer relationship with the EU. Of course, any expectation that Turkey could join the EU in the foreseeable future would be unrealistic. The best both sides could aim for is a better working relationship that would allow more efficient cooperation in areas of common interest (or concern).

What is the Turkish foreign policy in the Middle East?

After decades of very selective engagement with the Middle East, AKP’s Turkey has been trying to increase its presence in the region, using mostly its soft power to increase its regional role and influence. A confrontational attitude towards Israel was intended to serve those objectives. The Arab revolts significantly disrupted Turkey’s Middle Eastern policies. Ankara then tried to play the Sunni card by supporting the Muslim Brotherhood in various Arab countries. This policy failed spectacularly in Egypt. Turkish support for the opposition in Syria also didn’t produce the expected results, as the Assad regime proved to be quite resilient. The situation became more complicated because of the emergence of ISIS and the support given to the Syrian Kurds by various powers. Turkey is currently struggling to prevent the emergence of autonomous Kurdish entities and is trying to re-define its relations with regional and global actors in the Middle East.

Rethinking Greece | Antonis Chaldeos on the Greeks of Africa