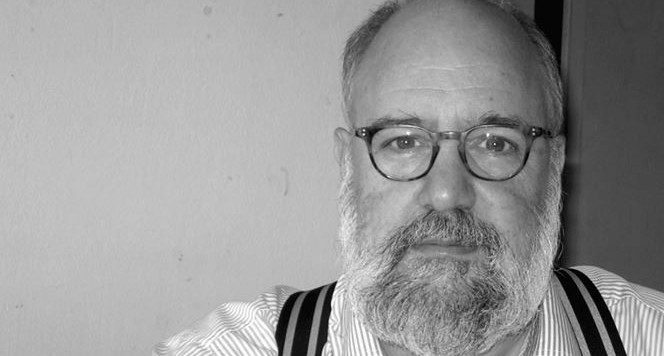 Professor Theocarakis spoke with Greek News Agenda* about the potential of the Greek economy, the need for a fair framework of industrial relations and a more generous welfare state, the design of European institutions and its flaws, the toxic measures which are connected with the dominant economic theorizing as well as the role of KEPE regarding Greece’s economic policy and growth strategy. Nicolas Theocarakis underlined that “unfair growth is not only politically undesirable it is also economically inefficient” and the two major requirements for sustainable economic growth are the abandonment of the austerity policies and the reduction of the public debt to sustainable levels.

In a previous interview with a Greek newspaper (Epohi weekly, 9.7.2017) you noted that Greece’s economy is very dynamic. What do you mean by this? Do you think that the recently observed economic recovery alone could lead to the sustainable economic growth of the country?

I was referring to the potential of the Greek economy especially to the knowledge embodied in its workforce and in the progressive part of the business community. Greece is an advanced economy and though it has suffered immensely in the recent crisis especially because of the implementation of a harsh, unjust and unnecessary austerity policy, it has the potential to bounce back. My comment was not related to the recent improvement of certain leading economic indicators. The two major requirements for sustainable economic growth are the abandonment of the austerity policies and the reduction of the public debt to sustainable levels.

The government has declared, and many analysts agree, that Greece will exit from the macroeconomic adjustment programme in August 2018, able to finance itself in financial markets. What has to be done next in order to improve people’s lives in terms of social justice, more jobs and fair growth?

Growth without social justice, low unemployment and greater equality, an unjust, unfair and jobless growth, is not a desideratum.  Moreover, previous notions of the great tradeoff between efficiency and equity do not hold water anymore as numerous studies have shown. Unfair growth is not only politically undesirable it is also economically inefficient.  Nevertheless, years of unrelenting austerity have been particularly harsh to those at the lower end of the income scale.  Any improvement of the quality of life for the suffering majority should include a fair framework of industrial relations that protects those who work, a more efficient and generous welfare state, an emphasis on education and a system that will seriously reduce the evasion of taxes and social security contributions.

During the last European Council in Brussels, EU country leaders discussed the road map for eurozone reform and the deepening of the European Monetary Union, 25 years after the Maastricht Treaty. In this direction, what is the meaning of proposals such as a euro budget for eurozone countries, a Euro finance Minister and a European Monetary Fund, for Greece?

One of the major problems of the design of European institutions was that the political process of bringing them about was so arduous that we ended up with a system that it was not well thought out and unable to deal with crises. It was a fair weather system, with bad economics and no politics.  It was also a clearly undemocratic system of a Europe unsure of itself and distrusting the will of the European people. It is no surprise then that we have phenomena where European electorates showed a similar mistrust for the European Union opting for xenophobic, extreme rightwing anti-European parties.  I would welcome moves for a more federal Europe provided that we should stop pretending that “experts” should take the decisions for the European people

In an effort to analyze the roots of the economic crisis in Greece, to what extend is this crisis connected to the 2008 collapse of the financial system? How can political economists help us make sense of the situation in Greece and the world economy?

The economic crisis in Greece was clearly the result of the 2008 global financial crisis. This crisis hit different economies in different ways and the endemic problems of the Greek economy were exacerbated by the crisis. It was a perfect storm, so to speak.  On the other hand, the insistence of curing the problem with more toxic measures which were the result of a discredited economic theory that serves the interests of the more reactionary circles of the European Union made matters worse. It is high time that we abandon the voodoo economics that bring misery, inequality and stagnation and address the issues as political economists for analyzing the situation of the Greek and the world economy.

The Centre of Planning and Economic Research (KEPE) was established in 1959 with the aim to conduct economic research and analysis for Greece. What should be the role of KEPE regarding the numerous challenges that the Greek economy is currently facing?

KEPE went though many phases in its history than spans more than half a century. In these difficult fiscal times it has to earn its keep and become a true research arm for economic matters of the Greek State and Government and create the necessary infrastructure in order to answer in a scientific and detached manner specific questions that are posed by the Government and produce policy papers that relate to the economy and the growth strategy of the country.

Read KEPE's recent "Greek Economic Outlook" issues offerring an analysis of both the current developments in the Greek economy as well as more specialized and specific economic issues: