“Getting in Touch with our Cultural Heritage”: Public Diplomacy for inclusivity and accessibility 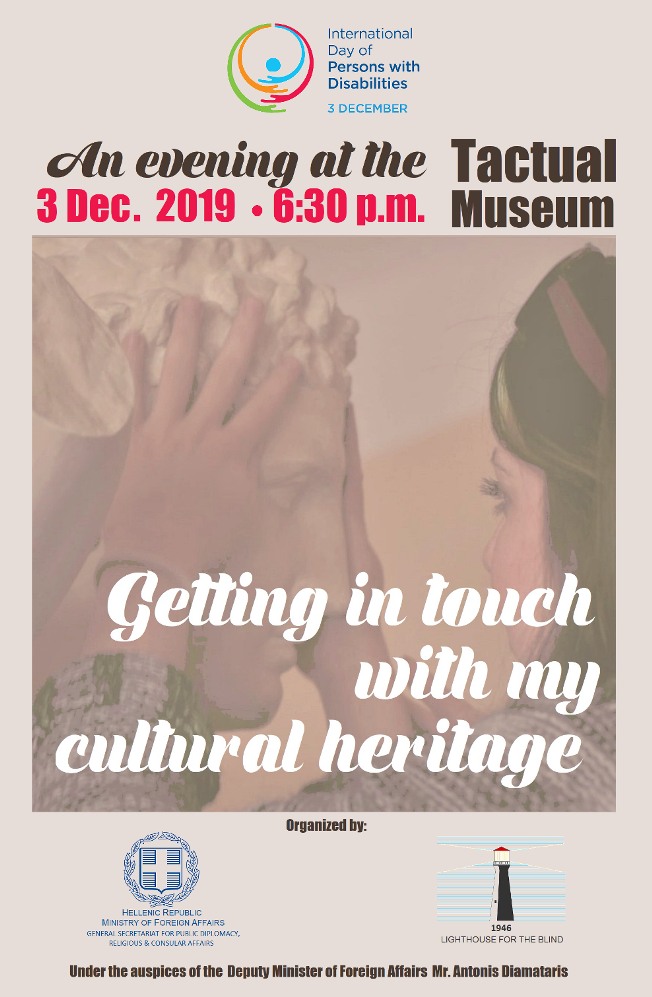 On the occasion of the International Day of Persons with Disabilities, the General Secretariat for Public Diplomacy, Religious and Consular Affairs of the Hellenic Ministry of Foreign Affairs and the Athens Tactual Museum of the Lighthouse for the Blind of Greece held on December 3rd the event "Getting in touch with our cultural heritage" in order to promote the Museum’s work. The event, held under the auspices of the Deputy Foreign Minister for Diaspora Greeks, Antonis Diamataris, was also attended by the Deputy Foreign Minister for Economic Diplomacy and Openness, Kostas Fragogiannis, the Deputy Minister of Labour and Social Affairs Domna Michailidou, members of the diplomatic community and international media representatives. 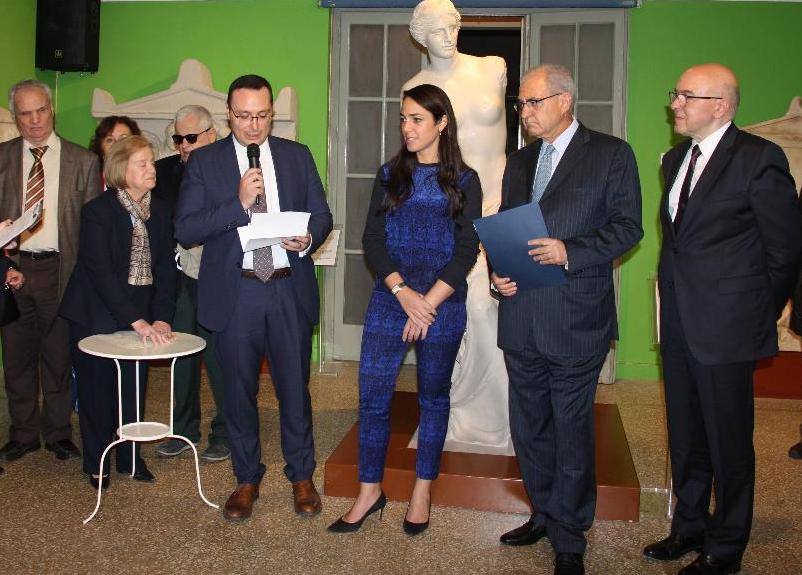 Addressing the event, the Secretary-General of Public Diplomacy, Constantinos Alexandris, said that it was a conscious choice to launch the public activities of the newly established General Secretariat for Public Diplomacy on that very day, at that very place. The Athens Tactual Museum grants the opportunity to the visually impaired to literally get in touch with Greek culture. He added that Athens is a pioneer in this field, as it is privileged to host one of the very few museums of this kind, sending out to the world the resonant message that culture is indeed our common heritage, to be shared and cherished by everyone.   In this context, the Sec-Gen concluded, “the Tactual Museum also embodies the core values of Greek culture: creativity, inclusiveness, and what our ancestors used to say: πάντων χρημάτων μέτρον άνθρωπος, meaning that human beings lie at the center of everything, human beings are the measure for everything and that everything is designed to serve human needs and the human spirit”.

The event was brought to a conclusion with a brief guided tour to the museum and a performance by the Lighthouse of the Blind Theatre and Traditional Dance groups. 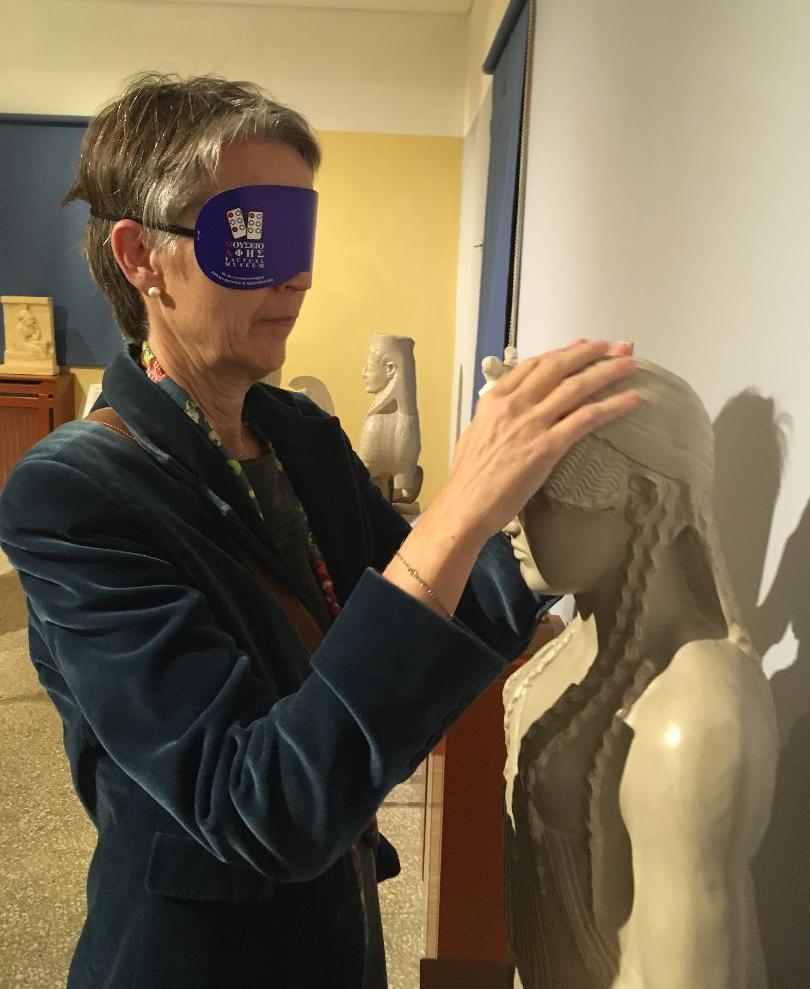 Interview with the Chairman of the Board of the Lighthouse for the Blind of Greece, Emmanuel Bassias

The Chairman of the Board of the Lighthouse for the Blind of Greece, Emmanuel Bassias shared his thoughts with Greek News Agenda* on the event impact as well as the present and the future of the Lighthouse.

Would you like to tell us a few things about the “Getting in touch with our cultural heritage” event?

We organized this event with the General Secretariat for Public Diplomacy, Religious and Consular Affairs because we wanted to promote the work of the Tactual Museum and the Lighthouse for the Blind. This event offered the opportunity to invite more people with visual impairments to come to the Lighthouse and the Tactual Museum. There are only five Tactual Museums in the whole world that offer blind people the opportunity to touch and familiarize themselves with works of art. I was very moved by this initiative of the Ministry of Foreign Affairs. 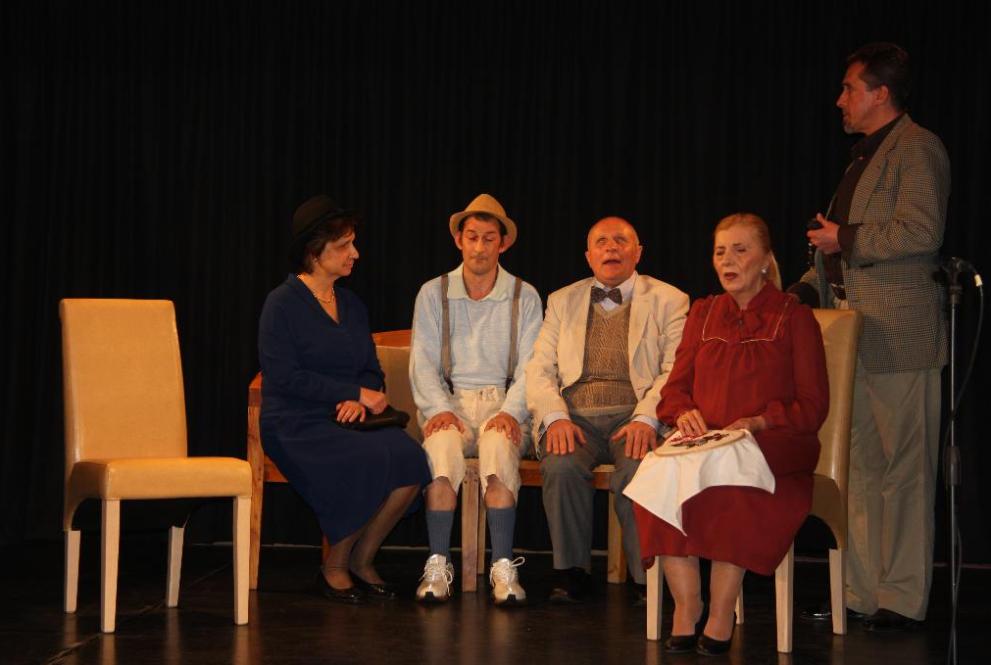 What does it mean to be blind in Greece?

There are at least 20.000 blind people in Greece. There also many visually impaired. Blindness used to be connected to war injuries, but today the most common causes of blindness are medical, such as diabetes, glaucoma, etc. Think about those people who suddenly lose their eyesight. We are here to support them, help them cope with the feelings of despair they may initially experience and teach them how to make use or their other abilities so that they understand that life goes on. Thus in this context, the Lighthouse offers social service, supports multiple activities and develops the skills of people with visual impairments to succeed in their private, professional and social lives.

Since our establishment in 1946, our goal has been to enhance the employment of people with visual impairments and we have created 3 Production Units: The Laboratory of cleaning supplies, the Metal processing unit and the Linen Laboratory. The production units are certified with ELOT EN ISO 9001: 2015 Quality Management System, ensuring excellent quality levels. The above Units employ blind and partially sighted workers, men and women, but also persons with other disabilities, who are paid and insured in accordance with the law.

All of the Lighthouse social activities are offered free of charge including social services, computer lessons, pottery lessons, foreign language courses, the braille and audiobook library, computer and Braille classes, the gym and the Tactual Museum, while there are many leisure and socializing activities such as knitting, macrame, drama groups, traditional Greek and Latin dance classes. 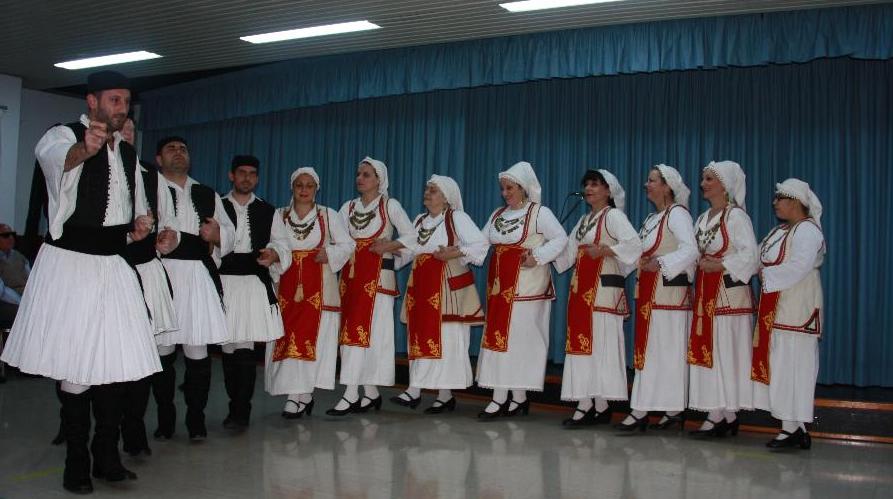 What are the Lighthouse’s future prospects?

Blind people’s problems are easy to solve. They need work, medical insurance and pensions so as to be able to move on with their lives. We need State support. We employ many blind people in our Labs and if the law allows, we will have the ability to employ more. It is also important to inform the public, which is why the “Getting in touch with our cultural heritage” event was important in spreading the news.