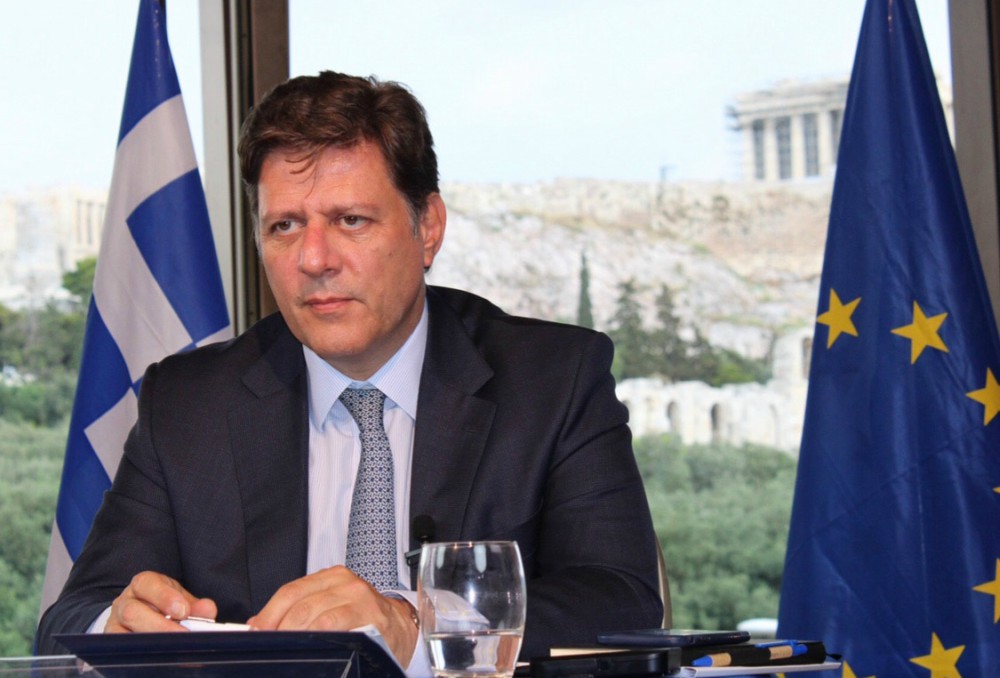 In an interview* with Greek News Agenda, Miltiadis Varvitsiotis spoke about the challenges posed by assuming his new role under the current difficult circumstances, the burning issue of human rights restrictions which has been raised following the restrictive measures taken by most governments in face of the pandemic and the main priorities and aspirations of the Greek Chairmanship of the Council of Europe.

The Greek Chairmanship takes place amidst an unprecedented pandemic. What are the additional tasks and duties that you have to address in these challenging times?

Let me stress first of all that the Greek Chairmanship could not turn a blind eye to the impact of the COVID-19 pandemic on our societies. Its effect was felt to various degrees through different countries, unfortunately with major human losses in many cases, but also economic, political, and legal complications. At the same time, we were fully aware since the beginning that the Greek Chairmanship would coincide with a turning point in the course of the Council of Europe, due to the 70th anniversary of the signing of the European Convention on Human Rights on 4 November 2020.

Thus, as the crucial nature of the juncture we were going through became clearer, we decided to seize the opportunity for increased synergies, policy coordination and new initiatives on a European level, with the aim of eventually achieving and signing a common Declaration in Athens in November that would emphasise the protection of individual rights of European citizens in the context of sanitary emergencies.

Needless to say, the Council of Europe is a pioneering intergovernmental organisation that has traditionally fomented European governance and democracy, establishing, diffusing, and safeguarding most of what we have come to share today as our common European legal and political culture. The Council’s leading role in the domain of democracy, rule of law and human rights makes it extremely topical in the case of the pandemic; far from a simple matter pertaining to budgetary management or epidemiological models, the COVID-19 pandemic raised some unavoidable questions as to the relation between states, citizens, quality of life, laws, and freedom. For example, the necessary restriction measures adopted by European governments in order to contain the pandemic are a challenge for democratic institutions since they could well be instrumentalised for other purposes, if taken out of the context of the pandemic; the same goes for the treatment of personal data by public and, most importantly, private sector medical facilities. The safeguarding of civil liberties in times of urgency is never an easy task and the creation of the Council of Europe right in the aftermath of the Second World War meant to show exactly that no crisis or social problem, as urgent as it may be, should be solved at the expense of freedom and democracy; instead, effective social policy and the protection of human rights should go hand in hand. At the same time, the Council of Europe has been consistently concerned with social rights and the welfare of European citizens since at least 1961, with the introduction of the European Social Charter. Its pioneering role, both in terms of individual and social rights, renders it a highly needed institutional pillar that can push towards new forms of policy making and ground-breaking initiatives.

Hence, the planned Declaration of Athens will stand first of all as a renewed commitment to the fundamental principles of the European Convention on Human Rights within a new, paradigm-shifting era; it aims to be the first of its kind in tending both to individual and health rights and to epitomise our explicit interest in the intricacies of health policy, individual rights, and quality of life –including environmental considerations and climate ethics. We have already started deliberating with counterparts from the other 46 member-states, but also parliamentarians, local authorities, civil society actors, and outstanding personalities, as has been the case with our open-access online "In discussion with…" series, which has hosted up to this day Greek epidemiologist Sotiris Tsiodras and French philosopher Bernard-Henri Lévy. We are working non-stop on the preparation of the agenda of the summit, in order for it to produce policy, not simply speeches. 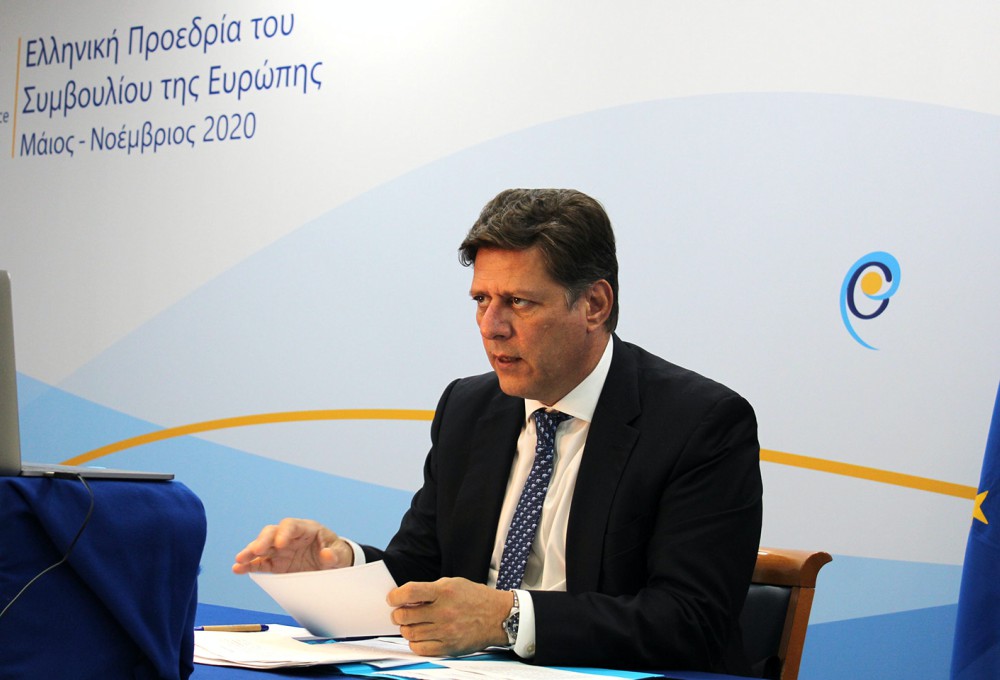 As you just pointed out, during the pandemic, the legitimate restriction of fundamental rights became a much discussed topic. How does the Greek Chairmanship aim to contribute in the detection and prevention of abusive restriction measures and the infringement of rule of law?

The possibility of temporary limitations was something already inscribed in the European Convention on Human Rights, which, inter alia, included relevant clauses for reasons of public health. Hence, an epidemic does not absolve governments and public institutions from respecting rule of law and limiting themselves in the use of proportional measures, only for the absolutely needed amount of time, always in observance of the principles and provisions of the ECHR. Scrutiny and vigilant control over national governments evidently befalls to the citizens and democratic institutions in each country, but international treaties and organisations have created a further structured framework for the monitoring of any deviances, abuses, and lack of transparency. The Council of Europe and its bodies is the European framework par excellence upon which citizens rely for this highly-demanding, reflexive task. Moreover, the recent conjuncture of the COVID-19 pandemic made clear since the start the possible implications for human rights; this initiated an immediate response on behalf of the Council of Europe and its Secretary General, Marija Pejčinović Burić, who issued a specialised toolkit for member states titled "Respecting democracy, rule of law and human rights in the framework of the COVID-19 sanitary crisis". The European Council and the treaty that lies at its core, the ECHR, stand still as essential counterweights to any authoritarian drift in the context of the pandemic. Rights to property, justice, information, especially in their modern, digital, version are irrevocable and inalienable.

The Chairmanship does not aim to overlap with existing institutional jurisdictions and monitoring bodies, but is fully aware of its distinct and crucial role: to build on the significant momentum that is ever-pervasive in our societies and push for more coordinated initiatives in order to activate research, draw lessons, accumulate all sorts of knowledge, give voice to civil society throughout Europe and eventually distill and disseminate best practices through synergies and consensus achieved with all 46 other member states. Within this context, we can pinpoint three main concerns in relation to the pandemic: defining its implications at large, identifying lessons and best practices, and analyzing the conformity of any precautionary emergency measures with the human rights clauses of the European Convention on Human Rights.

Our initiative for a common declaration can be seen in light of this political will to address a decisive issue, and renew the topicality of the ECHR and ESC. It is in this context that the Greek Chairmanship fully supports the accession of the European Union to the European Convention on Human, as a significant step that would allow for an overall coherent protection of human rights throughout Europe. 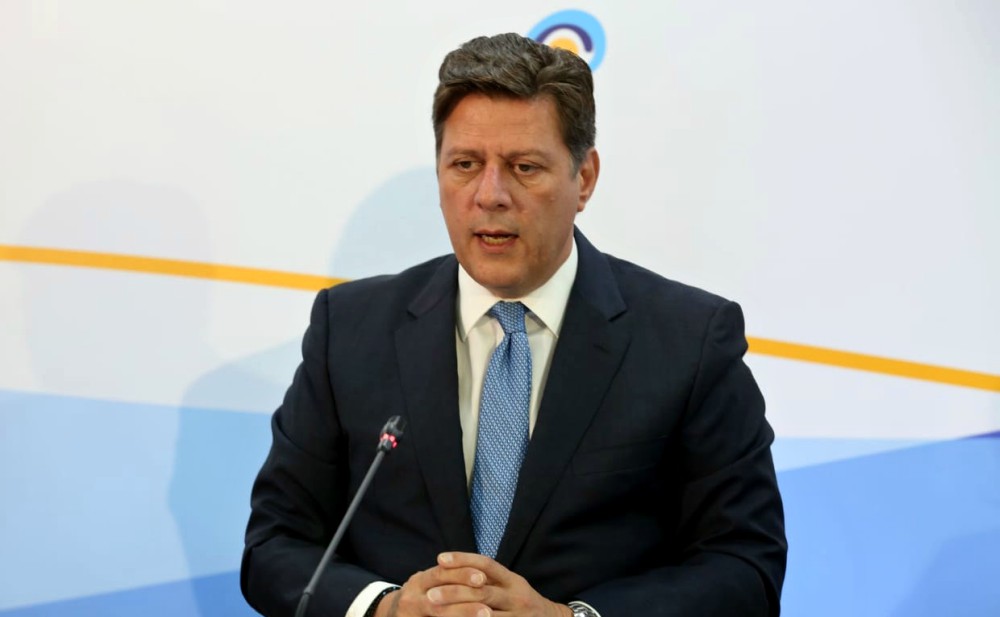 Every society is in the obligation to care for citizens that cannot provide for themselves and are in compelling need of welfare services due to their disadvantageous situation. This state of vulnerability might hinder their further social integration, as well as the full realisation of their individual, social, and political rights; vulnerable groups include Roma, persons with disabilities, the unemployed and, in particular, unemployed mothers, single-parent families, residents of remote mountainous areas or islands, to name some of the main categories. Access to basic social rights and provision of elementary welfare services to these populations becomes even more urgent in the case of the current sanitary crisis, where marginalisation or even discrimination could possibly take various new forms.

A particular duty has befallen upon Greece over the last years: the task of providing for thousands of unaccompanied migrant minors who by definition are vulnerable persons. Greece is therefore particularly sensitive to this issue and cannot ignore the traumas that these children have undergone in their countries of origin or transit, as well as their current needs, especially in the context of the sanitary crisis. Our stance towards these young newcomers might be an overall marker of the level of democracy, tolerance and cohesion of our society, and of Europe at large. It is up to us to do our best, institutionally, politically, but also in terms of everyday life gestures and solidarity. Furthermore, young people, Greek or foreign, are of the utmost importance for the future of all societies, and it is in difficult circumstances such as the pandemic that one realises the urgent need to provide the means for a normal social life to youth – from welfare services to proper access to information and protection against “fake news” or online extremism.

Greece has been a member of the Council of Europe since 1949. How do you judge its performance as a member state?

Greece is a member of the Council of Europe since 1949 and has steadily improved its relationships over the course of the last decades, since the fall of the authoritarian regime of the Dictatorship of the Colonels (1967-1974). Moreover, the exemplary approach that Greece has been following toward its minority and vulnerable populations has made our country a beacon of human rights and stability in an otherwise turbulent region of Europe where violence and hatred ruled for decades. However, there is always room for improvement, and there are always new conditions that may demand new initiatives. Such a case has been the massive flow of migrants and refugees through Greece.

Greece has been cooperating with the Council of Europe and its expert bodies in many fields, most notably in justice, the protection of human rights, and the refugee-migration issue. Of course, a crucial index of progress and institutional transparency are the rulings of European Court of Human Rights. The last five years have seen an exceptional improvement; at the same time, it is true that there are many appeals that are still pending against Greece, mostly in regards to procedural matters. The reform of the justice system in terms of transparency, less delays, and lower costs is an actual priority of Greece. The ECHR rulings are in fact a useful and much needed indicator for guiding member-states and opening further space for policy deliberation. This is our strength, as open societies, dealing reflexively with our shortcomings and striving collectively for a better future.

Read also via Greek News Agenda: Greece assumes the Chairmanship of the Committee of Ministers of the Council of Europe