Dr Solomonidou spoke to Greek News Agenda* on the role of the Hellenic Space Center** and the position of Greece in space exploration describing how space developments have a meaning for the general public. As a Greek Diaspora scientist excelling abroad Dr Solomonidou outlines how she decided to return to Greece and how the country itself can encourage distinguished Greek scientists abroad to contribute to Greece’s development, particularly in the fields of science and technology. Dr Solomonidou is also sharing with us her thoughts about the future of space research illustrating how “science and exploration are inextricably linked to nature, philosophy, art, and to everything that gives quality and true meaning to our lives”. 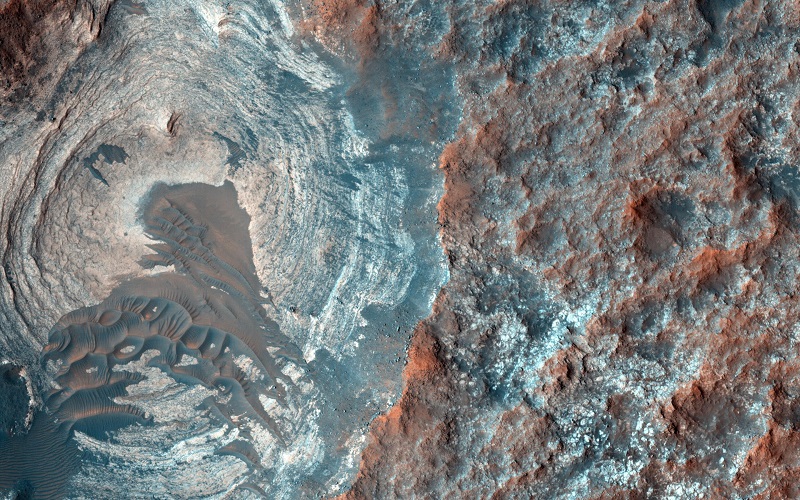 Mars, Photo by NASA on Unsplash

You have worked for many years in remarkable space institutions abroad. Why did you decide to return to Greece and work for the Hellenic Space Center (HSC) and what are your main duties there?

After working for more than a decade at both NASA and ESA and gaining experience from these two large space agencies, I found it very intriguing and good in timing to return to Greece, which is now considered to be an emerging space nation. Greece, until recently was one of the few ESA member-states lacking a national coordinating institution. Therefore, the foundation of a space agency was a necessity more than ever, and that is why the Hellenic Space Center (HSC) which is the Greek Space Agency was founded. The HSC, as the nation’s space agency, is here to promote, disseminate, implement, and exploit the national space strategy of Greece. In this framework, within my duties, I am responsible for the planning, coordination, and implementation of programs related to research and development in the fields of Space Science and Space Exploration, in collaboration with public and private entities active in these fields in Greece and abroad.

You are one of the Greek Diaspora scientists excelling abroad. In what ways do you think the Greek Diaspora can contribute to Greece’s development, particularly in the fields of science and technology, and how can the country itself encourage them in this?

I consider it particularly important for the development of a researcher to gain experience from different countries, different laboratories and institutes, in countries and organizations that offer variety in the space and research 'culture'. And this is precisely the culture Greece needs to build that, in a sense, lack so far due to the limited access to resources and national plan, and what the return of a scientist from abroad to Greece can offer. Beyond the personal need for development and exploration that may have driven a scientist to emigrate abroad in the past decades, the very situation in research and education in Greece is marginally prohibitive for a stable and evolving career with elements of progress and the aim to create a pathway of ‘exchange’ between the scientific community and the society and vice versa. The governments will need to radically change their beliefs towards the scientific community and the way science is conducted in Greece in order to support the current scientists and engineers, which are the backbone of scientific and technological development in Greece, encourage the return of Greek scientists back to the country, but also for an equally important factor: to attract scientists from all over the world; people who will bring their knowledge and scientific culture to the country. 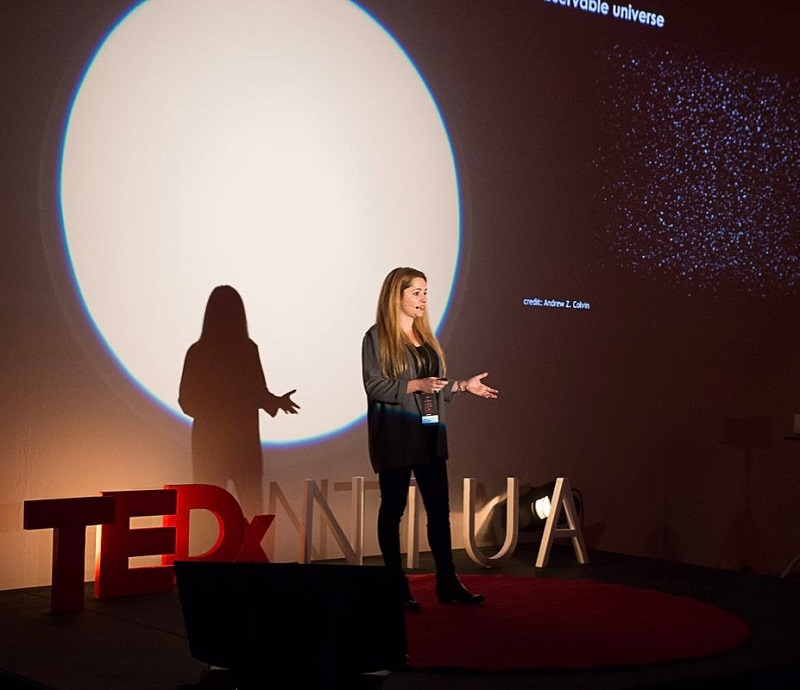 Last July Greece hosted the 44th Committee on Space Research (COSPAR) Scientific Assembly, the most prestigious space research event worldwide. What is the position of a small country such as Greece in what we call space exploration? What are the objectives and the role of the Hellenic Space Center regarding the development of the Greek space strategy and what are this strategy’s benefits for the country?

Greece is a member-state of one of the largest space agencies in the world, the European Space Agency (ESA). So far, as a country, we realize our endeavors in space primarily through this membership. The Hellenic Space Center is the Greek space agency and has the mandate to advise and support the government in all matters of space and to represent Greece at relevant international organizations – such as the International Astronautical Federation for example. A space agency is the ‘mothership’ and the main responsible entity of each country’s space program as well as aeronautics and space research. Indeed, COSPAR is a very prestigious international space research event and our presence as hosts and as the nation’s agency for the first time gave us the opportunity to show that Greece’s space sector even though is relatively new, yet is rapidly developing, and our agency is here to work on this development. Having been given the opportunity of COSPAR held in Athens, HSC officers got the chance to hold important meetings with delegates of NASA and its various centers such as JPL and Ames, and representatives from other space agencies.

In HSC, we are working towards the development of a space strategy proposal and a dynamically rolling action plan for the national space strategy. This is being built in collaboration with the academic and research community, the public and private sector that identifies targets, areas of cooperation and processes for achieving goals. Briefly, we are forming the country’s agenda in space matters and advising the government on satellite services and space matters in general. Greece and its citizen are benefited from the development of the Greek space strategy in many aspects. A nation’s involvement in the space ‘market’ offers significant benefits to its citizens starting from the very important involvement and contribution to education and the development of environmental and scientific consciousness, i.e., the motivation of people towards the care of the natural world and the use of renewable resources, and then to the highly growing space economy, which is now marking one of the fastest rates of growth in international markets. 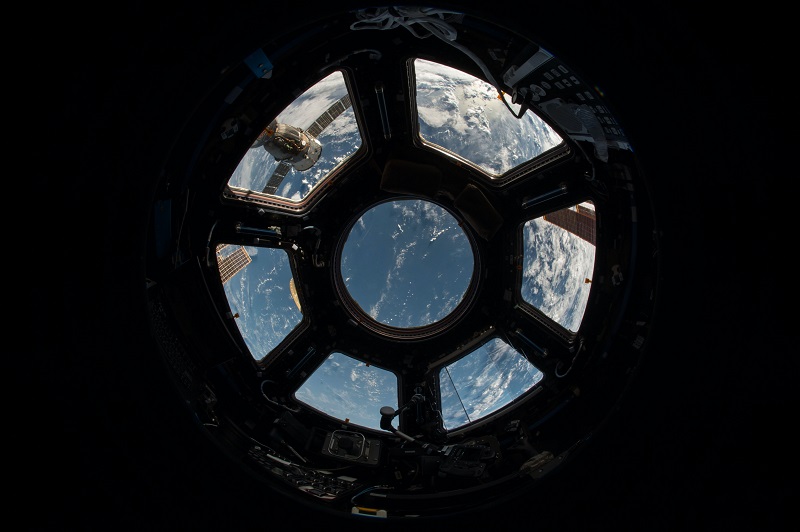 Views, photo by NASA on Unsplash

Does the study of space affect our perceptions about our planet, and if so, in what ways is this happening? What are the fundamental space discoveries altering the way we perceive our world?

With our ‘eyes’ and our personal beliefs open, the perception we have for our planet and everything that surrounds it, can change day by day. Science and exploration offer a state of realism to a society that can be consumed in a 'bubble' of repetition and false reality. Science and exploration are inextricably linked to nature, to philosophy, to art, and to everything that gives quality and true meaning to our lives. So, being in contact with science, making it actual part of our lives, keeping up with the ‘extraterrestrial’ news and understanding our cosmic roots (i.e., where we are, what surrounds us, how we are part of the whole), lead us to create a comprehensive life, inclusive to all beings, in sync with the natural world, with the option to experience life at its fullest. Through space exploration we discovered that our species has the means to survive on a celestial object other than Earth (the Moon!), we took a photo of our planet from afar, we placed artificial satellites in Earth’s orbit to help our terrestrial lives, we sent a spacecraft so far that it crossed the boundaries of our solar system (Voyager), we took the first and only photo of an outer solar system surface of a place that looks a lot like Earth (Huygens – Titan), and so many more that completely changed our perception of time, space, and existence itself. 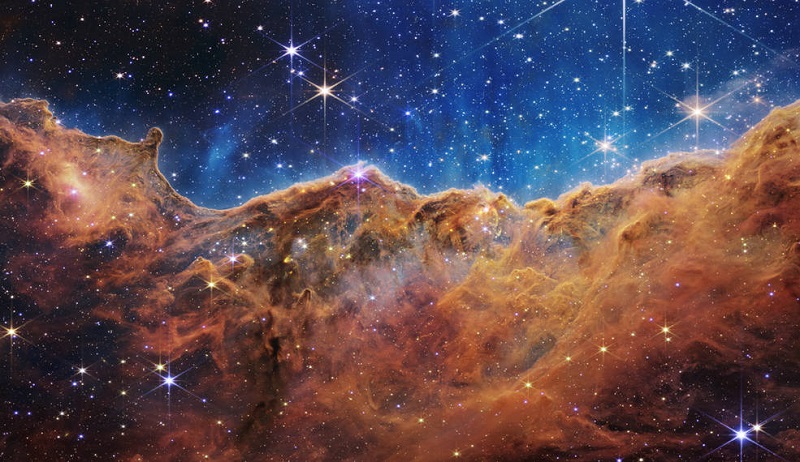 There has been significant progress recently in the field of space research, such as the construction of the powerful James Webb Space Telescope that can take high-resolution pictures of the Universe. What should we anticipate in the near future regarding space exploration? Do you think that these developments have a meaning for the general public and that space science can be popularized?

The more we grow as society, the more we realize things about our existence, the more we passionately want to explore space. There is a direct link between our existence and the need for discovery and exploration. And what’s more mysterious, more exciting, and more related to us than space? Our planet’s and our species’ future will continue to be a story of exploration, technology, and science. In the last decade alone, we experienced tremendous growth in space exploration with the Webb Telescope, the landing of the Perseverance rover on Mars, the very recent Double Asteroid Redirection Test (DART) mission which performs a method of planetary defense against near-Earth objects (in a nutshell: how to avoid experiencing the Armageddon movie in real life). Same with the low-Earth orbit ecosystem, where the International Space Station (ISS) is offering a wealth of information on a great number of issues and the plethora of small satellites in orbit around us has upgraded the human experience tremendously in terms of safety, communication, transportation, and more.

For the near future, we expect a number of planned missions to be launched such as ESA’s Laser Interferometer Space Antenna (LISA), which will help us determine more about the nature and location of black holes and help us test Einstein’s theories on the matter, the JUpiter ICy moons Explorer (JUICE), which will be the first spacecraft in orbit around a satellite (Ganymede), the Dragonfly mission to Titan which will study its astrobiological potential, and the closest approach to the Sun of NASA’s Parker Solar Probe, which is the fastest man-made object ever made.

Now, what is truly amazing about these missions, which only represent a portion of the fleet planned for planetary and space exploration in the near future, is that through these missions many innovations that help our terrestrial experience are being made ranging from medicine to engineering and most importantly targeting the environmental and planetary protection. Essentially, in what is called the ‘modern Space Race’, soon our species will go back to the Moon in order to learn more about what it will take to support human exploration in targets beyond our ‘neighborhood’ and eventually as a common goal to answer the question with proof of whether we are alone in the Universe. All these show why and how space developments have a meaning for the general public and why it is a necessity for space science to be popularized. We, at the Hellenic Space Center, are devoted to the development of Greece as a strong international player in space science and space exploration; furthermore, we collaborate with relevant agencies and services to continuously train students, young researchers, and public officials in Space issues, as well as design and participate in actions to understand space activities and applications and engage the public with them.

** The Hellenic Space Center, founded in 2019, formulates the elements of the national strategy and the definition of an action plan in the domain of space. In the framework of this responsibility, HSC collaborates with the scientific community, and the public and private sector, to define targets and fields of collaboration. The Hellenic Space Center coordinates public entities and manages national programs in all space sectors, including scientific research and technology, telecommunications, security, environment, agricultural development, etc.