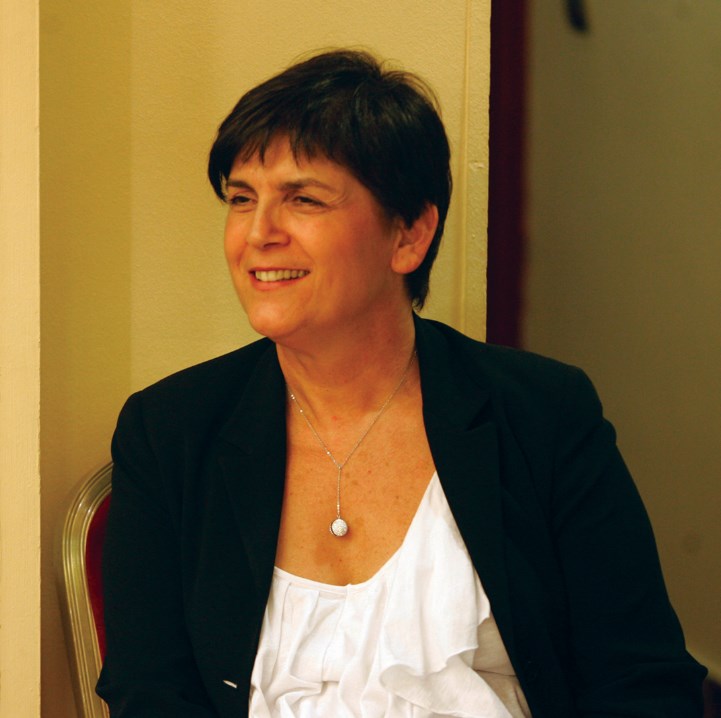 The Secretariat General for Media & Communication, in cooperation with the Open University of Cyprus and the Advanced Media Institute, is holding the International Conference “#RetreatConference2016: Digital Journalism- solution to the media crisis?” (September 23-25, 2016) in Athens, Greece. On this occasion, Greek News Agenda* (and its affiliated bulletins: Griechenland Aktuell, Punto Grecia and Panorama Griego) interviewed Sofia Iordanidou, Associate Professor for Media at the Open University of Cyprus (Master’s programme in Communication & Journalism), journalist and member of the scientific committee of #RetreatConference2016.

1.What are the topics of the conference and the target audience?

The conference is focusing on and looking for answers to the questions of whether web journalism, digital journalism, citizen journalism, data journalism, big data, social media, media literacy and training in new journalism and skills could actually be a response to the crisis facing traditional media.

The conference addresses professionals (journalists, communicators, etc.), academics (professors, researchers etc.), students of journalism and communication, but also bloggers and all citizens interested in modern journalism trends and in the latest developments in traditional Media.

2. There’s no denying that in recent years traditional media are struggling to survive, both in economic terms as well as in terms of safeguarding their role as the fourth estate. Can digital media provide the answers to the crisis in traditional media?

Digital media are addressing an increasingly larger audience, since the majority of the people, especially the younger generation, are turning their back to traditional media as source of information, associating them with conflicts of interests and misinformation diverting public attention. Such conclusions can be drawn and concern traditional media journalists - gatekeepers, who do not seek, comprehend, analyze or provide information enlightening the public -as the Code of Conduct stipulates - but are rather fully responsible for the filtering of the information disseminated; in other words, they decide what is newsworthy or not.

However, things are changing radically. As society faces an information flutter, it stands very critically against what may be "suspicious" news. At the same time, citizen access to (any kind of) information is easier than ever which, however, does not necessarily prevent greater confusion. In parallel with any political and economic changes that the Western world is required to impose, professional journalists - after having drawn necessary conclusions and done soul searching – inevitably have to use new media and new technologies to their advantage, adapt to changes already present and deal with the new ethical and economic dilemmas that arise. 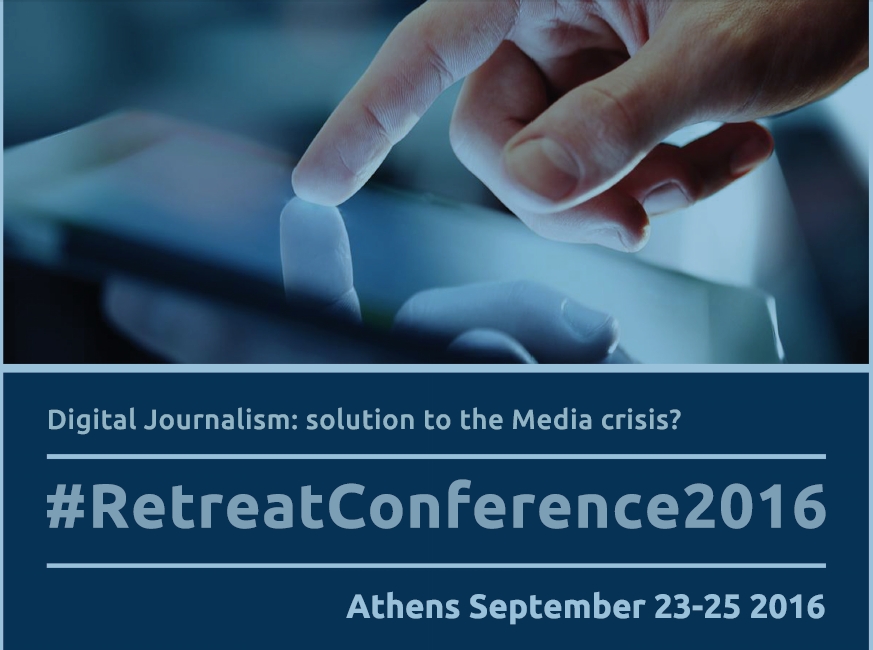 3. Could the emphasis given to technical skills that are necessary when working in data journalism lead to the downgrading of the quality of journalistic work (language richness, news selection, presentation, research)?

The balance, as described, is indeed delicate. Journalists are asked to develop and continuously enhance their skills, which is necessary in order to keep up with ongoing technological developments. However, journalists also bear huge responsibility as opinion makers given that they reach a large section of the population that often considers them experts. Therefore, journalists need to, above all, be well informed so as to be trustworthy. That is not an easy task; it requires sacrifices and knowledge. Journalists become a “multi-tool”, with all that this may imply for their working conditions and their rights. The constant acquisition of knowledge is the only way forward, given the new challenges in the field.

4. Taken into consideration the Internet’s dominant role as a medium nowadays, a sphere often described as “a domain outside the law”, what steps could be taken towards the regulation of the online media landscape in Greece and around the world so as to protect public interest? And what role could the Online Media Registry (OMR) that was recently established in Greece play in this direction?

The Internet is not an area outside the law since, in theory, rules and regulations that apply to traditional journalism apply also to online media. In Greece, for instance, last spring, we had for the first time a conviction for hoax retransmission (Internet Hoax) and the dissemination of phony news. As difficult as it is to determine what falls within the concept of press freedom and code of conduct in print and audiovisual journalism, it is as equally difficult to determine these factors in digital journalism. Services, such as the prosecution of cybercrime, work effectively when they are appropriately staffed and effectively assessed. Bringing in a new law or a ministerial decision will not make any further contribution to the online media landscape.

On the contrary, a skilled and productive workforce that applies existing legislation by simply doing their job will make the difference and offer solutions. The Online Media Registry (OMR) – even though a UN recommendation prohibits it – is in the right direction, as it attempts to map online media and not control their content (how could it after all?) Voluntary participation in the Registry through the provision of incentives, as well as stakeholders’ access to the database, are all significant steps and it remains to be seen to what degree they will contribute to the management of this admittedly chaotic landscape. 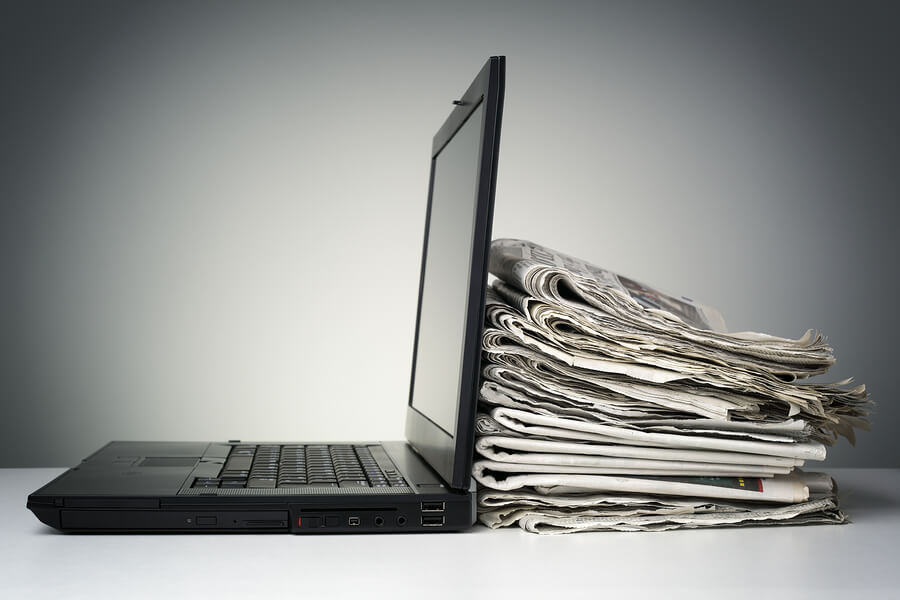 5. How do social media affect the flow of information and the journalistic profession per se? What is the future of journalism - is it realistic to speak of "citizen journalism"?

To put it simply, it is argued that journalism is the articulation of public discourse. This conclusion potentially forms the basis of citizen journalism, which, according to Rosen, exists "when people, known until now as the public, use the media tools they have at their disposal to inform each other"[1]. In this case, these tools are social networking websites (social media). Citizens are no longer simple consumers of news, but they contribute to news making. It is an active audience that "doesn’t want simply to sit, but to participate, discuss, create, communicate, share"[2].

Citizen journalism seems like an effort by a more active part of the society to be involved in public life and decision-making via a different avenue, since the political path is excluded and discredited. It could even be the case of a transformation of the way citizens express themselves, as they are no longer able to do so through voting and available political structures; this however does not mean they have an actual, genuine desire to become journalists. Nonetheless, citizen journalism seems to be covering "gaps left by mainstream Media, which arise from their commercialization and ownership concentration, especially in the last decade”[3].

On the basis of the characteristics outlined and despite the common components in both forms of journalism (traditional and digital), differences are identified, among others, in the following: (a) democratization of communication / interaction culture: traditional journalism, as a one way communication flow,excludes issues, individuals and collectives, while citizen journalism, through self-organization, deals with a wide range of topics of concern to individuals and carriersof a new ethical, open-minded way of thinking, who previously had no access to the media; (b) a reduced degree of professionalism: while a traditional journalist must have a high degree of training and knowledge, as well as respect for the journalistic code of conduct, this is not the case for a large segment of citizen – journalists. Thus, this type of journalism "becomes vulnerable to accusations of bias and subjectivity", whilst there also "concerns about the quality and integrity of (news) contributions”. Traditional and new media coexist, mutate and respond to the needs of the audience, so it remains to be seen whether there will be a harmonious coexistence or conflict in future, resulting in a new "new" journalism.

* Interview (on behalf of Greek News Agenda) by Eleftheria Spiliotakopoulou