Quo Vadis Europa? | Nicolas Leron on the need for a democratic leap

Nicolas Leron is associate researcher at the Center of European Studies for Political Science, is president of the think tank EuroCité and president of the site of critics Nonfiction. He has just published "La Double démocratie. Une Europe politique pour la croissance" (Double Democracy. A Political Europe for Growth), co-written with economist Michel Aglietta. He spoke to our sister publication Grèce Hebdo* on the concept of "double democracy", the rupture between sovereignty and the single currency and Europe's to take a democratic and budgetary leap forwards in order to become a fully-fledged democratic power.

You recently wrote a book titled "Double Democracy: A political Europe for growth" with Michel Aglietta. What is the concept double democracy?

Double democracy is a reform proposal in order to overcome the European crisis, it is not an analysis of the current state of Europe. Right now the European Union is not a democracy. This does not mean that it is anti-democratic. The EU is an area of protection of fundamental rights; nothing like it exists anywhere else in the world. Respect of the rule of law is ensured by the European Court of Justice. However, the EU does not fulfill the criteria of a democracy, namely, voting on the budget by an elected parliament. The EU certainly has a budget, but it is a technical budget, a miserable 1% of the EU GDP, well below the threshold of political significance. In a democracy, before even thinking about the demos, there must be a kratos. The EU has no kratos, no political budget, no real res publica, no legitimate democratic power, other than a legal system. It is essentially a Europe of regulations, complemented by some sectoral and territorial policies.

But the Europe of regulations has an effect on national democracies: it stifles them. More than that, the EU, with its internal market law and its budgetary rules, is significantly reducing the budgetary powers of national parliaments, thereby striking at the heart of national democracies. This reduction of is qualitative: it forces national governments to implement, whether they want to or not, a supply-side policy or even, for the euro area countries, an internal devaluation policy. It is also quantitative, due to European budgetary rules. Citizen-voters no longer accept this feeling of dispossession of their political power and they start directly opposing the EU and even tend to distrust the democratic regime.

Faced with this, there are roughly four possible routes. The first one is the “status quo” route or the small steps method. We keep advancing slowly, step by step, by shaky, insufficient compromises. In our opinion, this option leads to a no way out, because it ultimately cannot stem the rising wave of populism and counter-centrifugal forces. The second option is exiting the EU or the euro zone. We consider this option illusory and contrary to the new world order that is emerging. A variant of this option is internal secession, in the sense of deviation from the constituent European values, ​​like what is happening now in Hungary or Poland. The possible outcome of this route is not of a voluntary exit of the EU, but the country’s exclusion by means of removal from the European project. The third way is the great federal leap, which we consider equally illusory and inapplicable in the foreseeable political future. In this respect, it should be noted that the federal leap and the exit from the EU are two sides of the same coin: an obsession with sovereignty. Federalists advocate a transfer of sovereignty from member states to the EU, while nationalists aspire to a full recovery of national sovereignty. Illusion in one case as well as in the other.

The fourth path, which is the one that Michel Aglietta and I are defending, is the democratic leap: making the EU a legitimate democratic power, producing common goods, and reviving national democracies by loosening the European regulatory grip. This double democracy requires a European budget leap. Conceptually, this democratic leap refers to the question of capacity (budget, public political power, democracy), and not to the one of competence (law, sovereignty). An example: the EU has the competence to implement the Erasmus student exchange Programme, because Erasmus concerns less than 1% of European youth. The challenge is therefore not EU's competence in this area, but its ability to generalize Erasmus so that 50% or 80% of youngster are be able to do it, and thus transform European society.

You have said that there is a rupture between sovereignty and the single currency. Could you tell us more about this?

The Economic and Monetary Union (EMU) ruptured the organic link between the political sovereign and the currency. The euro is no longer linked to a clearly identified political sovereign. As a result, the euro is for the member-states like a foreign currency, with the dramatic consequence that they cannot go into default. Indeed, the euro area states cannot monetize their public debt. They no longer have the competence of the lender of last resort. But as nature abhors vacuum, the European crisis has forced the European Central Bank (ECB) to institute itself as lender of last resort, as a monetary sovereign in order to save the euro zone, by departing if necessary from the letter of its given mandate. But this modus vivendi is without a doubt untenable in the long run. A clear mechanism of lender of last resort will have to be established. 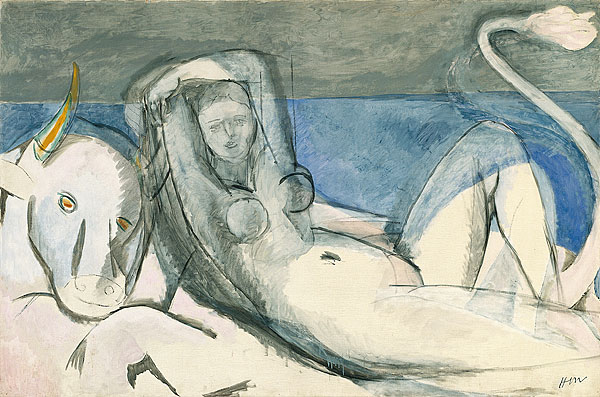 What would you say to all those who support the return to the national currency?

On the economic front, the shock would probably be much more violent and costly than the expected positive effects for both the exiting member-state and the rest of the euro area. The Greeks know this and, so far, they do not want to leave the eurozone. Apart from Wolfgang Schaüble, few top European leaders are in favor of even a temporary exit of Greece from the Eurozone. Creating such a precedent would indeed be extremely perilous. There will always be a relatively weak state within the eurozone, and therefore a member-state susceptible to speculative attacks.

More fundamentally, money is more than just a financing instrument. It is a constituent element of a political community. It is a decisive factor in building a society. To abandon the single currency is to undermine the political aspect of the European project. And to what benefit? Let us note that the United Kingdom was not in the eurozone and still the British voted in favor of Brexit". The single currency was a founding political act. But by breaking the organic link between the sovereign and currency, we are now in need of another founding act, which could be the aforementioned a European budget leap.

Isn’t the formation of a European Parliament with genuine budgetary policies a utopia, given that currently the European extreme right is making progress and the European political establishment has always shied away from that option?

The creation of the common market was a utopia, as was the establishment of the euro. History proves that such founding acts are possible, on the condition that political actors understand that they operate within an evolving a historical context. It is the only way out of the trap of short-termism, the “tragedy of the horizon”. This requires a new historic and geopolitical compromise between Germany and France. It is said that Germany will never debt mutualisation. But would Germany be willing to destroy the EU?

The challenge is to forge a new paradigm in understanding European political and historical realities. This is what our book is about. Relocate the terms of the problem. The issue of the European budget resonates, as we can see European Parliament Resolution on budgetary capacity for the euro area and the Monti report. Many think tanks are also working on the subject. But the important thing is to ask the question of the European budget: it is not just a tool for macroeconomic stabilization of a sub-optimal monetary zone. It is first of all, the constituent element of a political Europe. Therefore the budgetary leap is not a hypothetical future in the path to European integration, but a prerequisite, a starting point, a founding act.

What lessons can be drawn from the European management of the Greek crisis?

That the “small steps” method is now over, in that it has an ever-increasing cost, to ever-declining and precarious results. The third Greek adjustment programme is not yet complete, and we are already talking about a fourth. To use the phrase of the German academic Wolfgang Streeck: We are buying time at an increasingly prohibitive cost. This is simply not sustainable, either economically or politically. The very nature of the situation calls, sooner or later, for a definite response: exit / implosion of the euro area or debt mutualisation and wealth transfers, that is to say the choice between a Europe of dissatisfaction, the primary characteristic of which is the over-juridification of relations between member-states, with its share of humiliations and deadlocs, or Europe as a genuine democratic public power that creates common good.

It should be noted that a union of transfers already exists: it is called the internal market and it manages massive flows of wealth (capital, industry, technology, human resources, etc.) between member-states, but it does so according to the principle of competition between private interests, and this generates a dynamic aggregation of wealth in only one center, say Germany and the German bloc. A Europe of democratic political power is intended to institute a counter-union of transfers by distributing wealth according to a reverse, centrifugal dynamic, from the center to the periphery (territorial and social), according to the principle of electoral contest for the definition of general interest. 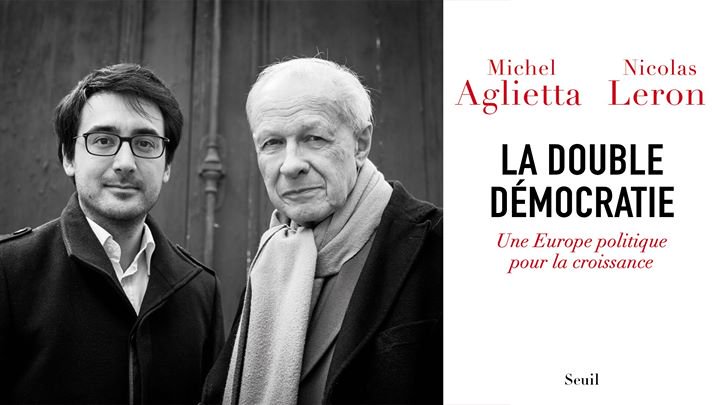