His research interests include the euro crisis, banking, EMU architecture and governance, and sovereign debt restructuring. He has published several articles and policy papers. He has participated as a speaker in more than 50 conferences and authored or co-authored more than 500 opinion and analysis pieces in national newspapers such as Público and online platforms such as VoxEU.org and eu.boell.org.

Cabral talks to Greek News Agenda*about the post memorandum era for Greece stressing that the Eurozone adjustment programs were quite destructive to debtor economies like Greece’s and Portugal’s, because their objective was to make sure that these countries could service their debts in the short and medium term, regardless of whether the debt was sustainable and or could ever be fully repaid. Further on, Cabral elaborates on the necessary measures for the enforcement/ deepening of monetary and economic union. He also comments that the recent and current Eurozone reform agreements, not only regarding migration, but particularly regarding economic and financial issues, signal a heightened level of distrust between member states and if Eurozone policy makers “stay the course”, as they seem intent on doing, the Eurozone is bound to experience a crisis unprecedented in the developed world.

The recent European agreement on migration was a minimal compromise which could hardly conceal the profound discord between the 28 EU member states. What is your view on this agreement and what does it mean for the EU?

It is difficult to address this complex topic in a few words, a topic that is really outside my field of expertise. It is illegal to refuse entry to war refugees, which many of these migrants are.

But the theory and the laws clash with the will of many of the peoples of Europe who have little sympathy or understanding for the horrors experienced by many of these migrants and who are perceived by many as a threat.

The problem in Europe is aggravated by the architecture of the European Union. Most political negotiations are zero sum, in the sense that for one country to benefit, all other countries must bear the costs.

Given this, I am not surprised about the disappointing agreement over migration achieved by the European Council. 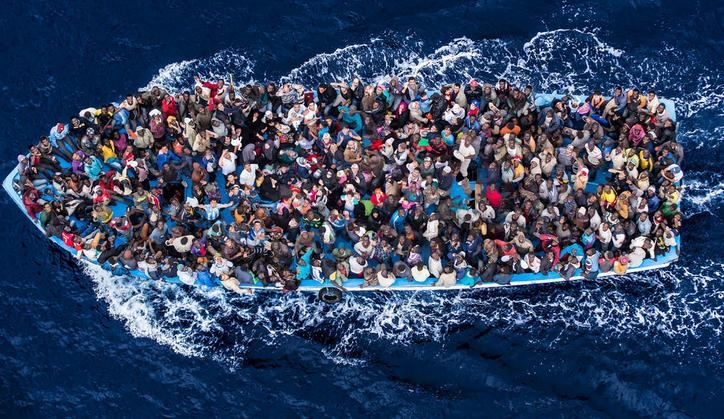 Greece, after the historic Eurogroup agreement which foresees the conclusion of the assistance programmes and guarantees a “clear exit” to the markets, is preparing for its post memorandum era. Could Greece become a success story, following the Portuguese example? Can Portugal serve as a role model for post-memorandum Greece?

The short answer is no. Neither Greece nor Portugal will become success stories in the medium and long term. However, in the short term the economic situation can improve markedly, particularly in Greece’s case, if the ECB expands the Quantitative Easing programme to also buy Greece’s public debt, though this seems unlikely.

Portugal and Greece are both economies condemned to ‘debtors’ prison” by Eurozone authorities. Note that the end of ‘debtors’ prison” was a significant and positive civilizational development (the writer Charles Dickens was no doubt inspired by the ‘debtors’ imprisonment of his own father).

The Eurozone adjustment programmes were very destructive to debtor economies like Greece’s and Portugal’s. Their objective was to make sure that these countries could service their debts in the short and medium term, regardless of whether the debt was sustainable and of whether their debt could ever be fully repaid, i.e., the proverbial “kick the can down the road”.

The adjustment programmes could have failed. Their “relative” success was strongly aided by favorable external conditions, namely the fall in the price of oil, the devaluation of the euro vis à vis the dollar, the more expansionary course of the US economy, the willingness of China to lower its current account surplus through expansionary domestic policies, and the low interest rate environment.

In sum, Portugal, Spain, Italy, and to a less extent Greece, have been able to massively improve their current account, because the rest of the World was willing to run larger trade and current account deficits.

When the current account deficits return, Portugal, Spain, Greece and Italy will face difficulties again. Moreover, the austerity measures adopted have reduced the growth potential of these economies particularly in the long run, namely due to the large emigration of young professionals and the high levels of youth unemployment, which have negative quasi-permanent effects on growth potential. 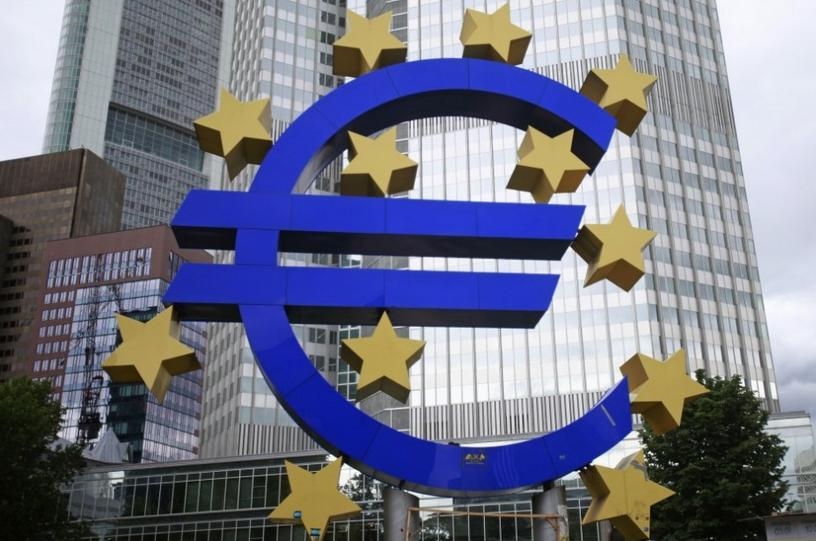 Europe is facing a series of challenges that relate to the common currency architecture as well as its own structural weaknesses and shortcomings. Which measures do you deem necessary for the deepening of monetary and economic union?

The key Eurozone reform occurred in the second half of 2012 with the launch of the Outright Monetary Transactions programme (OMT), whereby the ECB announced it was ready to buy unlimited amounts of a member state public debt. Unfortunately, the OMT was defined as a programme with strict conditionality to be controlled by the European Stability Mechanism (ESM).

Separately, the quantitative easing programme of the ECB since 2015, particularly the Public Sector Purchase Programme, contributed to a marked improvement in the Eurozone macroeconomic conditions and to bring about a stark reduction in the financing costs of member country governments, with a permanent effect that represented several points of GDP.

Nonetheless, these were among the few reforms since 2010 that contributed to an improvement of the resilience of the Eurozone architecture.

In my view, the main reforms that were enacted in the Eurozone since 2010 aimed to:

(2) force debtor member states to service their debt in the short- and medium-term, i.e., put these economies in a sort of debtors’ prison (e.g., Fiscal Stability Treaty and the “adjustment” programmes); and

(3) to prevent debtor member states from a potential “debtors’ prisonbreak”, that is prepare for the eventual disintegration of the Eurozone and otherwise to prevent debtor member states from unilaterally restructuring their sovereign debts or from exiting the euro (e.g., creation of the European Stability Mechanism, the introduction of “euro-CACs”, the recently approved new powers for the ESM, the sovereign debt restructuring mechanism, the proposed harmonization of insolvency laws, the proposed reforms to TARGET2, banking sector risk weights for member state sovereign debt, etc.).

Though there are positive features to all of these reforms (e.g., the lower interest rates on ESM loans), in the whole, these reforms weakened the resilience of the Economic and Monetary Union (EMU).

A separate question is what reforms are necessary if the Eurozone is to survive and thrive, which, given the format of this interview, it is not possible to fully address here.

In short, I believe, the EMU architecture is flawed and dysfunctional. The EMU can only properly operate if all member states run on average current accounts roughly balanced or in surplus.

To become sustainable the Eurozone needs much larger open-ended fiscal transfers between member countries, particularly in the form of automatic fiscal stabilizers.

These could be based on a new Eurozone (or EU) federal budget with its own fiscal revenues, for example based on a minimum alternative tax for both personal and corporate income taxes. Other possibilities include taxes on income obtained from residents of one member state in another member state or contributions based on member state current account surpluses.

The Eurozone should run a small recurring deficit at the Federal level, which would increase its spending capacity without direct costs to member state budgets.

The Eurozone budget spending should target foremost fiscal transfers to member states as well as a common Eurozone investment programme. 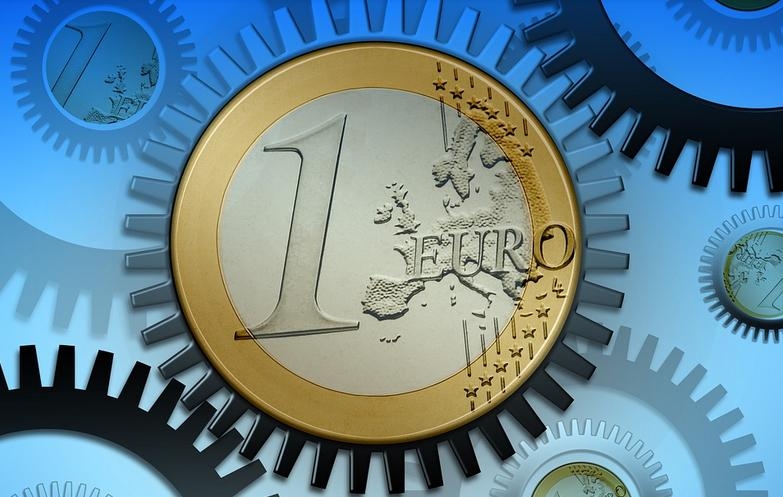 Can Europe make a fresh start based on a real monetary and economic union, when member states turn against each other, as the migration crisis management proved?

Is Europe going through an identity crisis?

The European Union and particularly the Eurozone is confronting again its original sin and its dystopian objectives. Its policy makers have wanted to create a single economic and monetary union, a Federal Union, without fiscal transfers.

This is an impossible political objective. Every single functioning economic and monetary union that we know of has large levels of fiscal transfers and significant fiscal stabilizers.

If Eurozone policy makers “stay the course”, as they seem intent on doing, the Eurozone is bound to experience a crisis unprecedented in the developed world.