Vicky Pryce is a Greek-born economist. She is currently Chief Economic Adviser and a board member at the Centre for Economics and Business Research (CEBR). She was previously Senior Managing Director at FTI Consulting, Director General for Economics at the Department for Business, Innovation and Skills (BIS) and Joint Head of the UK Government Economic Service. Before that she was Partner at the accounting and consulting firm KPMG after senior economic positions in banking and the oil sector.

Vicky Pryce holds a number of academic posts and is a Fellow of the UK Academy for Social Sciences and of the Society of Professional Economists. She sits on the Council of the Institute for Fiscal Studies, on the Advisory Board of the central banking think-tank OMFIF and on the Economic Advisory Group of the British Chambers of Commerce. Her books include: Greekonomics: The Euro crisis and Why Politicians Don't Get It; It's the Economy, Stupid- Economics for Voters, with Ross and Urwin; Redesigning Manufacturing, with Nielsen and Beverland; and Why Women Need Quotas, with Stefan Stern. She is also co-founder of GoodCorporation, a company set up to promote Corporate Social Responsibility. 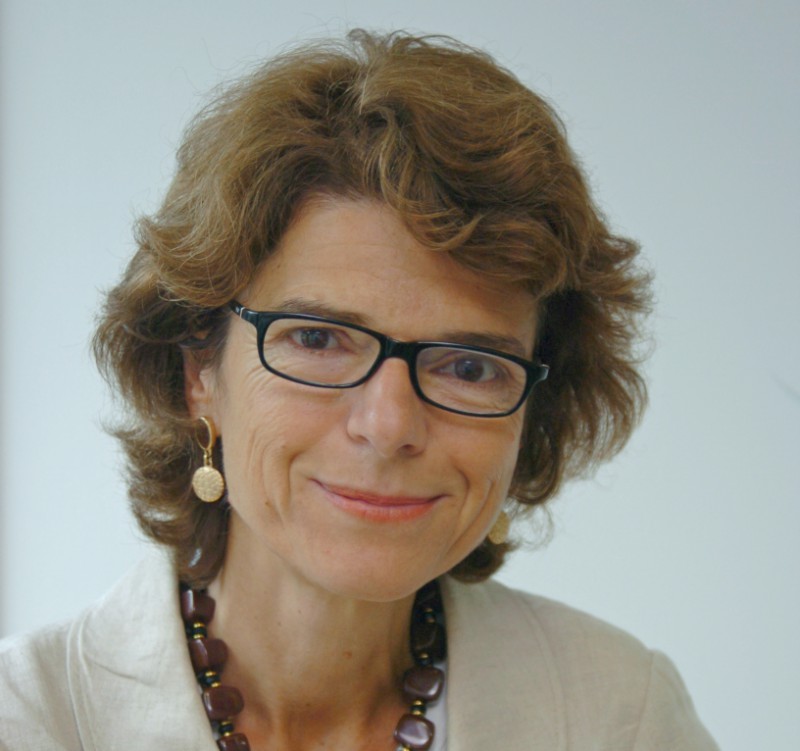 On 20 August Greece exited its final three-year bailout programme. The Press & Communications Office at the Embassy of Greece in London arranged an interview with Vicky Pryce, where she spoke about the challenges that Greece and Europe face in the post-bailout era, the potential impact of Brexit and the opportunities presented to Greece after the deal with FYROM on the name issue.

On 20 August Greece exited its final three-year bailout programme. Greek economy is returning to growth and Greek unemployment has dropped below 20% for the first time in the last seven years. In your opinion what are the prospects for Greece’s economy and the challenges that the country faces in the post-bailout era? How can Greece secure a sustainable recovery?

The exit from the bail-out has to be celebrated and was long overdue. Greece has achieved a remarkable turnaround in its public finances achieving a budget surplus on its normal revenue and spending transactions and also a primary surplus when debt servicing is excluded. All other countries that had bailouts such as Ireland, Portugal, Ireland and Cyprus had exited some time ago. The situation in Greece had been more extreme. However while other countries' debt burden remains significant their return to 'normality’ was helped by them being able to participate in the ECB's vast Quantitative Easing operations since 2015, which have kept the rates at which they can borrow in the capital markets low and the debt manageable. This was not the case for Greece. The credit rating for Greek bonds has been improving in anticipation of the end of the bail-out . But, despite the lengthening of maturities, interest rate reductions and payment holidays Greece has managed to negotiate for part of its debt, the 180% debt to GDP is likely to remain a constraint on growth.

In addition, the requirement to continue to produce substantial primary surpluses for decades to come will mean that it will be difficult to see how Greece can escape further austerity and low growth. Growth has been picking up mainly as a result of improved tourism receipts and higher exports generally, but it will take decades at current rates for the lost output to be made up. Further debt relief measures will have to be negotiated at some point to consolidate the foundations for future growth and prosperity. What Greece also needs is considerably more investment and infrastructure funding from the EU, more help to tackle the migrant crisis, a lessening in bureaucracy and a lowering of the tax burden on businesses and individuals to encourage spending and investment. It also needs to produce a properly, evidence - based industrial strategy. A proper partnership needs to develop between the public and private sectors on the back of a well thought-out and evaluated industrial strategy to ensure that Greece can exploit its strengths - such as in agriculture, energy and high tech- as well as consolidate its geographical position as a major trading and tourist centre with attractive offerings for visitors throughout the year and not just in the summer months.

During the crisis many young professionals and academics left Greece to try and build their lives abroad. How could this ‘brain drain’ be reversed? How could the experience of young Greek academics abroad be used to benefit Greece?

Outfits like 'Reload Greece ' which, backed by Greek academics at the LBS and elsewhere are trying to encourage young Greek entrepreneurs through training grants and other inducements to engage in new activities and link up with the Greeks of the diaspora are beginning to make a difference. But this is still a relatively small endeavour compared with the challenge of engaging the large number of young and qualified individuals who have left. There needs to be an active policy of re-engaging young professionals, possibly with a system of preferential funding arrangements to encourage investments in innovative ideas, supported by some of the international institutions. But again, reducing bureaucracy and allowing new start ups to flourish without crippling tax burdens is a must. Greece rates particularly poorly globally in relation to the ease of starting and doing business. A way of getting that talent to return must be found urgently.

Eurozone leaders hailed Greece’s exit from the bailout programme as the end of the eurozone crisis. In an interview for the Handelsblatt newspaper, Olaf Scholz, Germany’s finance minister, noted that “The bleak predictions of the prophets of doom have not come true”, adding that “Greece’s salvation is also a sign of European solidarity.” Has Europe emerged stronger from the crisis? What are the lessons to be learnt from the crisis for both Greece and the EU?

It is true that the need to save the Euro as Mario Draghi, the head of the European Central Bank (ECB), had promised he would in 2015 also meant keeping Greece in the Euro and the EU. But the single currency had problems from the very beginning in that it had not built the proper institutions to deal with a crisis of the type we saw in the late 2000s. Greece suffered from that lack of institutional framework. When the crisis hit, countries found themselves in difficulty and unable to borrow in the capital markets and their banks teetering on the brink of insolvency with no proper funds transfer mechanism, no immediate risk sharing and the ECB not a lender of last resort which the markets had assumed (wrongly) that was the case . The burden was therefore borne by the taxpayer in each country which has left a legacy of debt burdens and a period of severe austerity, none of course as severe as in Greece. Greece like other crisis-hit eurozone countries was unable to lower its own interest rates or depreciate its currency as a way to improve competitiveness and its finances. Instead it was left with no option but to cut salaries and pensions, reduce public spending and increase taxes in exchange for a series of bail-outs. As a result the severity and duration of the Greek depression was unparalleled in any European country since the war. But fear of the domino effect of a possible 'Grexit' on the rest of the eurozone finally led to decisive action to deal with it in a more sustainable way. There has been an increasing acceptance of risk sharing. In addition to QE there is now a European Support Mechanism, a move to a banking union with a new bank resolution fund, a reinforced regulatory role for the European Central Bank, which is now also effectively finally a lender of last resort, a move towards a capital markets union and talk of a eurozone budget, eurozone finance Ministry and possibly turning the ESM into a European IMF. I think that indeed we could see the crisis in Greece and the eventual more positive response of the Europeans as demonstrating the commitment to keep the EU together. 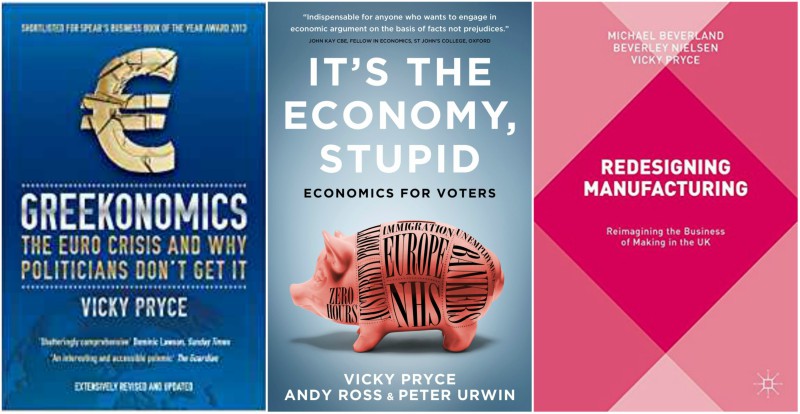 The UK is heading for an EU exit. In a recent event at LSE you spoke of a possible positive impact of Brexit on Greece. How is Brexit expected to affect the UK, Greece and the EU?

Much of what I said in response to the previous question also applies here. But Brexit has certainly had an impact. The EU has been at pains to ensure that advantages of being in the EU are clear during the Brexit negotiations. The example of the way Greece seems to have fared in the eurozone was and is still being used by pro-Brexit campaigners as a reason for not wanting to be in the EU. In a way I do think that the need to keep the EU against the threat that Brexit presents to the integrity of the EU has led to a greater show of solidarity towards Greece and a greater willingness by other eurozone countries to help broker a solution.

Having reached a deal with FYROM on the name issue, Greece has drawn praise abroad and aspires to play a leading role in the stabilisation and regional cooperation in the Balkans. What potential for economic growth does this deal offer to Greece and South Eastern Europe?

It’s good news that the name deal has gone forward. Assuming agreement by parliaments and a referendum, this opens the door to the Western Balkan nations to join the EU and its single market. Open frontiers from the Aegean to the Alps can only be good for Greek businesses who know how to do business in the region.

Turkey’s economy has recently shown signs of volatility, with the Turkish lira losing value and the country’s inflation and debt causing concern. What could the implications of a potential Turkish financial crisis be for the economies of Greece and the EU?

There are increasing concerns about any domino effect from the Turkish financial crisis. With a number of banks in the eurozone already having to cope with a high level of non-performing loans, the fall in the lira is adding to problems given the very large percentage of foreign currency denominated loans in Turkey. Moreover it could sour investors' views of highly indebted countries and therefore make it more difficult for Greece to borrow in international markets.