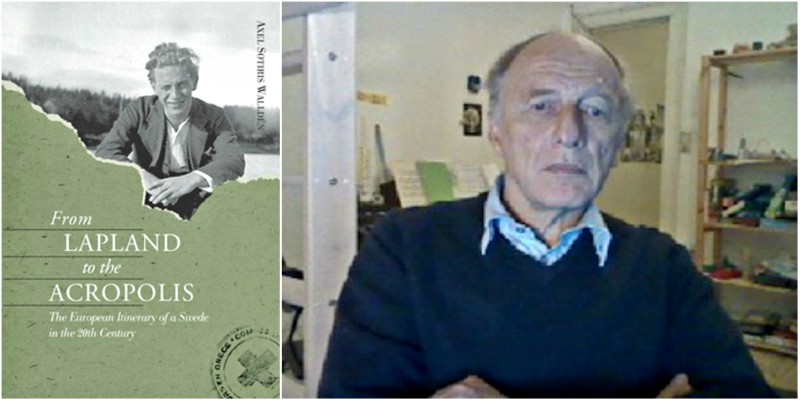 Axel Sotiris Walldén (born 1949) studied economics in Sweden and France and was awarded a PhD from the University of Athens. From 1996 to 2014 he was an official at the European Commission, mostly dealing with EU enlargement. Previously, he had served, inter alia, as secretary-general at the Hellenic Ministry of National Economy and as a visiting professor at the Panteion University, Athens. He has also served as an adviser at the Greek Foreign Ministry.

He presently teaches a post-graduate course at the Institut d’Etudes européennes of the Université Libre de Bruxelles. He is the author of a large number of books and articles on EU enlargement, Balkan issues, Greek foreign and domestic policy and recent history. Walldén took an active part in the struggle against the Greek dictatorship (1967-74) and has since held leading posts in parties and organisations of the Greek Left. Being of Greek and Swedish nationalities, he has recently released three books on the issue of Greek-Swedish relations during the Axis Occupation and the Greek military junta (1967-74).

These books are From Lapland to the Acropolis : the European itinerary of a Swede in the 20th century (in Greek by Polis editions), Humanitarian Assistance to Occupied Greece. The Swedish Red Cross Mission 1942-1945 and Dictatorship and Resistance 1967-1974; a Personal Testimony (both by Themelio editions). Thanks to the first two of these publications, Walldén was awarded the 2018 prize of the Association of the Friends of the Swedish Institute in Athens (Föreningen Svenska Atheninstitutets Vänner) for his contribution to cultural exchange between Sweden and Greece. On this occasion, he granted an interview* to Greek Νews Agenda.

You were recently awarded the 2018 prize of the Association of the Friends of the Swedish Institute in Athens (Föreningen Svenska Atheninstitutets Vänner) for your contribution to the promotion of cultural exchange between Sweden and modern Greece. The basis for the Association’s award were your two recent books (From Lapland to the Acropolis and Humanitarian Assistance to Occupied Greece). Both these deal with Swedish-Greek relations during the Axis Occupation of Greece. Could you elaborate?

Greece and Sweden have a long-standing history of friendly relations. Two ‘moments’ of this history were crucial for the shaping of a positive image of Sweden in Greek collective memory: Sweden’s role in alleviating the famine in Greece during the Axis Occupation and its solidarity to the struggle against the Greek military junta in 1967-1974.

Sweden, as a neutral country during World War II, was mandated by the belligerents to lead what proved to be the largest humanitarian operation during that conflict: bringing food from the Americas to the starving people of occupied Greece and managing its distribution in cooperation with the Geneva-based International Red Cross. The two books of mine you mention focus on this operation, still little known, and hence they hopefully contribute to a better knowledge of its extent and details.

The book From Lapland to the Acropolis is a biography of your father. Tell us about it.

My father, Gottfrid Walldén, was a Swede born at the beginning of the 20th century in Swedish Lapland, who came to Greece during World War II with the Red Cross and eventually settled in Athens where he stayed until his death in 1967.

His biography falls under the category of ‘people’s history’, a narrative that attempts to account for historical events from the perspective of common people, rather than political or other leaders. The reader can follow his rather unusual itinerary, which includes early years in northern Sweden, two years at a high school in Normandy just after World War I and life as a bank accountant during the inter-war period in Central Sweden. However, the largest part of the book covers his stay in Greece in the 1940s, first as a neutral delegate of the Swedish Red Cross mission and then as a businessman, having decided to settle in Greece, a country which he comes to adore.

In my book, I try to picture the atmosphere and social environment of the respective periods and places where my father stayed, most crucially of Greece in the 1940s. The perspective of a Swedish national of modest origins who lands in the conservative upper-class Athens society during the Occupation, Liberation, the December 1944 uprising and the ensuing Civil War in 1946-1949 is, I believe, quite revealing.

The book also provides a concise picture of the Swedish Red Cross mission to Greece. In fact, my research on this topic went far beyond the biography of my father and led me to edit another volume, which deals with the humanitarian relief mission itself. 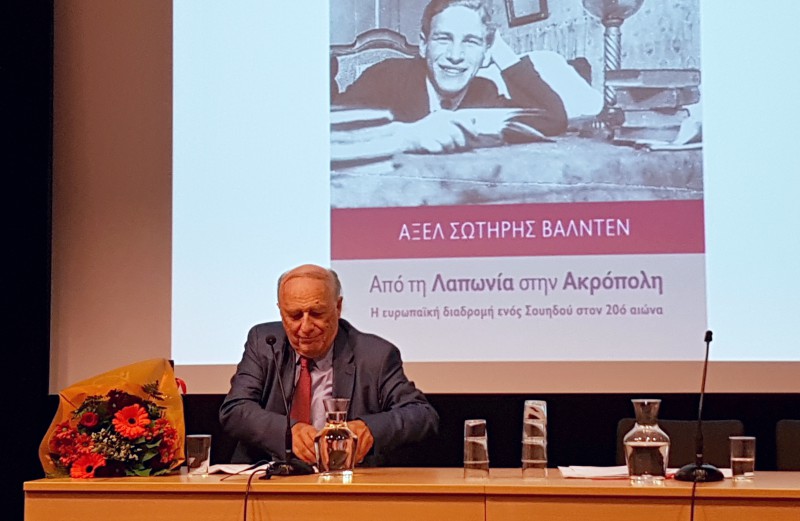 Let us come then to your book on the Swedish Red Cross mission to Greece during World War II. Could you briefly describe this operation?

The relief mission brought to Greece 650,000 tons of food from Canada and Argentina and organised its distribution to millions of people in most of occupied Greece. It was thus instrumental in avoiding a repetition of the deadly famine of the first winter of the Occupation. Sweden provided the ships that transported the food through zones of warfare and the Allied blockade of continental Europe. It also contributed witharound 30 delegates who, together with the Swiss, managed the vast organisation needed to ensure an efficient and neutral distribution of the goods throughout the country.

My book is a comprehensive description of that operation. The first part is a detailed account of the mission, written by Emil Sandström, the head of the Relief Committee (1943-1945). In a second part, I explore, based mostly on archival material, what I call ‘the sensitive issues’ of the operation. These include inter alia the often difficult relations between the Swiss and the Swedes in the mission, the issue of irregularities and corruption, but also a section on ‘the neutrality of the neutrals’, i.e. the attitude of the Swedish delegates towards the belligerents and towards the parties of the internal Greek divisions. Finally, the third part comprises documents, mostly unpublished and translated from Swedish archives, with reports and views of Swedish delegates and diplomats on the situation in Greece and the unfolding of the humanitarian mission.

Your two books rely on research in mostly Swedish archives. How relevant were these for the study of the history of Greece?

Indeed, I relied extensively on a number of Swedish archives, notably those of the Swedish Red Cross, the Swedish Foreign Ministry and the Legation of Sweden in Athens, all of which are deposited at the State Archive (Riksarkivet) in Stockholm. I also worked at the archives of the International Committee of the Red Cross in Geneva. All of these sources provide precious information on the Red Cross mission, but also on the situation in Greece during the Occupation through the eyes of Swedish (and Swiss) delegates and diplomats. The Swedish archives, in particular, are not easily accessible to foreign researchers for linguistic reasons.

Let me now come to your book on Dictatorship and Resistance 1967-1974, which is a narrative of how you experienced that period as well as of your participation in the resistance movement against the military junta. Tell us about your activities then, including during your stay in Sweden.

A military dictatorship ruled Greece between 1967 and 1974 in what was the darkest period in the post-war history of the country. At the time, I was a high school and then university student in Greece, Sweden and France and I actively participated in the resistance and solidarity movements from the ranks of the Greek Left. My book is a testimony of that experience which I still consider as my ‘finest hour’.

The book focuses mostly on the resistance in Greece, both underground and ‘legal’, with a key chapter on my role as the liaison between the student organisation ‘Rigas Feraios’ in Greece and the Party leadership abroad, during the student mobilisations that led to the Athens Polytechnic School uprising in November 1973. However, I also deal with the anti-dictatorship activities abroad, including in Sweden, where I was based from 1968 to 1972.

Sweden was probably the country that supported most the fight for democracy against the Greek military regime. The Swedish Government opposed the junta in the Council of Europe and supported the resistance movement. There was a broad and very active solidarity movement in the country, coordinated by a ‘Swedish Committee for Democracy in Greece’ where all parliamentary parties except the Right were represented. A bulletin on Greece, the Grekland-bulletin, was published in Lund and circulated in the whole of Scandinavia. Public opinion was favourable to our struggle and ordinary citizens participated in demonstrations and fund raising for the Resistance. My book provides a taste of all these activities.

I should maybe add that my book illustrates the fact that the struggle against the military dictatorship forged an anti-fascist unity of democratic forces throughout the political spectrum, despite important differences among them. This legacy is very much pertinent today, when we see extreme right and nationalist forces again on the rise just about everywhere in our continent.