Reading Greece: Fotini Tsalikoglou on Migration, the Psychology of the Crisis and Literature as an Act of Defiance

Fotini Tsalikoglou studied psychology at the University of Geneva and is currently a professor of psychology at Panteion University in Athens. She is the author of many celebrated novels published in Greece, including The Daughter of Anthi Alkaiou, Eros Pharmakopoios, I, Martha Freud, I Dreamed I Was Well, Bertha’s Gift [shortlisted for Readers’ Award of the National Book Center of Greece in 2011], All the ‘Yeses’ of the World, The Happy Island and ‘What if?’ (with Margarita Karapanou). The Secret Sister – her English Language debut – was included in World Literature Today’s list of ’75 Notable Translations’ for 2015. 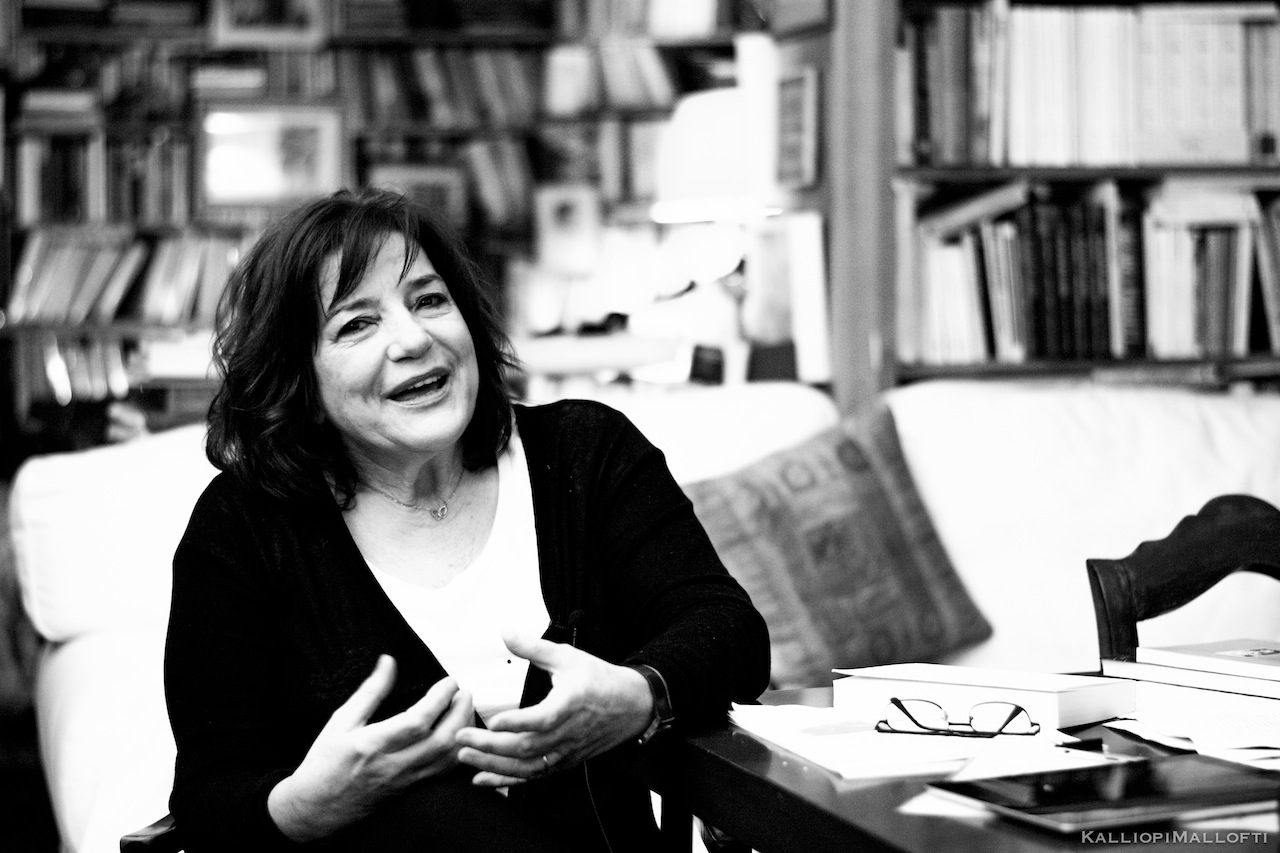 Fotini Tsalikoglou spoke to reading Greece* about how immigration has intermingled with Greece’s history over the years, how the words ‘Greece’ and ‘Greeks’ evoke conflicting images and associations, Greek society’s long history of contradictions and complexities, and the way her books attempt to ‘probe into the inevitable transmutations of the sense of belonging that is so deeply ingrained in the Greek psyche’.

She also comments on the current socio-economic and existential crisis, where ‘what is lost is the illusion of safety; what has hopefully been gained is the recognition that safety itself can ultimately be scary’ and how defying the crisis can constitute a revolutionary act. ‘Literature is a form of action, offering us not the hope of an elusive ‘idea’ but the only thing that truly matters: Cavafy’s hope that the voyage to Ithaca is a long one’.

The Secret Sister – your English language debut – is an exploration of the spaces between the past and the future through an intimate glimpse at the lives of immigrants both leaving and returning to their homeland. How has migration intermingled with our country’s history over the years?

Migration and Greece represent the two faces of Janus. We cannot conceive the history of Greece without taking into consideration the role that migration played in the struggle for a better future, a struggle suspended precariously between hope and despair. In their plurality and complexity, the wounds of migration are the wounds of Greece.

Mary Kitroeff's translation of the book was included in World Literature Today’s list of ’75 Notable Translations’ for 2015. Do you consider that the current crisis has rekindled the interest in Greek literature abroad?

It may very well have done so—an antidote to the negative national stereotypes that have emerged in the international media. Ironically, such stereotypes manage to survive in the midst of enduring visions of the ancient Greek ideal. It should not be surprising, therefore, that the words 'Greece' and 'Greeks' evoke conflicting images and associations, as aggression turns out to be the dark side of idealization.

On the other hand, Greek society has its own long history of contradictions and complexities. I believe that it is through art and literature that these problems can be brought on the surface with a renewed relevance and urgency. It is somehow true that ‘literature turns blood into ink’. My book attempts to probe into the inevitable transmutations of the sense of belonging that is so deeply ingrained in the Greek psyche, and to show how difficult it is, especially in times of economic crisis, to distinguish between nostalgia and hope.

One of the recurrent themes in your books is the mother-daughter relationship. As you have said, in this relationship, ‘there is played a game between life and death’. Would you like to tell us more?

‘Mother’ is the very first object of love in one’s life. In Winnicot’s words, ‘There is no such thing as a baby’: it is through the relationship with the mother or her substitute that an infant exists, fed not only with milk but also with a sense of warmth, of belonging, of safety. Τhis is the paradise of non-differentiation, the bliss of unification that lasts only a few months, yielding eventually to feelings of frustration, disappointment, sorrow, and betrayal.

Mother is now another person, unable to fulfill all our desires: alterity hurts. Yet without this anxiety of separation, without the recognition that the pleasure principle has its own limits, we would remain infants in search of a lost paradise. Without this incessant interplay between Eros and Thanatos, between life and death, there would be no life.

In your recent series of lectures at ‘Stoa tou Vivliou’, you urged people to get over our ‘national mourning’. How can we defend our right to life and creativity when loss, violence and depression loom around us?

In the Seminar Hall of the Athens Free University at ‘Stoa tou Vivliou’ I had the opportunity, with a large audience of different age and background, to share what it is like to live in the midst not only of an economic crisis but also of a psychological and existential one. Loss aims at reparation, mobilizing imagination and nurturing creativity along the way.

Loss makes us painfully aware of our vulnerability, but it is this awareness—manifested especially through art and literature—that protects us from the hubris of perfection and omnipotence. As Emily Dickinson reminds us, ‘I like a look of Agony, / Because I know it's true’. It is this ‘look of Agony’ that makes me write novels.

‘Eventually you realize that the life-jackets we were travelling with in a supposedly undisturbed sea are full of holes and that the sea is actually a rough, inhospitable sea […]. You are all grown up. You don’t need life-jackets to float […] This is what motivates me in recent years to refer to the ‘hidden gifts of loss’’. In what ways has the socio-economic crisis disrupted the relationship we maintain with ourselves and others? Is there a way out?

A crisis may be disruptive, but at the same time it offers the opportunity to re-invent our inner selves, allowing for a healthy distance from circumstances that we once took for granted and regarded as self-evident. What is lost is the illusion of safety; what has hopefully been gained is the recognition that safety itself can ultimately be scary. 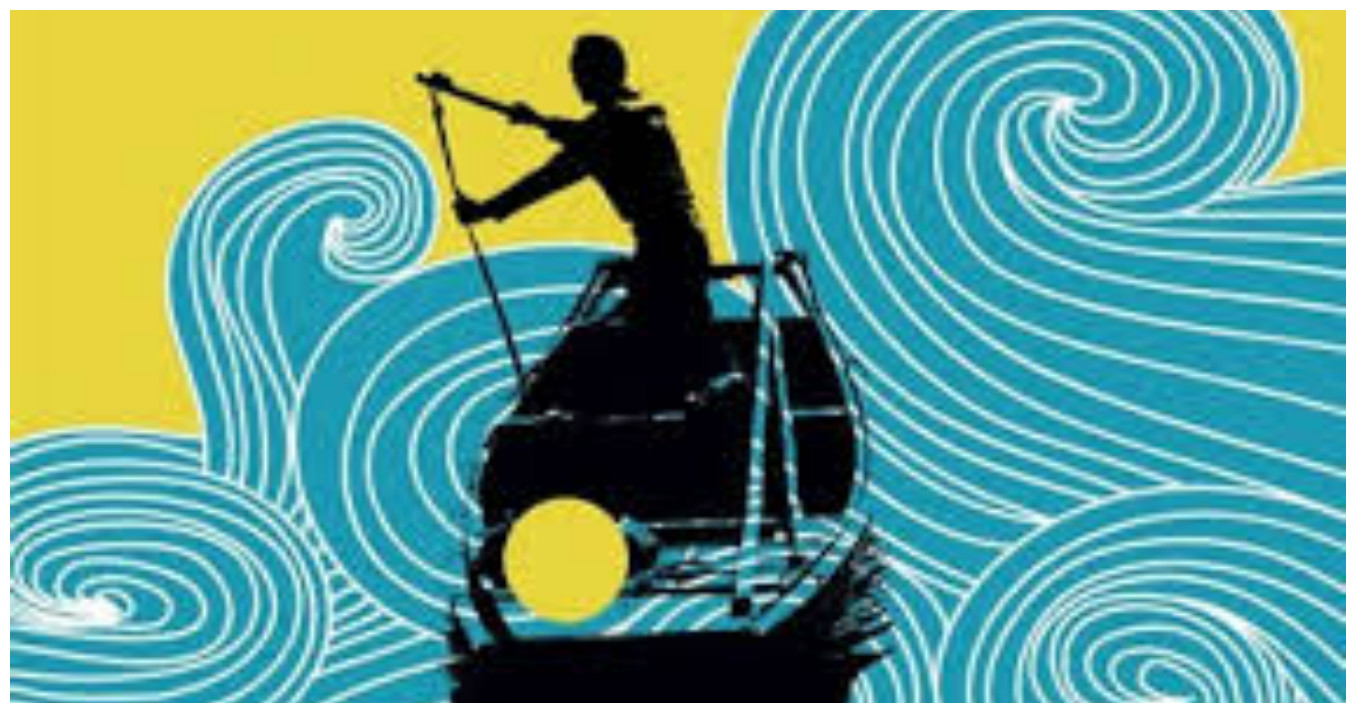 In your most recent book Happy Island, the concluding message is that ‘everything is possible’. Does defying the existing order of things constitute a revolutionary act? Is there hope for Greece to become a ‘happy’ country?

Defying crisis does indeed constitute a revolutionary act. In that sense, it is not enough to understand how the economic crisis works its way into the fabric of society; we must also take the necessary steps to translate theories into action. And even if it s true that ‘between the idea and the act falls the shadow’ literature is a form of action, offering us not the hope of an elusive ‘idea’ but the only thing that truly matters: Cavafy’s hope that the voyage to Ithaca is a long one. 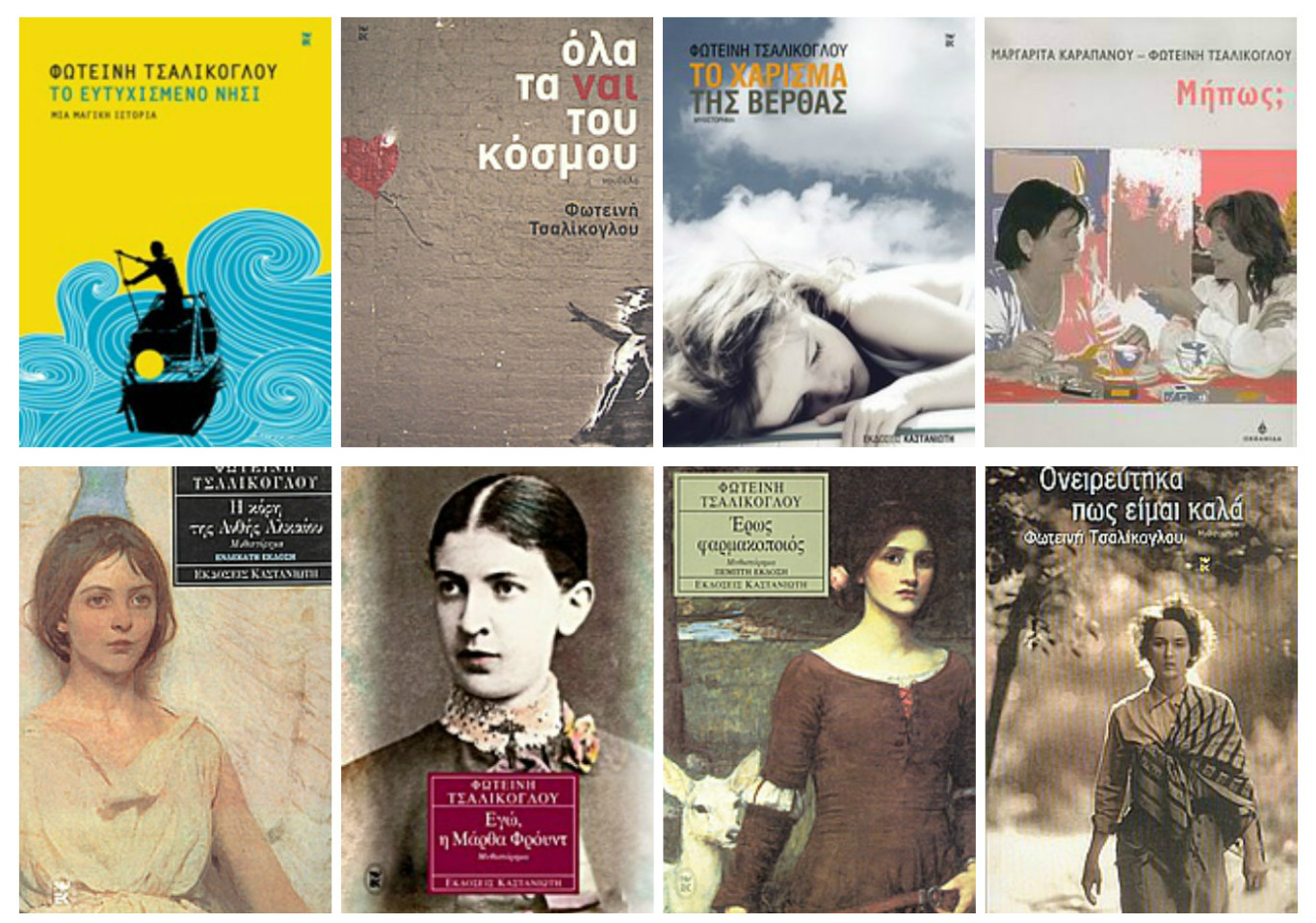