Reading Greece: Yannis Tsirbas on the Human Geography of the Athenian Center, Social Awareness and ‘Imperialism’ as a Book Policy

Yannis Tsirbas was born in 1976. He studied political sciences, political behaviour and communication in Athens and Essex. He is currently a Lecturer at the University of Athens in the Department of Social Theory and Sociology, with an expertise in quantitative and qualitative methods of social research. He has published a book on political communication [28 Days, (2007)], as well as articles and book chapters on various topics, including campaigning, mass media, electoral behaviour and the perception of political messages. He has received many awards for short stories published in different literary magazines. His debut novel Victoria doesn’t exist (2013) was translated in French and was recently turned into a movie by Yannis Sakaridis. 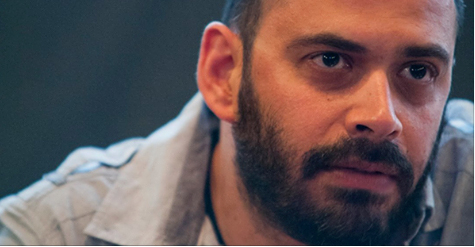 Yannis Tsirbas spoke to Reading Greece* about Victoria doesn’t exist, providing insight into Victoria Square, ‘one of the most crisis-hit areas of Athens and a transit point for thousands of immigrants and refugees’. He comments on how the human and social geography of the city center has changed over the years, while explaining that ‘the process of social awareness is slow and must be boosted by a strong political will and specific policies’ in that respect. He also shares his experience of seeing his book turning into a film noting that the process is a painful one, yet ‘the pain is mostly sweet and rewarding’.

He expresses his pessimism about the future of Greek books pointing out that a great part of Greeks become disenchanted by books during school and that this relationship is never restored in their adult life while he remarks that ‘the connection between books and other forms of art could prove useful, both in terms of expanding the readership in Greece and of making Greek books known abroad”.

Your debut novel Victoria doesn’t exist denounces racism and violence in all its forms. Tell us a few things about the book.

The main story of the book is about two strangers who sit opposite to each other in a train travelling to Athens. One of them is residing in Victoria Square, one of the most crisis-hit areas of Athens and a transit point for thousands of immigrants and refugees. He is really upset by this situation, feeling threatened and alienated because his beloved square, the place of his adolescence and, apparently, his only source of identity is now occupied by foreigners. So, he starts a delirious narration about how good things used to be in Victoria and how bad they are now, escalating in a plan to eliminate all foreigners. Through his words though, it is quite obvious that he, personally, was never in a really good situation.

The reader watches this through the point of view of the other guy, the listener, who resides in a posh suburb of Athens, is bored, and constantly looking at his emails. The listener is indifferent at first, then briefly becomes a voyeur of a dark reality, tries to be politically correct but then returns to complete apathy. The main story is interrupted by five short stories about Victoria square of the past, showing instances of violence and isolation long before the arrival of foreigners. In this respect, the book does not explicitly denounce anything and does not provide solid answers to a social phenomenon. “Victoria” tries to provide facets of life of certain people. It depends on the reader whether she or he will identify with the banal racist, the apathetic bystander or anybody else.

You were born and raised in Victoria Square in the center of Athens. How has the human and social geography of the city center changed over the years?

Athens is a city where, contrary to what is the case in most European capitals, the upper middle class abandoned the now largely degraded center to live in some expensive and posh suburbs. Victoria Square used to be one of the places of choice of the Athenian bourgeois many decades ago and now is a place of working class people and first and second generation immigrants. It continues to be a safe, beautiful and lively place, even though the media often portrays it differently.

“Lack of tolerance is caused by distance, rather than proximity”. How can social awareness be achieved? Is fighting racism a matter of political will? What is the role that literature and art in general can play in this respect? 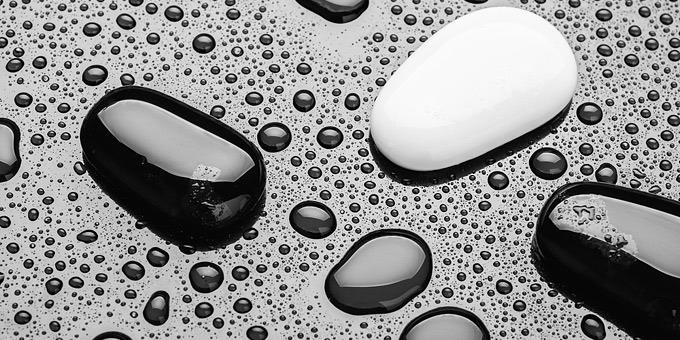 This is a really difficult question. I believe that nowadays a certain degree of background or banal racism is apparent in many aspects of public life and public discourse. Moreover, in Greece there is an electorally significant neo-nazi party with extreme racist and anti-Semitic views. The process of social awareness is slow and, obviously, it must be boosted by a strong political will and specific policies. At the same time it is a personal issue as well. We must show zero tolerance to hate speech and racist incidents in our everyday lives.

Yannis Sakaridis’ film Amerika Square, that premieres at Busan International Film Festival this October, is based on Victoria doesn’t exist. How does it feel for a writer to see his book turn into a film?

Well, I fully participated in the screen-writing, so I closely watched the whole process. I would say it is a painful process in that you surrender your personal work to different people, processes and approaches. You see it being interpreted differently by co-writers, the director, the actors and the editor. At the same time, you have to serve another code, the code of filming which is very different of the code of literature in that it requires everything to be written for the camera to “see”. No emotions, thoughts or intentions are useful in screen-writing unless they can be filmed. This is not the case for literature of course. In sum, I would say that seeing (and participating into) the process of your book turning into a film is a painful process, but the pain is mostly sweet and rewarding.

You have stated that “in order to support books and boost reading, there is required a twofold imperialism: books and reading should become attractive anew and be addressed to more people”. What future lies ahead for Greek books? How can Greek literature become attractive both in Greece and abroad?

I am not very optimistic about the future of Greek books. And I am not really sure that we can talk about “Greek books” as a whole. There are different writers, genres, approaches, some of which are doing really well both in Greece and abroad in terms of readership. I believe that the school is a major factor in turning books into something attractive especially given the fact that up to now all relevant research points to the contrary: it is during school that a great part of Greeks become disenchanted by books and this relationship is never restored in their adult lives. On the other hand, the connection between books and other forms of art, like cinema and theatre, could prove really helpful, both in terms of expanding the readership in Greece and of making Greek books known abroad.

A writer and a political scientist. Complementary or contradictory roles?

Well, I would personally say that they are the two facets of the same coin. As a political scientist I try to identify and analyze patterns of behavior by grouping people together in different categories, like social class, gender or voting. In writing, it is the individual and the critical detail that is interesting, as well as things that are not objectively there but have to be invented or reinvented by the writer. In any case, I suppose that the two roles are affecting one another in many implicit ways.