Kiriakos Sifiltzoglou was born in 1983 in the city of Drama in Northern Greece where he lives. He has studied Law and Political Sciences at the University of Thessaloniki. He has published four poetry books to critical acclaim: Στο σπίτι του κρεμασμένου (Thraka, 2015), Με ύφος Iνδιάνου (Melani Editions, 2014), Μισές αλήθειες (Melani Editions, 2012) and Έκαστος εφ' ω ετάφη (Gavrielides Editions, 2007) His poems have appeared in magazines and anthologies and recently in the anthologies of contemporary Greek poetry Futures: Poetry of the Greek Crisis, edited by Theodoros Chiotis (Penned in the Margins, 2015) and Austerity Measures, The New Greek Poetry, edited by Karen Van Dyck (Penguin, 2016). 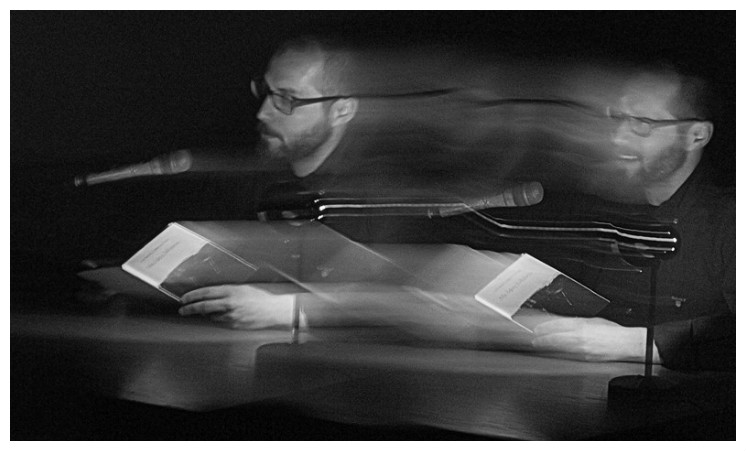 Kiriakos Sifiltzoglou spoke to Reading Greece* about his latest poetry collection which “includes prose-like poems, poems and letters” noting that he “chose mostly persons whose life and art were tried hard by history, death, madness, even by art itself; persons whose works, however, constituted ‘milestones’ in the world of art”. As for the poetic language, he comments that “the theme defines the language, but language may, in turn, alter the theme, offering new perspectives or even a new reason why”.

Asked about whether poetry and photography are communicating vessels, he says that “a poem may contain such intense and potent 'magery' that you feel as if reading a photo or, in turn, a photo may avail of such abstraction that can withstand multiple readings and be read as a poem”. As to the effect of reality on poetry and vice versa, he notes that “reality surrounds us all – breathing, shouting, singing, making us angry, turning its back on us, engulfing us – in an all-inclusive co-existence”, while in turn, for poetry to re-form reality, there is required “a peculiar combination of vision and consistency”.

Your latest poetry collection, titled Στο σπίτι του κρεμασμένου [In the house of the hanged] was awarded the O Anagnostis Literary Review Awards 2016 for poetry. Tell us a few things about the book.

Στο σπίτι του κρεμασμένου is my forth poetry collection. The award was both a great joy and honor, not just for the book but as recognition of the ten years I have been writing poetry. This poetry collection was quite different from the previous ones, both in terms of theme and language. It includes prose-like poems, poems and letters. They all refer to real artists, writers, poets, painters, photographers, from Kafka and Cioran to Rober Walser, Tsvetaeva, Mark Rothko etc. I put them in eras and places different from the ones they lived in; they meet and interact with each other, uttering words they have never actually spoken.

I chose mostly persons whose life and art were tried hard by history, death, madness, even by art itself; persons whose works, however, constituted ‘milestones’ in the world of art. In other words, I underwent a “re-mystification” process – like short films on a blank page – for artists that have left their mark on me, either through their work or some aspects of their life; and I felt as if I returned, in writing, the love that they unwittingly bestowed upon me.

As Petros Golitsis notes, Sifiltzoglou, “in his capacity as a traveler, captures snapshots through his photographic writing, resulting in often cryptic ‘conclusions’”. Would you say that poetry and photography are communicating vessels?

A poem may contain such intense and potent “imagery” that you feel as if reading a photo or, in turn, a photo may avail of such abstraction that can withstand multiple readings and be read as a poem. It’s been three years that I am involved in photography and I have come to realize that poetry and photography can go hand in hand, not so much in terms of representation or “a decisive moment”, but mostly in terms of figurative meaning, intense meaning; a bullet that strikes instantaneously and aims straight to the soul, the mind and the eye. A shot that hits all three may act both as a poem and a photo- as long as the artist arms, fires and shoots straight to the target.

Your poetic language decomposes conventional linguistic norms and established conventions. What role does language play in your poetry?

From my first through my fourth poetry collection, language varies, shifts, taking shape in different ways. I’m not just interested in the theme, in ‘what’ I say but I try to baptize and re-baptize it in a new way of linguistic expression – difficult bets not easily won. I sometimes think that the theme defines the language, but language may, in turn, alter the theme, offering new perspectives or even a new reason why.

Language is the vehicle, the engine, but it may also become the fuel, or even the driver, it can move very fast, take dangerous turns and it may even send you down the cliff, straight to the abyss, in a meaningless leap; attention is required and the artist has no excuse saying “I was unaware”. Therefore, I try, by “guessing”, by turning upside down, not just words, but whole sentences to give my poems each time a different form – hoping that, even to some extent, I have managed to do so, given that what we want and what we achieve can be completely different things.

As Fryni Kostara eloquently put it, Sifiltzoglou is “not a poet of the elaborate but a poet of the substantial, who, through the depiction of the simple things of everyday life, urges us to look behind the superficial”. What is the effect of reality on poetry? And, vice versa, how is reality re-formed/trans-formed in poetry?

Reality surrounds us all – breathing, shouting, singing, making us angry, turning its back on us, engulfing us – in an all-inclusive co-existence. Even what we call “everyday reality” is actually a major part of our life, where everything can be found. I often say that I picture reality as a “huge lovely dump”, from where you can fish diamonds; even completely worthless materials that, at a first glance, seem non-poetic, may be transformed into poetry. It all depends on how open you are, how socially aware, how sensitive your ears are to what is calling or whispering to you – what additional windows, doors, skylights, basements or micro-cosmos you are in need of.

As to whether poetry may reform reality, it depends on the individual, from the artist to every single reader; and it’s demanding, tricky, requiring a peculiar combination of vision and consistency. In other words, it comes at a cost – yet a worthy one. I can’t say more, just bear in mind the words “vision”, “consistency”, “cost”.

Should poetry be socially or even politically ‘militant’ in times of crisis?

There are no “musts” in Art, yet there are certain “obsessions” among artists. These two elements can rarely go hand in hand just casually, spontaneously, or unselfishly. Even in extreme situations, social or political ones, “musts” feel strange or raise suspicions. The thing is whether the artist wants or can overcome himself and his obsessions so as to hearken to the extreme and express it in his way. In many cases, the artist considers himself to be the centre of the universe, even when the world around him is on fire, while in other cases he chases after this extreme reality and blows everything up. 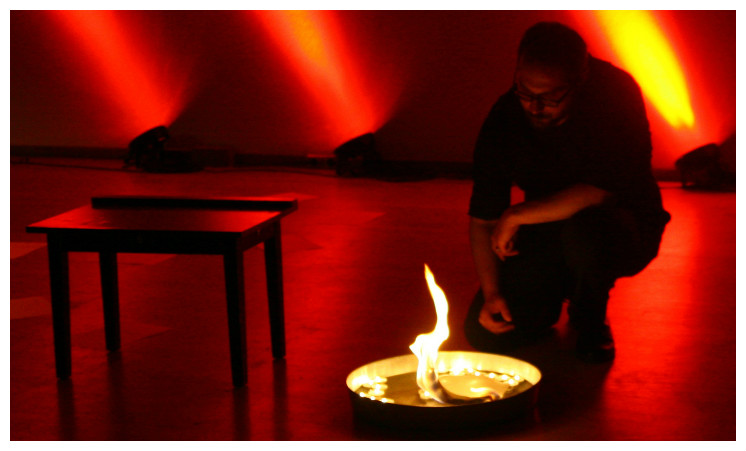 In my opinion, extreme situations give birth to intense stimuli, which, depending on the sensitivity and the antennas of each individual, may become landmarks or prove to be nothing. There are people saying that “the era indicates or dictates…”. I, on the other hand, think that when the “natural frequency” – to use a physics term – of the creator, vis-à-vis extreme situations, coincides with the “natural frequency” of society, then yes, the “pace” of poetic verses can even make bridges fall.

You have been living in a provincial town of Northern Greece. How do things stand as far as artistic and literary production is concerned in the Greek province? How easy is for writers of the Greek province to have their voice heard?

Although I have been living in a small provincial town of Northern Greece called Drama, I should say that literary production has and continues to be doing well. Both in the previous decades and during the last few years, there are quite notable writers here. In a small town, time flows slowly allowing for a deep assimilation of everything – if, of course, that’s what you are after. It’s as if you are part of life and as it unfolds, you can take a step back, keeping your distance, so as to make the next few steps on a more solid ground. Not to mention that you really have the time and convenience to read wonderful books by others!

I truly enjoy walking around the town, greeting people every two steps, engulfed by a feeling of familiarity; I can’t stand the myth of the distant, mysterious, unsociable poet. North of my town, there are virgin forests and rivers, uninhabited villages, rare species of fauna and flora; it’s there that you bend your head, free of ostensible poses, it’s there that you can feel living poetry dying and then created anew.

No, a provincial town does in no way deprives you of “a large audience”, especially now with the internet and social media – as for the past, maybe, not to say definitely yes. For an artist, whether living in the capital or in the most distant town or village, the main agony is what to “bring to the table”; the book leaves his hands and starts its journey – it’s somewhere on the way that it will find the “erudite reader”, even if he doesn’t form part of the larger audience.