Reading Greece: Ioannis Pappos on a Fictional Account of the Business World and the American Political Order

Ioannis Pappos is a management consultant and writer from Pelio, Greece. He is a graduate of Stanford University and INSEAD Business School, and has worked in both the U.S. and Europe. He contributes to blogs and magazines. Hotel Living [HarperCollins Publishers, 2015] (finalist for Lambda and Edmund White Debut Fiction awards) is his first novel. He lives in New York City. 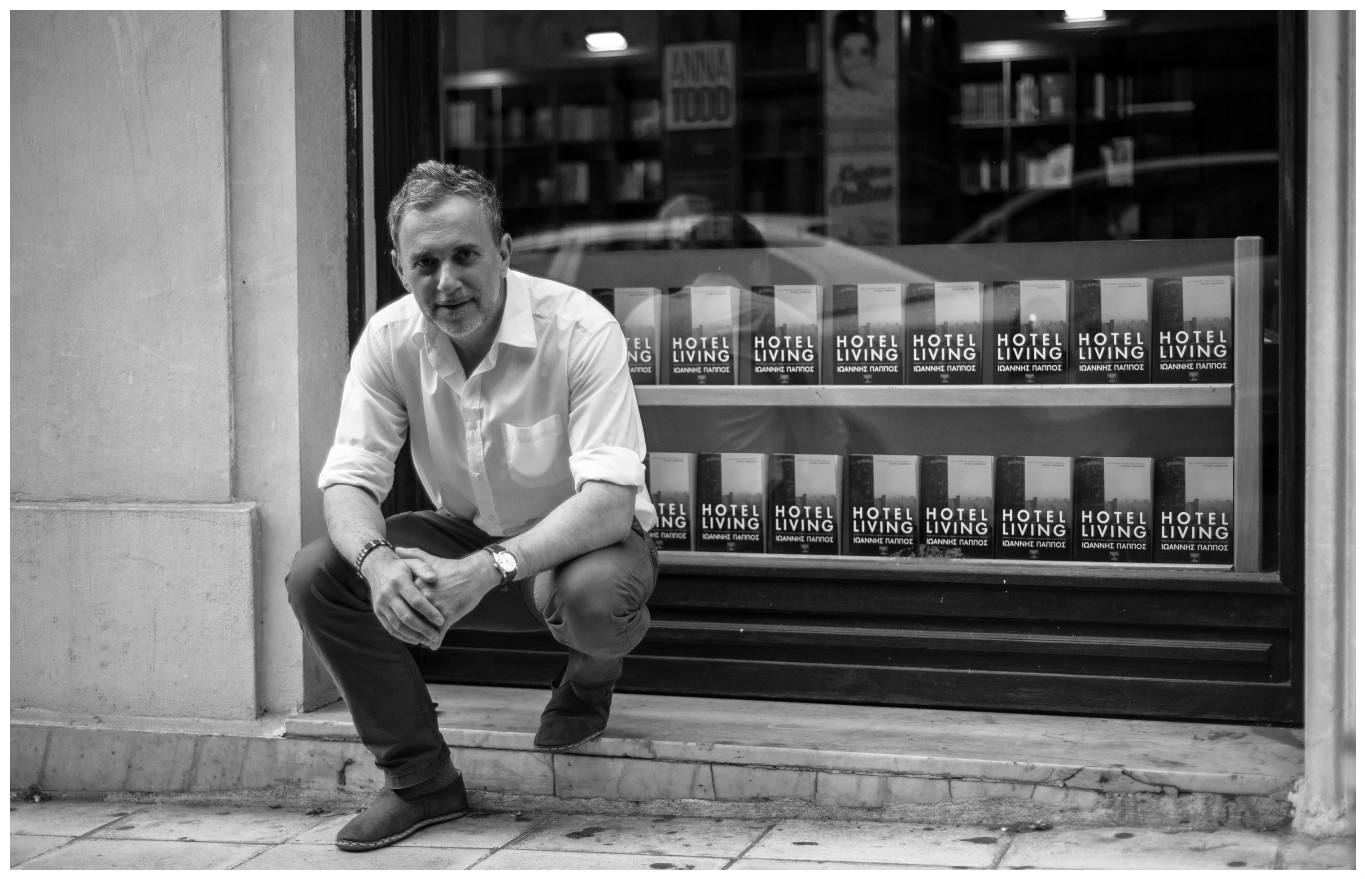 Ioannis Pappos spoke to Reading Greece* about the story behind Hotel Living noting that it is “a story of excess and unhappiness, part of the culture of the previous decade in New York City and other megatowns” where the book is plotted out. Asked about how the American society has changed since the book was written, he comments that although “the States were an example of common commitments and efforts; not an example of isolation”, “the last decades had some detours” and “right now we are at the brink of the most dangerous political order I have witnessed in a democratic society, both internally and externally”.

He also comments on how the emergence in American literature of important writers who live in the US as first generation immigrants has helped reduce the objectification of minorities, thus helping pluralism, he notes that literature should not have an agenda and concludes that although we have great Greek writers, both new and older, the biggest barrier in Greek literature flying abroad is “the lack of quality editing”, the fact that no real book-doctoring is done in our books.

Michael Cunningham characterized Hotel Living as The Great Gatsby of our era while, as Edmund White eloquently put it, “if Trollope were alive today and he wanted to write The Way We Live Now about New York’s élite consultants, he would have written Hotel Living”. What’s the story behind the book? Are there autobiographical elements in it?

I wrote Hotel Living during a period that I was rather confused; personally and professionally. I needed, somehow, to reboot, and I started writing a diary. Soon I realized that a deeper story was haunting me; dazzling and dark at once. It was a story of excess and unhappiness, part of the culture of the previous decade in New York City and in other megatowns where Hotel Living is plotted out. I believe that that was what Michael Cunningham and Edmund White read in my novel. Thus the comparison with F. Scott Fitzgerald. Was my novel autobiographical? Obviously I am not Stathis Rakis—the protagonist in Hotel Living. Having said that, it’s also a very real novel: I lived those characters. I had to be them while writing, had to go there.

You have characterized Hotel Living as one of the “first post-gay novels” to be written and yourself as a “transient writer”. Could you elaborate on both?

The characters in Hotel Living are simply sexual. They are neither hetero-, nor homo-sexual. Sexuality, as simplistically as sometimes we define it, is not relevant in my book. People fall for people, not in a leveled bisexual way, but in a ‘character’ way. One of the most beautiful scenes in the book is where sex is offered out of love within a friendship. On the other end, sex is also used as a weapon to conquer. Fucking an alpha male can be about power and control.

Why I called, call myself transient writer? I am transient as long as I am still figuring things out. I have friends writers. Born to do that. Period. For me, I don’t know. I come from the white-collar side of the woods. I write now. I am hooked to writing, it is very addictive, but I’ve gotten rid of many addictions before. I don’t know exactly where I am going. And that makes life a touch more interesting. We’ll see.

Would you say that the book a fictional account οf the business world in the pro-crisis period? How has the American society changed since then? Are there any similarities to be drawn with the Greek crisis?

Hotel Living includes a fictional account of the business world in the ’00s. As I said, it is a ‘real’ novel. I wanted the reader to be in the boardroom with those executives, and experience things played out as unedited as possible. Where are we now? Well, of course the American society (corporate and beyond) keeps changing. When I grew up in Greece, the American model was not one of parity (the disillusionment of merit), not one of equal rights (we are still working there) but there was pride in being an American. There was goodwill, some shared optimism towards a bettering direction, part of the values of all the people with the will and skill and charge to go West and make it, and lead by example.

America was leading by example—at least some of the world. John Wayne and Joan Didion were not paving the path for the cowboy capitalists. The States were an example of common commitments and efforts; not an example of isolation. The last decades had some detours (and the period of Hotel Living is one of those scary turns) but right now we are at the brink of the most dangerous political order I have witnessed in a democratic society, both internally and externally. Greece may be broke and broken, but Greece is not mean. 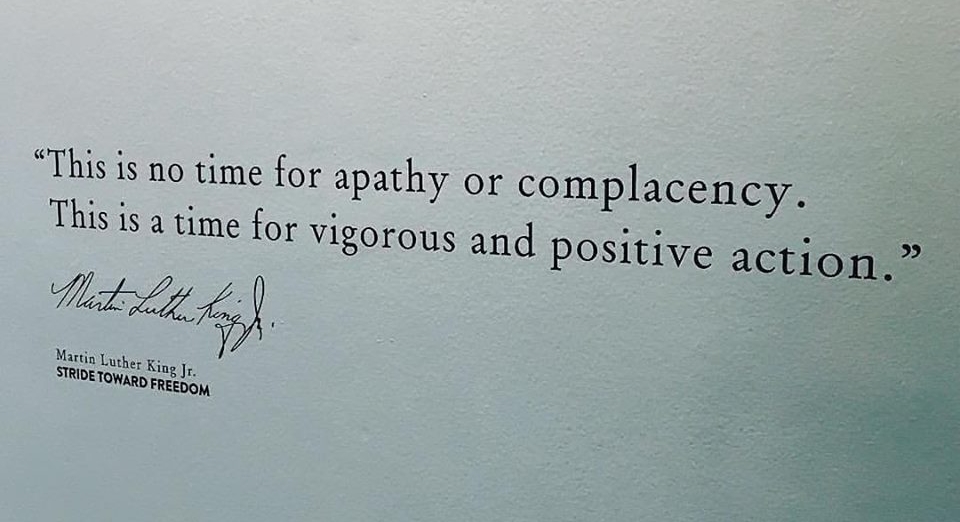 In recent years, the American literature has seen the emergence of important writers who live in the US as first generation immigrants, as is the case of Junot Diaz and Justin Torres. Would you say that the particularities of origin and language are conducive to the creation of a distinct literary style?

I am not sure if it is a distinct literary style per se, but it definitely helped pluralism, and the de-exoticizing of the immigrant voice. Diaz and Torres—I love their writing—, to me, they reduce the objectification of minorities, thus add to real pluralism. And that is very American.

“Greekness takes a lot of shapes, colors and sizes and it’s not really the cookie-cutter mold that many here in America believe it to be— language, faith, baklava”, as Gregory Pappas aptly put it. Could literature be used to debunk stereotypes about Greek national identity and mentality?

Literature is literature. Should not have an agenda. Literature has side effects and consequences—your previous question—but using literature to debunk anything has a Soviet connotation to me. I’ll never do it. Don’t do it.

“I am inspired by young Greeks. Especially by the generation molded during the crisis. They have a stoicism that contains an incredible beauty…” What about the new generation of Greek writers? Could they make Greek literature appealing anew to foreign readers?

As we covered, I’m a “transient” writer. So, expressing an opinion on other writers, or giving advice, is something challenging to me. I read Greek writers, and we have great writers, new and older. The biggest barrier I see in our writing flying abroad is the lack of quality editing. I don’t see real book-doctoring done in our books. We have raw talent, and then some, and yet simple technical stuff—say, arcs, character development, appropriate show vs. tell—are painfully missing. Call me a traditionalist, but I like a novel to have a beginning, a middle and (a clear) end.